'Tis the season of giving!

For this week's power rankings -- voted on, as always, by ESPN's panel of experts -- we decided to assign a holiday gift to all the teams as they enter their Christmas break.

What do you give the team that literally has it all, including a surplus of capable defensemen? Here's a luxury gift: figuring out a way to keep Erik Cermak's role and confidence intact.

The perfect present for the Maple Leafs? An entire month when we don't hear about Mitch Marner's and Auston Matthews' looming contract talks. OK, a month might be a lot. Let's start with a week.

The Jets could be that one uncle who just gives everyone a lump of cash. This team has hit full wagon status again but might not be able to stay that way with so many of the young stars needing to get paid.

The Predators need new luggage or something to shake the bad juju of their past few road trips. After starting the season with eight straight road wins, Nashville has since gone 0-6-2 away from home.

The Flames' high-octane offense is getting all the hype, but perhaps the team could use some more attention for its captain, defenseman Mark Giordano, who is quietly building a Norris Trophy case.

We'll give a gift to Alex Ovechkin: some new shelving at his house. It already feels like an inevitability that No. 8 will be racking up some postseason hardware yet again.

A gift for the Sharks would be if this version of Timo Meier sticks around for good. It has been a tremendous breakout season for Meier, who is still over a point-per-game pace through 32 games.

The Avalanche could use a mental reset for goalie Semyon Varlamov. He recently endured a five-game stretch in which he went 1-3-0, with an .844 save percentage and a 5.32 goals-against average.

The Sabres have already been gifted with a perfect linemate for Jack Eichel, steadier goaltending and defensemen who can actually score. The only present they're looking for this year is one they can get themselves: to stay in playoff position.

An early Christmas present is on the way for the tough-luck Bruins. Patrice Bergeron -- out since Nov. 16 because of rib/sternoclavicular injuries -- could return as soon as this weekend.

The Ducks aren't asking for anything big after all of GM Bob Murray's small moves (Daniel Sprong, Pontus Aberg) seem to be panning out. That said, they'll gladly take one of their injured players back soon. 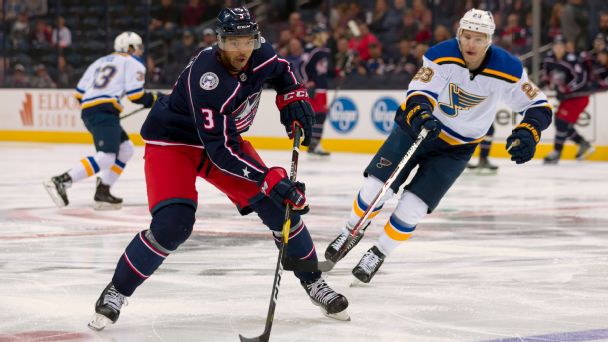 A nice gift for the Blue Jackets would be more tight, grind-it-out games. That's the identity that seems to suit them best (see: 1-0 win against Golden Knights this week).

The Golden Knights covet a lot of things they had last season, including home-ice advantage. They already received their gift: After a league-high 22 road games until now, Vegas gets 11 of 16 at home before the All-Star break.

The Oilers are surging of late, but let's give new coach Ken Hitchcock what he wants this year, and that's more opponents penalized for malfeasance against his star player, Connor McDavid.

This might be a gift mostly for the fans, but the Islanders could benefit from forward Josh Ho-Sang getting an extended stay in the lineup.

The Stars could use some Tupperware to bring their home-cooked meals on the road. Once again, they are a much better team at home (11-3-1) than away (6-11-2), and a recent winless road trip pushed them out of a wild-card spot.

All the Wild want for Christmas is ... a little better injury luck. Just as captain Mikko Koivu returns to the lineup, Minnesota loses one of its top defensemen in Matt Dumba through at least the Christmas break.

Despite ranking above league average in goals per game, the Canadiens could use improvements on their power play. The Habs rank 30th in the league at 12.4 percent.

The Penguins are probably still in the market for a defenseman, but the group they have could be a bit more responsible. They've given up the third-most shots since Dec. 1, with 339, ahead of only the Blackhawks and Senators.

The Rangers could use some defensive help in front of Henrik Lundqvist. Are they going to get it? Probably not. The closest will be the reintroduction of Adam McQuaid, who missed nearly two months.

Vancouver might not mind getting the gift of tempered expectations for rookie sensation Elias Pettersson. Just kidding. Flashing a ridiculous 1.13 points per game, he's the real deal. We're all-in on the hype train, too.

The continued ascent of defenseman Thomas Chabot -- especially as an offensive weapon for a team sans Erik Karlsson on the blue line -- is much better than the coal this team received for the past several months.

The perfect gift is something you want but wouldn't necessarily buy for yourself. For the Canes, that's extra scoring punch. Will they break with tradition and get it themselves (before the season spirals away)?

Let's tidy things up. What the Red Wings could use is a little less sloppiness; they lead the league with 473 giveaways and are tied for third with 146 penalties.

The best gift for the Panthers right now might be a shakeup. As Buffalo coach Phil Housley said before the Sabres played Florida this week: "They're a very desperate team right now. They understand time is not on their side."

Can Adin Hill be the gift that keeps on giving? In nine games, the rookie has a .926 save percentage, 1.97 GAA and one shutout, easing the loss of Antti Raanta for now.

Honestly, the Blues just need to throw a big holiday party to get everyone on the same jolly page. Despite a few good wins lately, this still feels like a discombobulated team.

A nice gift would be if Carter Hart was the end of Philly's never-ending goalie search. The Flyers became the second team ever to use six goalies by Christmas (the first being the 2002-03 Blues).

If the Kings can't get a full reset on the 2018-19 season, perhaps they'll settle on something small; maybe something like a point in three consecutive games, something they haven't been able to achieve all season.

Chicago is wishing for good health for goalie Corey Crawford. It was lovely to see Crawford back after 10 months away while dealing with post-concussion symptoms but scary to see him diagnosed with a concussion yet again almost exactly one year after his last one.

The No. 1 item on the Devils' wish list is not an easy gift to find: goaltending help. New Jersey must seriously contemplate what life might look like if Cory Schneider (currently on injured reserve) never returns to form.