The NHL returns on Saturday, with a five-game slate beginning at noon ET with the New York Rangers against the Carolina Hurricanes and lasting through the Winnipeg Jets-Calgary Flames tilt that begins at 10:30 p.m. ET.

As a service to fans who have a general interest in NHL hockey but have no idea what has happened in the past six months or why they're playing again this summer, we're happy to provide the FAQ as a guide to the 2020 Stanley Cup playoffs.

So in essence, let's get you caught up on everything you missed (or forgot) and learn how the league created "March Madness, but for hockey."

Q. How incredible is it that the NHL is coming back?

It's incredible that any professional sports league is attempting to return to play during a pandemic, as COVID-19 forced the NHL to pause its season on March 12. It's incredible that the NHL and the players managed to put their differences aside to craft a four-phase plan to restart the season, at the same time they negotiated a six-year extension on their collective bargaining agreement -- as, you know, the NHL is much better at canceling its games than resuming them.

And, of course, it's incredible we're going to watch the Stanley Cup playoffs being played in August, alongside all the other sports restarting at the same time.

Q. The NBA has a bubble. Does the NHL have a bubble?

Not that it's a competition or anything ... but the NHL has two bubbles.

The 12 Eastern Conference teams will be housed in two hotels in Toronto and play postseason games in the Maple Leafs' arena. The 12 Western Conference teams will be housed in Edmonton and player in the Oilers' arena. The games will not have fans in attendance. Players will be tested for COVID-19 on a daily basis, as will anyone who might interact with the players inside the bubble -- team and league staffers, hotel workers and the like. The league is prepared for positive tests, and intends to play on if there are only a few of them. The protocols agreed to by the league and its players spell out the quarantine and recovery periods for anyone symptomatic or asymptomatic who tests positive.

The league has created mini Olympic villages in the two hubs, with restaurants and common areas and leisure activities. Players must remain in the bubble at all times, save for a few field trips that the NHL is planning for later in their stay. And by "field trips," we mostly mean golf outings.

Quite the mathematician, eh? For its restarted season, the NHL has expanded the postseason field to 24 teams, up from the traditional 16. There are 12 teams from the Eastern Conference and 12 teams from the Western Conference, seeded by their points percentage in the standings as of March 12. Expanding the playoffs was seen as essential because teams had played an uneven number of games (between 68 and 71) and the unresolved playoff races were tightly packed: Just eight points separated the sixth- and 12th-best teams in the West, for example. 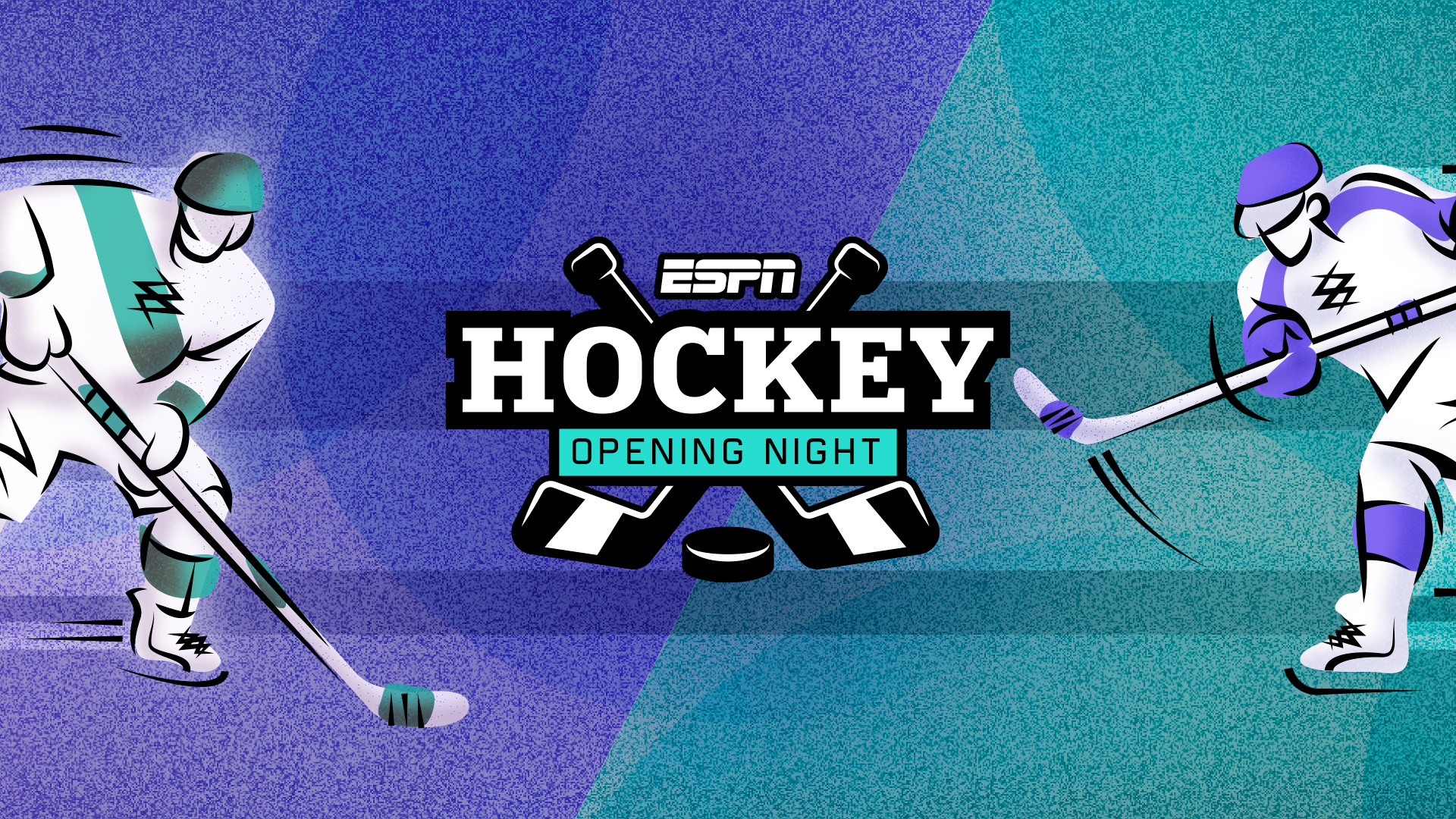 The NHL postseason begins Saturday with a "qualification round," which is split into two different tournaments. The No. 5 through No. 12 seeds in each conference will play in five-game series to determine who advances to the traditional round of 16, where each of the next four rounds will be seven-game series.

Rather than having byes, the top four seeds in each conference will square off in a round-robin tournament that will determine seeding for the following round. NHL teams asked for the round-robin because they wanted "meaningful games" before facing teams on a roll after their qualification-round series. Be careful what you wish for: With three wins, the fourth-best team in the conference could become the top seed in the conference. Regular-season points percentage will be used only as a tiebreaker. This is huge, because the NHL is reseeding its playoffs for the first time in nearly a decade, rather than having them bracketed. The top seed from the round-robin will play the lowest remaining seed from the five-game series.

Basically, it's March Madness, but for hockey. For example: Monday will feature six games, the first beginning at noon ET and the rest staggered throughout the day through a 10:30 p.m. ET nightcap. It's hockey heaven for fans. (And, the NHL hopes, sports bettors starved for live action.)

Q. Who are the playoff teams?

Technically, no one's a playoff team. At least not yet.

The NHL doesn't consider the qualification and the round-robin to be the playoffs. They are the "postseason." The round-robin games will have regular-season overtime rules, despite these teams already being guaranteed to be "playoff teams" in the next round. The best-of-five series will have playoff overtime rules, despite the fact that the NHL doesn't consider them to be playoff games. But all the stats from these games will be counted as playoff stats.

Welcome to the NHL! Please enjoy our standings. Anyway, here's how the playoffs break down:

Best-of-five series: No. 5 Pittsburgh Penguins vs. No. 12 Montreal Canadiens; No. 6 Carolina Hurricanes vs. No. 11 New York Rangers; No. 7 New York Islanders vs. No. 10 Florida Panthers; No. 8 Toronto Maple Leafs vs. No. 9 Columbus Blue Jackets.

Best-of-five series: No. 5 Edmonton Oilers vs. No. 12 Chicago Blackhawks; No. 6 Nashville Predators vs. No. 11 Arizona Coyotes; No. 7 Vancouver Canucks vs. No. 10 Minnesota Wild; No. 8 Calgary Flames vs. No. 9 Winnipeg Jets.

It's going to be a wild, unpredictable tournament. Whatever happens is going to be surreal. Can you imagine Patrick Marleau of the Penguins outlasting 23 teams to hoist the Cup for the first time in an empty Edmonton arena, and not necessarily against the Oilers?

Q. Hold on: Patrick Marleau is a Penguin?

The NHL trade deadline was on Feb. 24, which in pandemic time means it happened eight years ago. So let's catch up on some old faces in new places for some teams participating in the postseason.

Q. Any injured players who are back due to the season pause?

The Blues finished atop the Western Conference with star winger Vladimir Tarasenko limited to 10 regular-season games because of a shoulder surgery. They hoped to have him back for the later rounds had the playoffs remained on schedule; instead, they'll have him at the start. Ditto the Penguins and top-line winger Jake Guentzel, who had shoulder surgery and was due back in June. Columbus defenseman Seth Jones, Carolina defenseman Sami Vatanen, Tampa Bay forward Steven Stamkos, Vegas forward Mark Stone and Colorado forwards Mikko Rantanen, Nathan MacKinnon and Nazem Kadri and goalie Philipp Grubauer are also ready to go after late-season injuries. Carolina defenseman Dougie Hamilton had surgery to repair a fractured fibula in his left leg in January and was on track to return to the team for the postseason. However, he's out of the lineup again, as coach Rod Brind'Amour said Hamilton is "unfit to play at this moment." As is every player out of the lineup.

Q. What does "unfit to play" mean?

The NHL has instituted a new injury reporting policy due to the COVID-19 pandemic. Because of player concerns about medical privacy, the league has taken over all injury reporting. It doesn't matter if a player tests positive for coronavirus or if he is out because of a groin injury; teams and players are instructed to simply refer to them as "unfit to play."

Q. For those who do play, what are these games going to be like?

To overcome the maudlin reality that the Stanley Cup playoffs are being held in cavernous empty arenas, the NHL has basically constructed a large television studio with the rink in the middle of it. The lower bowl seats are tarped off. Large banners and video screens are hung behind the players' benches and around the rink. There are 12 additional cameras set up in each arena, including a large one on a crane that will capture aerial views of the game.

As for the sounds of the game, they're going to play the usual mix of songs during stoppages in play. They'll also play goal songs for both home and road teams, to keep the energy up. The NHL is using EA Sports' library of crowd noise to re-create the buzz of the fans for TV and inside the arena. They had season-ticket holders from the postseason teams record cheering and chanting that will be played during games. They also had fans record booing, but the NHL said we probably aren't going to hear those dropped into games -- although hearing it when Gary Bettman hands out the Stanley Cup is a possibility, thus continuing one of the NHL's greatest postseason traditions.

Q. So that's the postseason. What about the offseason?

Oct. 4 is the last possible day for the Stanley Cup Final, although that could be subject to change. If it holds, then the 2020 NHL draft would be held a few days later on Oct. 9-10. Free agency would begin around this time as well. The 2020-21 NHL regular season is set to begin on Dec. 1. So the offseason is rather truncated, which is why the NHL held its draft lottery before returning to play. And will hold a second one in a few weeks.

Q. There are two draft lotteries?

NHL teams were worried that the same team could win the draft lottery and the Stanley Cup in the same season. So the league came up with a new format to prevent that from happening, in theory. The seven teams that didn't advance to the postseason were put in a lottery, as were eight "placeholders." If the placeholders won any of the three lotteries held for the top three picks, a second lottery would be held after the qualification round in which the teams that were eliminated in their five-game series would have a chance to earn that placeholder spot and draft in the top three.

Well, guess what happened? A placeholder team won the lottery for the first overall pick, meaning that one of the eight teams eliminated will draft winger Alexis Lafreniere, a Canadian prospect seen as a foundational talent in the NHL.

Again, welcome to the NHL. Now, let's talk about escrow and salary-cap linkage ...