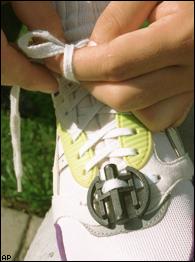 Gone is the narrow spot on the course near Kenmore Square where, in 1980, witnesses watched Ruiz, then a 23-year-old New Yorker, jump from the crowd to take a spot in front of the leading pack of the world's most prestigious race. Gone is the clipboard-and-stopwatch timing system that allowed her to sprint the final half mile of the course and claim to have run its entire length in near-record time. Gone is the obscurity that once shrouded the women's field, allowing Ruiz to pull off -- albeit briefly -- one of the most audacious frauds in sports history.

Today, 25 years later, that fraud has been completely undone. Ruiz has faded into obscurity in south Florida. Jacqueline Gareau, the Canadian runner who watched her trophy and credit go to Ruiz, will finally receive her champion's laurels as Grand Marshall of this year's race.

Television cameras, which rarely showed female competitors a quarter century ago, now follow the leaders from start to finish.

Still, Ruiz has left an indelible imprint on Boston and other marathons around the world, race officials said. From computer chips imbedded in runners' shoes to a network of digital video cameras tracking the race, Ruiz's legacy is a near foolproof monitoring system that allows officials to track every one of the tens of thousands of runners in the race. It's a boon to organizers and a benefit to spectators, who can follow their friends' progress on computer screens around the world. It's a system increasingly standard to road races around the world.

"There's two obvious things different today," said Dave McGillivrey, race director for the Boston Marathon. "One is certainly technology, in the form of chip systems and the way we're able to track runners along the course and know at all times who's in the lead and what their splits are. And No. 2, there's now TV vehicles right out in front. ... If someone jumped in front of the TV truck, it's going to get noticed."

In the early days of the 109-year-old race, officials relied on volunteers to track the runners' progress along the 26.2-mile course from Hopkinton to Boston. The technology used was no more complex than a notebook and a ballpoint pen. "When runners went by a checkpoint, volunteers wrote down their bib number and their time," said Jack Fleming, a spokesman for the race. Those volunteers worked in pairs and brought their notebooks back to a central point for analysis. "At the end of the day, you could put the pieces back together again -- see that No. 10 was in 10th place at five miles, fifth place at 10 miles, and so on."

That system grew increasingly complex over the years, in order to disseminate information to the increasingly large crowd of media camped out at the finish. Radio reports began updating the public about the progress of the leading men, while the checkpoints evolved into course landmarks: the Framingham train depot at the 6.5-mile mark, the Natick Center at 10.5 miles and so on.

"It was still strictly amateur," Fleming said. "You got up on Patriot's Day, you went to your station and you did your thing."

By 1980, volunteers were tracking the 50 top runners at each checkpoint. But those were, for the most part, men. The women's race started in 1972 but didn't gain notoriety until Ruiz put it in the spotlight eight years later.

It wasn't that the checkpoint system didn't work. In fact, race organizers used data from the checkpoints to confirm eyewitness reports that Ruiz had cheated. It's just that the system didn't work in time to prevent Ruiz from scamming her way onto the podium. "After that, everyone stepped back and said 'We need to go a lot deeper,' " Fleming said.

Adding prize money to the mix, as organizers did in the 1986 race, increased the need to ensure the marathon's integrity. Organizers increased the number of checkpoints to 14, and added video surveillance along the route. The addition of live broadcasts of both men's and women's races also reduced the possibility of a cheater jumping in at the last minute. Drug testing became increasingly prevalent, and the corporate sponsor who provided the cash purse also gave money for crowd control.

"In 1980, where Rosie Ruiz is believed to have stepped in right around Kenmore Square, the crowds were so thick they were encroaching right on the runners, who were almost forced to run single-file," Fleming said. "Now everything's back behind barricades so jumping in would be much more difficult to do."

But the most dramatic change came in 1996, when organizers began supplying each runner with a small computer chip. According to several manufacturers, these chips are encased in tiny, nearly weightless plastic packages that lace into the runners' shoes or attach to their bibs. When a competitor crosses a mat placed on the tarmac at each of the marathon's checkpoints, the mat reads information from the chip and transmits it to a computer.

The system allows officials to track and time thousands of runners, while spectators can follow any runner through their computer. The New York Marathon added chip technology in 1999. Today, spectators can have updates on the progress of any runner sent directly to their cell phone.

"What (organizers) do after the race is run a report on the chips, and it shows anytime anyone's missed anything," said Maeve Mullally of the New York Road Runners Club, which organizes the event that draws more competitors than any other marathon.

A race the size of the Boston Marathon requires 11 different chip systems, supplied by independent contractors, in order to provide chips for all runners. It also requires a computer hub staffed by networking specialists from Hewlett-Packard, a sponsor.

The final big advance arrived this year, in the form of digital cameras synchronized with the computer chip. As runners trigger the mats on the course, the cameras follow their movements. This allows organizers to verify that chips are, in fact, being worn by the correct runners. It also allows the company supplying the cameras to extract 15 to 20 seconds worth of footage from each checkpoint and sell runners personalized DVDs of their own highlights.

Taken together, officials said, such measures practically ensure cheaters will get caught. But not cheaply. Plenty of runners complain about the race's $75 entry fee, which helps pay for all the technology. But the money helps ensure that people who successfully run the race don't share their honors with Ruiz's imitators, McGillivray said.

"In terms of the winner, that will never happen again," McGillivray said. "What about in the back or middle of the pack? There are always people who will try to jump in, beat the system and steal a little glory.  Do some people get away with jumping in?

"Anyone who does," he said, "it's not going to affect the standings in any significant way."

Aaron Kuriloff is a freelance journalist and regular contributor to ESPN.com. He can be reached at aaron.kuriloff@gmail.com.