A decision in the Floyd Landis doping case will almost certainly come by the end of September, according to a memo written by the chairman of the three-man arbitration panel and sent to parties in the case. 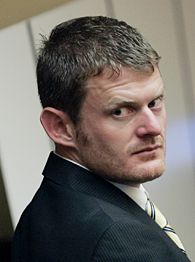 In the memo, obtained by ESPN.com Thursday, panel chairman Patrice Brunet, a Montreal lawyer, told lawyers for both sides that the arbitrators plan to hold the last of their meetings with their own scientific expert, Dr. Francesco Botre, on Sept. 12. Botre, the director of the World Anti-Doping Agency-accredited lab in Rome, Italy, attended the entire hearing in order to collect information and present his opinions privately to the panel.

After that session, Brunet wrote, the panel expects to be able to formally close the hearing -- an action that would start the official clock ticking. The panel must issue a decision within 10 calendar days of closing the hearing.

The memo offered no real clues as to why the panel has taken three months to reach a decision in the case, in which the 2006 Tour de France winner is disputing his positive test for synthetic testosterone in the crucial Stage 17 of that year's race.

"The panel remains acutely mindful of the timing issues in connection with this case; however, the Panel also needs to verify an important volume of technical information, which is at the very core of this arbitration," the memo stated.

Whatever the decision in the Landis case, the ruling could be a landmark one for cycling, anti-doping authorities and accused athletes in any sport because of the high profile and costliness of the case and the issues it raised about the fairness and accuracy of the system. Either side can appeal the decision to the Court of Arbitration for Sport in Switzerland.

Testimony in the hearing, held at the Pepperdine University School of Law in Malibu, Calif., took nine days and ended May 23. Landis' defense focused on shedding doubt on the credibility of the Chatenay-Malabry laboratory outside Paris where the test samples were processed.

His lawyers accused lab technicians of failure to follow proper procedures and incorrect scientific interpretation of the test results, while attorneys representing the U.S. Anti-Doping Agency brought in experts to support the findings.

Most of the evidence offered by both sides was scientific in nature and the full transcript of the hearing ran to about 1,800 pages. However, part of the hearing devolved into personal issues when three-time Tour winner Greg LeMond testified that Landis had obliquely told him he was guilty in a phone conversation not long after the positive test was revealed.

Landis denied that allegation, but had to fire his business manager, Will Geoghegan, when it was revealed in open court that Geoghegan had placed a threatening phone call to LeMond the night before LeMond was scheduled to testify.

Maurice Suh, Landis' lead lawyer, said he could not comment on anything regarding the case or its timetable.

USADA general counsel Travis Tygart told ESPN.com on Friday he would not comment on the memo, reiterating he cannot discuss the case until it is resolved.