MOSCOW -- Russia's top Olympic official expects a final decision by Sunday on whether the entire Russian team will be banned from next month's games in Rio de Janeiro over allegations of state-sponsored doping.

The IOC is examining the legal options of a blanket ban following a report by World Anti-Doping Agency investigator Richard McLaren that accused Russia's sports ministry of overseeing doping of the country's Olympic athletes.

"The issue will be finally resolved by the end of this week, probably on Sunday,'' Russian Olympic Committee president Alexander Zhukov said Wednesday at a meeting of the ROC.

Zhukov said his committee did not discuss the McLaren report at its meeting, although he also did not rule out legal action if Russia is hit with a total ban from the games. 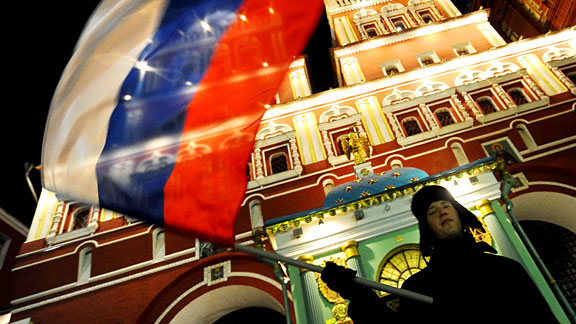 She led the Russian gymnastics team that narrowly failed to beat the U.S. to gold in the women's all-around in 2012 and also won individual gold in the uneven bars. While Mustafina has been plagued by injuries since, she bounced back with two European championship gold medals last month.

One of the world's top breaststroke sprinters, she bounced back from a drug ban to win 100-meter gold at last year's world championships. Efimova missed four months this season after testing positive for the banned substance meldonium but was given a reprieve and won the 200 at her comeback meet in Los Angeles on Sunday.

The world record-holder in the pole vault and a two-time Olympic gold medalist's hopes rest on a successful appeal of Russia's track and field doping ban from the Games at the Court of Arbitration for Sport. She represented Russia's athletes at a crucial CAS hearing on Tuesday in Switzerland.

With three Olympic and 19 world championship gold medals to her name, Ishchenko typifies Russia's total domination of synchronized swimming -- it has won every Olympic event this century. If no Russians compete in Rio, China and Spain would fight for the two gold medals on offer.

The top scorer when Russia won the men's volleyball competition at London 2012, Mikhailov would be a formidable opponent in Rio. Host nation Brazil had to settle for silver four years ago but is fired up for a gold medal in front of its home crowd. The absence of the Russian team would make that mission significantly easier.

The Court of Arbitration for Sport will issue its verdict Thursday on Russia's appeal to overturn the IAAF ban on its track and field athletes for the games. The IOC will take that ruling into account before making its own decision.

Zhukov said he was hopeful of winning the appeal, adding that Russia's plans for the Olympics assumed the track and field team would be allowed to compete. Russia plans to send a total of 387 athletes, including 68 in track and field, he said.

"Of course we hope for a CAS ruling in our favor,'' Zhukov told state TV. "It would be, I'd say, a serious precedent for the other federations' decisions.''

Regardless of how the various doping-related cases turn out, Zhukov said a Russian Olympic boycott was out of the question.

"These boycotts just lead to a breakup of the Olympic movement,'' he said. "I think that Russia will never take part in any boycott.''

The Soviet Union boycotted the 1984 Olympics in Los Angeles, retaliating for the U.S.-led boycott of the 1980 Games in Moscow that followed the Soviet invasion of Afghanistan.

The IOC executive board held a meeting by teleconference on Tuesday to consider its steps in the wake of the McLaren report, which found that 28 summer and winter Olympic sports were affected by state-operated cheating in Russia.

WADA and other anti-doping officials urged the IOC to consider the unprecedented step of excluding the entire Russian team from the Rio Games.

The IOC said it "will explore the legal options with regard to a collective ban of all Russian athletes for the Olympic Games 2016 versus the right to individual justice.''

The IOC also started disciplinary action against Russian sports ministry officials and others implicated in McLaren's report, and said they would be denied accreditation for the Rio Games. The list includes Russian Sports Minister Vitaly Mutko.

The IOC can also let individual international federations decide to ban Russians in their own sports.

The international rowing federation said Wednesday it was investigating whether Russian rowers' places at the Rio Olympics could be reallocated to athletes from other countries "if there would be a blanket ban on the Russian team or any other ban.''

Russia has five rowing crews entered for the Olympics after a sixth crew was disqualified earlier this month for a doping violation in qualifying.

World Rowing also said it "is undertaking a complete review of testing of Russian rowers since 2011'' and has asked WADA for any evidence related to doping by Russian rowers. The McLaren report alleged 11 failed drug tests in rowing had been covered up by Russian officials.