TAMPA, Fla. -- Amanda Kessel is one of the most famous women's hockey players in the world. She's a crafty forward with scoring prowess, a two-time world champion who helped Team USA win silver in the 2014 Olympics and Minnesota clinch three NCAA championships. She holds the distinction of being the National Women's Hockey League's highest-paid player and was one of the faces of the American women's hockey team's fight for equity last year.

But if you sit down with Amanda Kessel, as ESPN did over coffee last week, three days before she jetted off to Pyeongchang for the 2018 Olympics, it's clear that she's actually a pretty regular 26-year-old. She's addicted to coffee and drinks several cups a day. She also loves to shop -- perhaps too much, as her mother often reminds her -- and has been contemplating her Olympic packing list for weeks.

She has regular 26-year-old problems, too. For example: "I'm kind of stressing because I really need to find a job," she says, "and figure out what I'm going to do with my life."

It's a sobering reminder that as far as women's hockey has come in this country, it still has a ways to go. And also that the root of Team USA is humility -- even as its players absorb a brighter spotlight than ever before, they are fiercely focused on reaching the gold medal game again and getting revenge on rival Canada. After that, Kessel says, she'll figure out what comes next.

To even get to this point, Kessel has overcome a lot. It began with a fluke play in a scrimmage before the Sochi Olympics. Somebody tripped, triggering a chain reaction, and Kessel careened headfirst into the boards.

The concussion symptoms didn't fully emerge until after the Olympics, but they came with a fury. After missing the 2013-14 season with the Gophers to train for the Olympics, Kessel sat out the next season -- and was relegated to her couch. 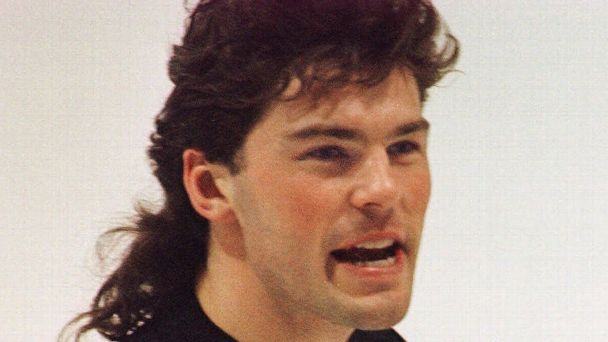 After weighing in on the long farewell to Jaromir Jagr's NHL career, Greg Wyshynski and Emily Kaplan share their reactions to All-Star Weekend in Tampa, including the success of the Skills Competition and whose star shone the brightest as well as the dimmest. Plus, we hear from Kevin Weekes of the NHL Network on goaltending controversies and Amanda Kessel of the USWNT, in addition to some reckless speculation on Erik Karlsson's future and relocation. Listen »

"I was feeling crappy every day," she says. "I would wake up every morning just hoping I didn't have headaches. I would say, 'Please, just let me wake up and feel OK.' But I was losing hope."

She was doing everything right -- going to sleep early and getting a lot of rest -- but still, the effects lingered. She would go for a 10- or 15-minute walk and feel worse. Even having dinner with family was a struggle.

"Just the stimulus of the environment got to me," she says. "Oh, and the sensitivity to natural light was the worst."

Unable to work out, she lost nearly 15 pounds. She also lost touch with most of her friends and teammates, except the handful she was closest to. "It's hard," she says. "I think a lot of people just don't know what to say to you."

By the summer of 2015, she was convinced that she would never play hockey again. She then saw a specialist in Pittsburgh, Dr. Michael Collins, who prescribed, among other things, activity. Yes, going for a walk is difficult, but push yourself to do 30 minutes of cardio, he urged her. Go see friends, even in a restaurant.

After nearly two years of wallowing, Kessel got off her couch -- and slowly she returned to her normal self. She returned to Minnesota, at age 24, to finish her degree in sports management and rejoined the Gophers. Naturally, her teammates nicknamed her "Grandma." She was fine with that, as long as she was playing.

She's also fine being a de facto concussion poster girl. She gets flooded with messages from young girls and families asking for advice. "One family I was talking to, it's been a few years for them," Kessel says. "The parents are starting to feel depressed, too, because they are doing everything they can to help the kid, and the kid is just losing hope. I tell them to stay active, that's what helped me. I also tell them to stay positive. I had doubts I'd ever get back here, until I stayed positive."

When Kessel was growing up in Madison, Wisconsin, there simply weren't many girls' youth teams. "A lot of us had to play for boys' teams," she said. Kessel played for the Madison Capitols Bantam boys' team before going to the famed prep school Shattuck-St. Mary's, to play for its girls' team. Opportunities for female hockey players were limited at every level.

"Even when I went to college, I didn't think there was somewhere I could play after college," she says. "What's great now is that there is."

In 2016, Kessel signed with the New York Riveters of the NWHL, which was notable because she was the highest-paid player in the league. Her salary? It was $26,000 for the season, which is hardly a livable wage, especially in New York. She negotiated without an agent, because she needed to squeeze every dollar she could. 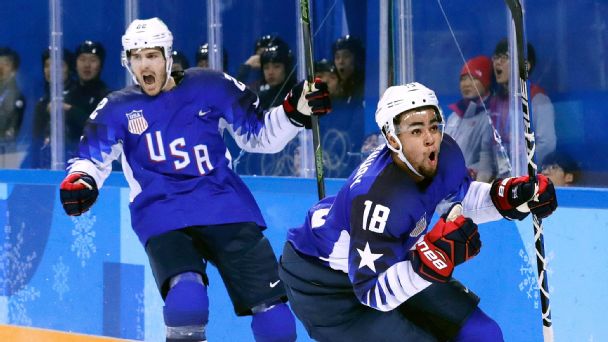 "We've come a long way with women's hockey, but still, I think a lot of people [in America] don't realize that there's a women's league," Kessel says. "I also don't think a lot of people realize most of the players are also working normal jobs. Probably 99 percent are playing hockey and have a full-time job. My roommate was a recruiter. Another [teammate] worked in the fashion industry, one was studying to be a lawyer and worked at a law firm, a few others teach hockey."

When Kessel played last season, she was the only one who didn't have another job. (She took this season off from the NWHL to train with the national team in advance of the Olympics.) Her dream is to live in New York City. She loves the energy, the shopping and the cuisine.

Instead, she crashed with two other teammates across the Hudson River in Jersey City, New Jersey. They would go into the city sometimes but found that a dinner and a few drinks would exceed $100 every time. "I just can't afford it," she says. "So I need to find something part-time, but it needs to be flexible because of hockey. Weekends aren't good, so it would be hard to find something in sports."

Kessel says players are fined $25 or $50 if they miss practice, which the coach doesn't love, but it's sometimes necessary given their other job schedules. "I guess I could work from home, but I wouldn't like that as much because I want to be around people," she says. "I probably could just work part-time at a restaurant, but I want to do something where I can get experience. I'm not going to play hockey forever, so I need to think about that."

When the Olympics are over, she'll take some time off, then do what most job-seekers do: search online. She makes some money by hosting a hockey camp over the summer and is working on her own clothing line for Gongshow Gear. She has appeared in one commercial, alongside her brother, Phil, for Cigna as part of a cancer-awareness campaign. (Phil was diagnosed with testicular cancer as a rookie.) Endorsements can be tricky for female athletes, especially in a team sport where, Kessel says, "you don't want to set yourself apart, and nobody wants to be bigger than the team or anyone else."

In 2017, after more than a year of negotiations over wages and training conditions, the women's national team announced it would boycott the International Ice Hockey Federation Women's World Championship if significant progress wasn't made toward an agreement. It wasn't just more money that the women were fighting for. They were simply asking USA Hockey for a livable wage, as it takes year-round training to remain elite. (And they weren't getting those wages in the professional league, which slashed the salary cap for each team to $270,000.)

The grievances also covered basic tenets, such as how the women were treated when they booked flights and hotels, whether they were provided accommodations for guests, as well as day care and nanny support. The women held their ground, even when it looked like USA Hockey wouldn't budge, and finally the sides reached an agreement.

"What is frustrating is sometimes people didn't understand what we were asking for, or what we were expecting," Kessel says. "It's not millions of dollars. We're just trying to have a start we can build off of. We don't want to ask for too much, but we also know what we deserve. We want to put the game in a different place."

Kessel has some ideas on how to grow women's hockey. Since she's been away from the Riveters, they have been bought by the New Jersey Devils' ownership group, which she says is promising. "Marketing-wise, maybe they can convert some of their season-ticket holders to our season ticket-holders, and build a fanbase," she says.

Her ideas are both micro -- "At Minnesota, our arena held 3,500 and I felt like it was the perfect size" -- and macro -- "The biggest challenge right now is having two separate leagues with Canada and the U.S. Maybe if we combined to one league and had six to eight teams, keep it small to start. It would be super, super-talented. To go get both countries on board? It would be great entertainment."

For now, Kessel is worrying about what she can control. She has a strong support system, from teammates to family. That includes Phil, with whom she remains close. They talk regularly, including before last weekend's All-Star Game, when Kessel joined U.S. teammates Hilary Knight and Meghan Duggan to demo drills at the skills competition.

"I was kind of scared," Kessel says. So she texted her brother right before she went on the ice: "I can't believe I'm doing this. I'm so nervous."

And then a followup: "Why are you nervous?"

Indeed, big brother was right. Kessel did just fine. If she had actually competed in the event, she might have beaten some of the NHL players, too.