In recognition of #GlobalRunningDay on June 5, here is an excerpt from "Running on the edge." Learn how legendary running coach Bob Larsen pushed New York and Boston Marathon champion Meb Keflezighi past his limits into an elite runner.

This is not the Mammoth Lakes that Meb Keflezighi remembers from his college days. That Mammoth Lakes, the one he enjoyed in the sparkling late summer, was filled with crisp mornings, warm sunshine, and raucous dinners with his teammates.

Back then Meb and his teammates took turns getting lost on the Inyo Craters trail, which runs off the Mammoth Scenic Loop, and travels through a forest filled with towering, ancient Jeffrey pines. This Mammoth is cold and lonely. The calendar says it's the tail end of the winter, but spring comes late at 8,000 feet. The mornings are more frigid than crisp. The sun isn't all that warm. The company is limited to Philip Price, another top U.S. distance runner, and Bob Larsen, the former UCLA coach who is now guiding these first rocky years of Meb's pro career as part of his effort to bring American distance running back from the dead. That is why they are on this three-week jaunt to altitude.

In March, at the World Cross Country Championships in Belgium, in near-freezing weather, Meb battled his way to 13th place. There were three Kenyans ahead of Meb, but there were plenty of other East Africans behind him, including Kenyans and Ethiopians. And this was the moment when Bob decided to see just what Meb might be able to accomplish with a month in the mountains. When they returned from Belgium, he delivered the message-it's time to go up high.

Days later he's sharing a two-bedroom ski condo with Larsen and Price. Meb has his books, his Bible, even a chilly creek near the condo, with water at roughly 45 degrees, which is perfect for soaking his legs after a run. There is little else to do but sleep, eat, train, and do it all over again. 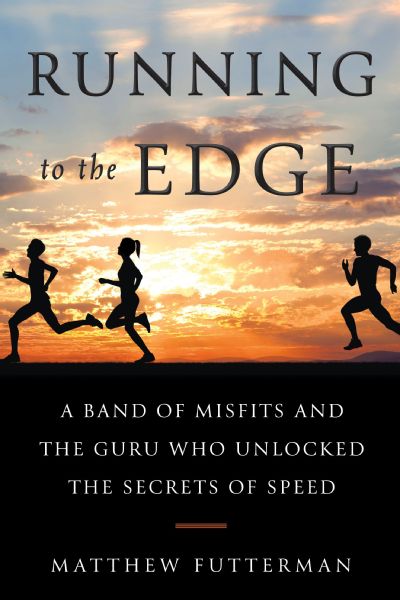 Starting with a ragtag group of high school cross country and track runners, Bob Larsen set out on a decades-long quest to find the secret of running impossibly fast, for longer distances than anyone thought possible. Here's how his unorthodox training secrets led American runners to breakthroughs they'd never imagined. (Buy it here.)

Weather permitting, they can head up to 9,000 feet and run the rugged terrain around Lookout Mountain or Bald Mountain. For intervals, there's a dirt road near the Owens River, where the water is so clear and the sun so bright it looks like the ice-covered, granite faces of the mountains are immersed in it.

If it's snowing too hard up high, they can pile in the cars and drive forty minutes down the mountain to Bishop, where there's even an old gravel track 4,000 feet above sea level.

One afternoon, it's snowy up high and windy and miserable down in Bishop. Running fast is near impossible. His times on the track in Bishop are ugly. The spring feels like it isn't coming. The social pickings are minimal. Meb begins to think this might not be working at all. Living like this, so remotely, so high up, with such a singular purpose, has never been the American way.

"Do we really need to be doing this?" Meb barks at Larsen.

Yes, Larsen says. We do.

Meb and Bob stay in Mammoth until the end of April, when Bob decides it's time for a tactical strike at an international meet at Stanford the first week in May, where Bob Kennedy, the top American distance runner, is going to attempt to breaks the American record in the 10,000. The record is 15 years old. It's one of those records that annoys the hell out of Larsen when he thinks about the crappy state of long distance running in the U.S. The mark of 27:20.56 is nearly a minute slower than the world record. The world was already past that American best time in 1984, two years before it was set. How was it possible for the world to have gotten more than a minute faster since then but for Americans to have stagnated?

All April in Mammoth, Meb was fairly certain that the U.S. record in the 10,000 isn't attainable, not by him, at least. He's never gone faster than 27:53 at that distance. Running at altitude, he is sluggish. His legs feel heavy. His lungs struggle to grasp the air that once flowed so easily in and out. Larsen tries to remind him he is high above the sea now, running at 4,000 to 8,000 feet. It's supposed to feel crappy, he says.

This is where the biggest challenge of training at altitude comes into play. Running is all about confidence, and a developing runner's memory is dangerously short. In the mountains, it can be hard for Meb to remember what it feels like to run fast, to believe he will be fast again.

Meb also knows that if Kennedy is aiming at this race to break the U.S. record, the field is going to be stacked. Nike will insert rabbits and pacesetters to help him hit his splits, and there will be a collection of top African runners, too.

That's why this is your time, Larsen tells him. Kennedy has the weight of an entire Nike-managed production on his shoulders. All you have to do, he says, is show up and run fast.

The week before the race they head down the mountain and stay at UCLA for some last-minute prep work. On Tuesday and Thursday before the race he does mile repeats that just a week before he struggled to finish in four and a half minutes. Now his times are closer to 4:15. On the other days he works on his speed, ripping off 300-meter near-sprints in 41 seconds. All of it feels easy. He's as fast as he has ever been.

The night of the race, the field is everything Meb thought it would be. Three of Kenya's best are there -- Abraham Chebii, Ben Maiyo, and Luke Kipkosgei. Japan's best distance runner, Toshinari Takaoka, has also made the trip, and the best of America is there, too, with all those pacesetters to keep Kennedy on track for a time below 27:20.

As he walks to the start line, Meb realizes no one is even thinking about him, or how or where he has been spending the past six weeks. He knows this is exactly the way any runner would want it, to be the one they never see coming until it's too late. There is a part of him though that burns with rage. He, after all, was the U.S. 10,000 champion the year before. Shouldn't Nike be setting up something like this for him? Watching from the side of the track, Bob knows exactly what is going through Meb's head. Meb has been trying to prove to people he is more than simply a spindly refugee from Eritrea for years. It's part of what makes him so fast, so willing to invite the pain that comes with the journey to the edge. That's why this night is going to be his night.

For the first half of the race, Meb tucks in behind Kennedy and his coterie of pacesetters. They pass through the halfway mark in 13:35. Meb has never felt better, and he knows it's time to do what he always does in races that go like this -- push early. He zips past Kennedy and sets his sights on the Kenyans. He picks up their rhythm. With 3 kilometers to go, Kennedy quits, and Meb knows the night will belong to him. He stays on the heels of the Africans, and crosses the finish line in 27:13.98, seven seconds faster than the record that has stood for 15 years. He's also 40 seconds faster than his personal best. He doesn't win the overall race. The Africans are still supreme. But Meb is now faster than any American has ever been at this distance, and he knows beating the Africans will come in time.

And then, a simple and obvious question ripples through America's elite running circles -- what in the world went on up there in Mammoth Lakes?