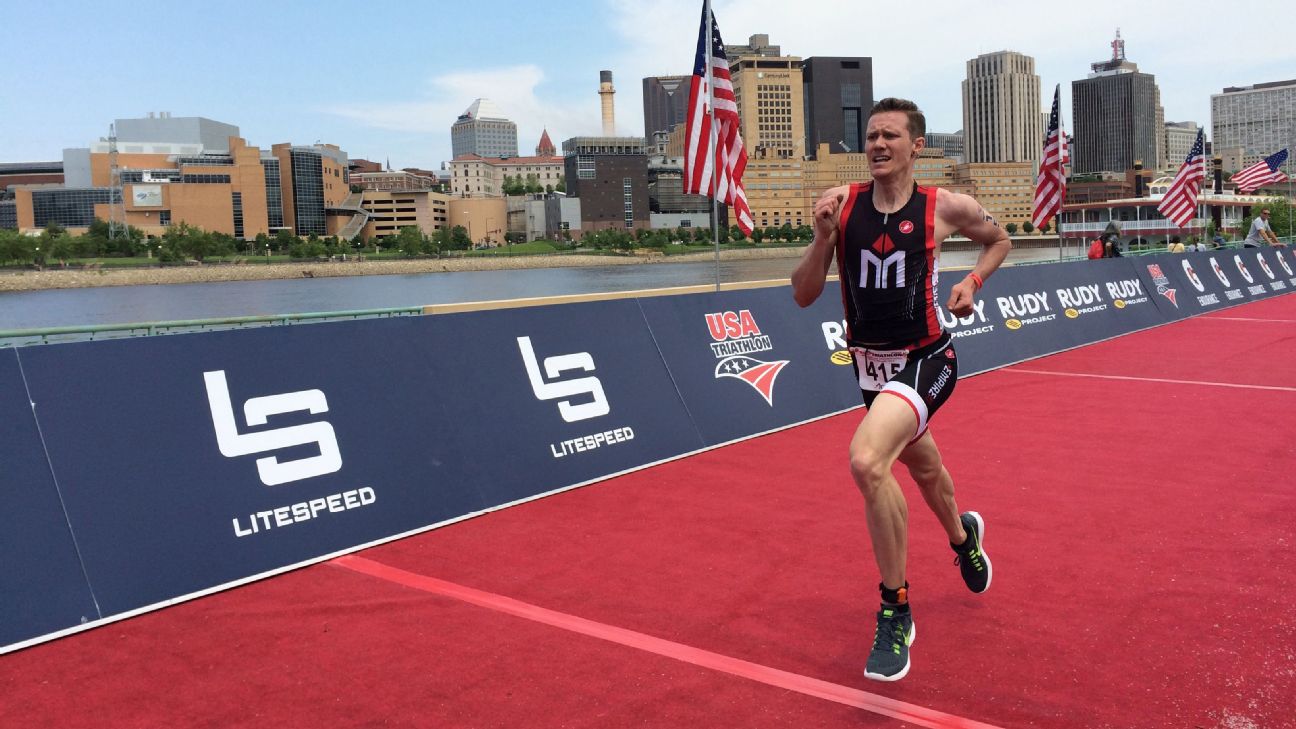 I've always used athletics as a way to feel connected to my body. Before transition, I think I would use fitness and running and lifting weights as a way to feel more comfortable in my skin, even though I didn't feel very connected to my body. So I could lift weights or run and slim down a little bit or gain muscle in different places and feel a little more masculine or a little more comfortable in my body.

I think in seeing those photos, I had a couple of "Oh s---!" moments where the person I saw in those photos is exactly the person I want to be. I think for many years I felt betrayed by my body, because the way I envisioned it when I was a child was not the way it ended up to be. When I was 8 and 9 years old and just starting karate, I started to get into it. Karate is a very physical sport, and you learn to work with your body as opposed to fight against it. So I think that was very positive for me. But in that time, as I gained more awareness of my body, I thought I would grow up to have a six-pack and a flat chest and be a little muscle dude. When that didn't happen, I felt very betrayed by my body. 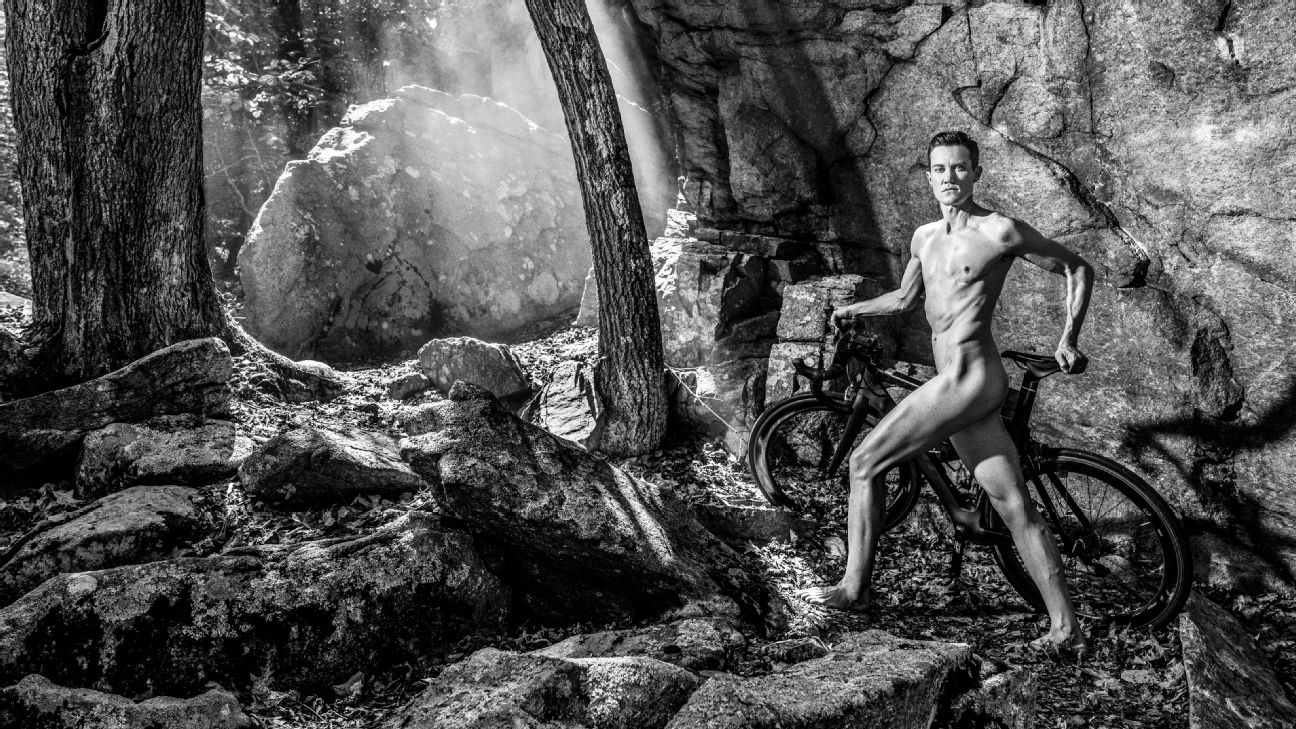 To go behind the scenes at Chris Mosier's Body Issue shoot, check out the full gallery of his photos. More »

"MY MOST IMPRESSIVE FEAT IS YET TO COME."
I really like training for longer races because I find training to be a really meditative time for me -- I can really just think about what I'm doing or space out. People always ask me, "What do you think about when you're running, what do you think about when you're riding your bike for six hours?" And I don't really ever have an answer for them. At some point on my ride, I've thought, "People are going to ask me what I'm thinking about right now." I'll always think of that.

My most impressive feat is yet to come. But I consistently run the circumference of Manhattan, so I think that's cool -- that I can wake up on my birthday and knock out 36 miles around New York City and then go about my day.

In my first Ironman race, I was thinking the entire time that this isn't hard, that this is voluntary, that I'm choosing to do this, that I'm putting myself through this pain. But maybe six months after I started medical transition, taking testosterone and my first race as male, at that time I was thinking: "Living my life every day is hard, this is easy." So I think in those moments where I feel like I'm suffering in the race, I pull it back to the bigger perspective of being a trans person. And by comparison, I feel like this moment -- racing, running, whatever -- is quite easy. And then I think, "I can do anything for a minute. Let's just push a little harder."

I thought it was fair to tell my potential coach [about my transition]. And I got turned down by a couple of coaches. It didn't really surprise me. I guess more than anything, I probably anticipated not getting a coach after several attempts because that's been my experience with getting sponsorship or support. I have flat-out had companies say, "We can't have someone like you represent our company." And while they're not saying what "someone like me" is, they're sending a pretty clear message. There have been a couple of cases like that, where in all other regards I would be a very good fit for the company, but their values don't align with my identity. Which stings a little bit, but also at this point it doesn't surprise me.

"THERE'S NO JUST BEING A REGULAR GUY FOR ME."
There are certainly parts of our country that are really struggling with understanding that they should treat all people with dignity and respect. That was one of the reasons I was very proud to qualify for my second national team in North Carolina, of all places -- being a state that is not very trans-friendly. I sort of feel like I'm representing the good parts of the country, and it's important for people to see me as a representative of Team USA, because I think it represents the direction that we should go in.

There have been very few moments when I have been speechless, but when I got my Team USA kit in the mail and opened it up, that was definitely a moment where I had no words. And I think that feeling, of being able to represent the country as an athlete and as a person with a trans identity, is really important for me. It feels like a really big moment for me in my athletic career, and I know it's a big moment for trans inclusion in athletics.

"There are a lot of people out there making history right now, and they just may not be as public as I am." Chris Mosier

As soon as I made the team, I started asking, "Will I be able to play? What's the policy going to be?" I needed to get lawyers and things like that, so I think that was a little bit longer of a process. What we have to do is continue to work on having conversations and changing those policies bit by bit. [Editor's note: Under previous IOC guidelines, transgender athletes were required to undergo genital reassignment surgery. Now female-to-male transgender athletes are immediately eligible for competition, while male-to-female transgender athletes must declare their gender as female and show that their testosterone levels are below a certain threshold for at least one year before competing.] It's sad, because in a lot of these cases, say, for high school policies, it takes a very strong young student-athlete and very strong family support to challenge those policies, much in the way that I challenged the IOC policy. That's not an easy or comfortable thing to do. And it puts a lot of pressure and spotlight on young people who may not want that. It might just be a young trans kid who just wants to play whatever sport. That's the challenge.

ESPN The Magazine The Podcast 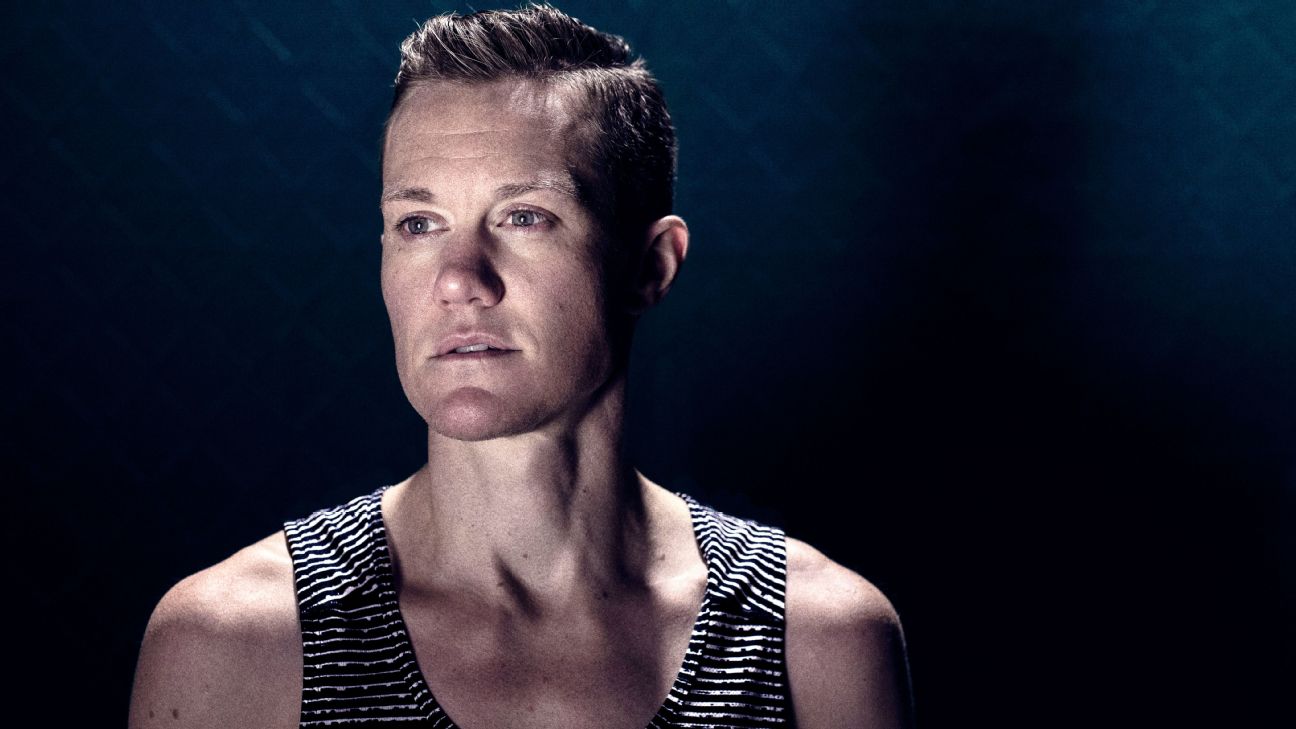 I think there have definitely been moments in my athletic career where I just wanted to be another guy on a team and not always be the trans athlete. But I made a decision very early in my transition and in my athletic career as a trans person to be out, to be public about it. That's a one-ton decision now because once it's on the internet, it never goes away. All you have to do is say it once and you are forever a trans athlete. There's no just being a regular guy for me.

So when I made that decision to be out, to be public, it was very much in the idea that I didn't see any other guys competing at a high level after a medical transition. I thought people should see that. And by people seeing me, that will impact their ability or their confidence to continue to play sports. It's up to them, whether or not they want to be out as a trans athlete. For many reasons, it's not safe or comfortable for people to be out, and that's a personal decision. It's not something that should be expected. We have plenty of trans athletes out there, playing, who are not out, and some who are out. There are a lot of people out there making history right now, and they just may not be as public as I am.

From a big-picture perspective, I've been very pleased with the IOC policy change, not just for myself but because I know the trickle-down effect that policy change will have. It impacts 50-plus sports, and that's at the international level. And then going down to different countries and organizations and recreation leagues. I think people look to the IOC as the gold-standard policy.

Changing other policies means there can be young people out there who can fall in love with sport at a very young age and not have to compromise their identity as a person or their identity as an athlete in order to participate in those sports. I've been very focused on that positive piece of change. While we won't have a trans Olympian this year -- that we know of -- in the future, in my lifetime, I believe there will be one, because there's some young kid out there falling in love with sport.