A track coach unmasked by ESPN as an alleged serial sexual abuser of boys and young men was arrested Wednesday on felony indecent assault and battery charges stemming from his time as a camp counselor in Massachusetts more than 40 years ago.

Conrad Avondale Mainwaring, a 69-year-old former Olympian, was arrested as he walked out of a Los Angeles County courthouse, where just minutes earlier he had pleaded no contest to a felony count in a separate but related case. 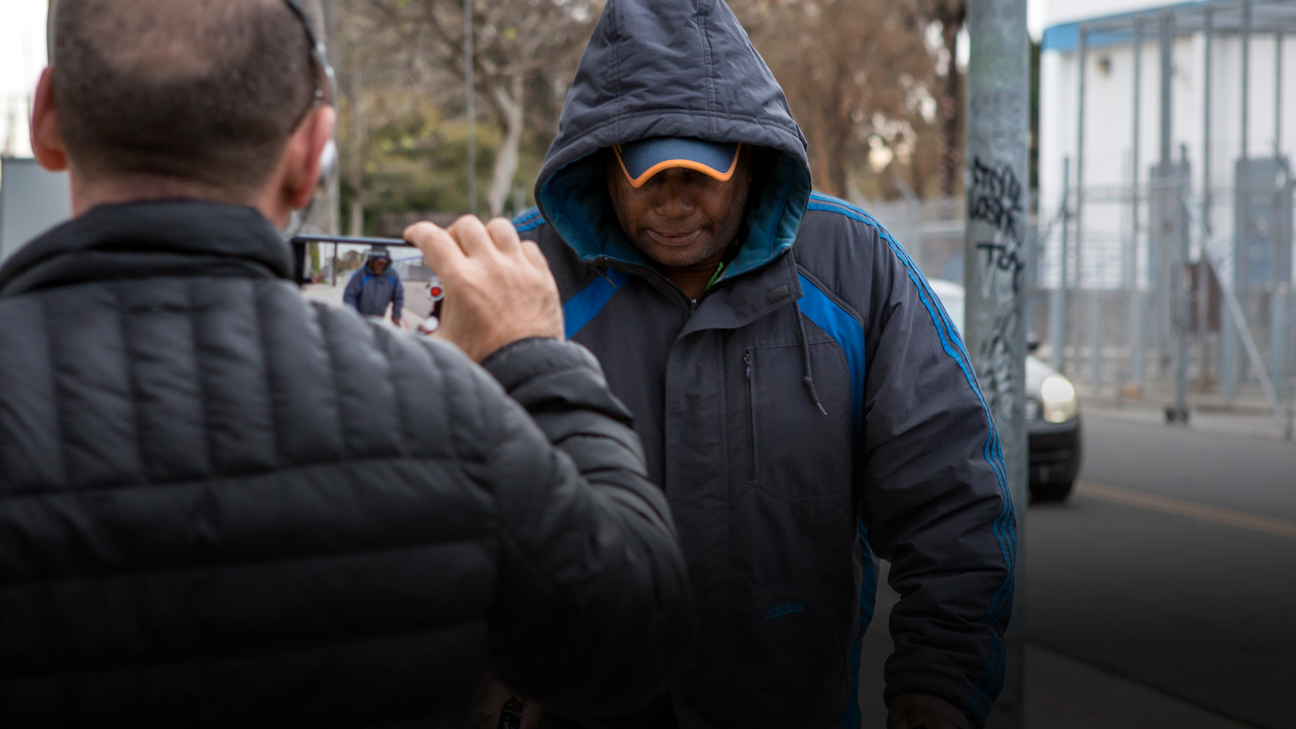 Read: 44 Years. 41 Allegations. Now the Past is Catching Up.

Watch: The Squad, an Emmy Award-winning documentary from E:60, on ESPN+

The alleged crimes occurred in the mid-to-late 1970s, when Mainwaring worked as a counselor at Camp Greylock for Boys, a summer sports camp in the Berkshires. There, according to the indictment, Mainwaring molested seven boys over a period of several years.

"Our interest is in bringing justice and accountability, particularly in crimes where the people being victimized are people that are vulnerable," said Berkshire County District Attorney Andrea Harrington. "And in this particular instance, you have young people away from their families who were preyed upon by an adult who used their position of trust to abuse the relationship."

Mainwaring has lived in Los Angeles since the late 1980s, and he is now awaiting extradition to Massachusetts. Harrington said that under Massachusetts sentencing guidelines, Mainwaring could face 12 to 36 months in prison if found guilty of the charges.

Previously, a nearly three-year ESPN investigation found more than 50 men who said they were abused as boys or young men by Mainwaring beginning in the early 1970s and up through 2016. Mainwaring was arrested in Los Angeles in June 2019 on one count of sexual battery by fraud against a then-20-year-old UCLA student -- a case precipitated by ESPN's reporting. He has not responded to several requests for comment from ESPN since 2019.

Minutes before his arrest Wednesday, Mainwaring pleaded no contest in the L.A. case, but to a charge of felony false imprisonment. He was not required to register as a sex offender, nor does the plea preclude him from coaching boys or young men. The deal places him on probation for two years and requires him to attend 52 sexual offender classes and to perform 30 days of community service.

The victim, who asked to remain anonymous, told ESPN he was initially bothered by what he thought was a light sentence but was reassured when he learned about the Massachusetts case.

"It no longer feels like he got away with this, which was the feeling I was trying to avoid," he said. "Knowing that he's getting arrested and potentially extradited, that made it all right."

The Massachusetts case emerged in the fall of 2019, shortly after ESPN published a story detailing the experiences of dozens of alleged victims, including seven at Camp Greylock. Soon after, Sgt. Stephen Jones of the Massachusetts State Police detective unit began an investigation.

Although the statute of limitations on the alleged incidents expired decades ago, prosecutors argue that the statute froze -- or "tolled" -- when Mainwaring left Massachusetts for good in the late 1970s. Tolling is designed to prevent somebody from committing a crime in one state, moving away until the statute of limitations expires, and then returning without fear of prosecution. In this case, there's no record that Mainwaring continued to live in Massachusetts or returned there after he stopped working at Camp Greylock.

"I am shocked that we got to this day and really happy," said John Shapiro, who is one of the alleged victims in the Massachusetts case and previously told ESPN he was 14 when he was molested by Mainwaring at Camp Greylock. "I feel really certain that he's never gonna do this to anybody else again. Of course, we all want justice and to have him behind bars, but the No. 1 goal of having him never abusing anyone again, that looks like a reality."

Said Michael Waxman, another alleged victim in the Massachusetts case who had previously told ESPN that Mainwaring abused him when he was a 13-year-old camper at Greylock: "I'm really happy about it. ... I really feel as if putting him in jail is necessary to protect other young men."

At the 1976 Summer Olympics in Montreal, Mainwaring ran for the tiny island nation of Antigua; he later coached some top-level runners, most notably two-time gold medalist Felix Sanchez. (Sanchez is not among Mainwaring's accusers.)

Virtually all of his alleged victims said Mainwaring used his Olympic credentials and relationships with accomplished athletes, as well as his knowledge of psychology and physiology, to persuade them to train with him. They said he initiated sexual contact under the guise of mental training that focused on getting them to control and manipulate erections and testosterone levels as a means of improving athletic performance.

After Camp Greylock, Mainwaring spent five years working and studying at Syracuse University, where 22 men told ESPN he molested them when they were college or high school students. Mainwaring then spent nearly two years year at Colgate University, where he allegedly molested three more young men. He moved to Southern California in 1987 to work at Caltech, which eventually fired Mainwaring in response to a student complaint.

Fifteen men described being sexually abused by Mainwaring in California, several while they attended UCLA and trained at the school's track, a public facility where Mainwaring was known to recruit and train athletes. As of today, 52 men have come forward to ESPN to say they were sexually abused as boys or young men by their former coach.

Although Mainwaring was not employed by UCLA, the University of California board of regents was named in a civil lawsuit in September. The lawsuit, brought by an unnamed plaintiff, says Mainwaring used his relationship with UCLA athletic department employees to woo and molest the man when he was in high school in 2011. The UCLA athletic department declined comment at the time ESPN first reported on the lawsuit.

Also last year, Shapiro and another man, Robert Druger, filed civil lawsuits against Syracuse University, saying the school had received "credible reports of sexual abuse perpetrated by Mainwaring" in the 1980s but didn't act on them. The lawsuits provide no details to support the claim that Syracuse received prior knowledge of Mainwaring's alleged abuse.

Asked at the time to comment on the lawsuit, Syracuse issued a statement that read, "Based on that exhaustive review, we have been unable to locate or identify any individual who reported the alleged conduct to university officials when it occurred." Shapiro also is suing Camp Greylock.

The men who ran the camp when Mainwaring worked there are dead. Previously, after several unsuccessful attempts to reach the camp's current owners, ESPN received an email from an attorney who said the latest iteration of the camp has never had any "affiliation whatsoever with Mainwaring."

Mark Fainaru-Wada has been a senior writer at ESPN since 2007. Reach him at mark.fainaru-wada@espn.com. Mike Kessler is the investigative editor at KPCC, a National Public Radio affiliate in Los Angeles. Reach him at mikekessler213@gmail.com. Freelance journalist Chole Marie Rivera contributed to this report.