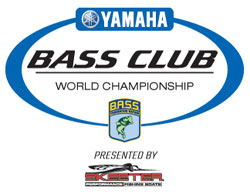 Who is eligible?
• BASS Federation Nation affiliated clubs and their members in good standing.

2008 Yamaha BASS Club World Championship presented by Skeeter Boats
• No entry fee.
• Championship will be held in October 6-11, 2008. We will try to hold the championship in a central location.
• World Championship team will be awarded six (6) fully rigged Skeeter/Yamaha Packages, guaranteed.
• Payout for the rest of the field will be based on the number of teams that enter the BCWC regional tournaments.