These top-notch anglers will assist Z-Man in the design and promotion of ElaZtech baits, as well as educating anglers on how to achieve maximum results when fishing ElaZtech space-age soft plastic baits.

"We are thrilled to have four of bass fishing's best aboard to help promote and design ElaZtech baits for Z-Man," said Daniel Nussbaum, general manager and executive vice president of Z-Man. "In addition, these pros will be very active on our social media channels, providing a look inside the lives of pro anglers for our Facebook fans and web site visitors."

Luke Clausen of Spokane, Wash., is one of only five pros to have won both the Bassmaster Classic (2006 at Lake Toho) and the FLW Tour Forrest Wood Cup (2004 at Lake Logan Martin). He will be fishing the FLW Tour in 2011. 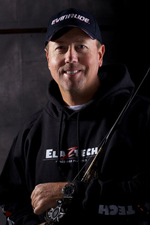 "ElaZtech is a product of the future, and I'm really pumped to be a part of it," said Clausen. ElaZtech has a lot of advantages fishermen have yet to discover. Yes, it's a departure from conventional plastics, and just as fluorocarbon is different than monofilament and tungsten is different from lead, there's going to be a period of adjustment for anglers to get used to it. But once anglers realize the advantages of ElaZtech, they will definitely incorporate it into their arsenals.

David Walker of Sevierville, Tenn., won the FLW Tour Angler of the Year title in 1999, has qualified for the FLW Tour Forrest Wood Cup 10 times, the Bassmaster Classic six times, and has amassed an amazing 32 Top 10 finishes in FLW Tour and Bassmaster Tour competition. He will be fishing the B.A.S.S. Elite Series in 2011.

"This is a huge opportunity to influence the future of soft plastics, and I'm certainly looking forward to it," Walker said. 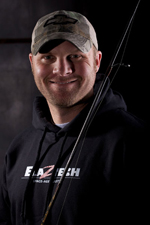 "The supreme durability of ElaZtech in high-impact situations such as skipping docks, flipping heavy cover or punching mats will reveal just how much unnecessary plastic we go through and time we waste in a day's fishing due to conventional plastic tearing up so easily. I started fishing ElaZtech baits on the Redfish circuit years ago and have been a believer ever since."

Stephen Browning of Hot Springs, Ark., has 15 Top 10 appearances in Bassmaster Tour and Elite Series competition, with one Tour win, and seven Bassmaster Classic qualifications, including the 2011 Classic coming up in New Orleans.

"I'm excited about being involved with Z-Man," Browning said. "The Original Chatterbait lure has been a big plus in my fishing the last couple of years. This fall I had a chance to try some of the ElaZtech products and it opened my eyes to how much fishing time and money can be saved with it. The days of constantly stopping your fishing to dig out a new jig chunk or creature bait are over." 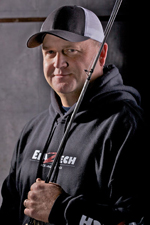 Rounding out the Z-Man pro staff is David Goshorn of Harleyville, S.C. Goshorn fished the FLW Tour from 1997-2000 and recently re-qualified for the 2011 FLW Tour through the FLW Series.

Clausen, Walker and Browning will all be making appearances at the Z-Man booth throughout the Bassmaster Classic (February 18-20 in New Orleans) for meet and greets and limited-edition poster signings. Visit the Z-Man booth for complete details.

For more information, visit Z-Man at www.zmanfishing.com. Learn more about Luke Clausen at www.lukeclausenfishing.com and David Walker at www.davidwalkerfishing.com.