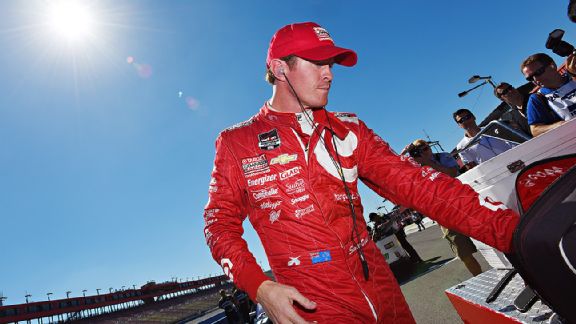 Robert Laberge/Getty ImagesScott Dixon uncorked the fastest lap of the first day of Verizon IndyCar Series testing at Barber Motorsports Park on the final lap of the day.

BIRMINGHAM, Ala. -- Chevrolet decisively held the upper hand on Day 1 of the first open test of the 2015 Verizon IndyCar Series.

With every Dallara chassis sporting new bodywork designed by engine manufacturers Chevrolet and Honda, Chevy drivers swept the first seven places in the morning session and ran 1-2-3-4-5 in the afternoon.

Team Penske dominated the speed charts for 99.9 percent of the day, only for Target Chip Ganassi Racing's Scott Dixon to steal the honor with the last lap of the afternoon session.

Dixon toured the road course at Barber Motorsports Park in 1 minute, 7.481 seconds, edging Penske drivers Simon Pagenaud, Will Power and Juan Pablo Montoya by less than a tenth of a second.

"The car has been pretty decent all day, and really good on used tires," said the three-time IndyCar Series champion. "We're still struggling with balance issues -- weight distribution and things like that, just trying to feel out some of the different changes with the aero kit. The loads are changing significantly with the corner speeds. There's a significant change in drivability, or how you attack the car with the extra downforce you do have.

"All in all a decent day for us," he concluded. "We've still got plenty to test tomorrow and see if we can find some extra things for when we come back here for the race."

Pagenaud was fastest in the morning session, when track conditions were best. He and Power traded the day's fast lap several times in the closing minutes before Dixon leapfrogged them both with his final lap. 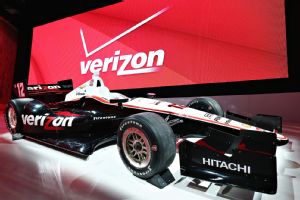 Neilson Barnard/Getty ImagesFinding speed in the new aero packages being used for the IndyCar Series in 2015 is so far proving easier for Chevrolet than it is for Honda.

"It's quite impressive to drive, actually," Pagenaud said. "This morning when the track was cool, the car felt really nice. It was already pretty sorted.

"Barber is a beautiful track for an aero kit of this level because it's flowing with high speed corners," he added. "You're carrying a lot of downforce so the car feels hooked up to the track."

"Some of these corners around here, like coming on to the straight, it feels like you're on reds [softer alternate compound Firetone tires] and if it was cooler conditions you'd almost be wide open," Power said. "Same with [Turn] 1. You just have a quick lift, not a full lift, and go through.

"There's a lot of grip to be had, we just gotta get the car to work," he added. "With that came a lot more weight, so that's the thing. We need to get the car back to the original weight. It's difficult to find the sweet spot and it's different from track to track. Compared to our test at NOLA [Motorsports Park in New Orleans], we found something we weren't expecting here."

Visually, the Chevrolet aero kit is markedly different in philosophy and execution than Honda's solution. It's early, but the difference is also apparent so far on the stopwatch.

The Honda kit appears to be more complex, with nearly 200 new components compared to the 123 pieces in the Chevrolet kit.

"It's almost like you're starting with a new car," Hunter-Reay said. "You had to do things a certain way to make the DW12 turn and work with the old kit. Now the aero kit puts load on the car in a different way and it's turning the car its own way.

"So it's a work in progress, really," he added. "It's been tough, really tough, and the Chevys definitely seem to have the upper hand.

"You just feel like every run is critical because you're one run closer to the beginning of the season. Once the season starts you can't test anymore. That's different from the past, and we have a lot of bits to work out."