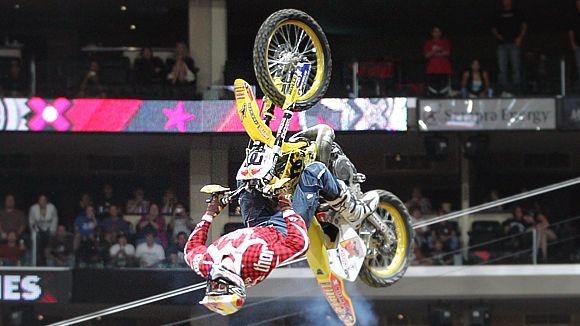 This is the moment in time Travis Pastrana is almost always asked about.

LONDON -- Casually navigating a bustling 10-mile trek in the European epicenter between Wembley Stadium and Hyde Park, a chauffeur mentions to his American passengers having once driven across the US on a sight-seeing excursion.

Asked his favorite experience he raves about the Grand Canyon. Breathtaking, he says. So massive as to be unbelievable, almost terrifying.