HAMPTON, Ga. -- Sitting in his motorcoach at Atlanta Motor Speedway on Saturday Michael Waltrip could hear the roar of Nextel Cup cars participating in the first practice.

"It's just really tough  to hear those cars roll off pit road and know they were getting ready to win this Atlanta race [Sunday] and me not be a part of it," said Waltrip, who failed to qualify for his third straight Nextel Cup event Friday. "It's sad."

But Waltrip wasn't sleeping in on this unusually cool morning. He was meeting with Toyota Racing Development officials to find a way to integrate their people and resources more into his struggling organization.

He hopes to have that plan in place this week and present it to restless sponsors such as NAPA -- his own car's sponsor -- that haven't gotten the race-day exposure it paid for.

"They gave us credibility and wind tunnel time and technical support," Waltrip said of Toyota. "Now we're stepping back and saying we need some help to implement the assets you're bringing to our team.

"We don't think we're doing a good job of implementing and taking advantage of all the wonderful technological help [they] can offer us. They're reassessing how that will go forward."

Waltrip would like to see a few key engineers move from TRD's Concord, N.C., office to his new shop in Cornelius, N.C.

"We can move a couple of desks around and say, 'Sit here and watch what we're doing and tell us how we can do it better,' " Waltrip said.

Jim Aust, the chairman of TRD, said Waltrip is the first of the three Toyota organizations to step forward and ask for such help even though all three teams -- Waltrip's three-car operation, Bill Davis Racing's two cars and Team Red Bull's two cars -- have struggled to qualify for races.

"Michael obviously needs a redo, I guess," Aust said. "They need help with car setup, primarily. So our engineering group is going to take a look at that and come up with a plan to see how we might be able to provide more general assistance as opposed to specific assistance.

"Sometimes it helps if you get a different perspective on things. That's what Michael is looking for."

Aust said TRD has agreed to help more from a planning and administrative standpoint than throwing more bodies into the organization to "make everything right."

Waltrip has been humbled and embarrassed by the first two months of the season. His troubles began in Daytona when his crew chief and director of competition were indefinitely suspended after NASCAR discovered a foreign substance in the engine of his No. 55 Camry.

Waltrip made the Daytona 500 because the field was set by a pair of twin qualifying races instead of qualifying times. His other two drivers, David Reutimann and Dale Jarrett, also made the field.

Since then performance has steadily declined. Waltrip didn't make the fields at California, Las Vegas or Atlanta. Reutimann missed the Las Vegas race before qualifying 24th at Atlanta.

Jarrett has used a past champion's provisional four times, leaving him with two for the rest of the season.

"He has a better appreciation probably for the difficulty that he choose to put in place," Aust said of Waltrip being an owner and driver. "He's just frustrated in that every week he goes out and the expectations are there that things are going to improve, change.

"Then he goes out on the track and it seems he's hit a point, whether either the setup on the car is not there or there hasn't been enough time to practice  he's dealing with a lot of frustrations now."

Although he's heard of no major issues with the power of the Toyota engines, Aust said TRD continues to work to improve that for all teams.

Waltrip, who has yet to draw even from the 100-point penalty NASCAR gave him at Daytona, doesn't blame Toyota for his struggles.

Waltrip has tried to keep his sanity through all of this. He insists he's not on a "suicide watch" as good friend Tony Eury Sr. of Dale Earnhardt Inc. suggested Friday.

"My wife told me last night don't let two-tenths of a second ruin your life," said Waltrip, who narrowly missed the fields at California and Atlanta. "I know in the world of NAPA they don't want to hear how close we were.

"They just want to see us race on Sundays, so that's difficult."

While Waltrip admits there's pressure from all of his sponsors to perform, none have indicated they plan to leave him.

He said NAPA has been particularly supportive, saying, "We're with you, we love you, we appreciate you, but doggone, eventually you've got to do something good."

But the struggles have forced Waltrip to reassess his immediate goals.

"Yeah, they went from running well and competitively to making races," he said.

Waltrip was so frustrated sitting on the sidelines that he became a midweek addition to Saturday's Busch Series race for Braun Racing.

"I got tired of watching them take off racing without me," said Waltrip, who qualified 23rd. "I wanted to be able to race.

"The cool thing is [Todd Braun] made it possible for my mom to get a ramp van. She's handicapped. My mom's life is a lot easier because of that." 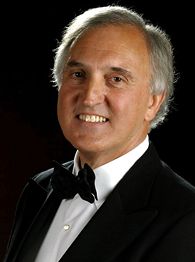 As Waltrip stood on pit road during qualifying, Reutimann passed in the No. 99 Aarons Toyota.

Waltrip is able to turn his emotions seemingly at the drop of a hat. Within a half hour of being depressed over his failed qualifying run on Friday he was his usual cheery self calling the Truck Series race on television.

"I'm actually several people," Waltrip said with a smile. "I can drive in the HOV lane all by myself. TV guy Mike, he understands that the people tuning into the race, they don't want to know what my problems are. They want to be entertained.

"I leave all that behind me. The only negative thing is when I get back to my motor home it's all back there waiting on me."

Again, Waltrip isn't standing still. He hired Derrick Finley, who had been the crew chief for Jeremy Mayfield at Bill Davis Racing, to serve as project manager and part-time crew chief while the suspended David Hyder sits at home.

"We're just trying to make something positive happen," Waltrip said. "And something positive did happen last night. Reutimann had a good qualifying run and now we've got two cars in the race so we can evaluate what one's doing and what the other one isn't.

"This is a step in the right direction. It's a real good chance to evaluate where we're at."

Meanwhile, Waltrip will try to remain positive. He insists he'll one day have cars fast enough to qualify ever week and compete for wins.

The best advice was to look ahead, not at his feet as he did on the walk from pit road to his motorcoach on Friday.

"That's what I'm all about today," Waltrip said. "We built up for months for this start  years. And when we started we weren't prepared like we needed to be. So if you just try to look at your feet and say, 'I've got to fix it now, I've got to fix it now,' and you don't look out ahead, you're never gonna fix it.

"So I understand where we're going. You have to sort of live with where you're at for a little bit in order to get where you're going."