He also has a new look.

Busch saw a cosmetic surgeon in the offseason, and came out with
his once-prominent ears pinned back closer to his head. 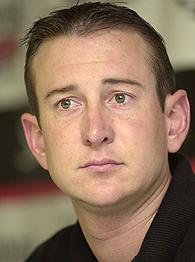 "Yeah, a little slicker," Busch said Friday, grinning. "I've
got it working in the draft now."

Busch said he wasn't quite clear on the details of the procedure
-- he was under sedation -- but he definitely is pleased with the
result.

"I've wanted to do it for a few years now, but never had the
time," he said.

The new look has turned a few heads in the garage.

"There were a lot of photographs that depicted Kurt in a
different light than we had ever seen him before," said Geoff
Smith, president of Roush Racing, Busch's former team. "Within
Roush Racing, the questions were rampant -- did he or didn't he? Was
it photographer's editing?" 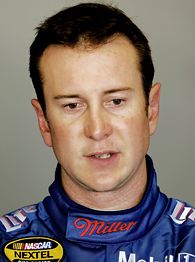 Busch certainly isn't the first person in NASCAR to have "work
done" that didn't require a wrench or screwdriver.

Across the garage area, hair sprouts like roof flaps in places
it didn't before. Teeth gleam shinier than the Daytona grandstands
and straighter than the backstretch. Excess pounds are tossed aside
like old tires.

And that's just the guys.

Driver Kyle Petty says it's only natural that a group of highly
competitive, image-conscious people with an above-average amount of
disposable income would turn to plastic surgery.

"It's a combination of a fair amount of marketing and a fair
amount of vanity, all rolled into one," Petty said. "When it was
a low-profile sport, nobody cared whether you had a beer gut and no
hair. Now, all of a sudden, if you don't have a full head of hair,
straight teeth, a 32-inch waist, a huge chest and big broad
shoulders, then you shouldn't be here."

This week's ESPN The Magazine features a buff and bare-chested
Carl Edwards on the cover. Edwards, however, is a professed workout
freak and his pecs are presumed to be all-natural.

Petty, who considers himself an expert on plastic surgery
because he has watched every episode of "Dr. 90210" on the E!
channel, says he doubts sponsors are pressuring drivers to have
cosmetic surgery. Busch said his new sponsor, Miller Lite, didn't
pressure him to make the change.

The pressure, Petty says, comes from peers -- just as it does in
the real world.

"We always talk about sports being a microcosm of what society
is, and it's happening in everyday life, no matter what job these
people have," Petty said. "So obviously, this is more of a public
sport and a public spectacle."

For the record, Petty says his trademark pony tail is the real
thing. "It's not connected to the hat," Petty said, tugging on
his mane.

Petty's only question: When would somebody in NASCAR have time
to recover from such a procedure?

"I'm not sure when they would have plastic surgery, because
you've only really got about 45 days to heal in this business, so
it's pretty tough," Petty said. "So it would have to be
double-throw-down, top-secret, somebody disappeared like they went
into rehab for a few months."

So if you saw Busch in the offseason, and he was wearing a
toboggan-style winter hat, now you know why.