In purely mathematical terms, this is one race behind everyone else's midseason analysis of the IRL IndyCar Series. Racing of any kind was the last thing on my mind during a week of paternity leave.

But then again, delaying this assessment until after last weekend's event at Kansas Speedway (the eighth of 14 IRL races this year) made my preseason prediction that Sam Hornish Jr. will claim the 2006 IndyCar championship look a little better. While Hornish was winning his second straight race on the trot to accompany his dramatic Indianapolis 500 victory, his Marlboro Team Penske teammate Helio Castroneves was spinning away the IRL points lead.

The Kansas race was an interesting microcosm of the IndyCar season itself. Target Ganassi Racing was the only team capable of running with Marlboro Team Penske; Panther Racing's Vitor Meira emerged as the best of the rest; and Andretti Green Racing and Rahal Letterman Racing continued their free falls toward the back of the field.

With that in mind, let's look back at the first 57 percent of the 2006 IRL campaign on a team-by-team basis.

The 2006 update to that story line is that, with Honda power like everyone else in the IRL, Penske's superior chassis development has elevated the team to the front of the field -- every week. Add in topflight drivers -- another Penske hallmark -- and the result is domination. Hornish and Castroneves have combined to lead 62 percent of all laps run in 2006 and have three wins each.

The battle for the championship between the two Penske teammates promises to be the most interesting aspect of the last six races. The contrasting change in fortunes for the duo throughout the season has been fascinating to watch; Hornish was the quickest man at Miami but lost on an untimely yellow. Castroneves then won at St. Petersburg and Motegi, but the tables turned at Indianapolis, where Helio DNF'd and Sam made his famous last-lap pass for the victory.

Hornish really stepped up his game at Richmond and Kansas, leading 361 of 450 laps as he posted a pair of wins. The schedule works in his favor in the second half of the season as well, with only one road race. An IRL season crown is one of the few trophies missing from Penske's case, and Hornish looks increasingly like the driver who is going to deliver it.

Chip Ganassi's team won four consecutive CART titles and took over from Penske as the top American open-wheel team in the late '90s, but Penske has regained the mantle. That said, TCGR is tantalizingly close to matching Penske on a weekly basis and is the only other team to win IRL races in 2006. 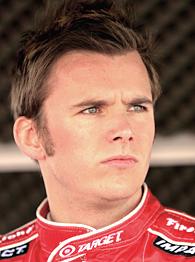 New recruit Dan Wheldon has driven like a champion and is second to Hornish in terms of laps led, but Homestead is the only win on his board. Wheldon could have won Indianapolis, among others, and should have won Texas, but bad luck or mistakes have shut him out of Victory Lane.

Wheldon hasn't been shy about expressing his frustration, but he won a lot of races through good fortune in 2004 and '05, so perhaps the karma wheel has turned toward someone else.

Scott Dixon lies third in the championship standings and has been half a step behind his teammate in terms of sheer pace. However, the New Zealander has completed 1,403 of a possible 1,405 laps, won at Watkins Glen and has developed into the IRL's Mr. Consistency.

Panther was the IRL's flagship team before the massive influx of CART teams from 2002 to 2004, yet it barely answered the bell for the 2006 season, having lost its title sponsor, driver Tomas Scheckter and engineer Andy Brown. But Meira's performances in the unsponsored No. 4 car have been sensational even though the friendly Brazilian still is seeking his first win.

He has earned three podium finishes in the past four races.

Team boss Tom Anderson made the decision to switch from Panoz to Dallara chassis before the season, so the Fernandez teams got some testing in, at least. Scott Sharp generally has run in the second half of the top 10, posting fifth-place finishes at Texas and Richmond, and Kosuke Matsuura is arguably the IRL's most-improved driver in 2006, sporting five top-10 results.

This is certainly the most improved team in the IRL in 2006. Owner Tony George invested in his team by bringing in Scheckter as lead driver, and that has been of great benefit to incumbent Ed Carpenter. Vision still isn't battling for podiums, but Scheckter (regularly) and Carpenter (occasionally) do make the top 10.

Another example of how the small teams the IRL was formed to foster can't cut it against the professionals Penske and Ganassi. Buddy Lazier's best days are in the rearview mirror, but Ryan Briscoe ran third in a one-off road race start for D&R at Watkins Glen to restore team morale.

My, oh my, how times change. 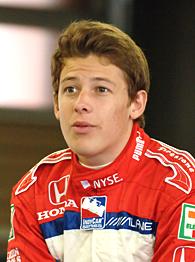 All the happy backslapping and hugging of the past two years has been replaced by the furrowed brows and short tempers that come with midfield finishes. Former series champion Tony Kanaan lies a distant seventh in the standings and hasn't finished better than third in a race, and rookie Marco Andretti posted the team's best result with second place at Indianapolis.

"We've got two guys racing and two guys driving for a paycheck," a team insider groused.

Team owner Michael Andretti took heat for elevating inexperienced Marco to his IndyCar team, but his son has risen to the occasion. His best race might have been Richmond, where he finished fourth, right behind teammate Dario Franchitti.

Franchitti's season can be summed up by St. Petersburg, where he took the pole but crashed in the warm-up and dropped out of the race with a broken suspension. The other driver collecting a check? Bryan Herta has three top-10s and is 11th in the standings.

This appears to be a team in turmoil. 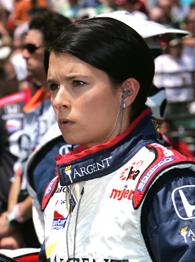 After battling the Panoz chassis up through Indianapolis, RLR switched to Dallara like everyone else and is miles behind in development. Buddy Rice is doing a solid professional job, but Danica Patrick is being stretched in every direction and the results just aren't coming the way they did during her charmed rookie season.

Then there's the black cloud that has hung over the team's third car, starting with the death of driver Paul Dana in the year's opening weekend.

Not a good time for this group.

The only thing that saved this team from failing was the publicity team boss Eddie Cheever has delivered the IRL with his continuing battle with the Andretti family. The team would be better served filling the field with a young driver.