As I sat in my race car on the grid at Kentucky Speedway on Aug. 13 waiting for the green flag to drop, I had a flood of lost memories that have somehow all become a blur since my last time in Indy's fast lane. Maybe because back then I was so caught up in time, so lost in how fast things were moving that I didn't take time to enjoy any of it. 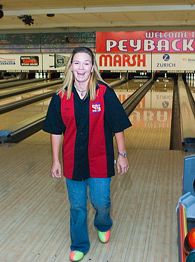 I looked to my left and qualified next to Danica Patrick. Speaking of Danica, I was on my way to Cincinnati for an appearance on Friday, Aug. 11, and I was startled to see a billboard with me and Danica on it. I'm not sure what she thought, but that was weird how that all worked out. She attempted to qualify just before I did and would start the race one spot before me. This brought back memories of the media storm created when Lyn St. James and I both started at Indy back in 2000 when I was 19. This time was different, though. Back then there was more pressure on me because I had just graduated high school and was facing thousands of media folks, car owners and demanding peers during my first job -- the Indy 500. There will never be a bigger pressure moment in my life. Nobody can even come close to the amount of pressure I put on myself.

When the Kentucky race started, my warmup lap was nothing new or out of the ordinary for me, I was just so glad to be back. I couldn't wait to start chasing down Tony Kannan and Scott Dixon -- the guys who truly gave me a battle so long ago. I really thought that we could get a top-10 out of the weekend, but our straight-line speed just wasn't good enough to get the job done. At first I was disappointed finishing 12th, but overall I realized it was a good weekend to start off with. Our whole experience was a smoothly executed plan and we just have to build off that.

It felt so good. I felt completely comfortable. I was finally home. On race day, I probably felt the most comfortable I've ever felt in an IndyCar. It was my whole goal to find a rhythm  to find a line to be consistent.

I think people often forget I began racing in the IndyCar Series when I was just 19 years old.

I was very young, inexperienced and climbing a steep learning curve. In essence, it was similar when I jumped the fence to try my hand at NASCAR.

I had never driven a stock car and I was starting down a path that looked like it had no end. For sure I feel like I have a ton more car control, even though an Indy car really doesn't like to be forced into position. The stock cars really demanded car control and a rougher style of technique. It sounds bold, but a driver still has to be careful about how he or she uses this rough technique. Just knowing how far to take it in a 3,300-pound car helped me in one half that weight. Also, I am a lot more mature and focused on good opportunities. I want to make absolutely sure that I am doing the best job I can with a smile on my face! I'm really just enjoying the moment.

After the race weekend had died down, I had the opportunity to attend the fourth annual Peyton Manning PeyBack Celebrity Bowling Tournament; Peyton Manning is, of course, the quarterback for the Indianapolis Colts.

I missed out on the event last year since I was out West but had been the previous two years.

I love football and what Peyton is doing to help needy kids is incredible. Basically the program is designed to promote future success of disadvantaged youth by assisting programs that provide leadership and growth opportunities for children at risk. (You should check out his Web site, as it has a lot more information about the program).

There was a silent auction during the event and I couldn't believe all the great items they were auctioning off, such as a basketball signed by Michael Jordan and an Indy racing Two-Seater Experience! There were a lot of celebrities at the event, including some of my fellow drivers, Sam Hornish Jr. and Dan Wheldon. Most of the Colts players were in attendance as well as a few NASCAR drivers such as Tony Stewart, John Andretti and Denny Hamlin. Even Bob Costas, Tony Dungy and Marvin Harrison were there.

Each celebrity was on a lane with a group of presenting sponsors. I bowled with the folks from Zurich, an insurance-based financial service firm. The people seemed really nice. Wouldn't you know I bowled the worst game ever; I didn't even break 100.

I don't bowl very well, so I had my younger brother-in-law-to-be help me out on the lanes. At 11, Kyle is really good! I can't thank Peyton enough for inviting me to help raise money for such a great cause.

The following week, I traveled with the Dreyer & Reinbold team to Infineon Raceway in the beautiful Sonoma Valley.

The track is about 30 minutes north of the Golden Gate Bridge in San Francisco. I flew into San Francisco with the team on Thursday, Aug. 24.

They went on to the track and I decided to stay in San Francisco and do a bit of shopping. You can't go to California without stopping at some of the shops; it's got probably some of the best shopping next to New York here in the U.S.

From what Ryan Briscoe has told me, Infineon Raceway is one of the most physically challenging races on the IndyCar Series circuit.

I was really excited for the DRR team and for Ryan because I really thought they had a chance at taking home the checkered flag. Ryan is such an ace on a road course. The weekend just went bad from the start.

There were things happening left and right and it just didn't go smooth for him. He had steering issues during the race but really fought to keep the No. 5 up front. He eventually was taken out by Vitor Meira on lap 67.

Our team traveled to Chicago on Wednesday, Aug. 31, in preparation for our private test on Thursday to prepare me for the Peak AntiFreeze Indy 300. Marco Andretti, Jeff Simmons and Marty Roth joined us on the track. The test went pretty well; we obviously had a lot more to gain when we tested at Kentucky Speedway since I had been out of the car for quite some time. But, overall, it was good to be back in the car and getting the feel of the track.

In addition to all of this, I've obviously been working out -- those two-hour cardio sessions are a great stress reliever and I definitely enjoy the time alone -- although, it almost makes me think about improvements too much. This week has been about getting my shifter motor rebuilt, training more, testing at Chicago and then today tearing our garage down! Our crew chief is the best Bobcat driver out there.

Also the week has been filled with the typical laundry for two and housekeeping. Yes, I am domestic too! I also spent some time at the race shop getting different helmets ready -- I even mounted my Hans clips all by myself! The guys helped me get the bowl back in the helmet as my beat-up, cut hands couldn't get it the remainder of the way.

This past weekend was really relaxing and I spent some time with my friends and family in Indianapolis. I continue to go out to run my shifter kart and prepare myself the best I can to perform well at Chicagoland Speedway. I'll be traveling up to Chicago a bit early for some media interviews and appearances. I'll also be visiting the local children's hospital on behalf of Racing for Kids which is always enjoyable for me.

Tune into the final IndyCar Series race to see who takes home the title between Penske and Ganassi. The race will be live on ABC at 1:30 p.m. ET.

For the final race of the year, for me, I'm looking for a solid run, first of all. Then a greedy top-10 would be great. Our test didn't go as far as we wanted to. At least I think we have some ideas to come back with and hopefully we can unload closer to a good speed than when we left. Flawless weekends are hard to come by, but that is always the goal.

Thanks to everyone who made it out to Kentucky Speedway and signed my helmet. That was really cool and I'll cherish it forever. It's on my shelf in the basement next to the helmet I took the pole with at Kentucky. It really means a lot that all those people waited to participate. It is the best souvenir I have ever taken home!

Check back here next week and I'll give you an update on how the race in Chicago went and what lies ahead for the offseason.

See you in Chicago!

IRL IndyCar Series driver Sarah Fisher drives the Dreyer & Reinbold Racing No. 5 Dallara/Honda. She is providing a diary to ESPN.com. For more on Sarah, go to www.sarahfisher.com.