Gerard Pique has said it would be "ugly" to cancel the season, even though Barcelona sit top of the league, as La Liga move forward with plans to resume behind closed doors next month.

Barcelona players returned to training on Friday for the first time in eight weeks as Spain began to lift lockdown restrictions following one of the worst outbreaks of the coronavirus in Europe.

- Stream new episodes of ESPN FC Monday-Friday on ESPN+
- Stream every episode of 30 for 30: Soccer Stories on ESPN+
- Where Europe's top leagues stand on finishing 2019-20 season

Barca were two points clear of Real Madrid in first place when the league was indefinitely suspended in March with 11 games still to be played.

Madrid goalkeeper Thibaut Courtois has said he doesn't believe Barca should be named champions if the campaign cannot be completed -- citing his side's superior head-to-head record in the Clasico this season.

Pique agreed it would be better to win the league on the pitch, but suggested a June 12 restart date, as tentatively put forward by La Liga president Javier Tebas, is too soon.

"I understand La Liga's [desire] to try and finish the season because there is a lot at play," the defender told Movistar.

"We don't like playing without supporters, but ending the campaign without playing any more games, even though we are top, would be ugly. It makes sense what La Liga are doing.

"But we have been stopped for a long time now without being able to play friendlies. And with just one month of training, I would tell [La Liga] it wouldn't be a bad thing to give us a few more days to avoid injuries and ensure we're better prepared."

Tebas said June 12 is the desired start date for Spain's top two divisions -- and revealed there are plans for games to be played every day -- but that the league must be prudent. 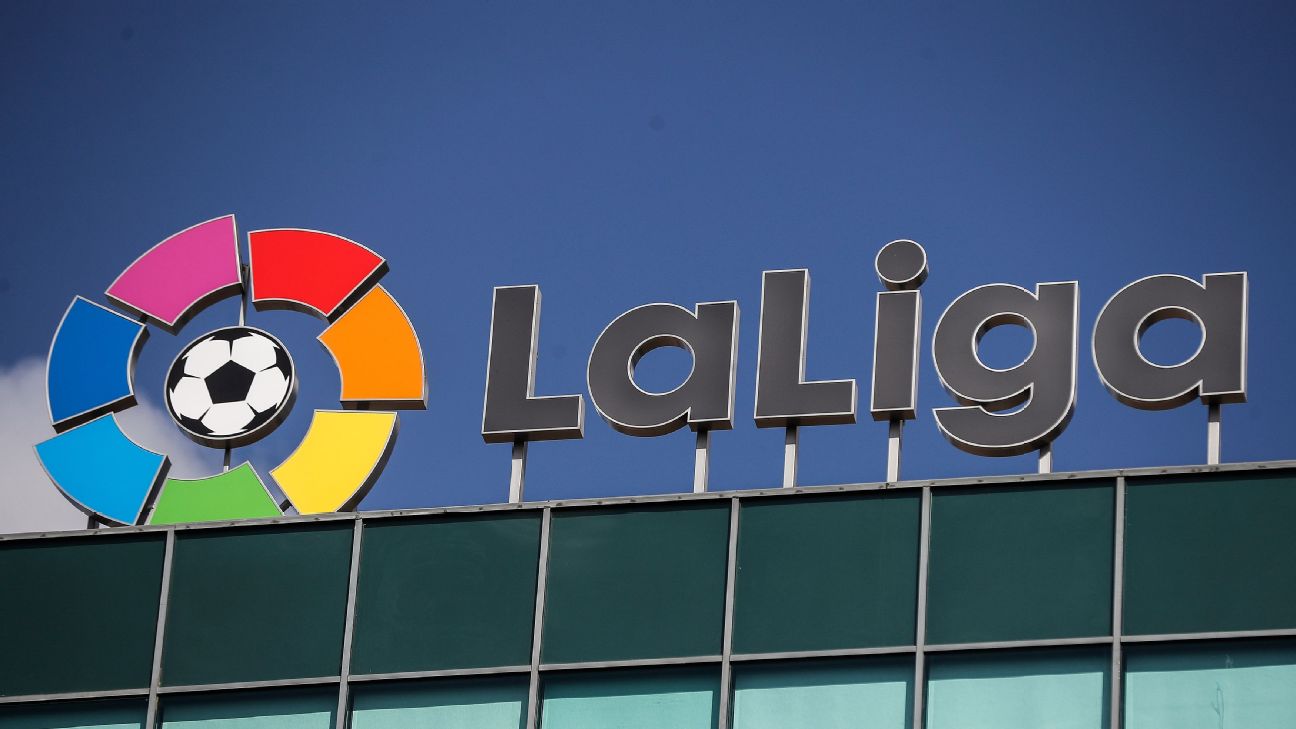 "It's not just up to football, it's also up to society, we all need to focus on complying with measures to protect health," he told Movistar.

Ahead of a return to training, all 42 teams across Spain's top two divisions underwent coronavirus tests last week. Five players and three other staff members tested positive for the virus. All were asymptomatic and are now in isolation.

"We were expecting around 25 or 30 based on the numbers in the Bundesliga and how much the virus has penetrated Spain," Tebas added. "Out of 2,500 people tested we have only eight positive cases, which is good news.

"Infection during a match will be practically impossible as we have done a study which we're releasing which will show there is a minimum risk in matches if we all respect the health measures."