Manchester United have unveiled their new kit for next season, which is inspired by their iconic "Red Devil" crest that was adopted in 1973.

Manufacturers Adidas say that, in keeping with manager Ole Gunnar Solskjaer's mission to place club identity at the heart of his rejuvenated team, the new shirt is infused with "Manchester United DNA" -- though thankfully we're speaking conceptually rather than literally.

With the likes of Marcus Rashford and Scott McTominay -- who both feature in the launch campaign -- providing the homegrown talent, the aim is to encapsulate the ethos Solskjaer has strived to rekindle at United. Indeed, Adidas have done so by plucking coloured threads from the badge to create the pattern on the jersey.

🔍 The devil is in the detail.

"We pretty quickly landed on the crest as it is the representation of the heart and passion of the club; it is symbolic and iconic across the world," Inigo Turner, design director at Adidas, said.

"It is significant as the first component added to each design, and one that makes up the threads of the shirt design for the 2020-21 season." 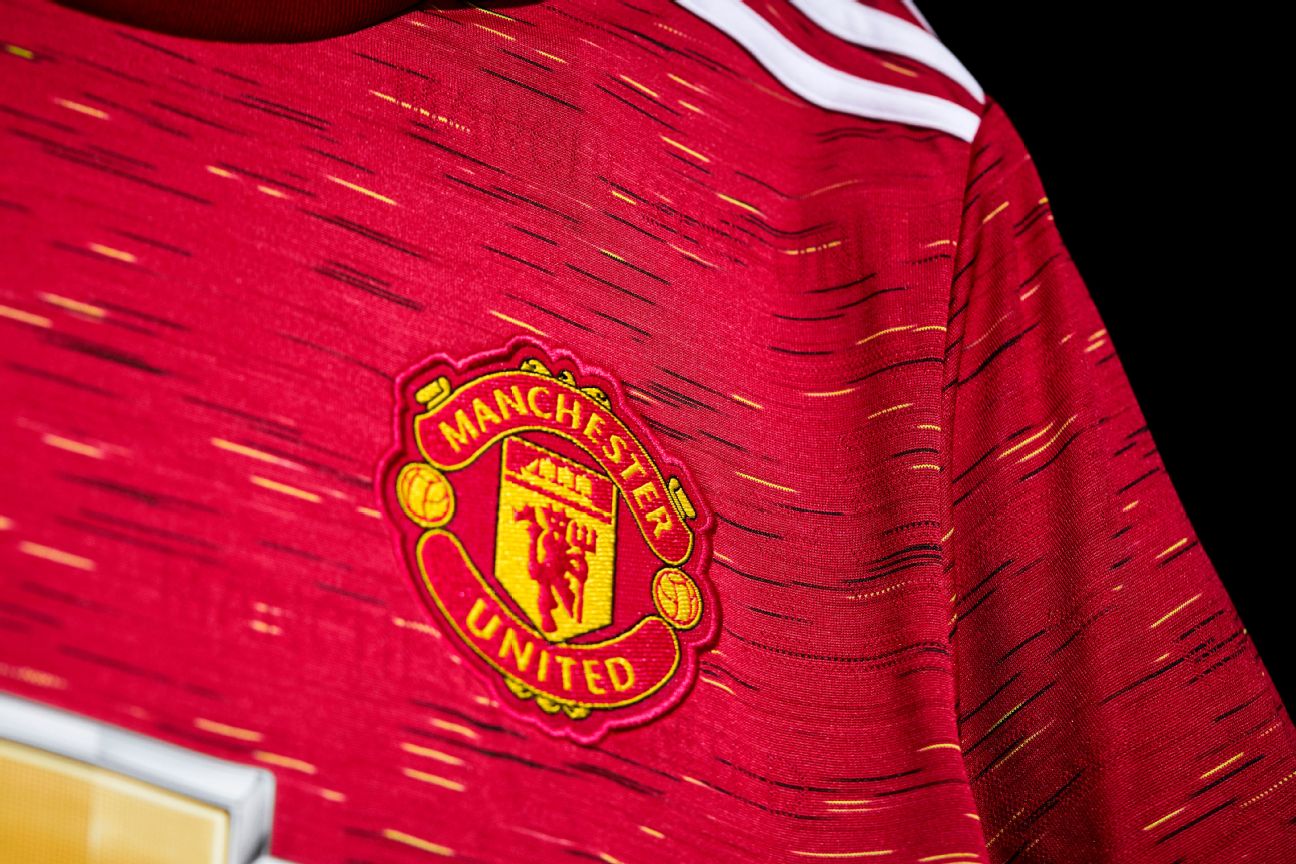 The marl effect graphic used on the shirt also features United's club name woven throughout the design. However, through use of some crafty modern dying techniques, some of the more subtle nuances of the print are only visible to the wearer. 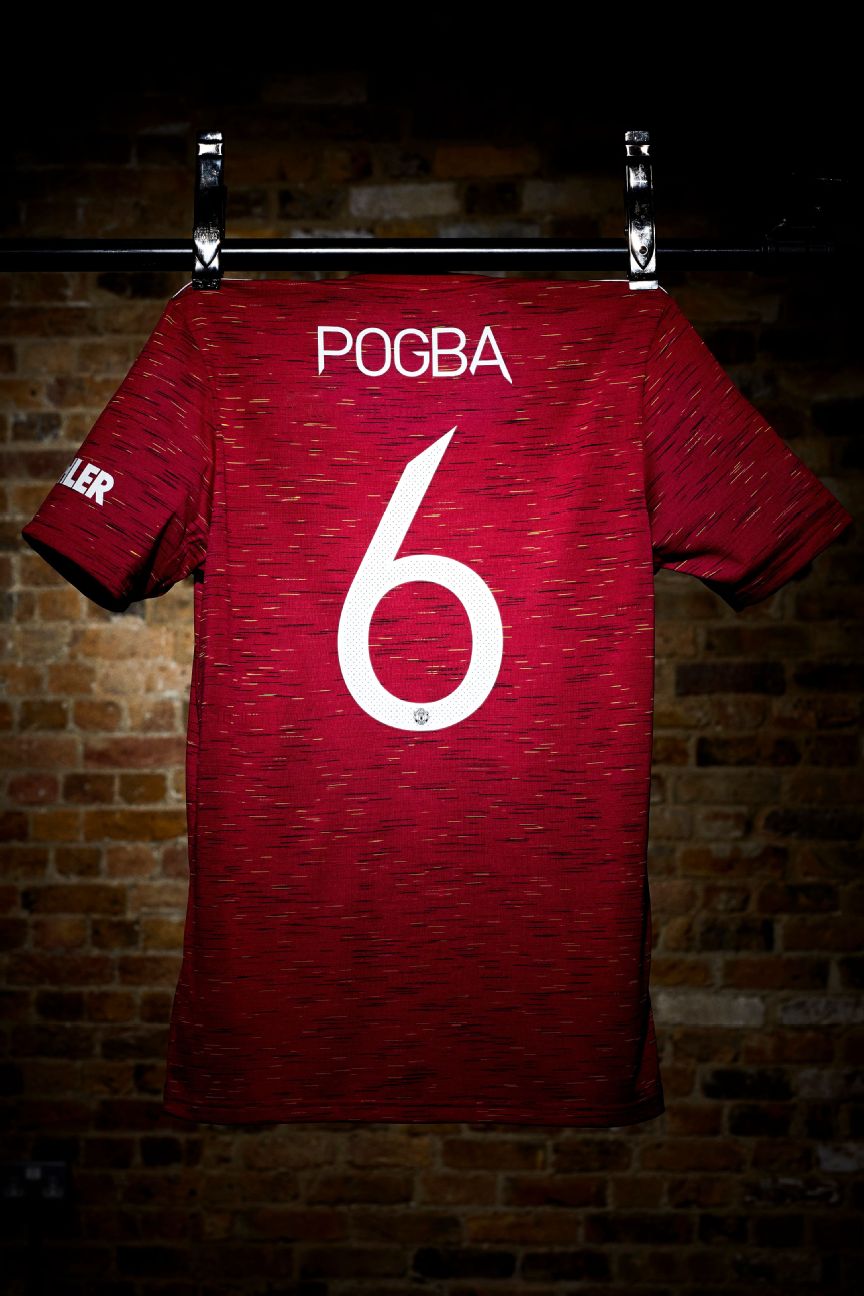 Paul Pogba also has his name featured in the launch, albeit via his name on the back of a shirt, which is obviously a clear signal the club are confident the France international midfielder will be eschewing all potential suitors in favour of sticking around next season.

The kit will be seen on the pitch for the very first time this week (Aug. 5) as United restart their Europa League campaign at Old Trafford with a round-of-16 second leg against LASK, some five months after they won the first leg 5-0 in Austria.

David De Gea was stunned this week when he turned on the television to seemingly find himself being interviewed as Ross County's manager.

The Manchester United goalkeeper was understandably alarmed to discover that he'd just taken charge of County's 1-0 win over Motherwell in the SPFL on Monday night.

It turns out that Staggies manager Stuart Kettlewell is the double of De Gea, especially as he has the same slicked-back hair and fulsome beard as the United No. 1.

Asked about De Gea tweeting to show his shock at the lookalike, Kettlewell told BBC Sport Scotland: "It's wasted on me with the whole social media thing... I think he's maybe my doppelganger."

Ross have signed goalkeeper Ross Doohan on loan from Celtic.

Ross Doohan was on the bench tonight vs. Motherwell.

Ross' winning goal was scored by Ross Stewart, while Ross Draper came on.

Kettlewell has been busy himself recently, making moves in the transfer market to flesh out County's goalkeeping ranks.

Indeed, it would appear that there is one particular attribute that the 36-year-old looks for in his keepers.

With Ross Doohan arriving on loan from Celtic, all three of Ross County's goalkeepers now share the same first name, with Ross Laidlaw and Ross Munro making up the rest of the stable.

In short, Ross have three goalies on their books and they're all called Ross.

The friendship lives on, @LFC fans!

Lovren arrived in Russia on Monday and while being ferried to his new club via taxi the Croatia defender's first order of business was to make a FaceTime call to his good friend Mohamed Salah to check in.

"I just arrived and came out of the airport. I saw people who welcomed me, and behind I saw a bear," Lovren told Salah after complimenting his Egyptian chum's new haircut.

The pair then discussed Lovren's new training regime before Salah cheekily inquired as to whether he's automatically been installed as Zenit's new club captain.

There may be a continent between them, but that's not enough to separate these two friends. Beautiful.