Arsenal have released a truly memorable promo video to mark the release of their new away kit for the 2020-21 season.

In a similar vein to their home shirt for next season, the away jersey features references to the club's history and their former home at Highbury, specifically the famous marble entrance halls that used to run under the East Stand.

The grand launch was announced by a brilliant promo which is a step up from the joyful love letter to London that unveiled last season's home kit. In the video, produced for manufacturers Adidas, we are taken on a surreal tour of the halls re-imagined as an Arsenal-themed art gallery in a single, continuous shot.

Prepare yourself for a glimpse of a quite stunning statue of legendary goalkeeper David Seaman that would make Michaelangelo himself envious, while Gunners stars of the modern era including Kieran Tierney and Vivianne Miedema are also re-imagined as painted masterpieces.

The Gunners' very own in-house haute couture model, Hector Bellerin, was one of those selected to model their dandy new uniform, along with teammates Lucas Torreira and Matteo Guendouzi. 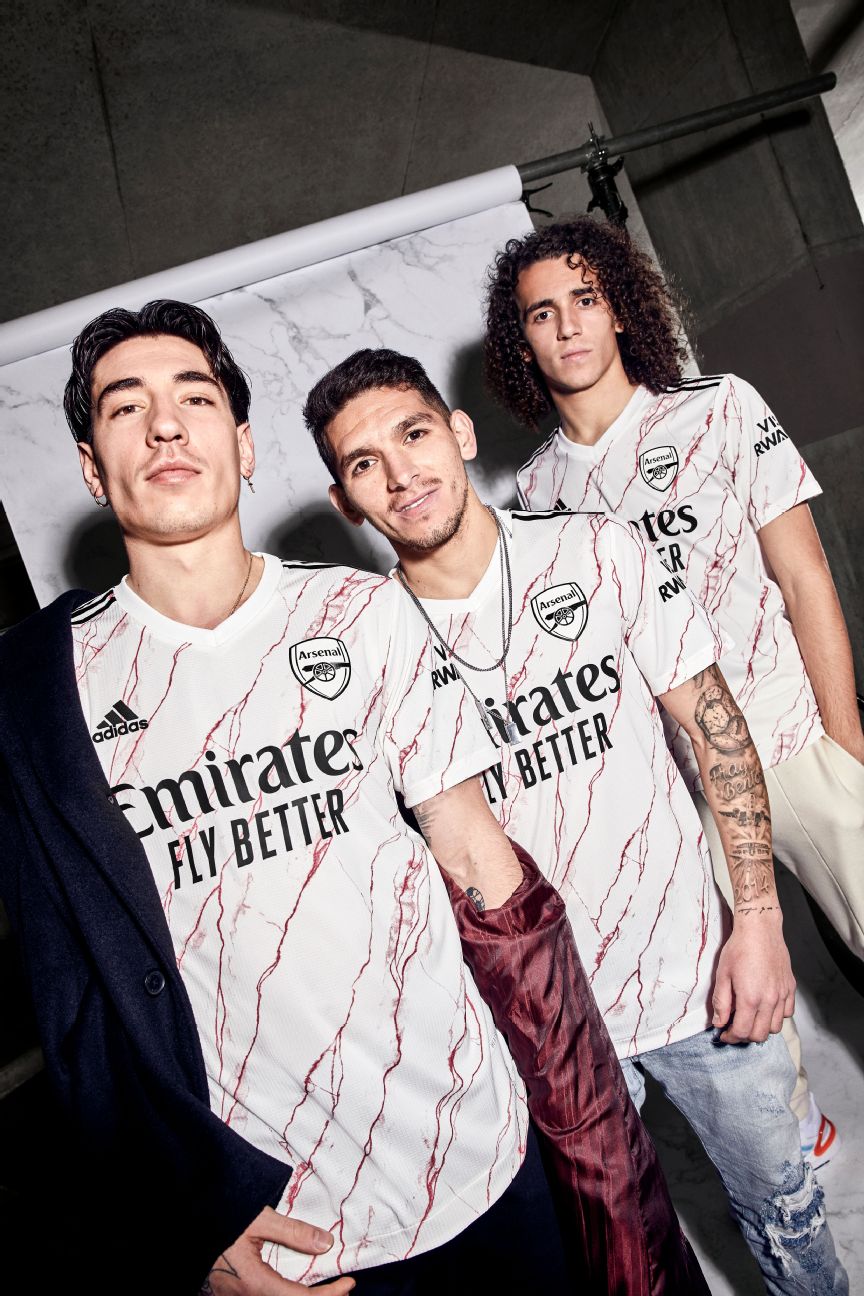 Continuing the theme of including players who may never actually get to wear the new away kit, Mesut Ozil was also wheeled out for the occasion. 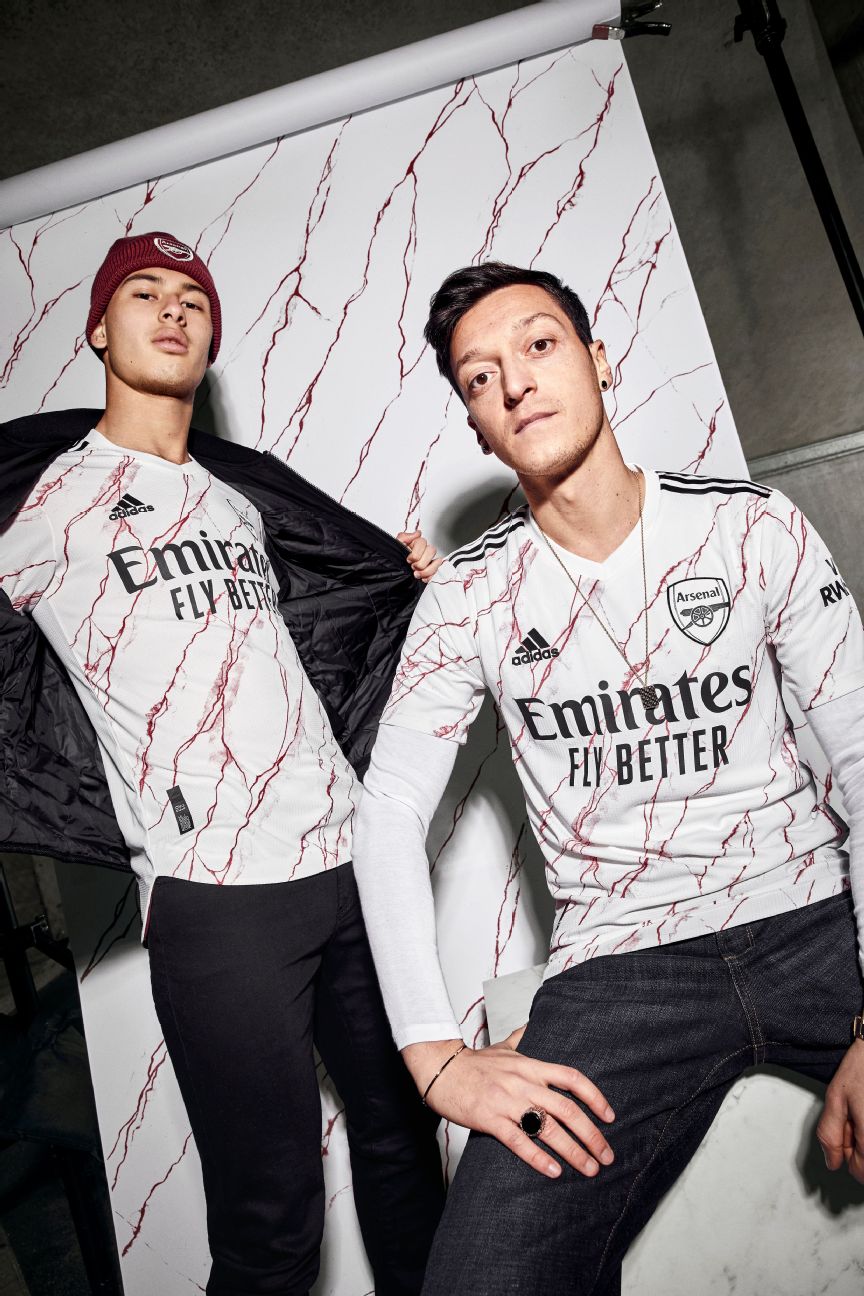 Stars of the women's team Kim Little, Leah Williamson and Leonie Maier are also on hand to demonstrate how Arsenal fans can wear dress up or down with the now jersey. 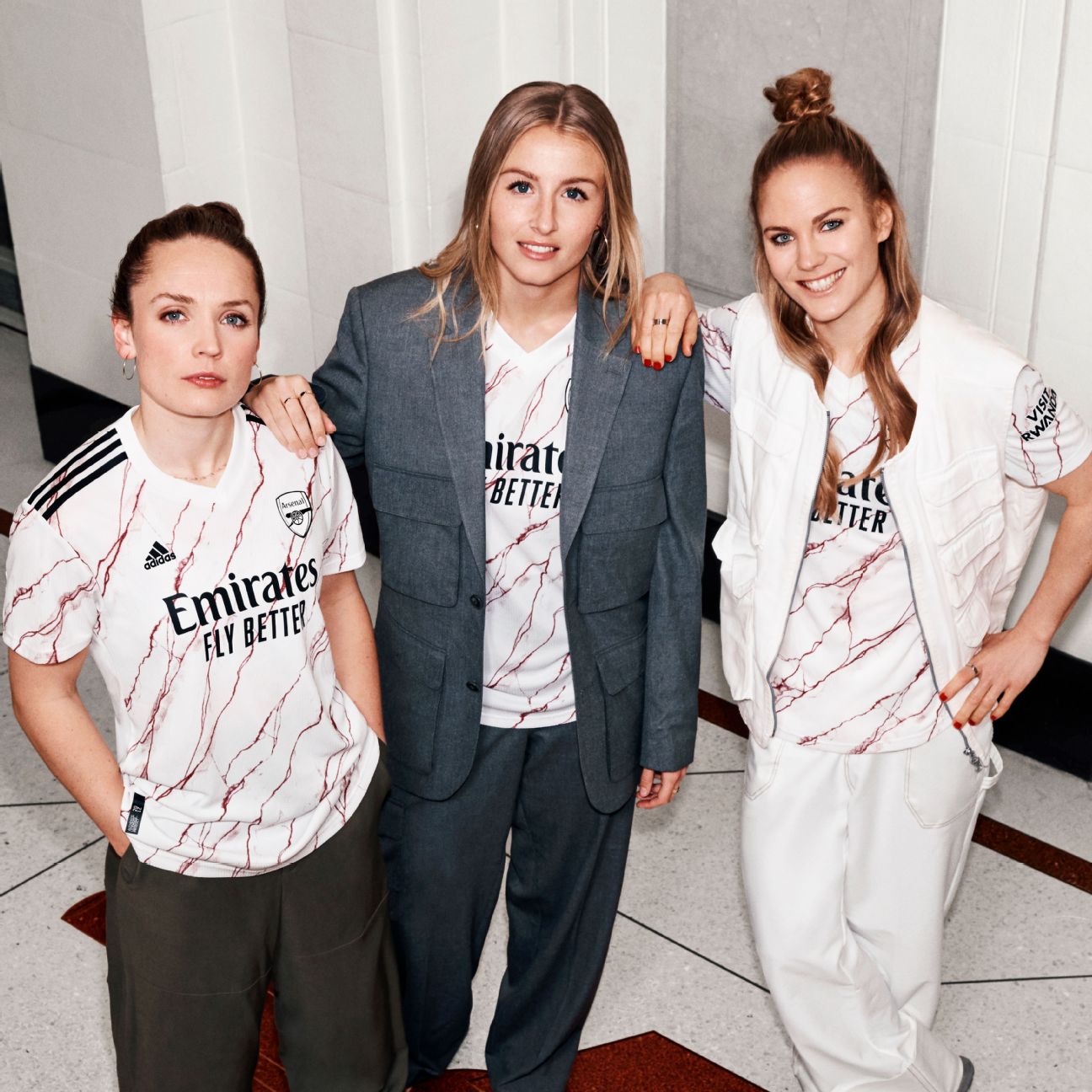 The distinct pattern is taken from the marble podium on which the bronze bust of legendary former manager Herbert Chapman used to stand, taking pride of place in the halls.

The off-white, maroon and black design is hand-drawn and represents the natural pattern of Chapman's marble plinth.

It's unlikely to be as popular as the resurrection of fan favourite "bruised banana" design for Arsenal's previous away kit, but the reveal has laid down a gauntlet to all the other clubs and kitmakers out there.

Not to be outdone, Leeds United have also revealed the new home shirt they will be wearing for their return to the big time.

The first offering from the club's new supply deal with Adidas, the 2020-21 strip is all-white with sparse blue trim.

Leeds also kicked off their big adventure with a flashy promo video of their own featuring a VIP cameo from celebrity fan Nikolaj Coster-Waldau, better known as Jaime Lannister from Game of Thrones.

Just to top things off there are also guest appearances from actor Ralph Ineson (Finchy from the original UK version of "The Office") as well as Leeds legend Lucas Radebe.

Former Arsenal striker Ian Wright also shows up simply because he seems to have a special pass to appear in other clubs' kit launches, too.