It's fair to say there's a bit of a buzz about Ansu Fati, and his exploits in a Spain jersey saw him join an illustrious band of footballers to score a record-breaking goal for their country.

The Toe Poke Daily is here every day to bring you all the weirdest stories, quirkiest viral content and most magnificent merch that the internet has to offer, all in one place.

JUMP TO: Barcelona in the pink | Palace call out Chelsea's new third kit

Ansu had a weekend he won't forget in a hurry, after scoring on his full debut for Spain in their 4-0 UEFA Nations League win over Ukraine.

Not only that, but the teenage Barcelona winger also became the youngest player to ever score a senior goal for Spain, at the age of 17 years and 314 days.

After being included in La Roja's starting lineup, Ansu took just 32 minutes to break a record that had previously stood for some 95 years -- ever since Juan Errazquin scored against Switzerland way back in 1925 at the tender age of 18 years and 344 days.

Without wishing to make Ansu look positively ancient by comparison, here's a look at some of the other youngest goal scorer record holders in international football.

He duly went onto become their record top goal scorer too, but Wayne Rooney was 17 years and 317 days when he scored his first goal for England in his sixth appearance -- an equaliser in what turned out to be a crucial win over Macedonia in September 2003 in a Euro 2004 qualifier. He was younger than both Michael Owen and Marcus Rashford when netting. 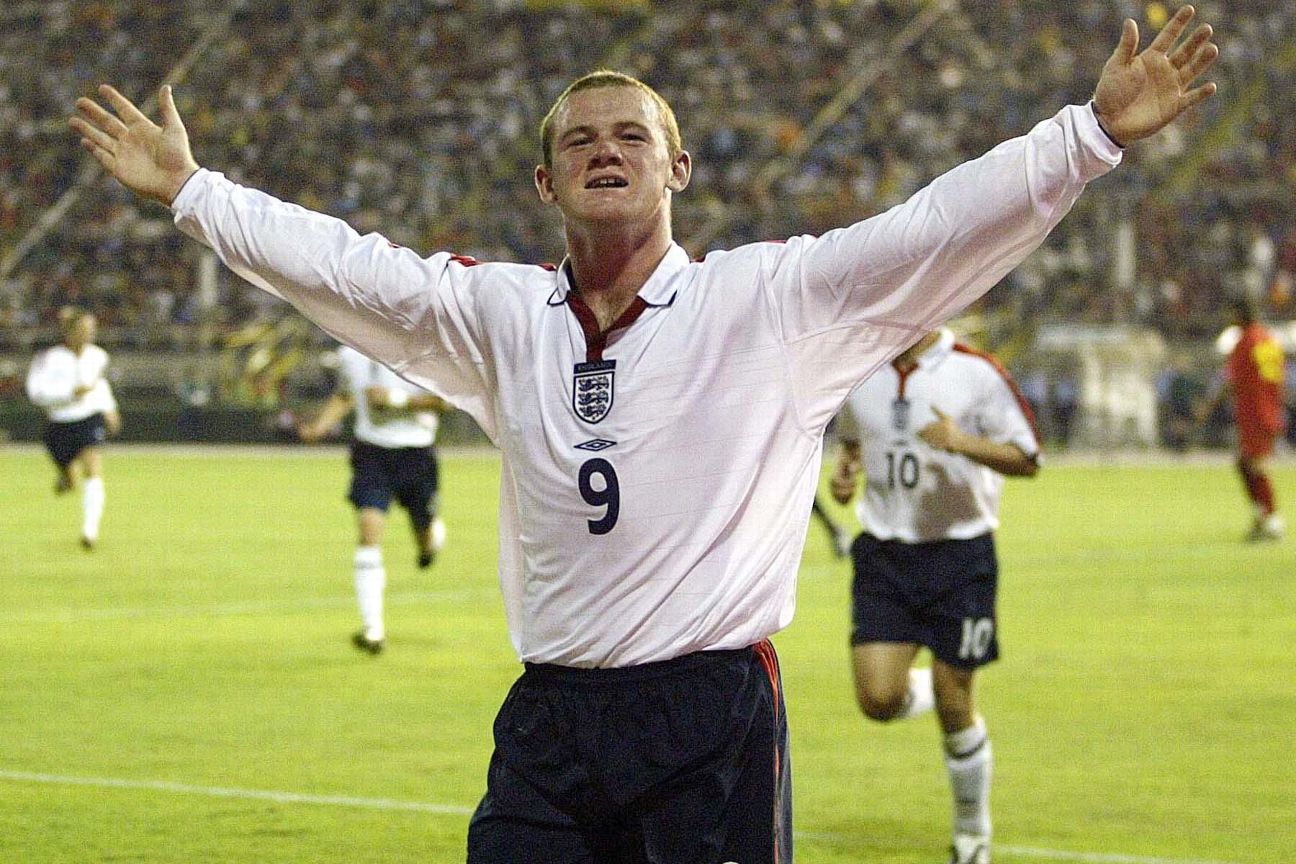 Kylian Mbappe is the youngest France player to score at a major international tournament (19 years and 183 days) against Peru at the 2018 World Cup, but Les Bleus' overall record belongs to Maurice Gastiger, who was 17 years and 126 days when he found the back of the net against Luxembourg in February 1914. 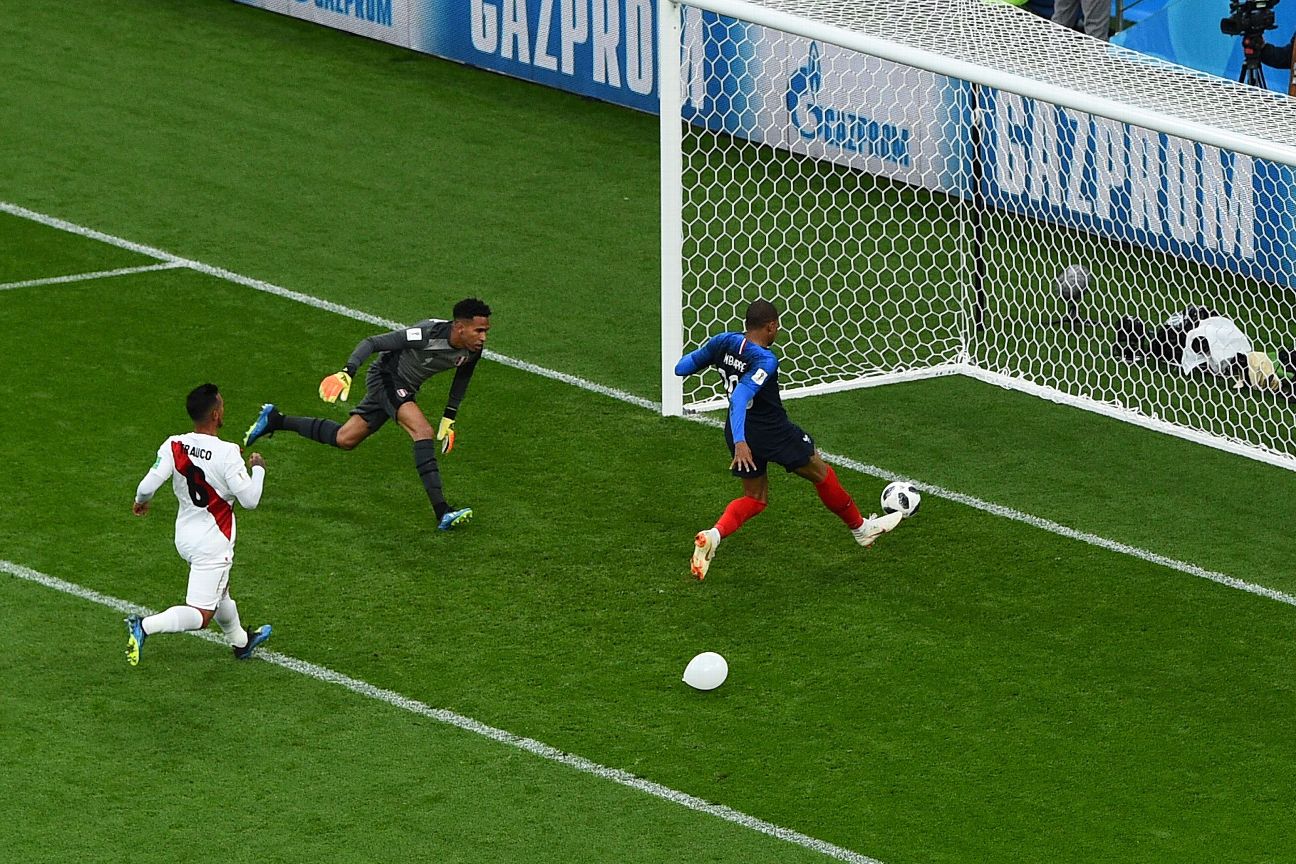 Moise Kean is the Azzurri's youngest ever goal scorer (19 years and 23 days) when it comes to full competitive matches, netting against Finland in a Euro 2020 qualifier in March 2019, but the true holder of the record is Bruno Nicole who was just 18 years and 258 days when he scored in a friendly against France in 1958. 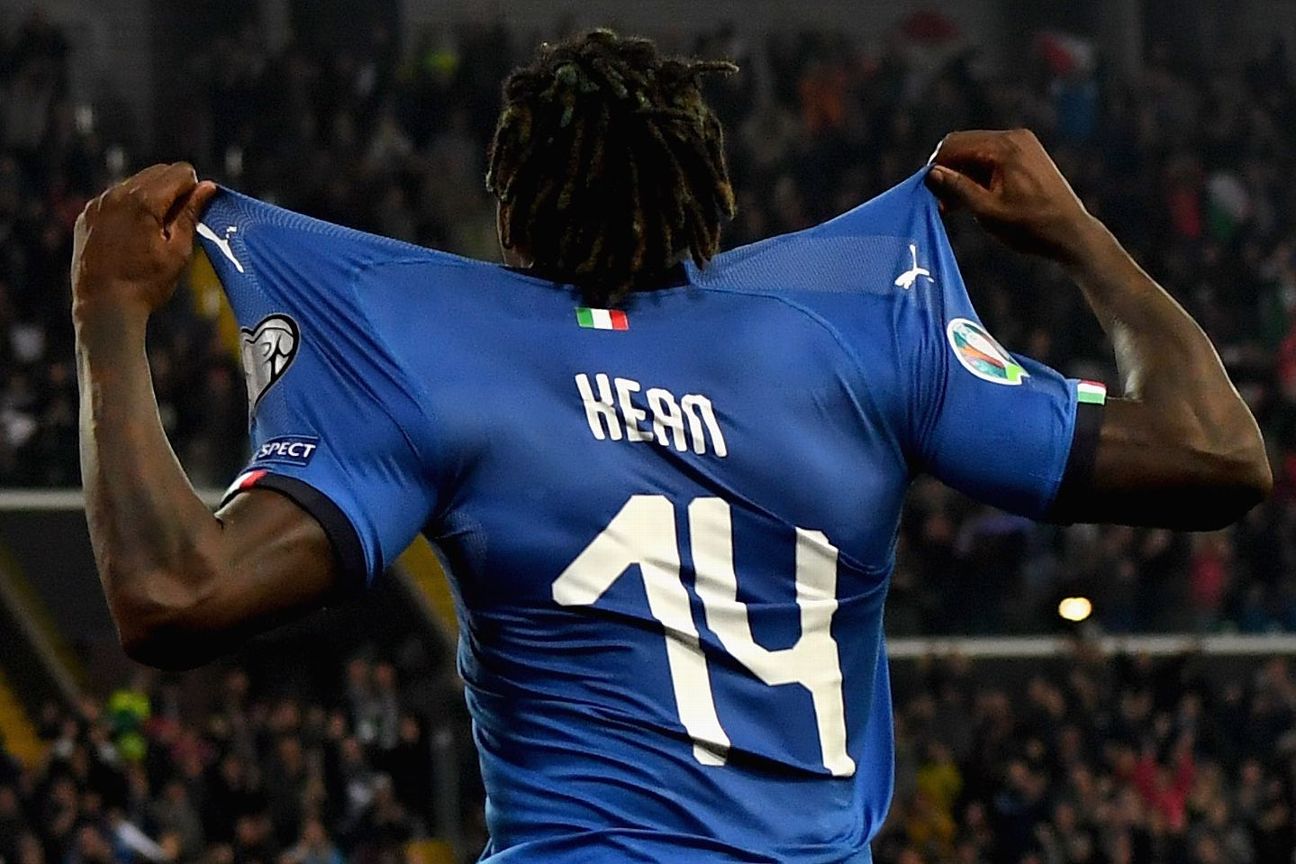 Christian Pulisic is the USMNT's youngest scorer when, at 17 years and 253 days, he cemented his "rising star" status by netting in a friendly against Bolivia in 2016.

Pulisic broke a record previously set by Juan Agudelo, who was 17 years 359 days when he got off the mark for the US senior side with a goal against South Africa in 2010. 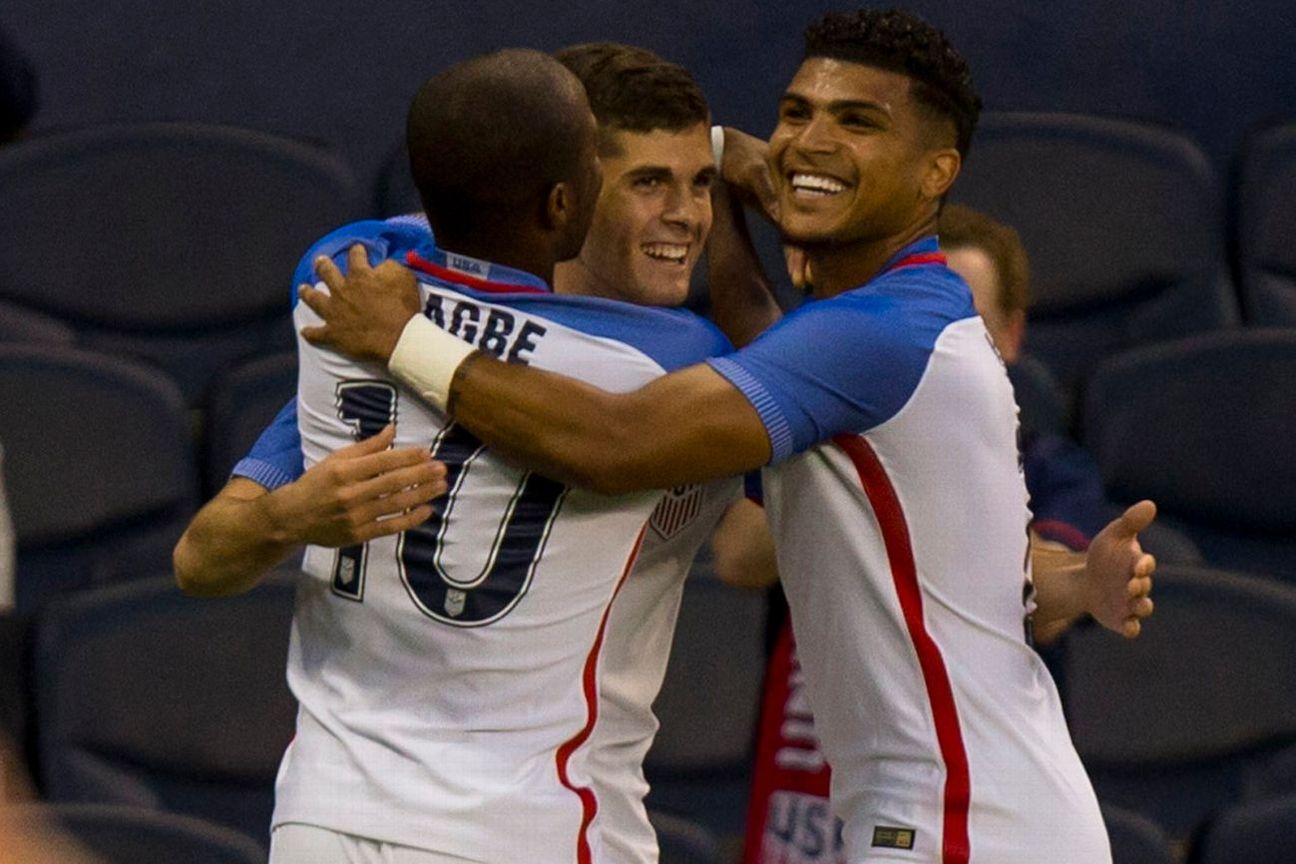 The record for Germany's youngest ever goal scorer was set in 1908 during the national team's first-ever organised match, with Dusseldorf winger Willy Baumgartner scoring against Switzerland aged just 17 years and 102 days.

The long-standing Netherlands youngest goal scorer record has stood for over a century. It belongs to Jan van Breda Kolff, who was 17 years 74 days when he netted on his international debut against Belgium in 1911.

Van Breda Kolff also became the youngest player to have ever played for Oranje in the very same game, another record that is yet to be broken.

It should come as little surprise to learn that the great Pele is the youngest player to score for Brazil, with the legendary striker aged 16 years and 259 days when he opened his Selecao account, against Argentina in 1957.

Cristiano Ronaldo may be far and away Portugal's record goal scorer but their youngest was Joao dos Santos, who was just 16 years and 347 days when he scored against a Czechoslovakia invitational team in 1926.

Dos Santos also holds the record in official games too, as he was 17 years and 66 days when he scored a consolation goal in a 4-2 friendly defeat against France in April later that same year.

Argentina boast some big, big names in their history books, with Diego Maradona their youngest goal scorer aged 18 years 216 days when he netted against Scotland in 1979.

He's joined by Lionel Messi, who is the youngest Argentina player to score at a World Cup having been 18 years and 357 days against Serbia at the 2006 tournament. 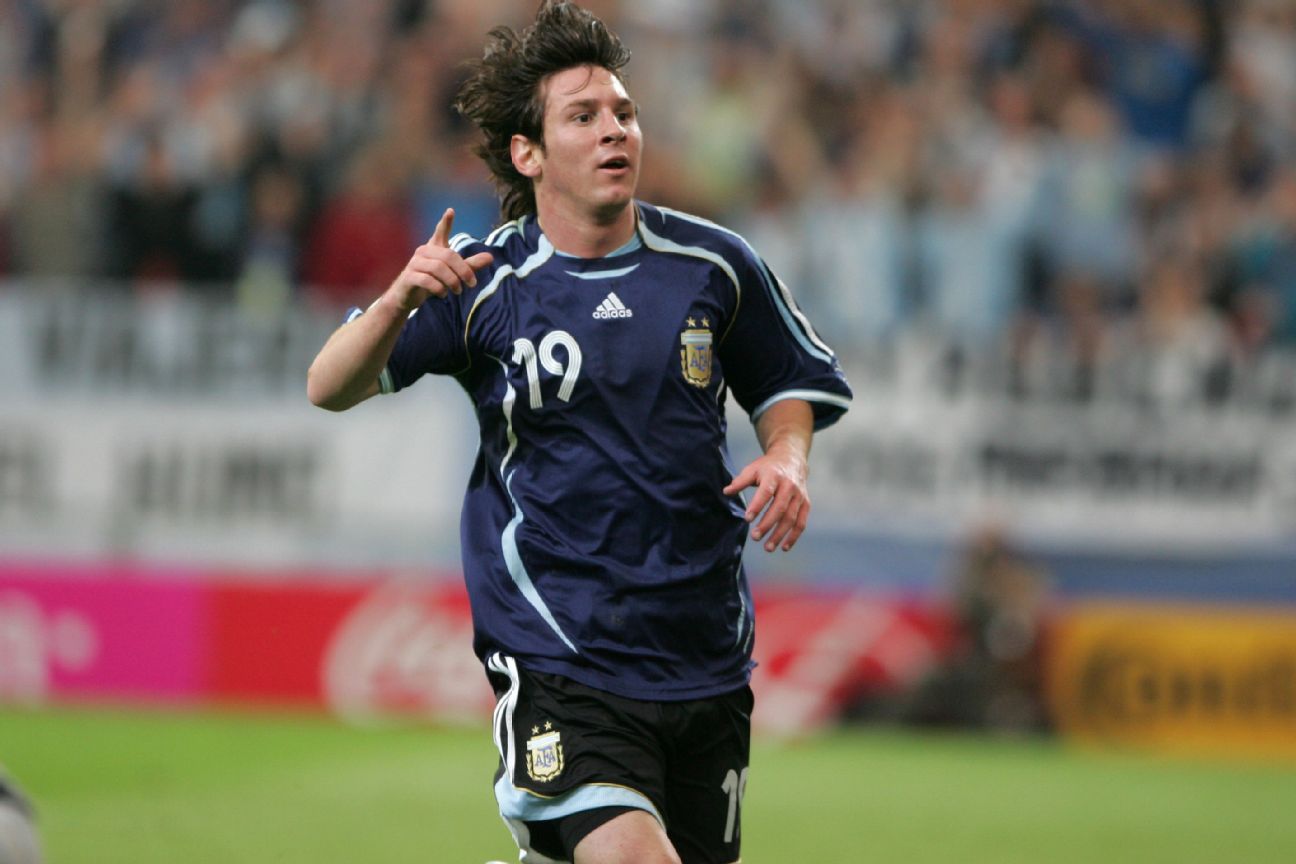 At 18 years and 93 days, Manuel Rosas became the youngest player ever to score at a World Cup for Mexico at the 1930 tournament -- a record that has only ever been bettered by one man: Pele, who was 17 years and 239 days when he scored for Brazil at the 1958 World Cup.

The Socceroos youngest goal-scorer record belongs to Duncan Cummings, who was 17 years and 139 days when he scored on his debut against China in 1975.

It's only right we offer a tip of the hat to the man recognised as the overall youngest goal scorer in a FIFA-verified senior men's international match.

Rather amazingly, Aung Kyaw Tun had only just celebrated his 14th birthday some 93 days before he scored on his Myanmar debut in a Tiger Cup game against Thailand in 2000.

He also held the record for the youngest-ever debutant in men's international football history, which stood for over 10 years until it was pipped by Somalia's Abdinur Mohamud (14 years and 68 days) in 2011.

Barcelona in the pink

The shirt is pink and teal though perhaps even more striking is the very deliberate appearance of Lionel Messi at the centre of the promo material.

The neon jersey is apparently inspired by dawn in Barcelona, when the Mediterranean coastline glows with a distinctly pink and turquoise aura.

Guess we'll just have to take their word for it.

Chelsea have unveiled their new third kit for 2020-21 and immediately opened themselves to scorn from a rival club across London.

The Blues have gone with a broad red-and-blue striped shirt which they launched with a hashtag that brashly declared the design to be "a Chelsea thing."

This came as something of a shock to Crystal Palace, who quite rightly assumed red and blue stripes to be more of a "Crystal Palace thing," all things considered.

Indeed, the Eagles replied to Chelsea's tweet with a barbed hashtag of their very own.

Given that Palace first played in their iconic stripes in 1937, we think it's safe to say that history is firmly on their side here.