Gareth Bale is returning from whence he came after a vastly successful seven-year sojourn in the Spanish capital. The Welsh winger is re-signed for Tottenham on a season-long loan, thus finding himself back at the very club he left for Real Madrid seven years ago, in what was a then-world record transfer.

Still, despite the minor causes for concern, Spurs fans will no doubt be delighted to welcome back one of the most exciting, electrifying individual talents to have worn the jersey in the last couple of decades.

Will the gamble work out? Some you win, some you lose. 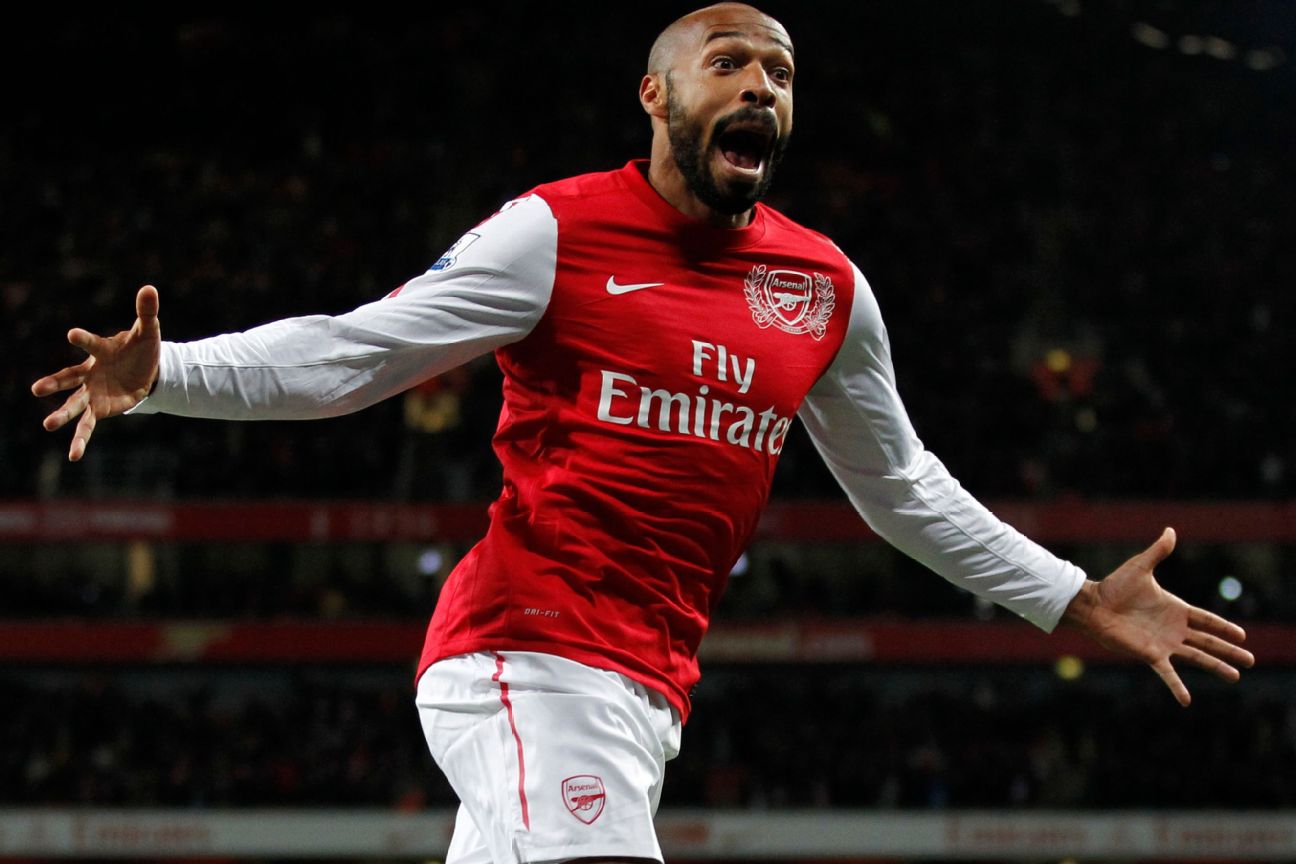 After five years away with Barcelona and New York Red Bulls, Henry made an emotional return to his beloved Arsenal for one last fling in January 2012, signing on a two-month emergency loan deal as (massively over-qualified) cover.

The Gunners' greatest-ever goal scorer returned in 2012, named on the bench against Leeds United in the FA Cup. He was thrown on for his "second debut" with the score 0-0 on 68 minutes. And within 10 minutes he turned the tie Arsenal's way by collecting a pass and stroking the ball into the bottom corner.

He managed to add two more goals to his record tally in the space of just seven appearances, including another match-winner. 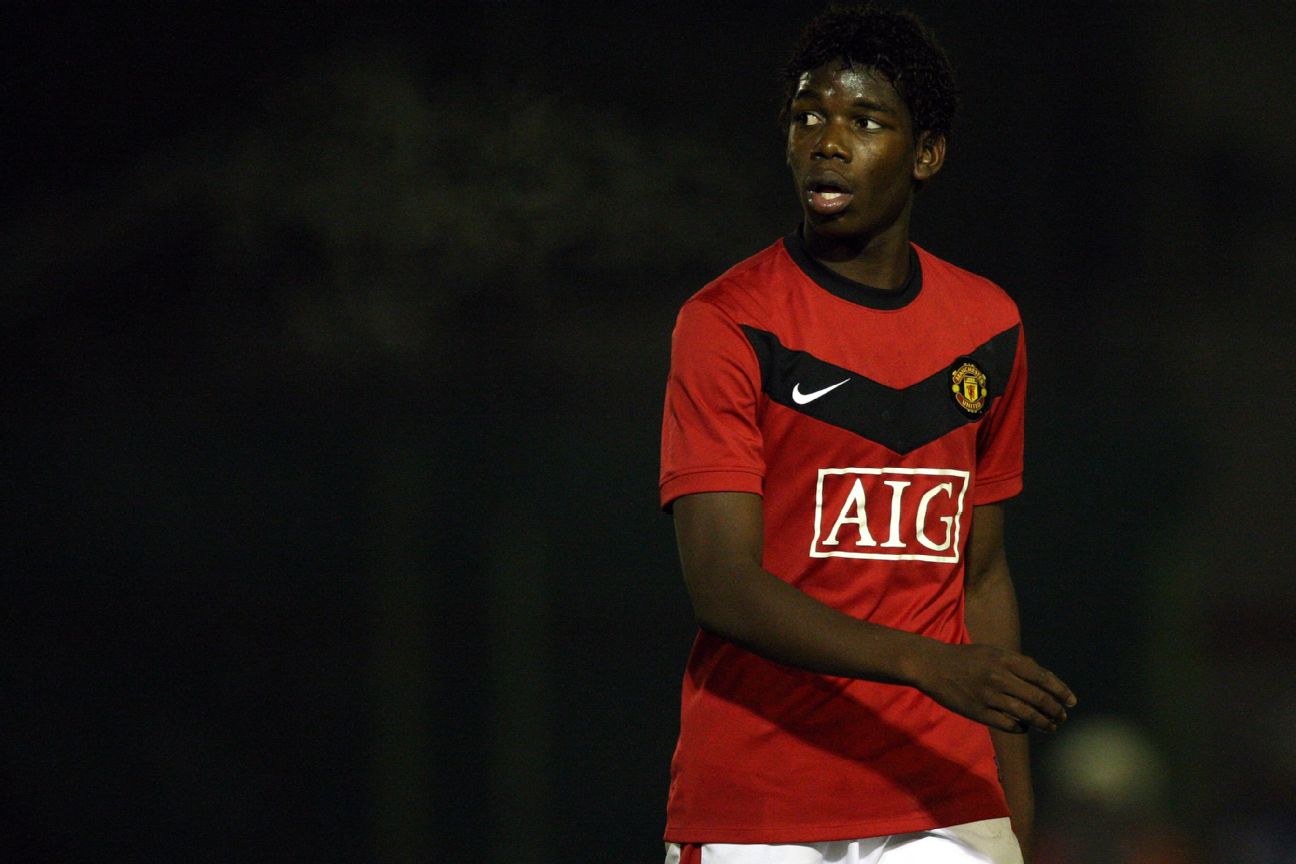 Plucked from the Manchester United academy for pennies by Juventus in 2012, United were then forced to pay a vast mark-up of £89m to acquire the France international's services when he returned to Old Trafford four years later.

Pogba's second stint at United hasn't been all sunshine and rainbows, but there's little doubt that when he's on song, he's among the very best in the world. 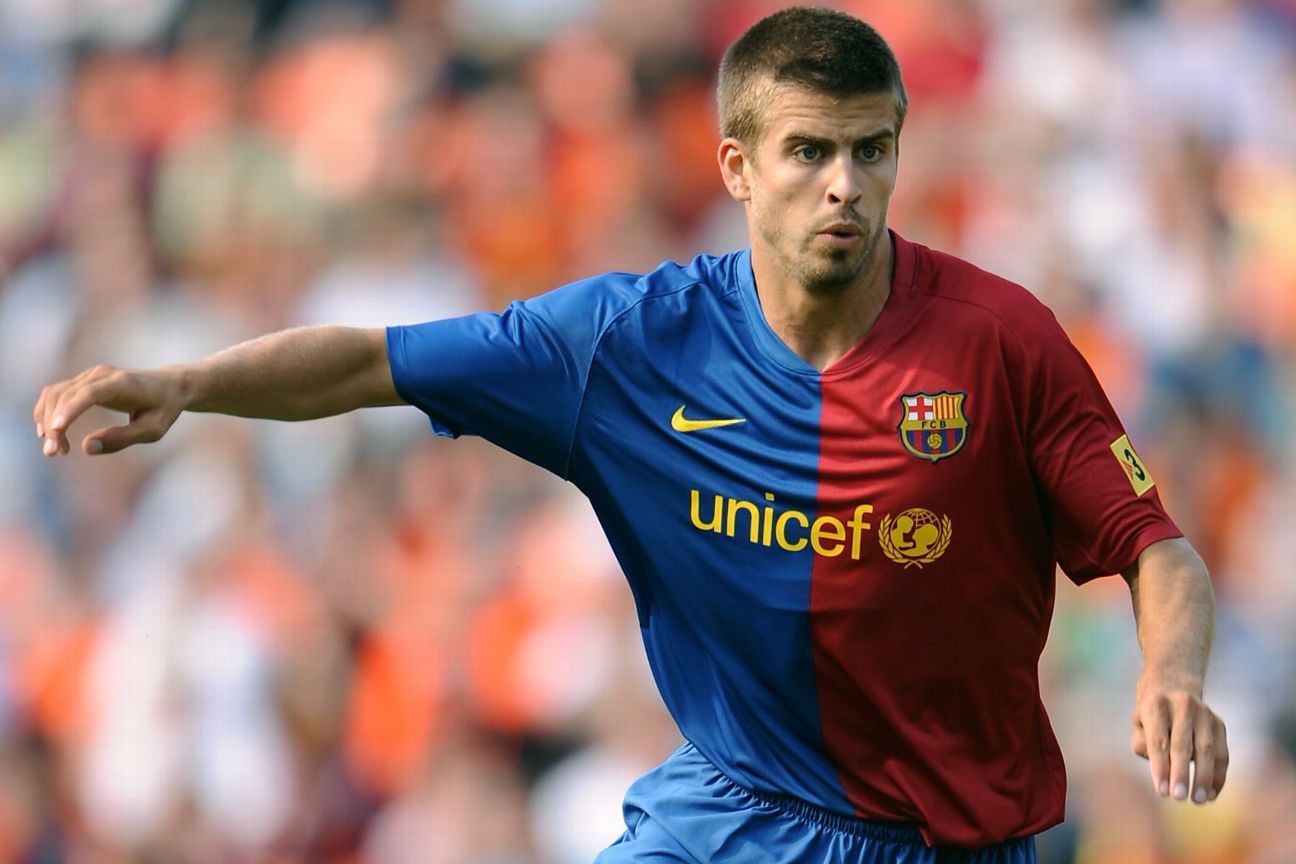 A young Pique was on the brink of the Manchester United first team for several years but found himself ultimately restricted to just a handful of senior appearances by the time his boyhood club, Barcelona, slapped an offer on the table in 2008.

The La Masia graduate returned to the Camp Nou for a modest fee and just £5m, and was thrust into the heart of the defence alongside Carles Puyol and swiftly went onto become one of Barcelona and Spain's most highly decorated footballers. 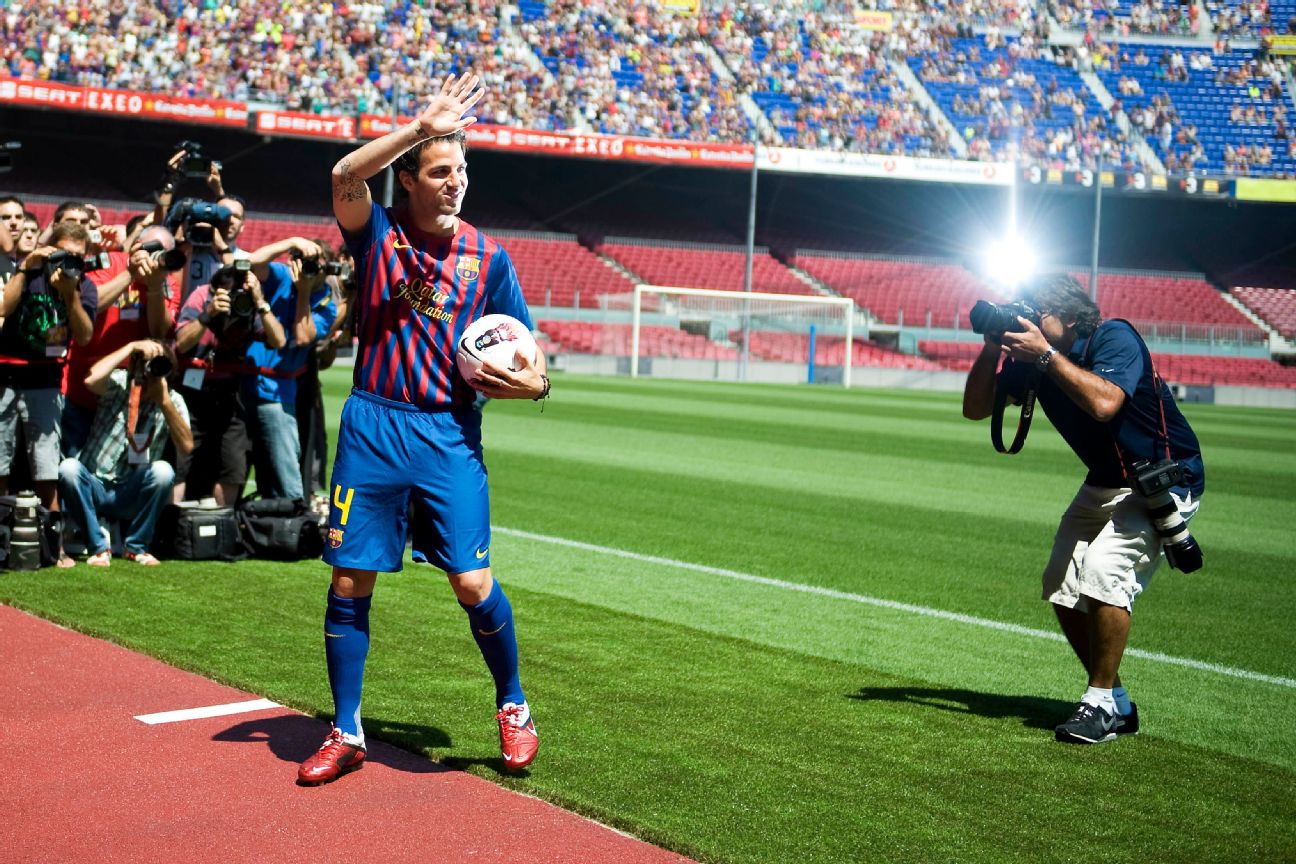 Another La Masia prodigy who succumbed to his Barcelona DNA, Fabregas started out at Barca, joined Arsenal in 2003, and went back the other way in 2011 after being lured back to his Catalan home -- mercifully bringing to a close one of the most tedious and convoluted transfer sagas in living memory.

Unlike Pique, however, Fabregas didn't quite seem to fit at Barca and was often deployed out of position to accommodate others. He still played his part in a La Liga title triumph but returned to the Premier League with Chelsea just three years after his grand Blaugrana reunion.

It's often forgotten that Drogba had two stints at Chelsea, though the Ivorian striker did only return for a single season in 2014-15 after a couple of years away with Shanghai Shenhua and Galatasaray.

Drogba's first spell between 2004 and 2012 was trophy-laden, and he was brought back by the man who first signed him for the Blues, Jose Mourinho. The campaign ended with the Blues wrapping up the Premier League title -- Drogba's fourth with the club, five years on from his last. He only scored four Premier League goals, but he was a talisman.

At the end of a tumultuous 2016-17 campaign, Costa found himself surplus to requirements at Chelsea after being informed by manager Antonio Conte via text message that he wouldn't be welcomed back the following season.

What followed was months of stalemate, wrangling and posturing by both parties, which ultimately ended with Costa agreeing a return to former club Atletico Madrid in January 2018.

The striker was greeted with open arms by Atleti but it's fair to say he's so far fallen some way short of the thrilling heights he hustled and bustled his way to during his first stint with the club, scoring only 10 La Liga goals in three seasons. 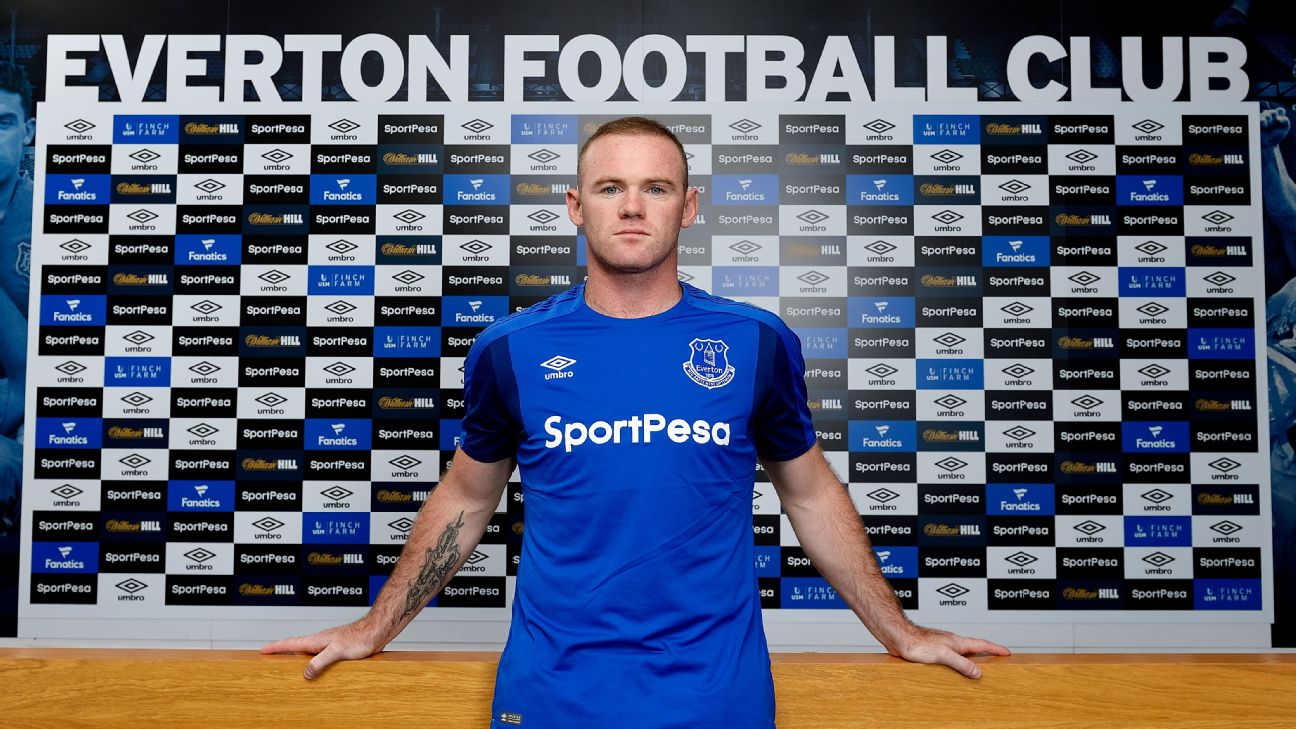 After bursting onto the scene with Everton as a teenage sensation, it took 13 years for the Toffees to get Rooney back on board.

After winning five Premier League titles and a Champions League with Manchester United (as well as becoming their all-time leading goal scorer), the one-time wunderkind returned to his boyhood club in the summer of 2017 as a grizzled 31-year-old veteran.

Rather than settling in for one last comfortable payday, Rooney did his bit by scoring 11 goals in 40 appearances -- including a 59-yard belter from inside his own half against West Ham -- before heading off to DC United in MLS. 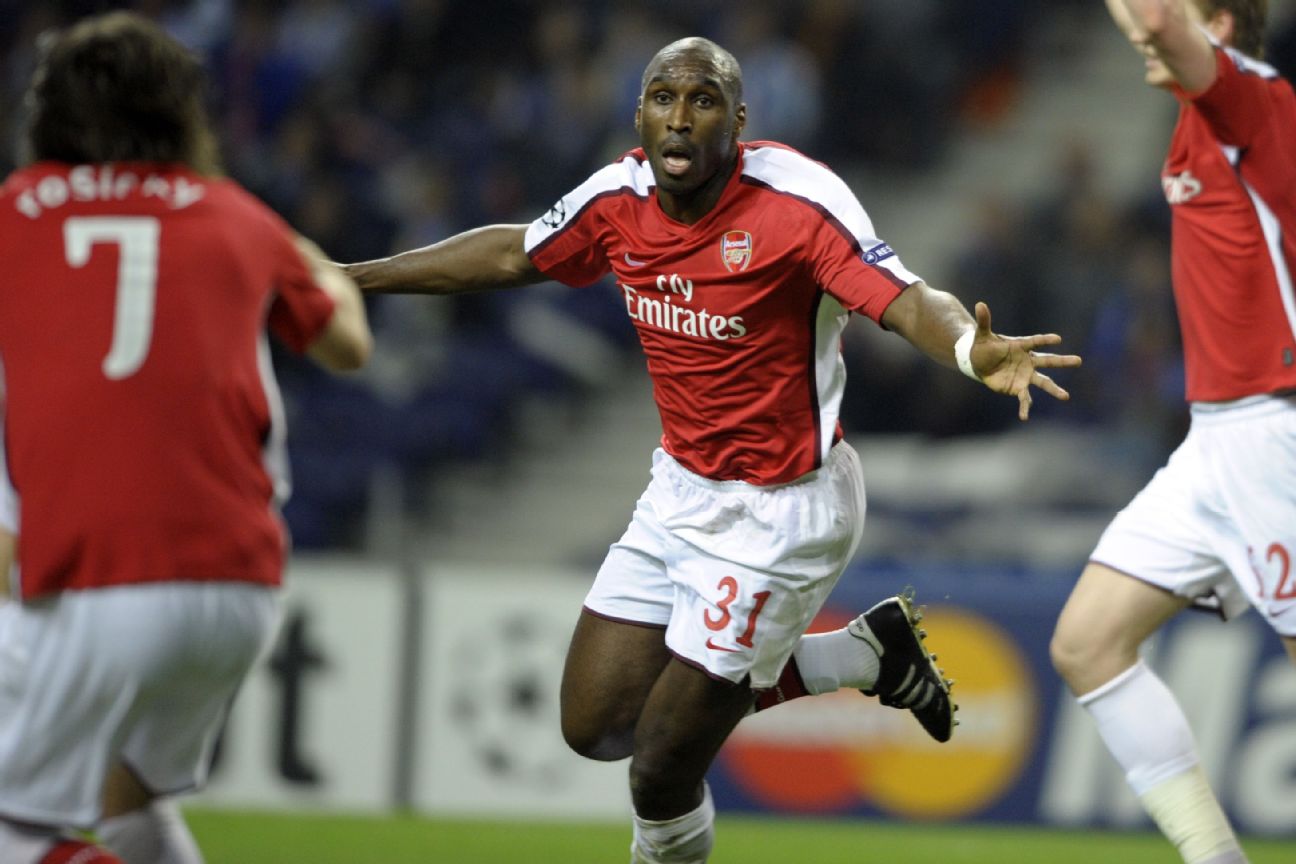 While you're no doubt familiar with the controversy surrounding Campbell's first arrival at Arsenal from Tottenham Hotspur in 2001, it may have slipped your mind that the member of the Invincibles did return for a second spell under Arsene Wenger.

After walking out on Notts County in 2009, Campbell was invited back to train with the Gunners while he assessed his options. However, Wenger was so impressed by the 35-year-old's conditioning that a short-term deal was offered from January 2010 until the end of the season.

Defying his advancing years, Campbell went on to make 14 more appearances for the club. 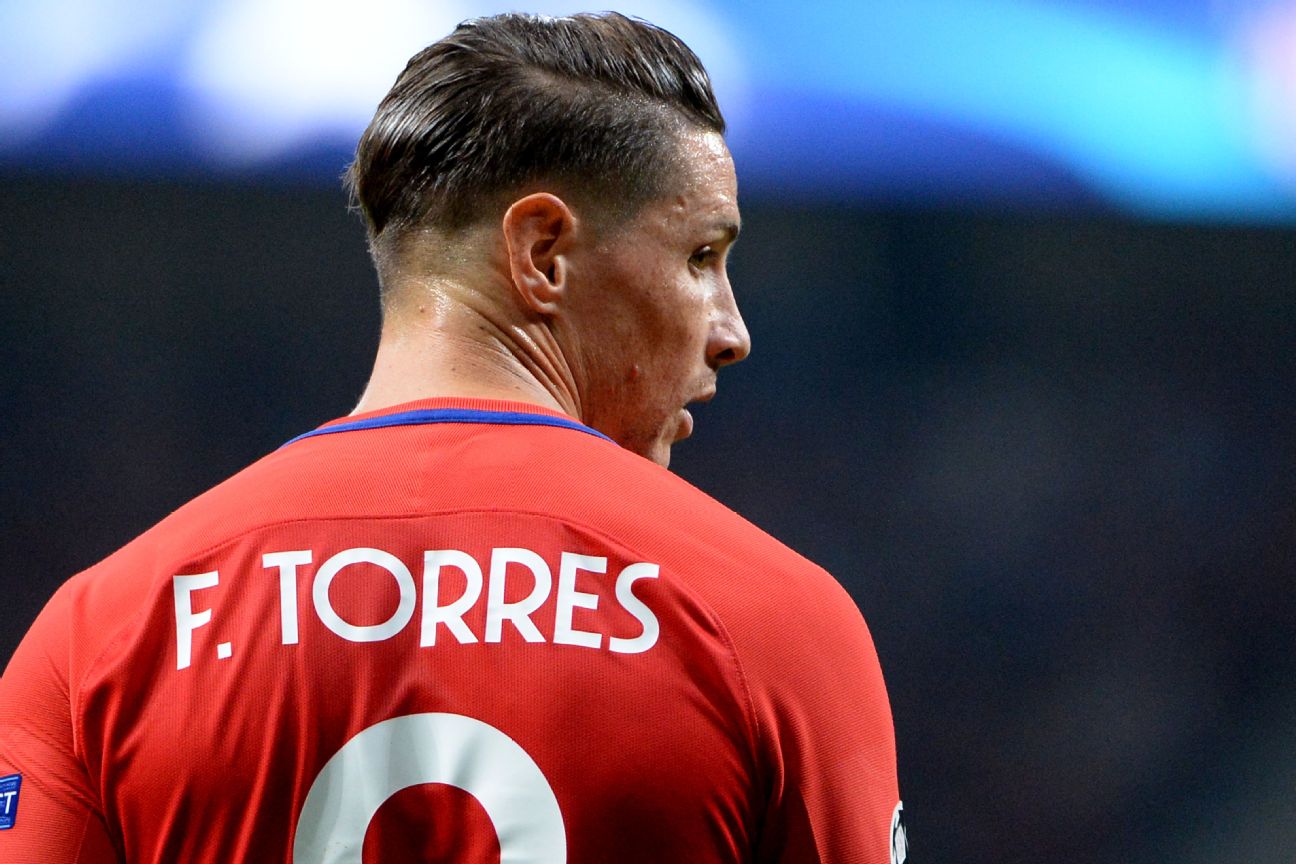 When 45,000 fans turn out to witness your return, it's fair to say that you probably hold a special place in their collective hearts.

That's exactly how El Nino's second unveiling to Atletico Madrid was heralded in 2015, when throngs of supporters crammed into the Vicente Calderon to welcome their prodigal son home.

Torres signed for Atleti on loan in January 2015 from AC Milan where, confusingly, he'd also been on loan from Chelsea, and proceeded to score a light peppering of goals (including his 100th for the club) over the course of the next 18 months, though he mainly served as back-up for his younger strike partners. He then signed a two-year deal with Atleti before riding off in the Japanese sunset.

Verdict: Miss (not that the Atleti fans cared!) 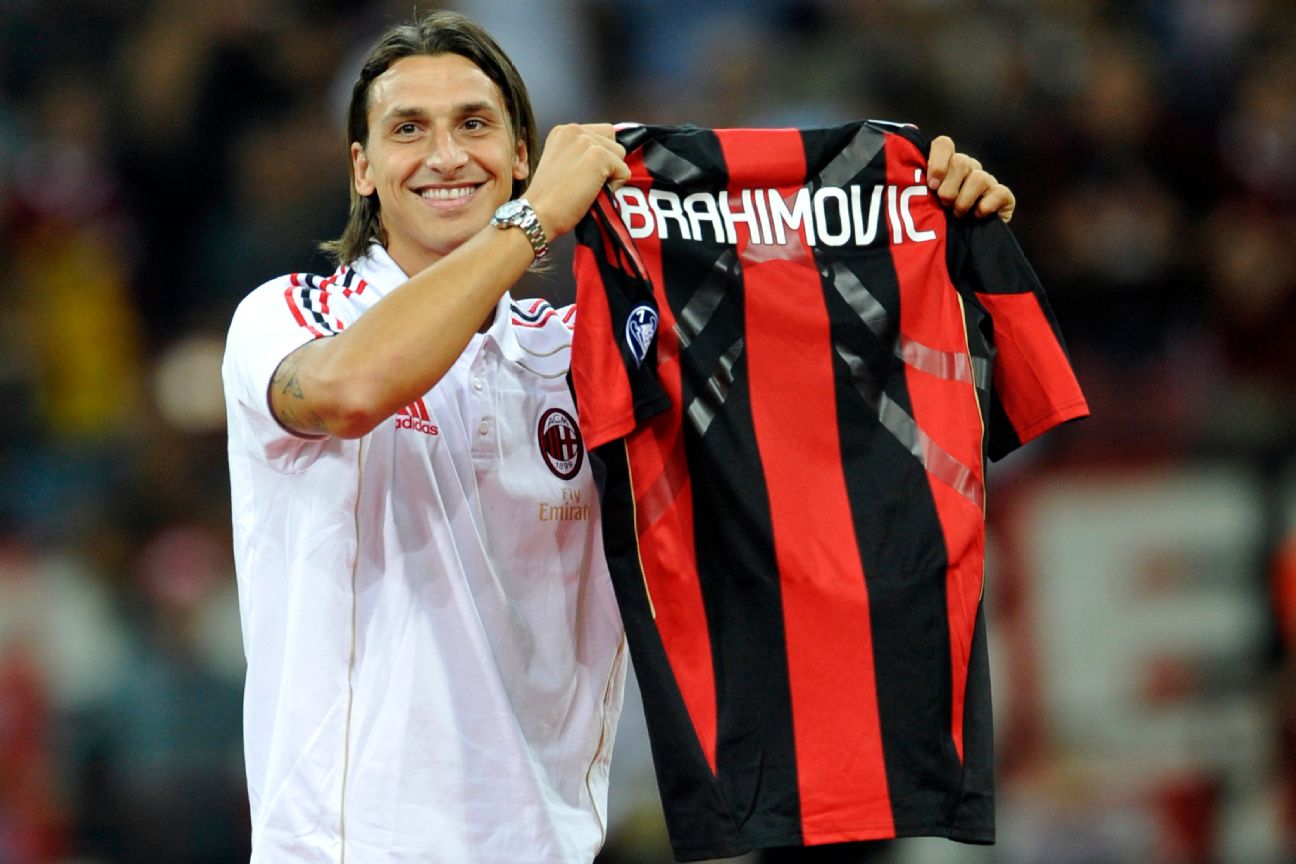 It's possibly little more than circumstantial, but Ibrahimovic did technically return to his former club when he re-signed with Manchester United in the summer of 2017.

United released the Swedish striker at the end of the 2016-17 campaign after he suffered a nasty knee ligament injury in April which forced him to miss the remainder of the season, including the Europa League final.

However, after talks continued between the two camps, Ibrahimovic was offered a new one-year contract for the 2017-18 season which was made official in August. The veteran duly returned from injury several months ahead of schedule but scored only once more for United -- in the EFL Cup against Bristol City -- before jetting off to LA Galaxy.

But Zlatan didn't stop there...

He first signed for AC Milan in the summer 2010, switching back to Serie A on loan from Barcelona after what can only be described as a productive (he scored 16 goals in 29 La Liga games) yet frustrating time (he fell out with Pep Guardiola) at the Camp Nou.

After 14 Serie A goals in 29 games, he moved to Milan permanently at the end of the season and repaid that by winning the league's Golden Boot, plundering 28 goals in 32 games before headlining Paris Saint-Germain's ambitious project.

Ibra returned to the San Siro at the age of 38 on January 1, 2020, after his contract with LA Galaxy expired. He netted 10 times in 18 league games and earned a contract extension which will take him into his 40th year. 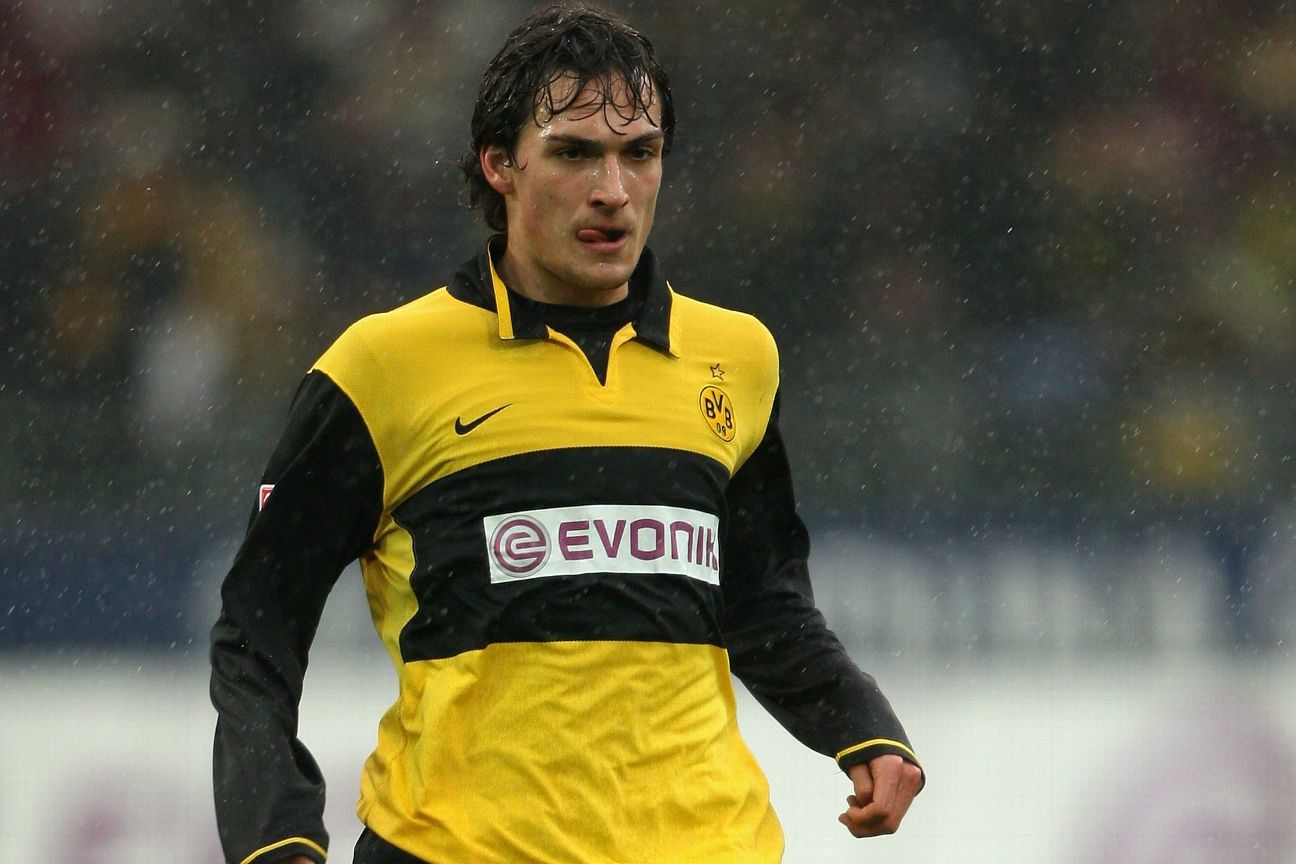 Hummels is a member of what must surely be a very select group of players who have rejoined two of their former clubs, twice. Honestly, we can't think of another.

Having come through the youth ranks at Bayern, the Germany international became one of the most coveted centre-backs in the world at rivals Dortmund, only to then sign for Bayern, only to then return to Dortmund once again after three seasons away

That's four transfers between the same two clubs (and five if you count his loan from Bayern to Dortmund in 2008-09), all in the space of a decade. 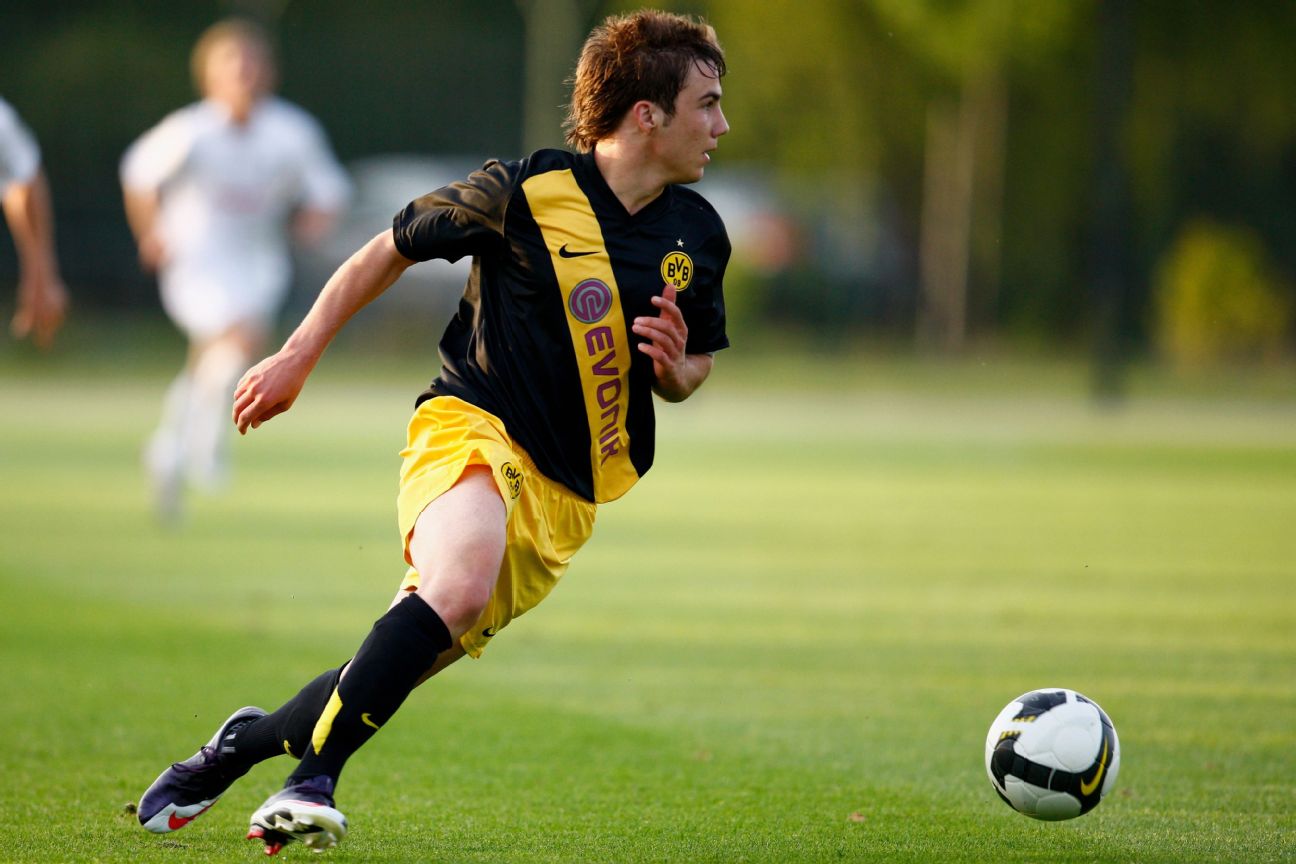 Gotze is close to matching Hummels in the "to and fro" stakes having broken through at Dortmund and sealed his big move to Bayern, only to wind up back at Dortmund a few middling seasons later. But it didn't quite work out second time around back at Dortmund.

After being allowed to leave Dortmund when his contract expired at the end of the last season, Gotze is still without a club. Who knows, perhaps Bayern could swoop in and rectify that? It would certainly give Hummels somebody to talk to at the next group meeting.

It's certainly not specific to Netherlands international veterans, but the Dutch old guard certainly seem to enjoy one last romantic whirl at their boyhood clubs.

In recent years we've seen the likes of Dirk Kuyt and Robin van Persie making tail-end returns to Feyenoord, the team responsible for cultivating both players' burgeoning talents as youngsters. Kuyt even went one further and spent a further year at Quick Boys, his amateur junior team, before retiring.

Even more recently, we've seen 36-year-old Arjen Robben sign up for one more tour of duty with Groningen after almost 20 years away -- though his involvement has so far been hampered by injuries.