Adidas have produced a special array of custom, hand-painted jerseys for a selection of the world's top football clubs.

In collaboration with singer, songwriter, record producer, fashion designer and entrepreneur Pharrell Williams and his Humanrace creative label, each shirt is inspired by the club in question and significant moments from their respective histories.

The aforementioned moments and memories have been reverse engineered and reworked in a raw and expressive manner to reflect contemporary football culture, as interpreted by Pharrell and the Humanrace design team.

"History is what shapes the future, and sometimes in order to look forwards, first we need to look back," Pharrell said of the collection.

"The most important part of the process with this collection was to learn of each club's legacies and how each defining moment of their histories were captured and preserved from a design perspective.

"Each of the new jerseys are symbols of the five clubs' legacies and a true celebration of the universality of sport." 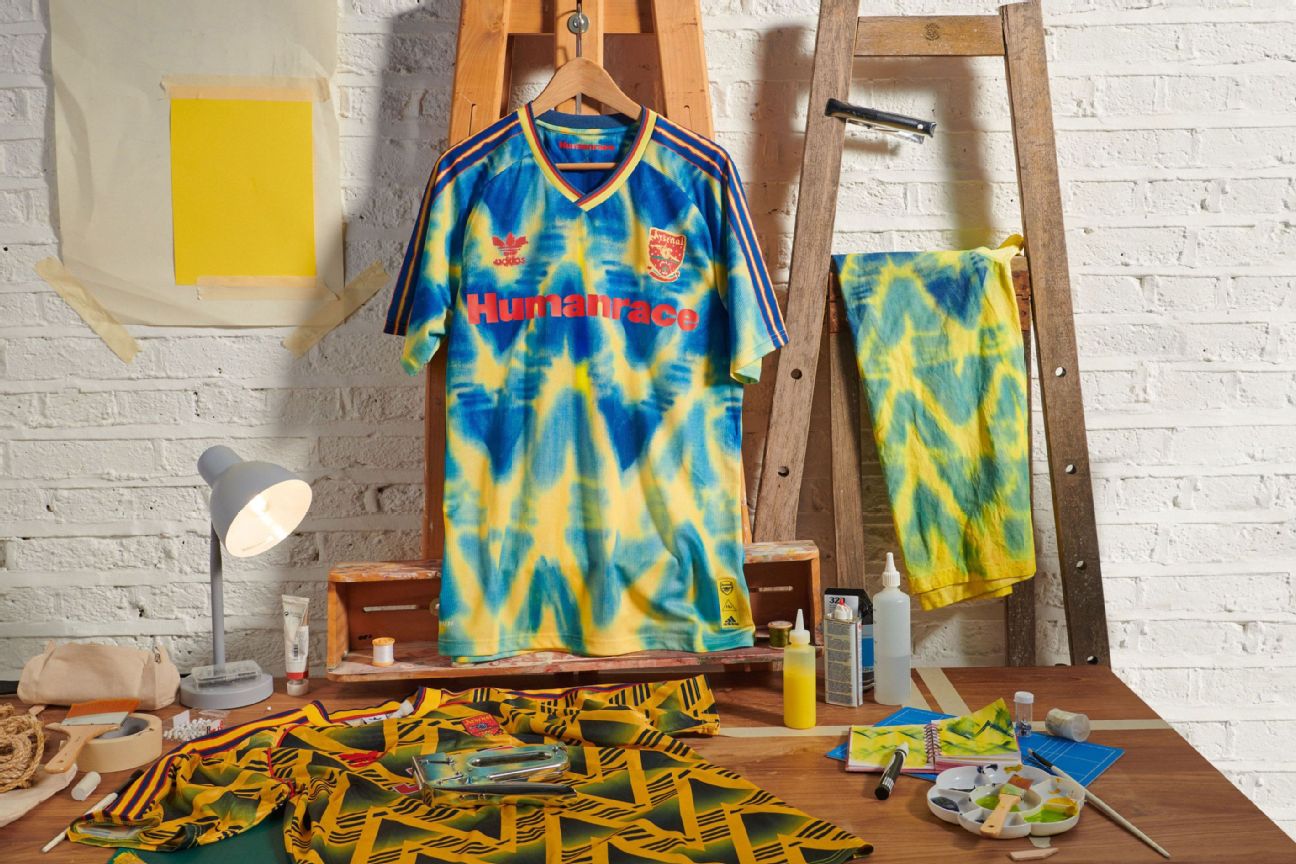 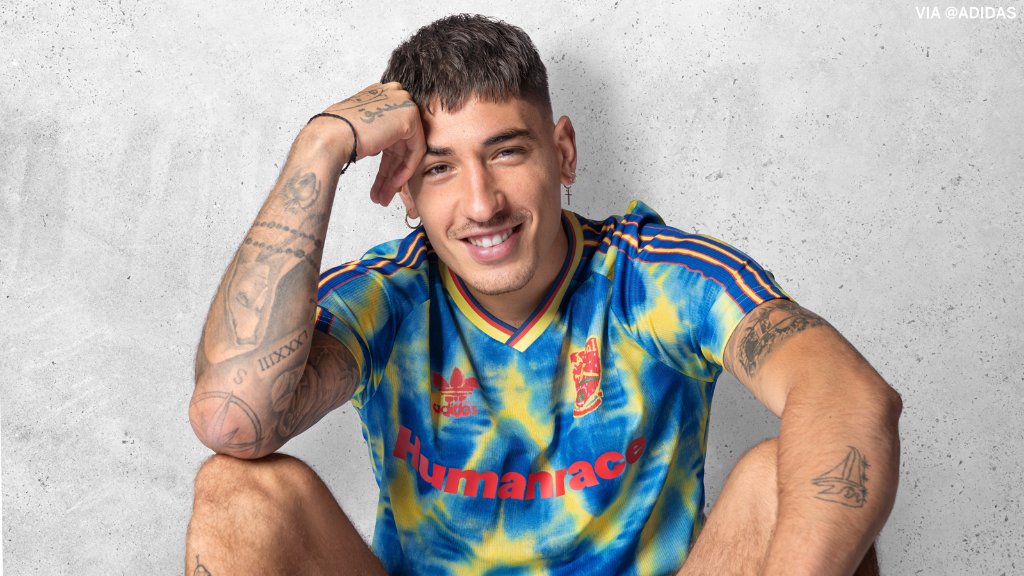 It all started with Pharrell trawling back through the Adidas archives and plucking the cult classic "bruised banana" Arsenal away shirt of the early 1990s as his starting point.

The iconic zigzag design was then reworked with a loose "paint bleed" effect (using spray paint and stencils) to give the jersey a washed-out and watery look, with the badges and club crest hand-stencilled on the chest. 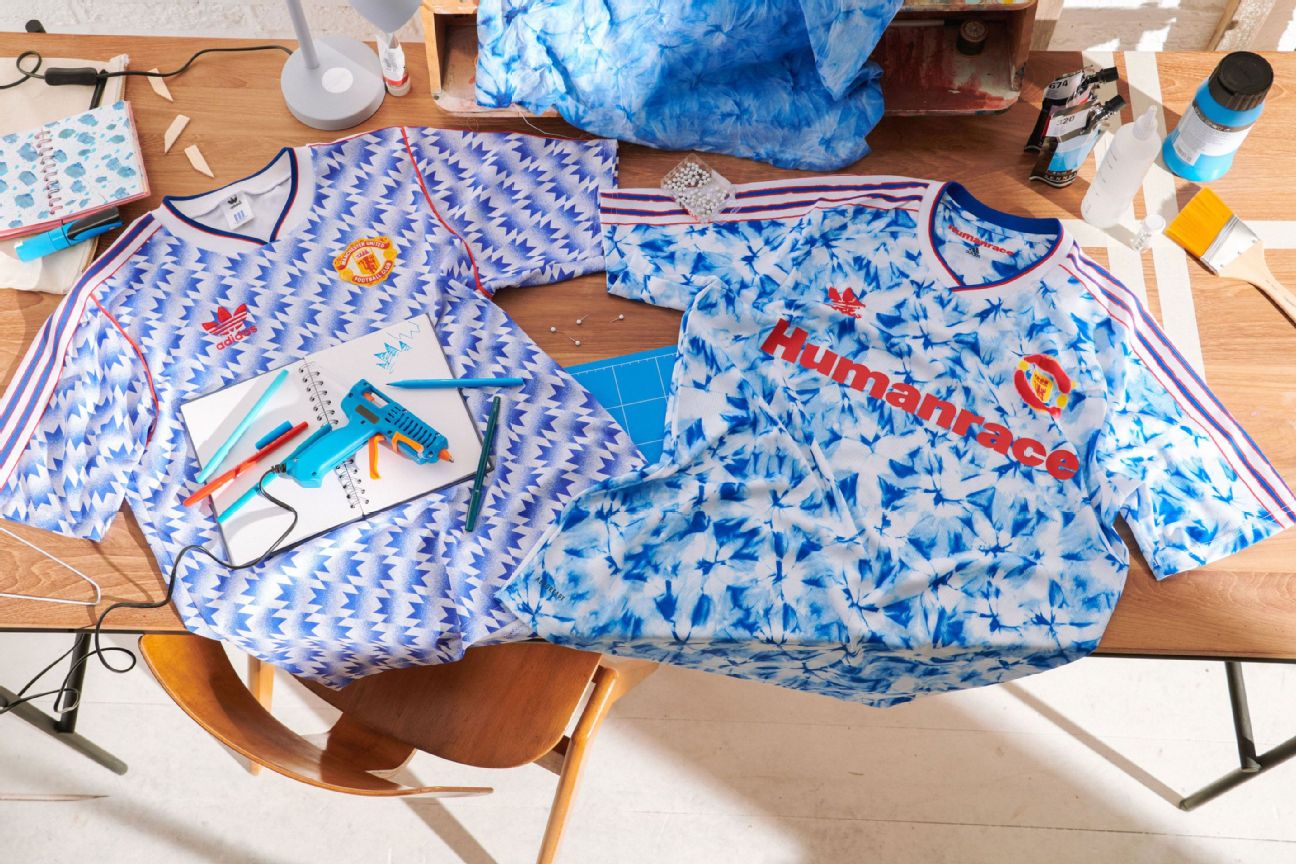 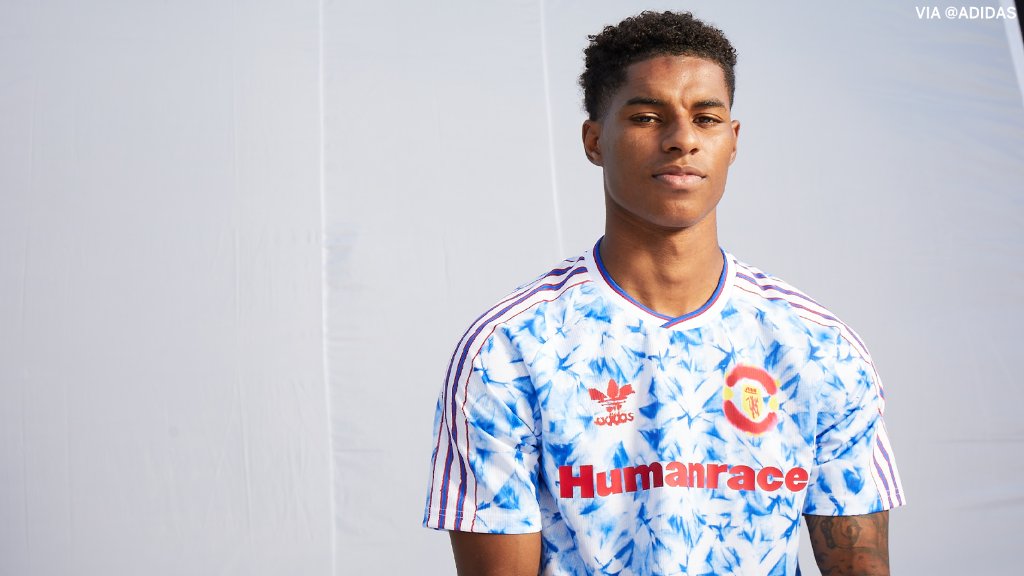 Another classic Premier League away kit was dredged up for United's offering, with Pharrell selecting the popular white and blue "snowflake" shirt from 1990 to 1992 to remix.

Still a favourite among United fans to this day, the design was originally born of the "Madchester" house music scene that swept the city in the late 1980s and has now been updated using a mottled tie-dye effect. 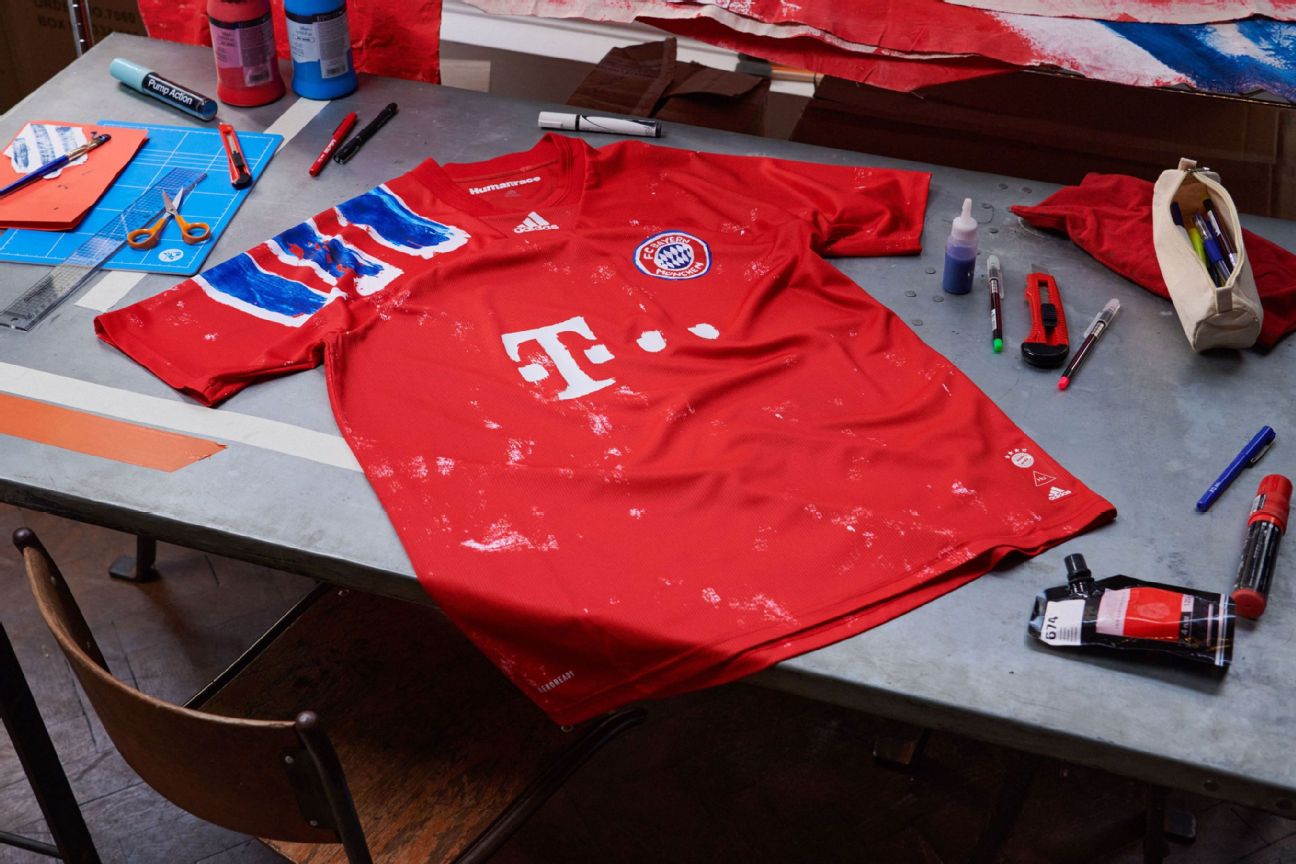 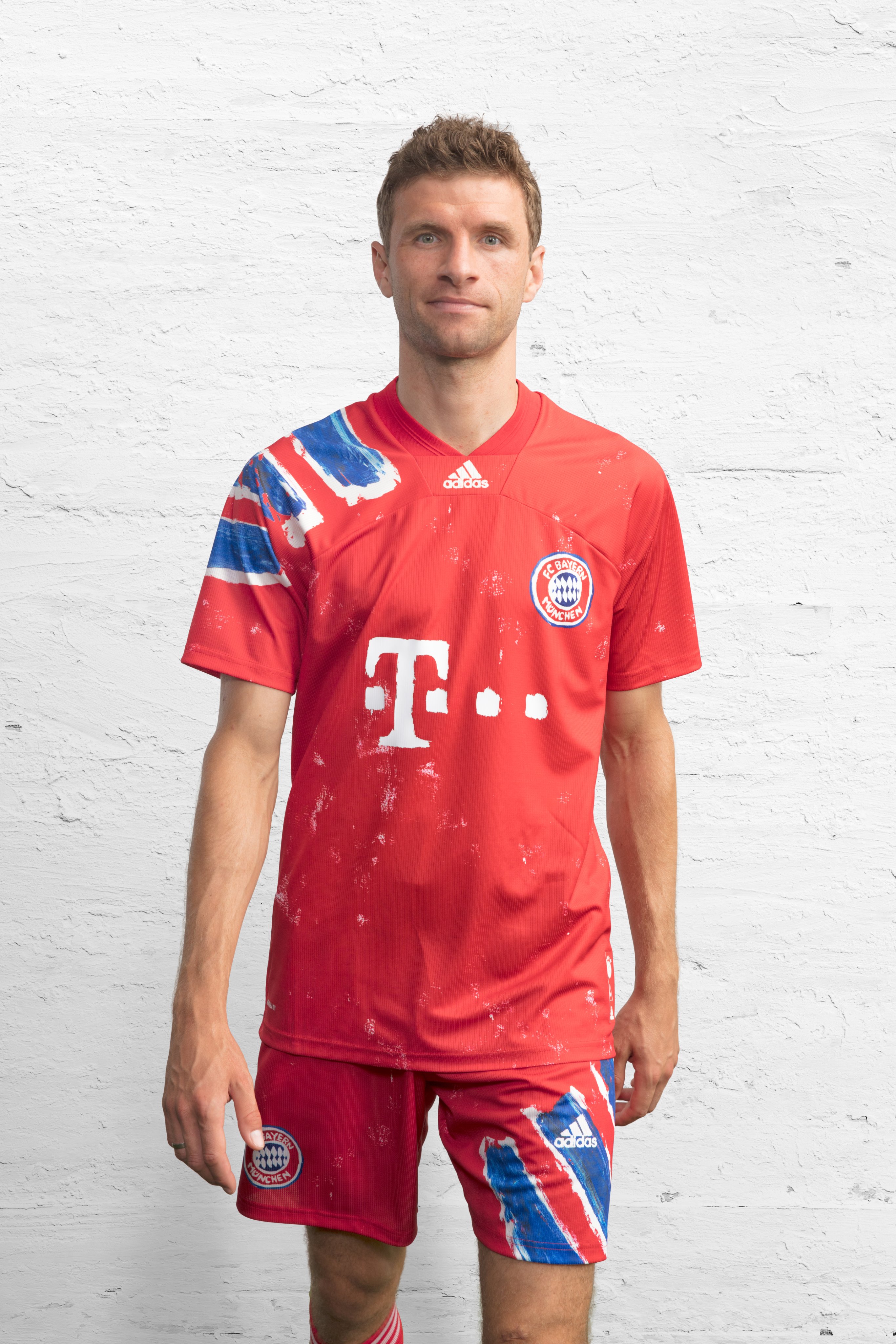 Bayern saw their 1991 to 1993 home shirt selected from their back catalogue to undergo the Humanrace treatment, with the bold and blocky design reimagined using daubs of thick acrylic paint. 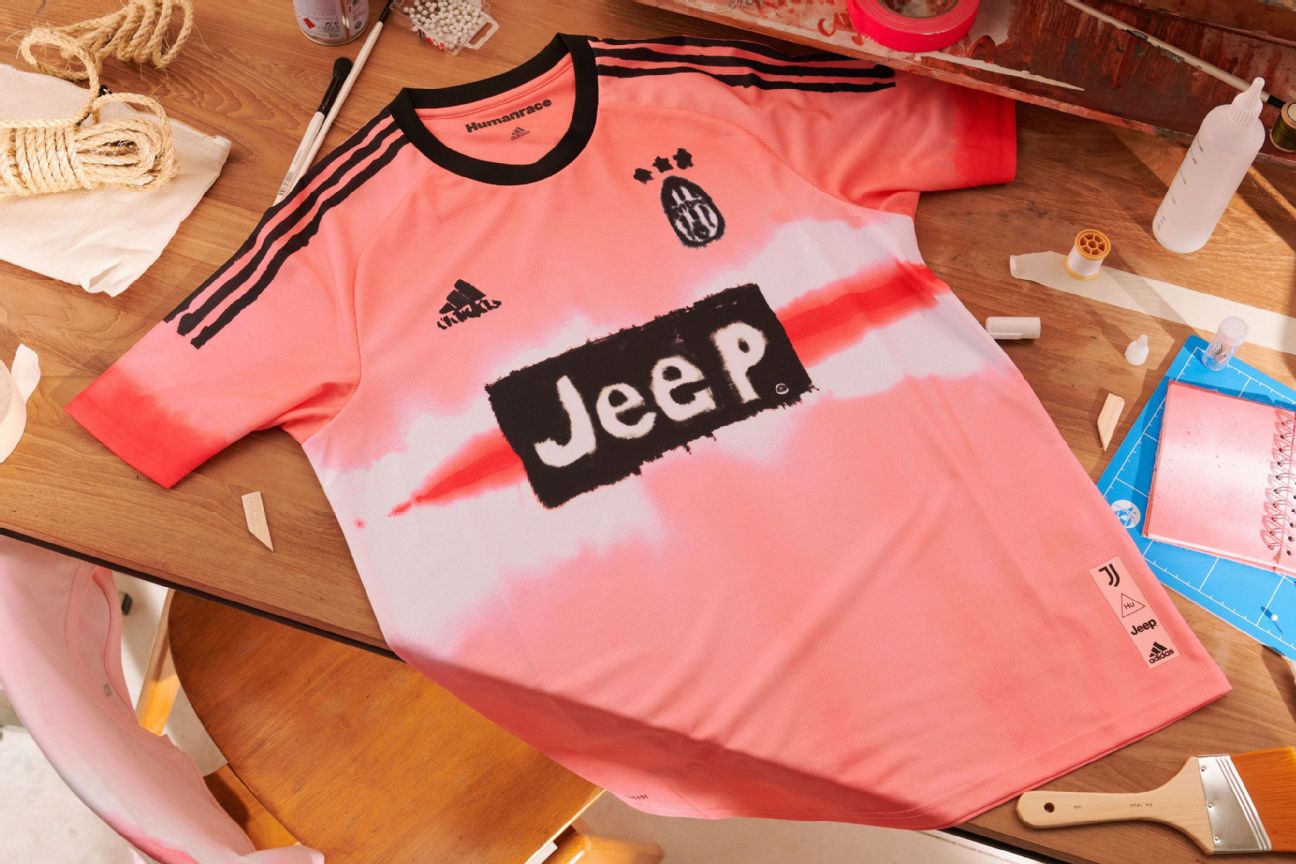 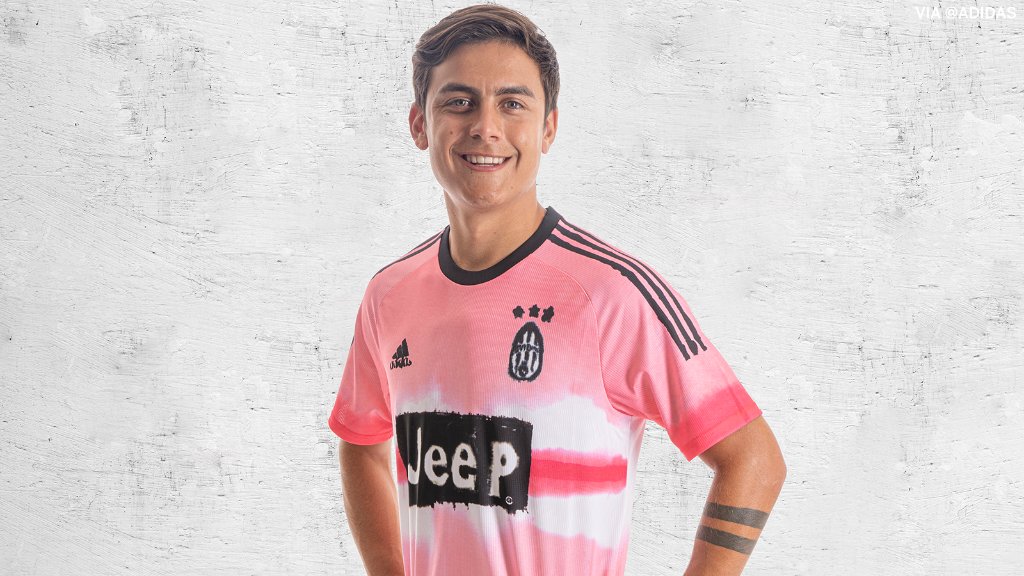 Rather than their famous black and white stripes, Juventus saw their gaudy pink away shirt from 2015-16 given an blotchy artistic overhaul -- quite possibly as it marks a treble-winning season and also the first year of the Italian club's kit partnership with Adidas. 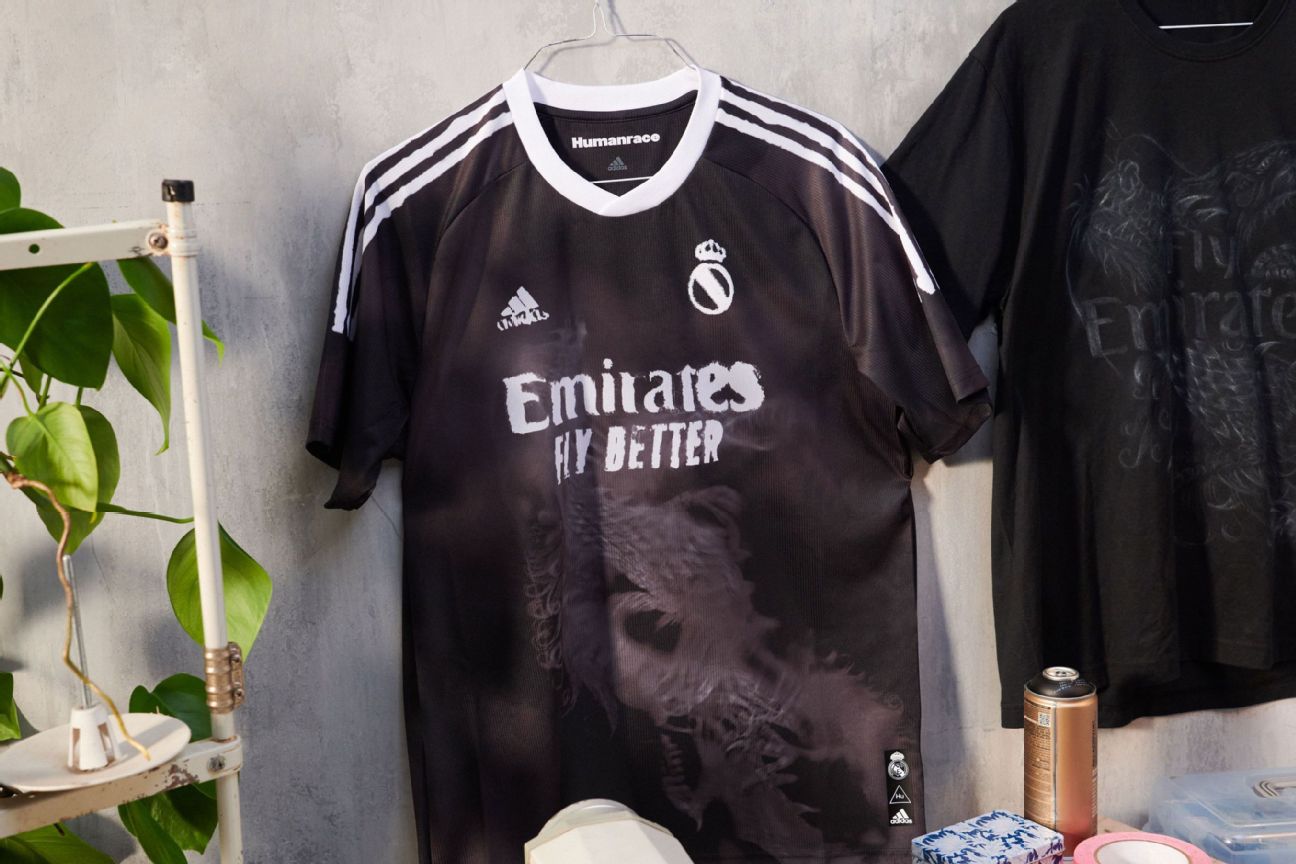 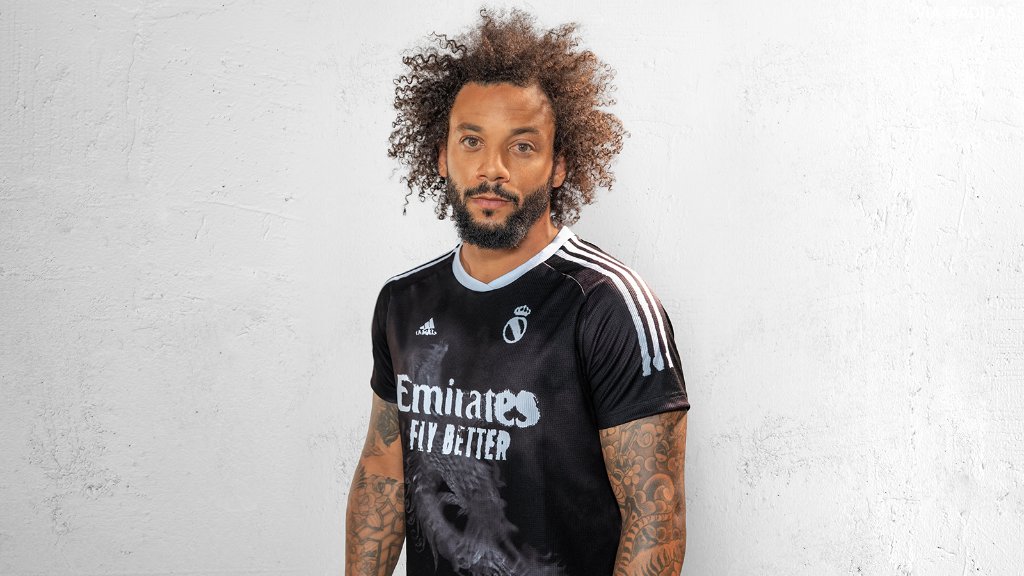 Rounding off the main collection, Pharrell decided to use a Madrid shirt which was itself originally created by his friend and past collaborator, Japanese fashion designer Yohji Yamamoto.

An instant hit at the time, Los Blancos' 2014-15 away kit featured a mystical graphic drawn by Yamamoto, with two dragons entwined around each other on a field of black -- a symbol of glory, honour and power.

Pharrell and Humanrace have adapted the illustration using a water technique to smudge the intricate drawing to the point of being almost unrecognisable. 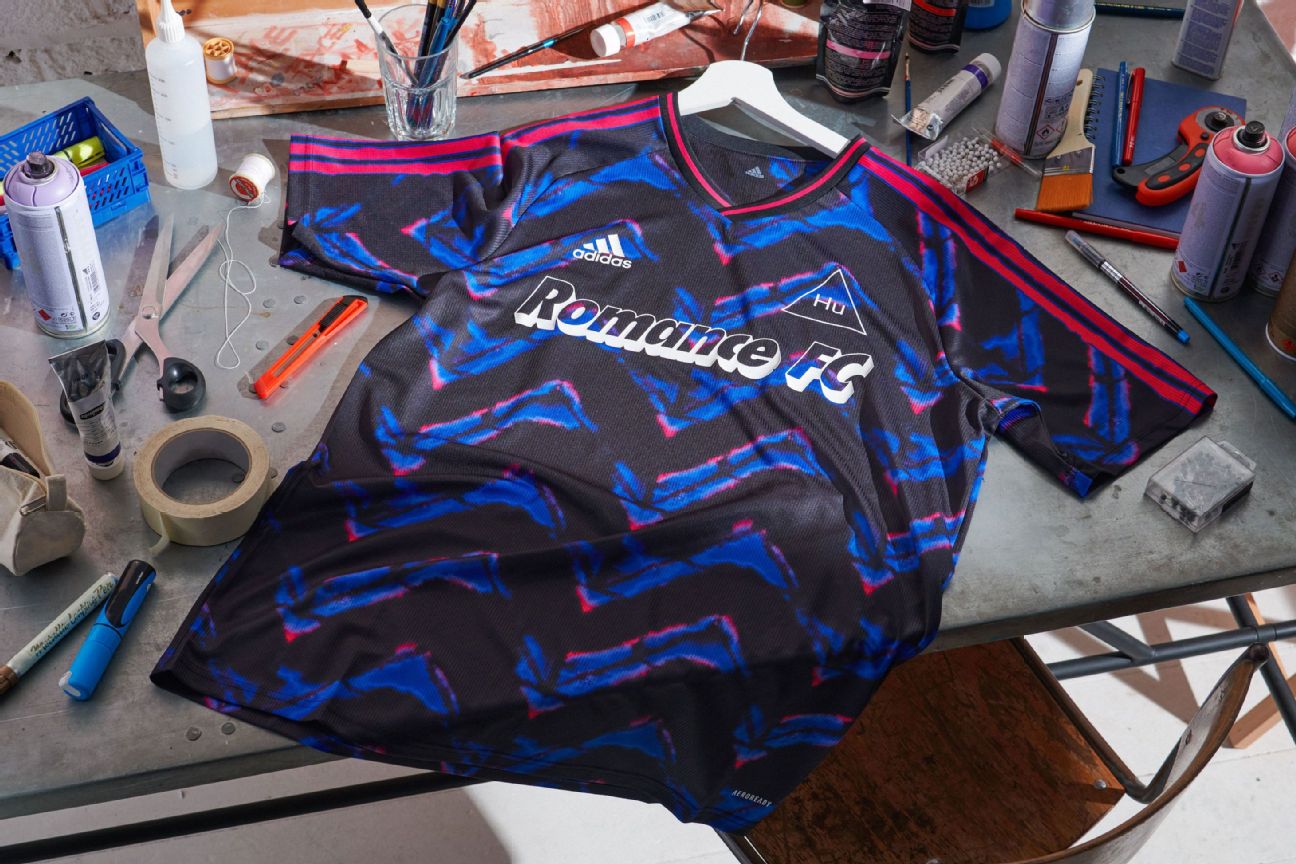 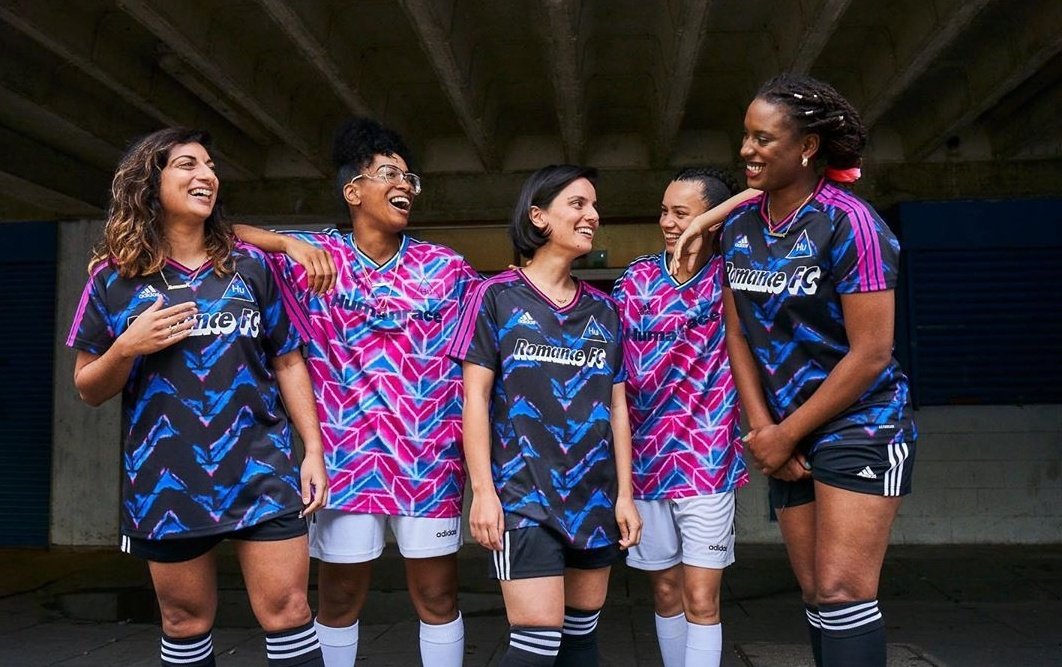 London grassroots team Romance FC also had a bespoke shirt created for them to play in this season, which will make just about every single opponent massively jealous as they are in such illustrious company.

Indeed, the Adidas x Pharrell Williams "Humanrace" jerseys will function as exclusive prematch apparel for Arsenal and Manchester United before their Premier League games on Oct. 24, with Real Madrid doing the same.

Juventus will wear their designs in-match on Oct. 25, and Bayern Munich will sport theirs in their next domestic cup game.