With just two weeks until Christmas, soccer clubs have stocked their online stores with various festive bits and bobs.

At the centre of any decent Yuletide collection is the club Christmas sweater, which is now firmly a tradition in the world of club-branded casual wear.

Some clubs take it more seriously than others -- for every one that puts a lot of careful thought into its design, another is content with slapping a few snowflakes on a plain pullover and hoping for the best.

Here's our look at some of the official knitwear on offer from clubs across Europe's top leagues in 2020, in alphabetical order. 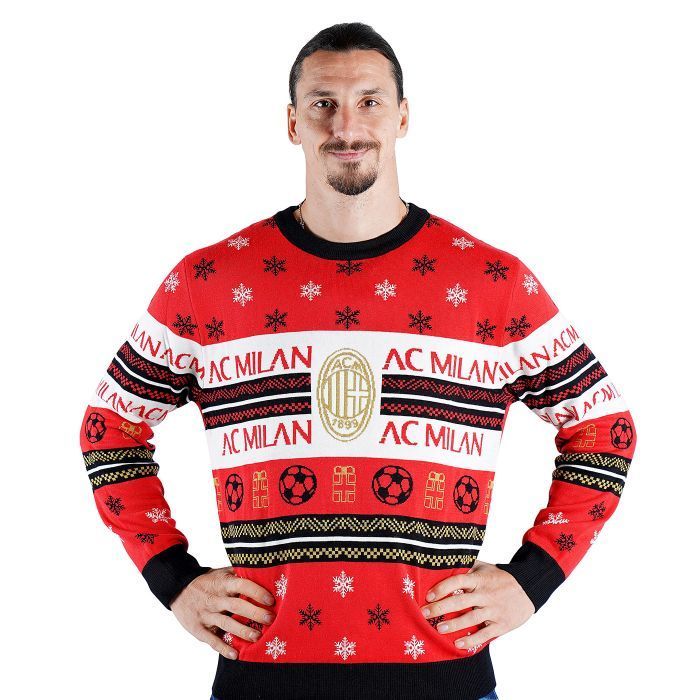 The Rossoneri's sweater is fairly unremarkable until the Italian club managed to talk Zlatan Ibrahimovic into modelling it for them. 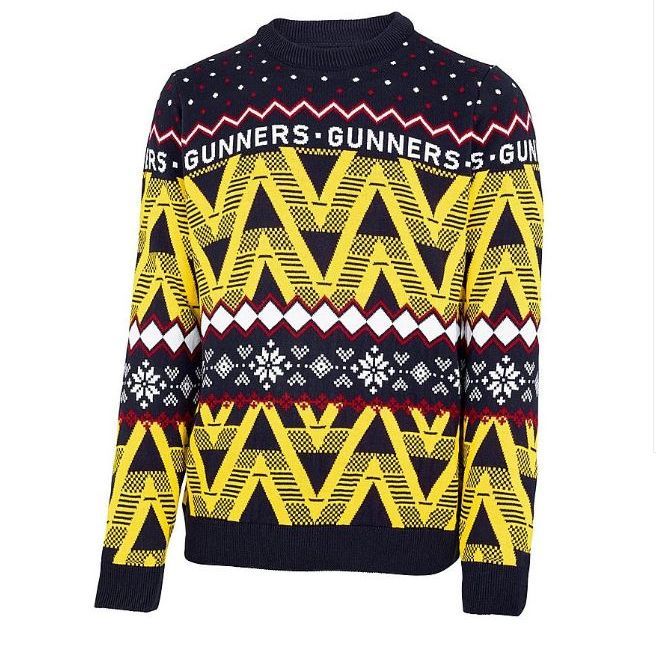 The Gunners' Christmas sweater utilises the pattern from their cult "bruised banana" kit of the early 1990s so beloved by their fans. It shouldn't work, but it does. 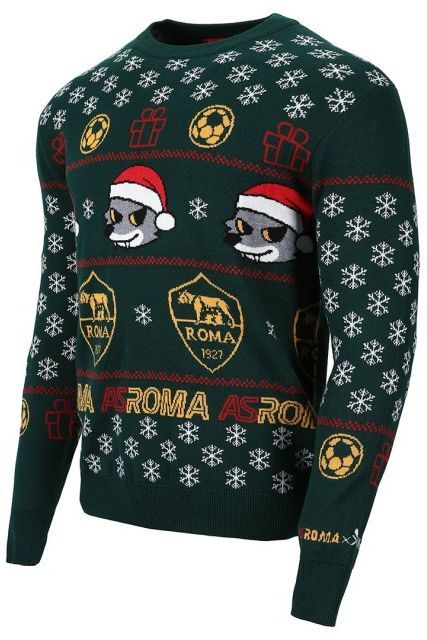 Roma's offering is an unsatisfying mishmash of emblems and patterns. 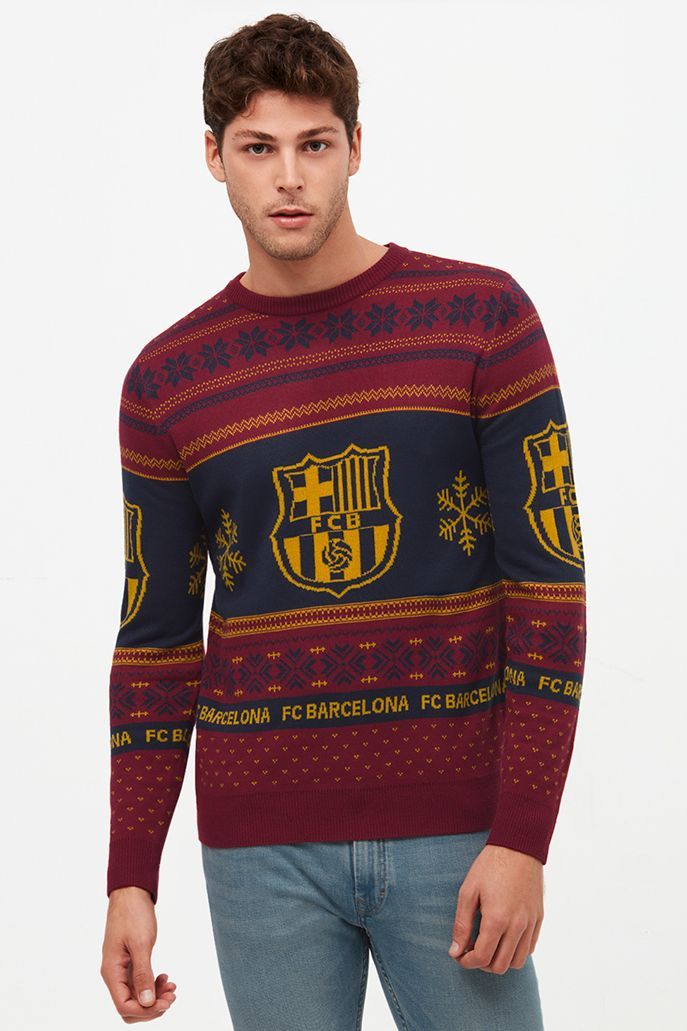 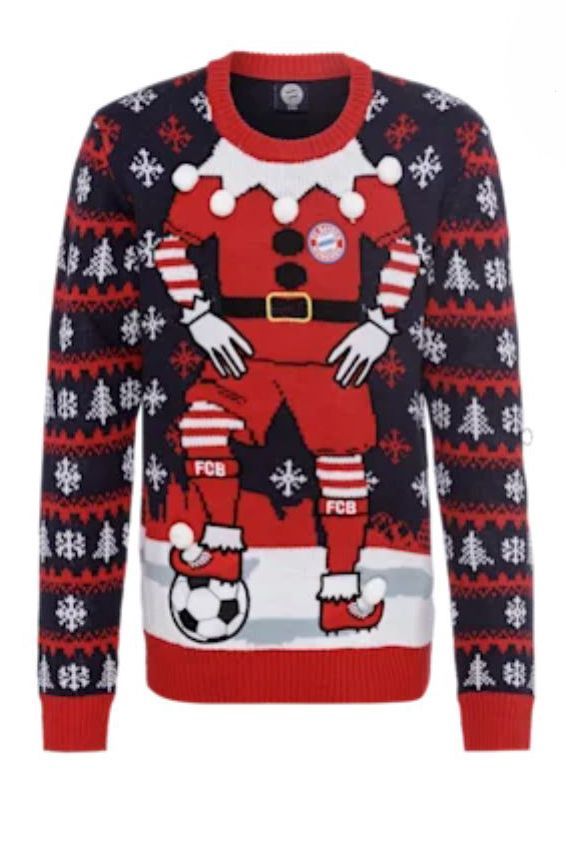 As well as featuring a "football gnome" stood in front on the Munich skyline, Bayern's novelty sweater also comes with 3D snowballs and built-in light and sound effects. One push of a button and the buttons flash while the crowd roars. 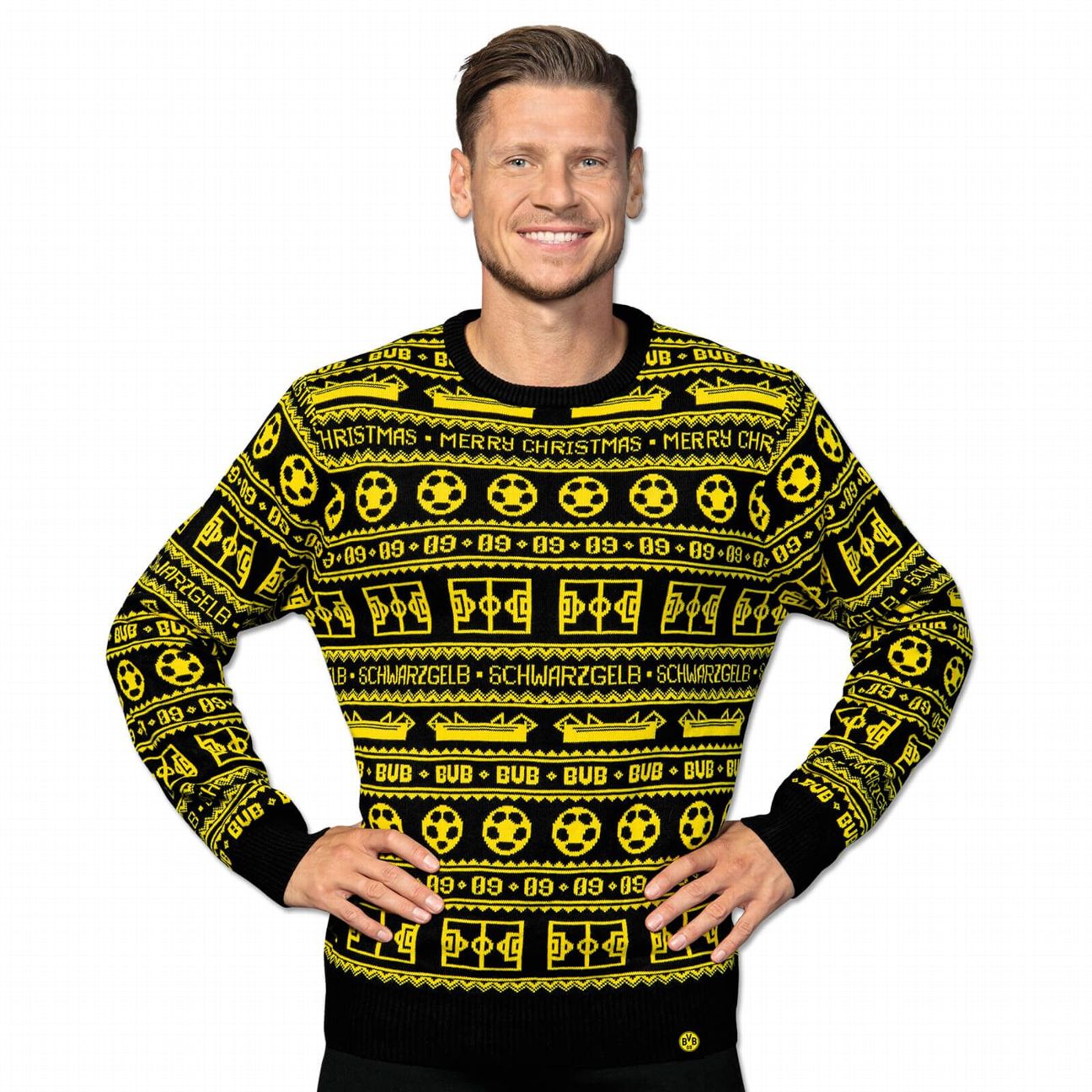 The detail that has gone into Dortmund's Christmas sweater design, modelled by Lukasz Piszczek, is commendable. We have footballs, pitches and little knitted images of Signal Iduna Park. 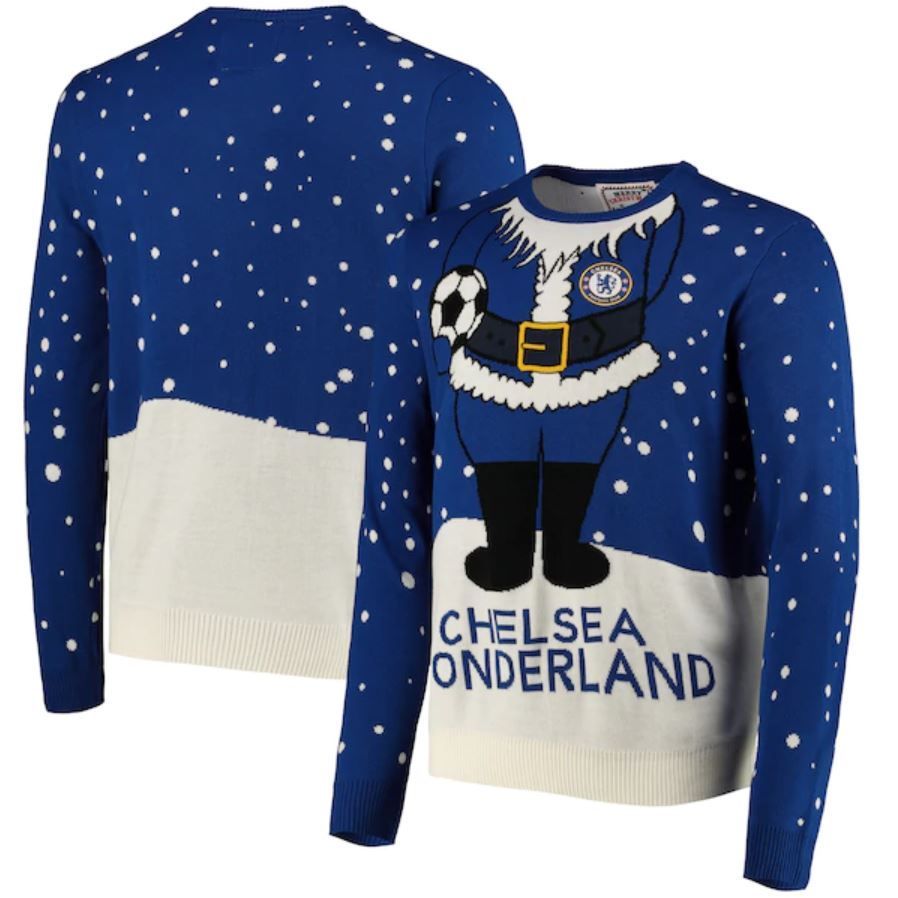 The Blues have opted for an amusing novelty design that allows wearers of their "Wonderland" sweater to become a Stamford Bridge elf. 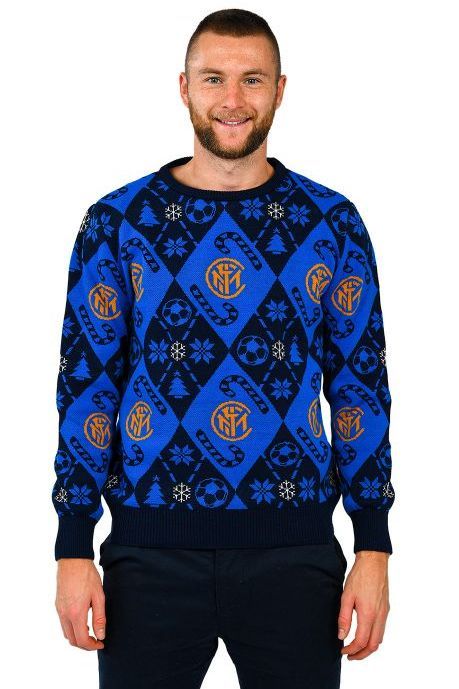 Blue, black and gold, the Nerazzurri have not strayed from the iconic club colours for their yuletide knitwear, modelled by Milan Skriniar. 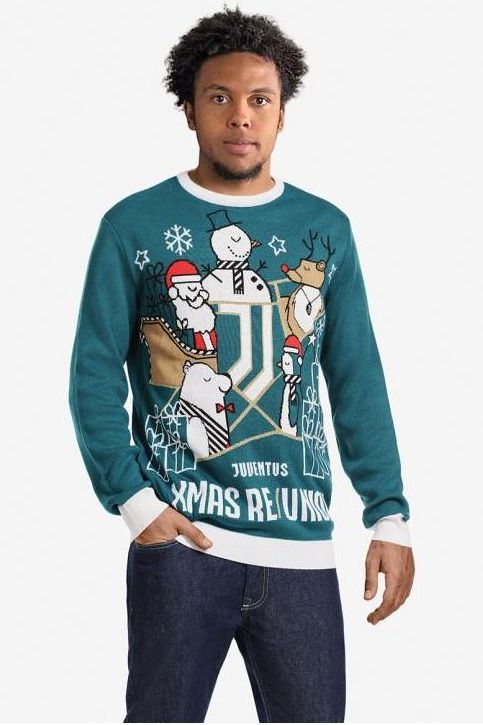 Juve tell us in the blurb that this sweater, modelled by Weston McKennie, is inspired by Kintsugi (the Japanese art of repairing broken ceramics) in that the gold lines represent "precious scars that teach us that our bonds are our strength, and that difficulties always bring out our unparalleled ability to be reborn more united and courageous than before." 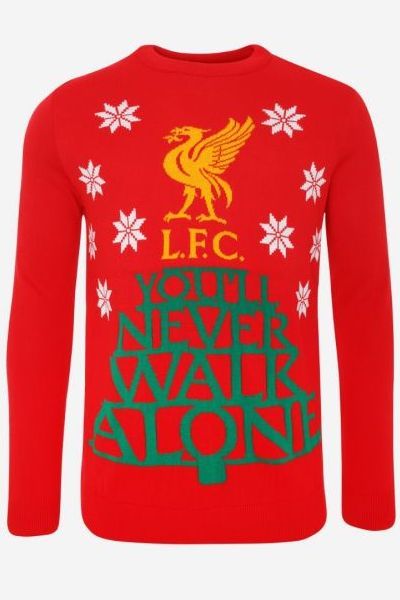 Liverpool have gone for a fairly basic, minimally festive "You'll Never Walk Alone" design which fans could almost get away with wearing to games well into the New Year. 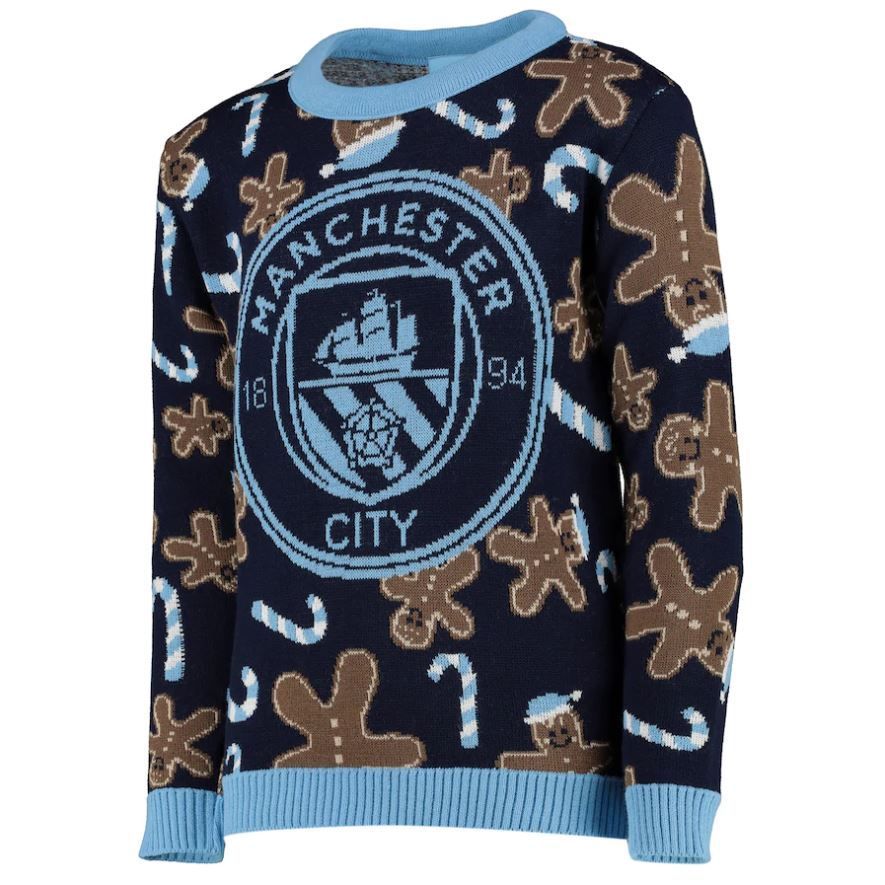 Knitwear so garish we may well end up seeing Pep Guardiola wearing it in the Etihad dugout as the Mancunian winter draws in and temperatures plummet. 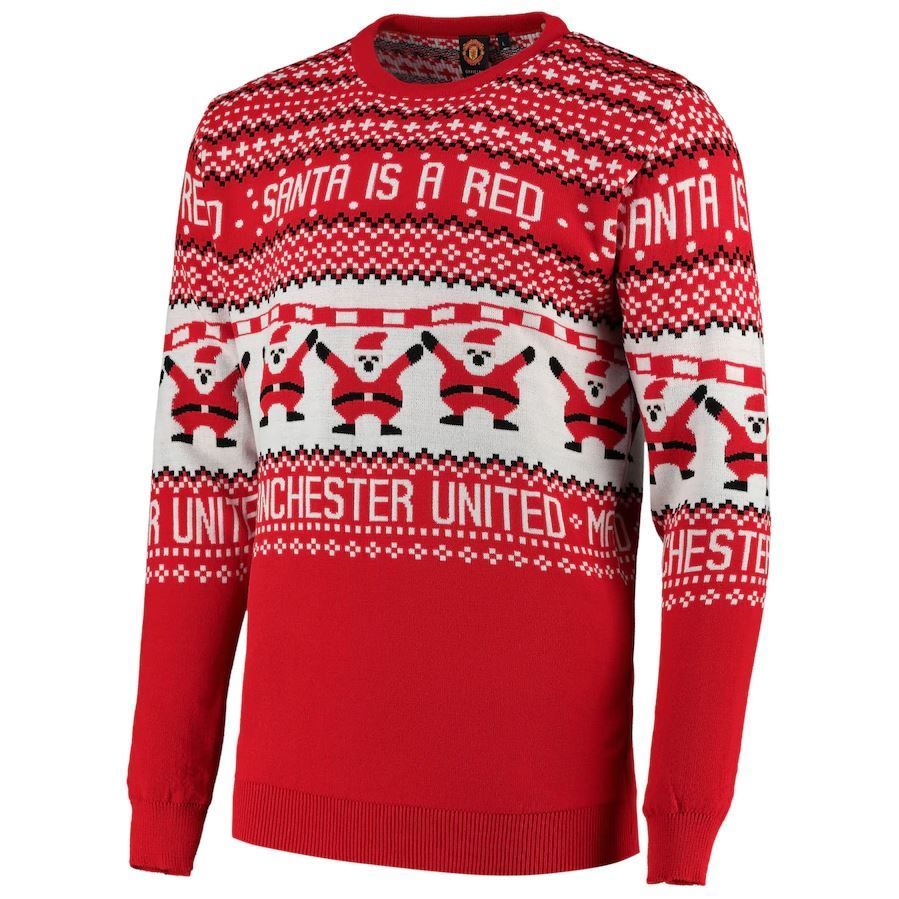 Santa may be a Red but Ole Gunnar Solskjaer and his team will all be on the naughty list after they went tumbling out of the Champions League. 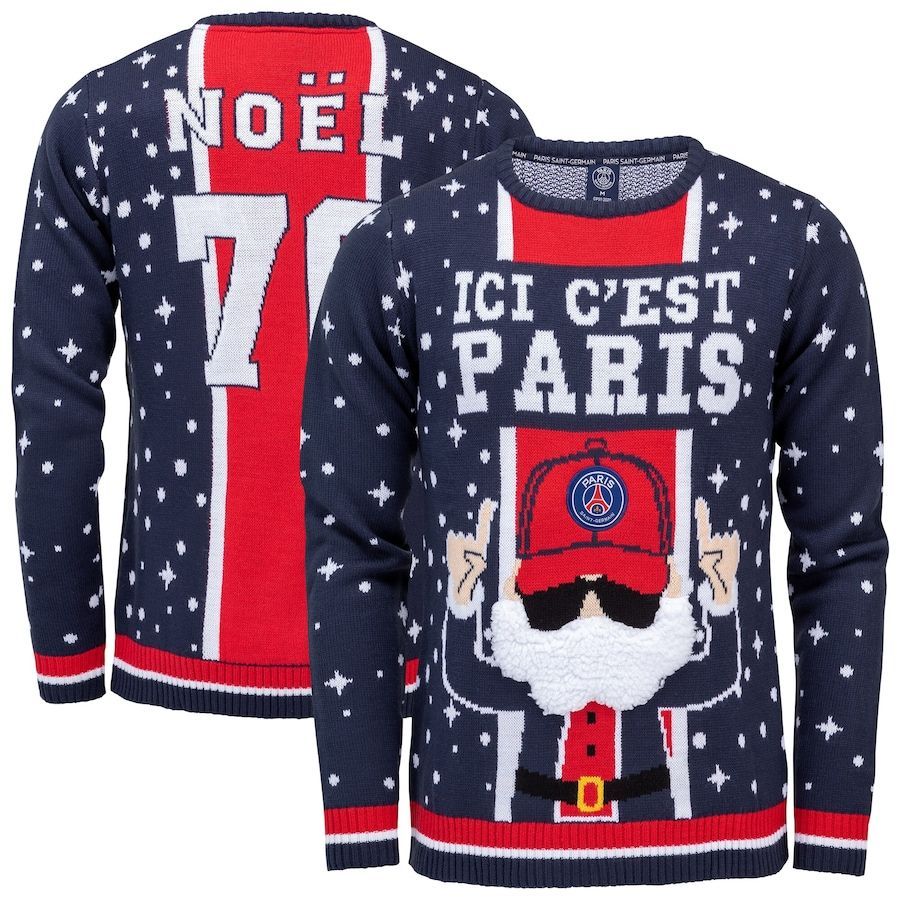 PSG's sweater is perhaps most politely described as "busy." Not only does it feature slogans and a trucker cap and shades-wearing Papa Noel on the front, it also features his name and squad number on the back. 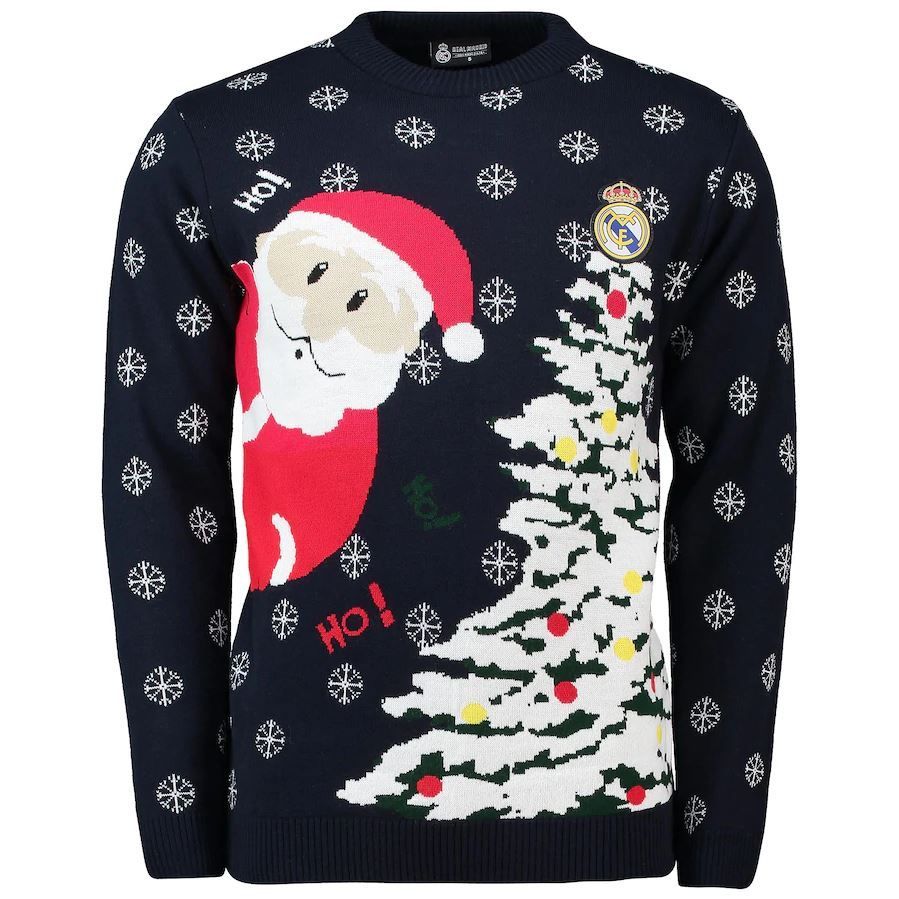 Los Blancos have proudly plonked themselves at the very top of the La Liga Christmas tree despite being fourth in the actual table as things stand. 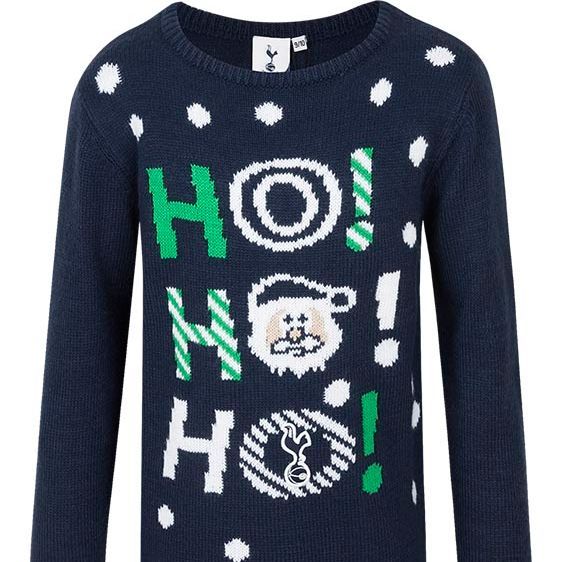 Sitting pretty at the top of the tree -- sorry, table -- heading into the Christmas period. No wonder Spurs fans are chortling away merrily to themselves. 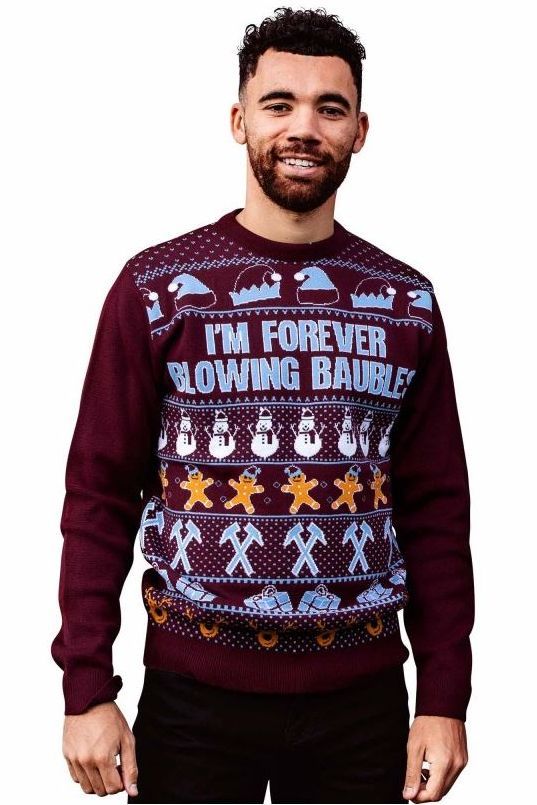 Top marks to the Hammers for putting a clever Christmas spin on their terrace anthem "I'm forever blowing bubbles." 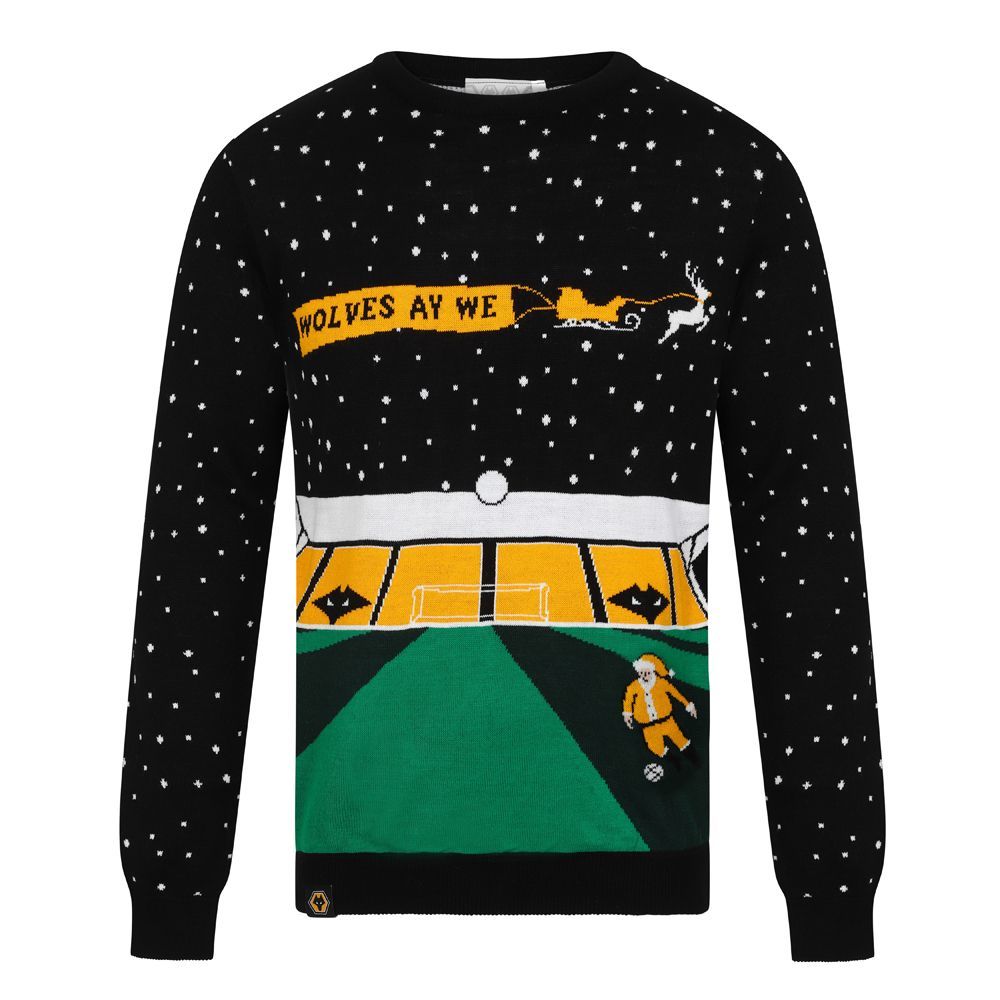 If you've ever hankered to see the South Bank of Molineux stand faithfully re-created in wool, Wolves have the Christmas sweater for you.