Liverpool have released their new third kit for the 2021-22 season, which serves as a loving tribute to Anfield and in particular one of the most iconic and revered stands in football.

The Kop is the enormous single-terrace stand that has loomed in intimidating fashion behind the goal since 1904, in one form or another. It isn't the only "Spion Kop" stand in English football -- Villa Park has one, as does Wolves' stadium Molineux -- though Liverpool's is undoubtedly the most famous of them all.

Initially the stand was able to hold some 25,000 supporters and that total was increased even further to 30,000 following an extension in 1928. However, after the Taylor Report, following the 1989 Hillsborough disaster, the terrace was converted into an all-seater in 1994 with a capacity of around 12,300.

Through its many guises, the Kop has always provided a source of pride and encouragement for the Reds, whether it be the sight and sound of "You'll Never Walk Alone" being sung in chorus before kick-off, or the deafening din that accompanies a last-minute attack being roared on in unison. 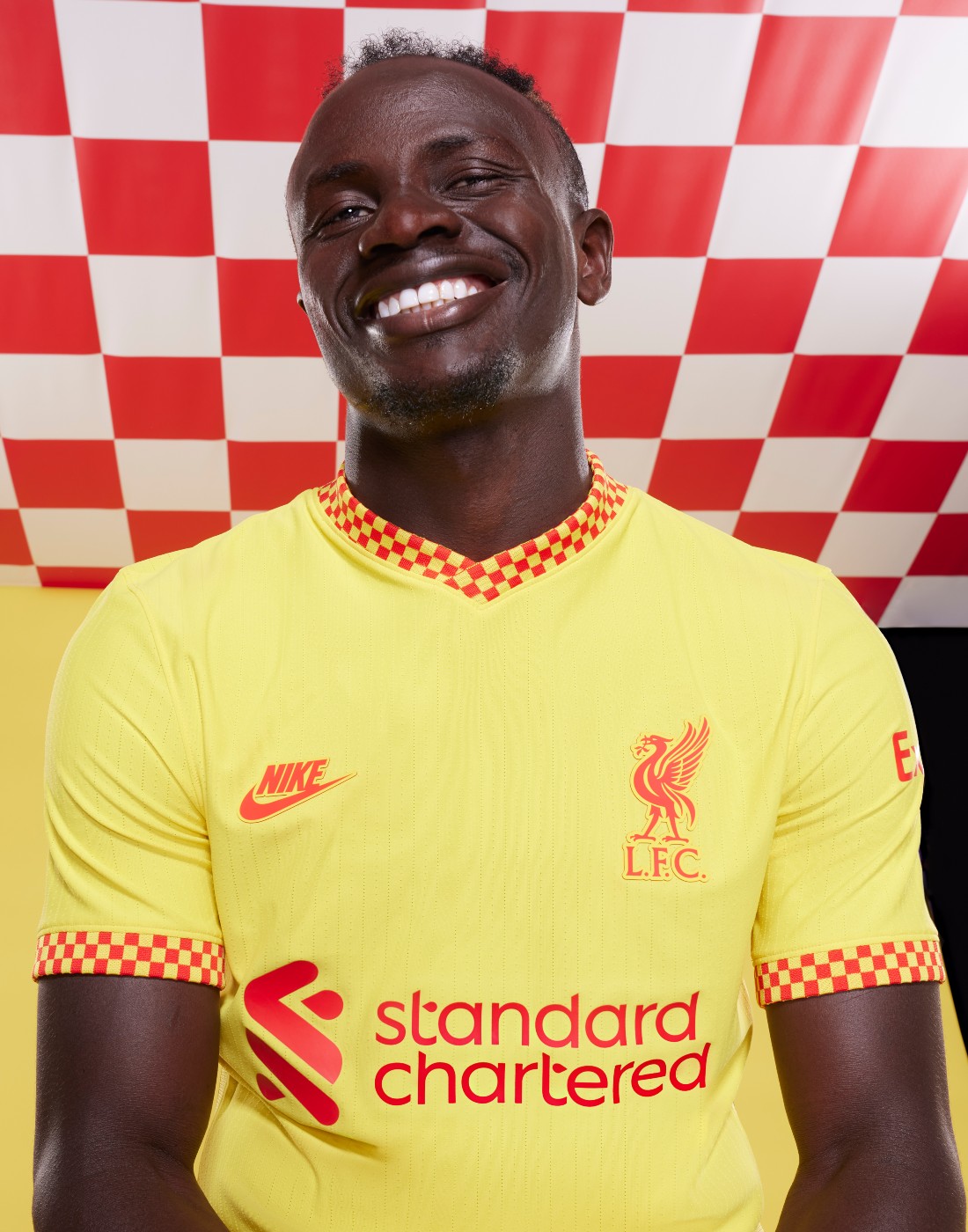 There are also the myriad flags and banners being flown, which are reflected in the red-and-yellow checkered trim on the collar of the new third shirt.

Indeed, the check pattern is a visual reference to the very flags that dotted the Olympic Stadium in Rome in May 1977 when Liverpool beat Borussia Monchengladbach 3-1 to lift the European Cup for the very first time.

Officially "Chrome Yellow" and "Rush Red," the 2021-22 third kit also draws inspiration from Liverpool's many yellow away strips of the past.

The reaction to the third kit launch was generally positive on social media, though some fans were quick to point out certain thematic similarities between the shirt and the uniforms of various fast-food outlets.

Wonder where Liverpool got the inspiration for their new third kit... pic.twitter.com/jDgZTEs0c2

Inspired by the iconic Five Guys 👀
We've got 1 limited edition tee up for grabs, today only. Who wants one? ⚽️ pic.twitter.com/MFULfwsueN

Yellow dusters were also mentioned in passing too.

Already got some at home. pic.twitter.com/oYa9kg4nD9

The colour was first adopted by the club in 1956 and was then used regularly throughout the 1970s and 1980s, with further yellow away kits cropping up sporadically right through to the modern era.

The subtle pinstripes woven into the retro-themed shirt also evoke images of the classic Liverpool 1981-84 away kit, worn by the likes of Kenny Dalglish, Ian Rush and Graeme Souness as they collected league titles, FA Cups and even the 1983-84 European Cup during the club's last great flush of success.

The victims of the Hillsborough disaster are once again remembered on the nape of the neck with the "96" emblem -- which will be changed to "97" from the 2022-23 campaign onwards to mark the sad passing of Andrew Devine, the 97th person to lose their life as a result of the tragedy.