Chelsea's Romelu Lukaku returned to Inter Milan on loan on Wednesday, as the €115 million striker put a temporary end to a disappointing spell back at Stamford Bridge.

Lukaku, 29, is one of the best strikers of his generation but has struggled with form at times during his career.

A permanent €30m move to Everton followed and, over the next three years, his 71 goals in 133 games placed him among the best striker in the Premier League.

Manchester United spent over €90m to bring him in ahead of the 2017-18 season, and his 42 goals in 96 games was a similar return to his previous form at Anderlecht. Yet while he became fifth-youngest player to net 100 Premier League goals (in his 216th game), Lukaku struggled to convince managers Jose Mourinho and Ole Gunnar Solskjaer, and he was allowed to move to Inter in 2019-20 for around €80m.

An impressive 64 goals in 95 games saw him rediscover his form once more, helping Inter to win the Scudetto, but the lure of Chelsea proved too big ahead of 2021-22 and he said it was the "the chance of lifetime" to return to Stamford Bridge for a club-record €115m.

A poor return of 15 goals in 44 games in his first season back sent Lukaku spiraling once more. And a return to Inter on loan followed.

The striker has an impressive 274 goals in 563 games during his career, but there are certainly questions about his form and ability to settle. Here's how different he was for Inter and Chelsea over the past three years.

1) We love a heatmap that shows which players take the kick-off.

2) Lukaku clearly liked to operate a little deeper in Italy, which paid off with a whole load more touches and ability to influence things in the final third. 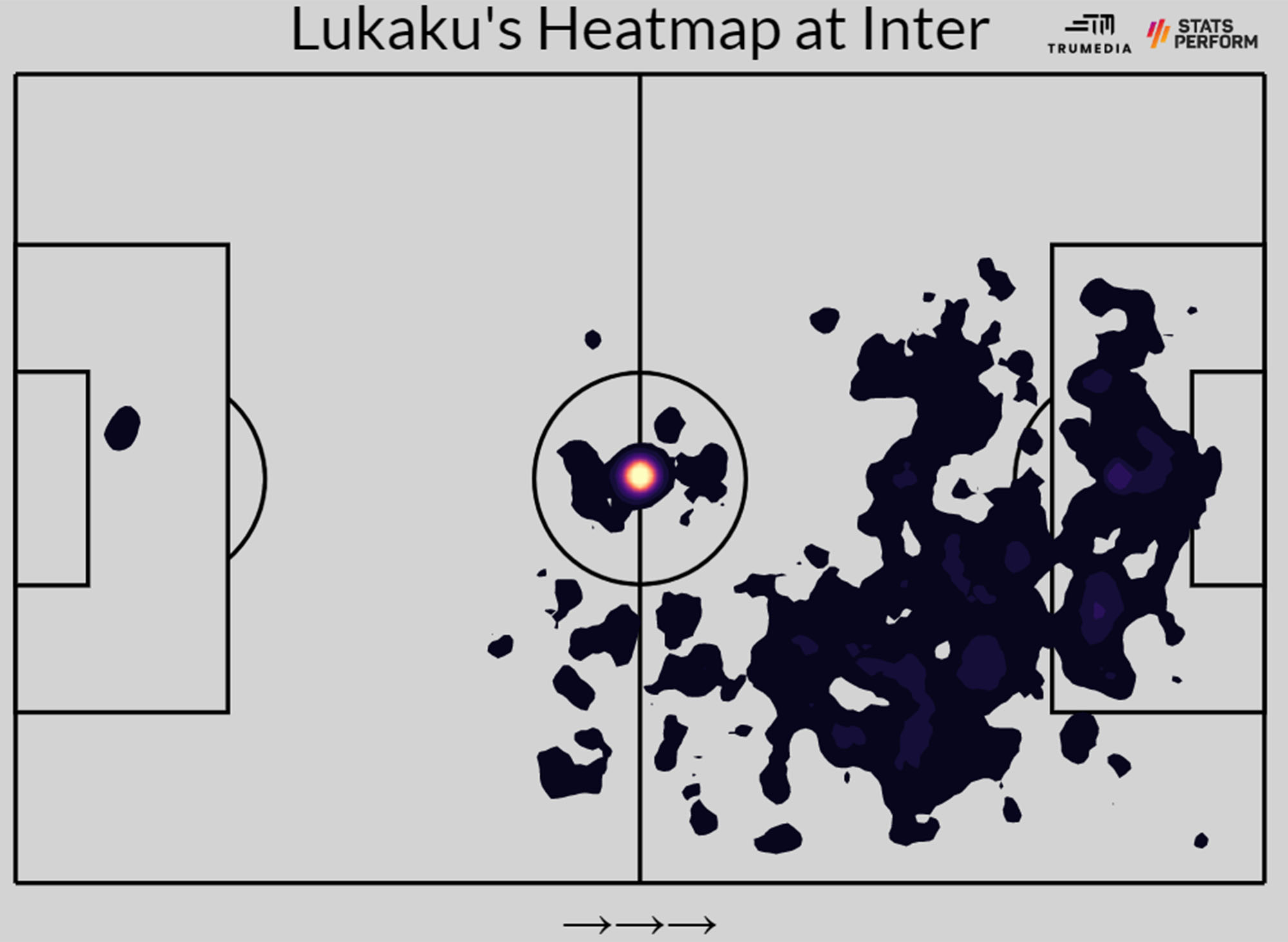 Yet the striker also managed to get himself into the box to put a goal away. Look at the proximity of the goals inside the 6-yard box! 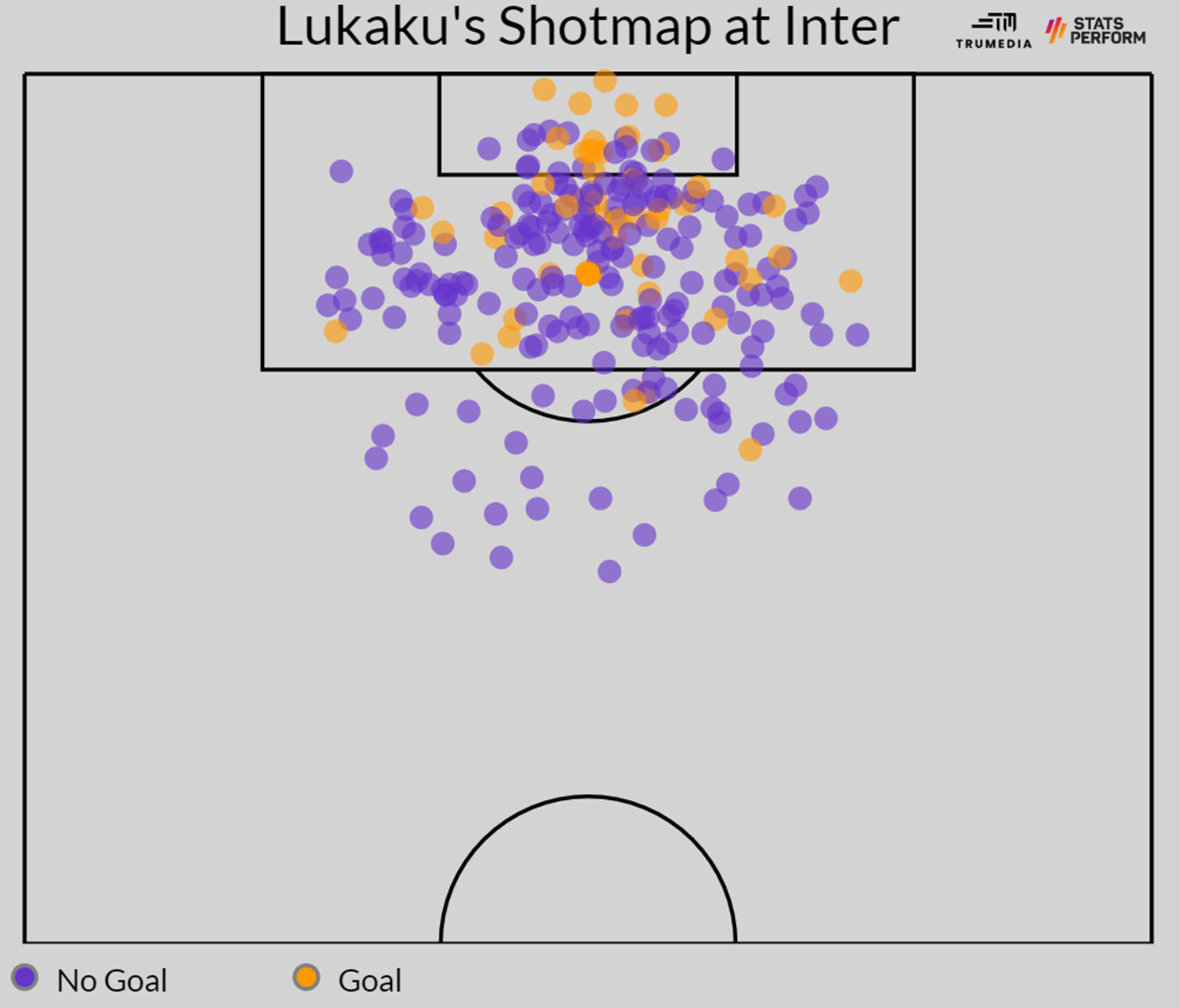 The words of Lukaku himself probably best sum up his issues back at Chelsea.

"After two years in Italy, in which I worked a lot at Inter with trainers and nutritionists, I am physically fine. But I'm not happy with the situation, this is normal," Lukaku told Sky Italy. "I think the coach has chosen to play with another system, I just have to not give up and continue to work and be a professional. I am not happy with the situation, but I am a worker and I must not give up."

The striker was benched, fined and said he was sorry for the controversy created by the interview's release, but it's hard to argue with the sentiment when you look at the stats.

Lukaku clearly struggled to get on the ball in Thomas Tuchel's system and was expected to be more impactful in the box. 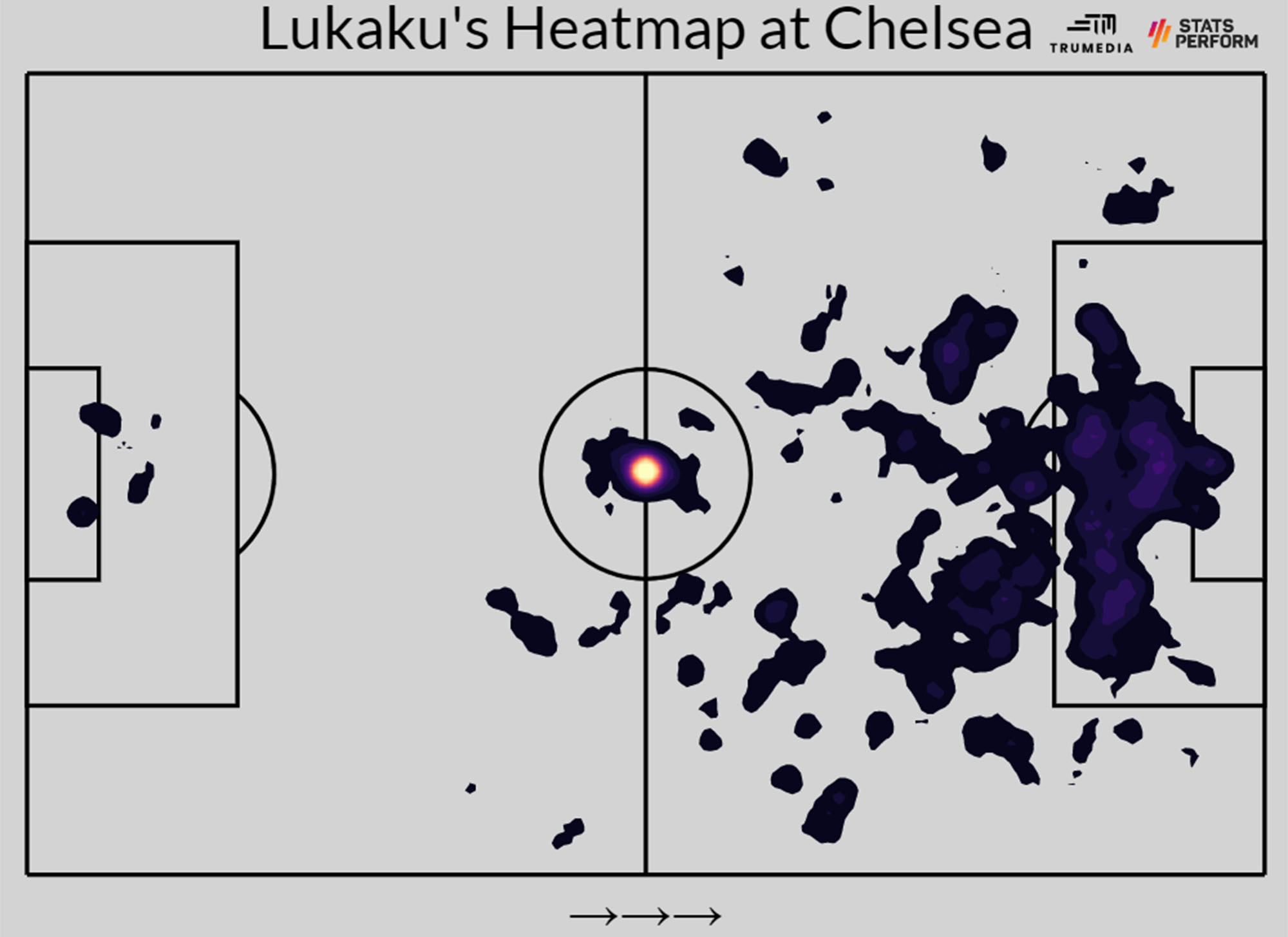 The lack of shots from outside the area shows how the No. 9 played further up the field at Chelsea, but while his xG was increased, his actual impact in terms of chances, goals and assists was not. 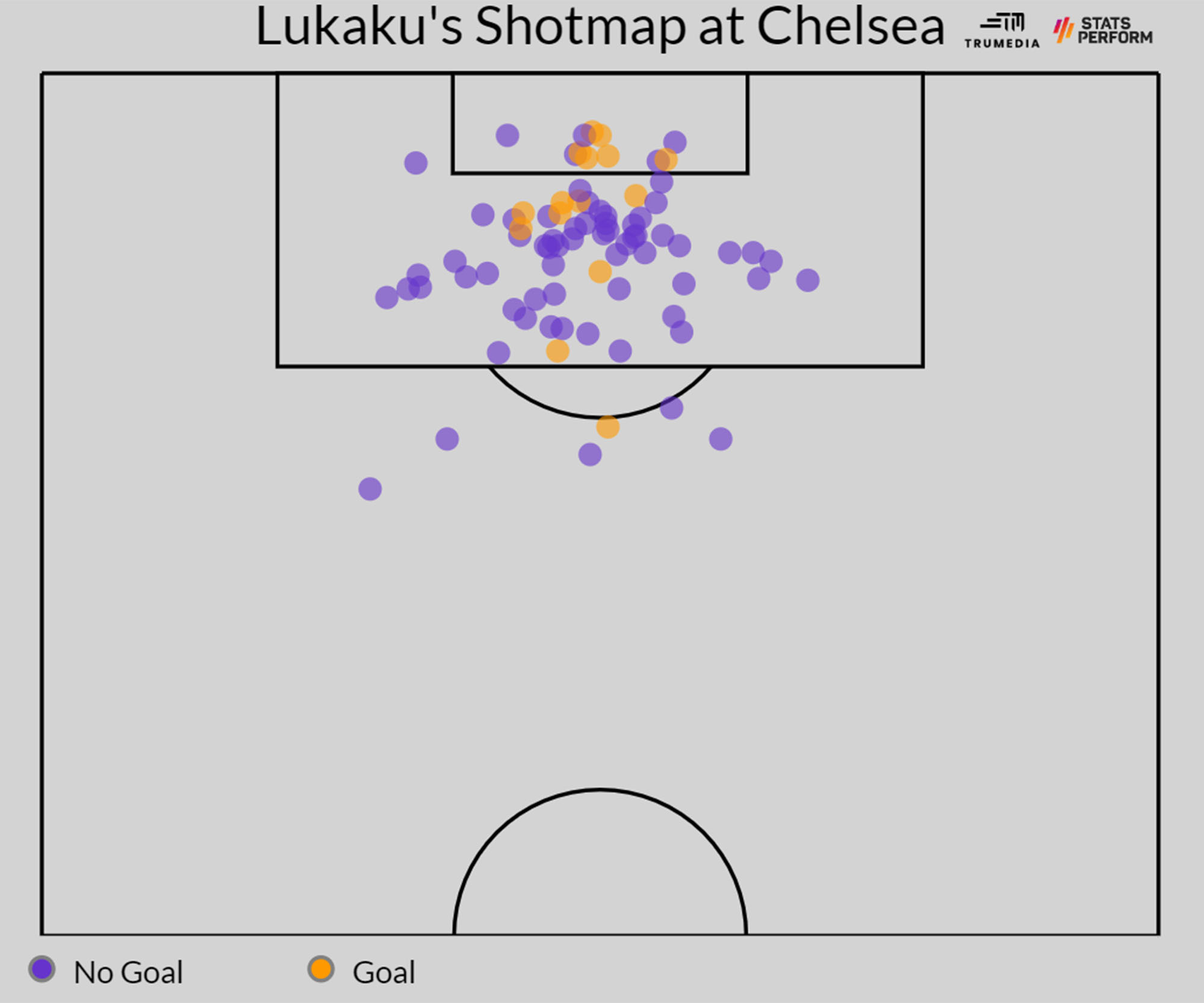