There may be an unseasonal World Cup happening, but we can't obscure the fact that Thanksgiving and the Black Friday sales are upon us once again. That can only mean one thing: Football clubs around the world start filling their online stores with a tasteful selection of the branded merchandise with Christmas just a month away.

The array of products -- some more functional than others -- is mesmerising, with major clubs willing to cater for fans yearning for anything and everything that has their favourite team's badge slapped on it, from kitchen appliances and home furnishings to clothes and accessories.

Let's delve in and see what choice delights are in store for any gift-hungry supporters eagerly perusing their team's online store this Black Friday. 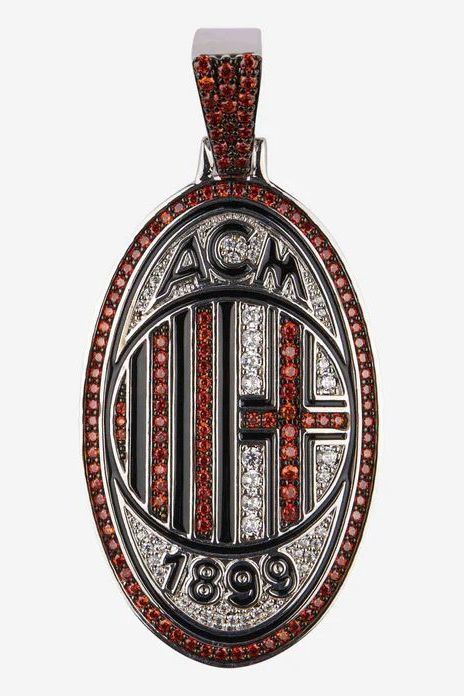 What better way to honour the reigning Serie A champions than by wearing this tastefully subtle jewel-encrusted, 18-carat gold club crest medallion? 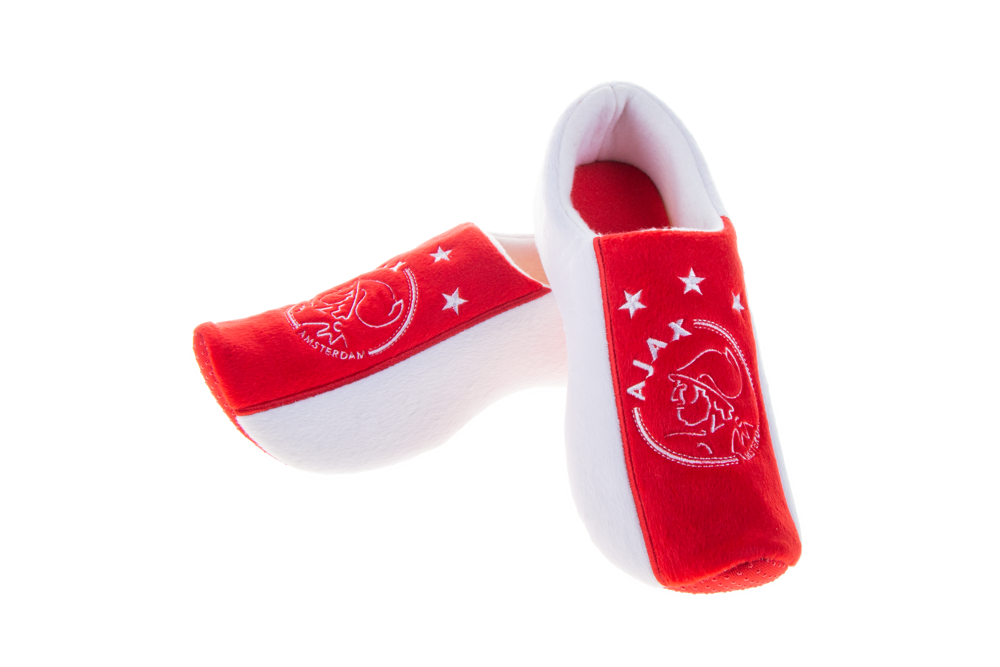 How could Ajax possibly claim to be the Netherlands' preeminent club without boasting their very own pair of clogs? Thankfully, in the interest of comfort these cosy booties are made from a soft fleece material rather than the more traditional wood. 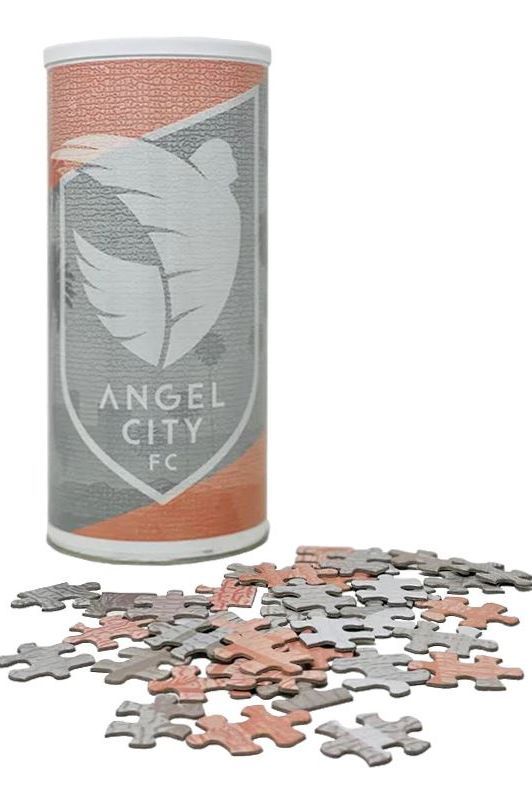 This puzzle has almost as many pieces as Angel City have celebrity investors. 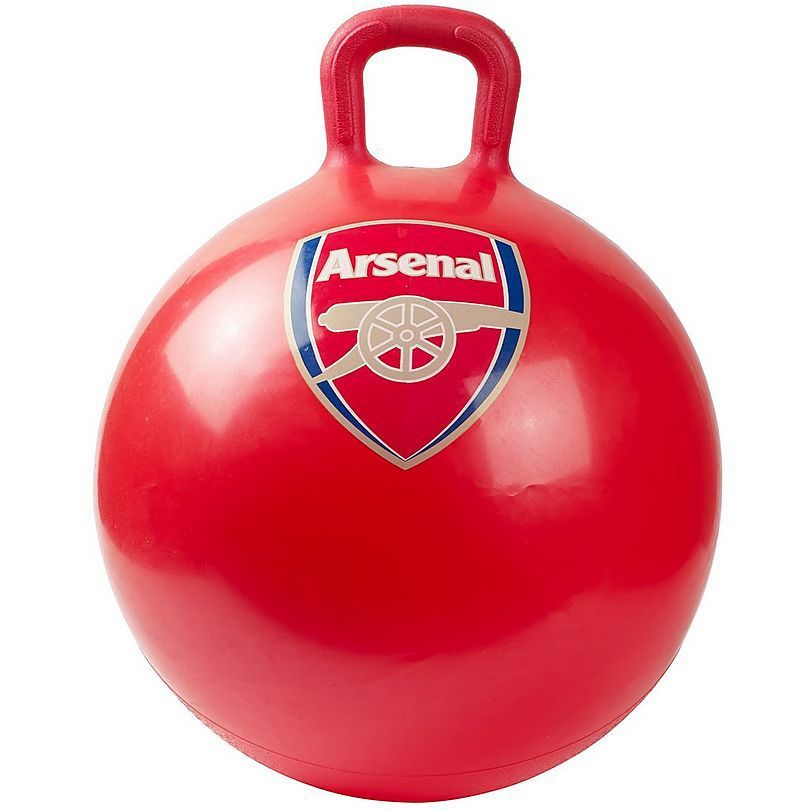 Gooners the world over are bouncing after a fantastic start to the Premier League season. But if they need some assistance in that as Manchester City start to reel them in once the English season resumes, then help is at hand. 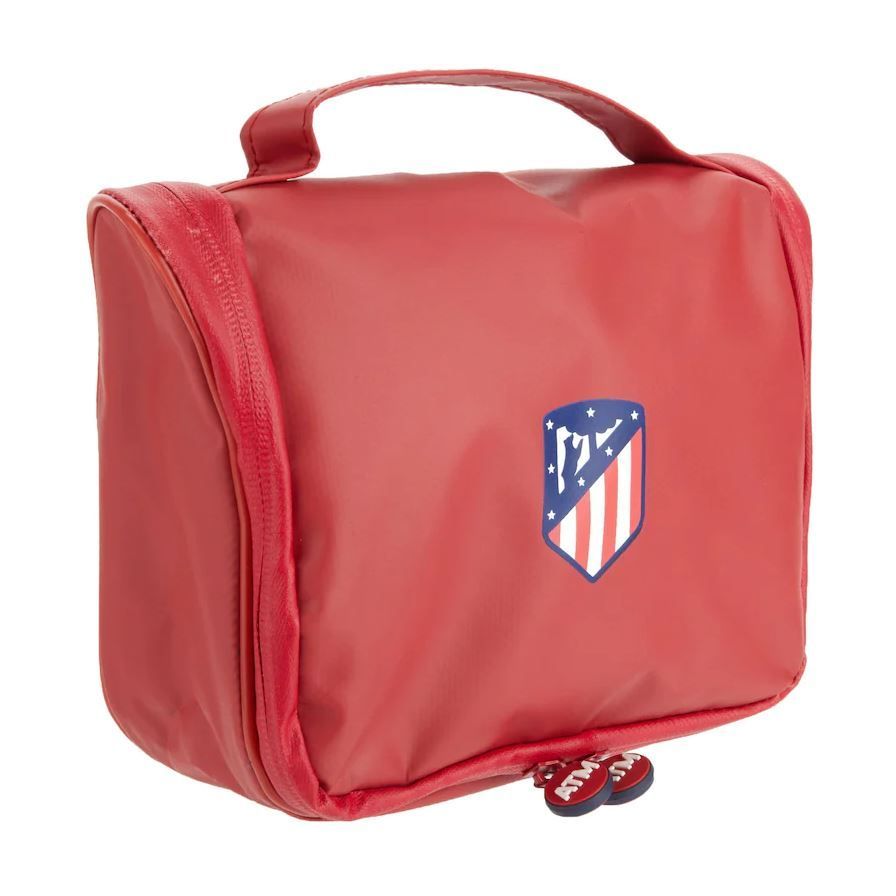 We can only imagine that around 30 of these items were hastily added to the warehouse as "near new" returns last month after it became clear the first team wouldn't be requiring them for any further European excursions this season. 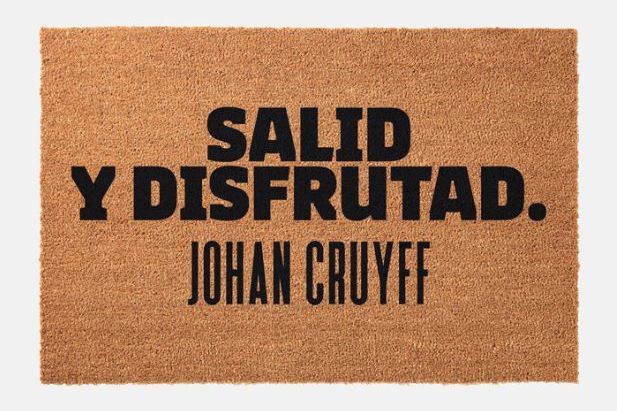 First came the Cruyff turn, then came the Cruyff mat. We can scarcely think of a more fitting tribute to one of the most influential figures in modern football philosophy. 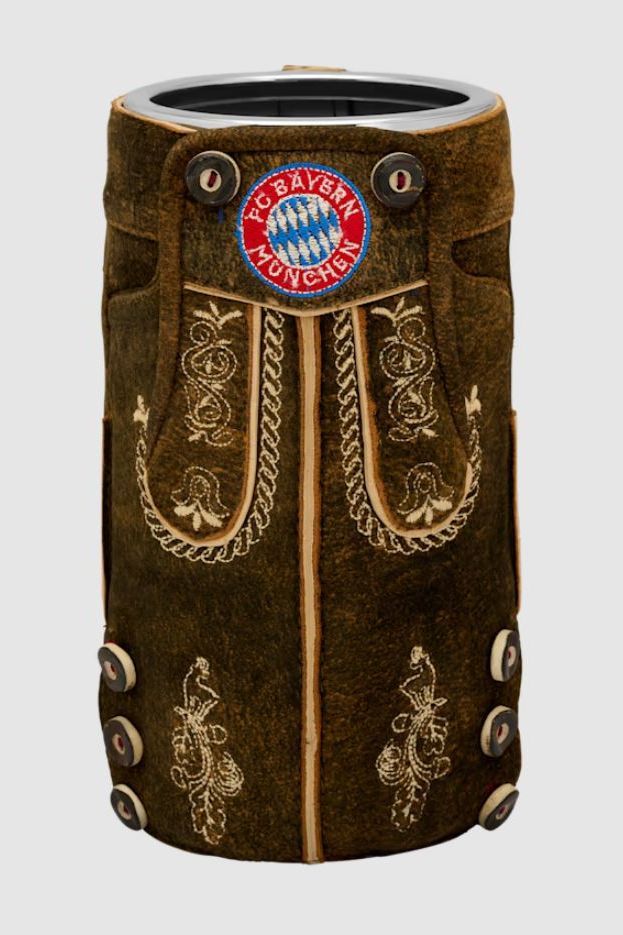 The only way to make your chilled wine even cooler is by having the bottle wear its own little pair of traditional Bavarian leather trousers. For reasons unknown, Benfica offer a bafflingly extensive range of club-affiliated yoga and exercise mats through their online store. Well, we could all use a good stretch once in a while. 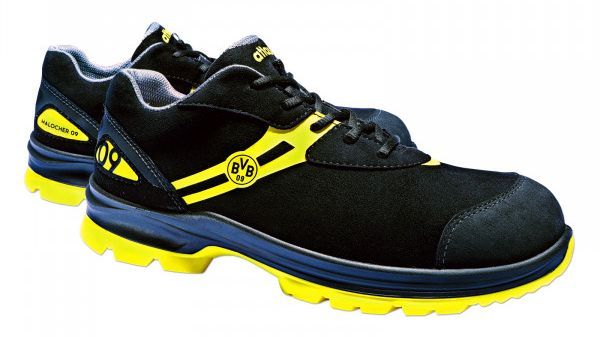 Given some of their clumsy performances so far this term that have left them sixth in the Bundesliga table for the winter break, someone should check that the Dortmund players haven't been accidentally wearing these steel-toed eyesores during matches. A great memento for any fan of Mr. Chelsea, although for that price you'd expect to get the full pair. 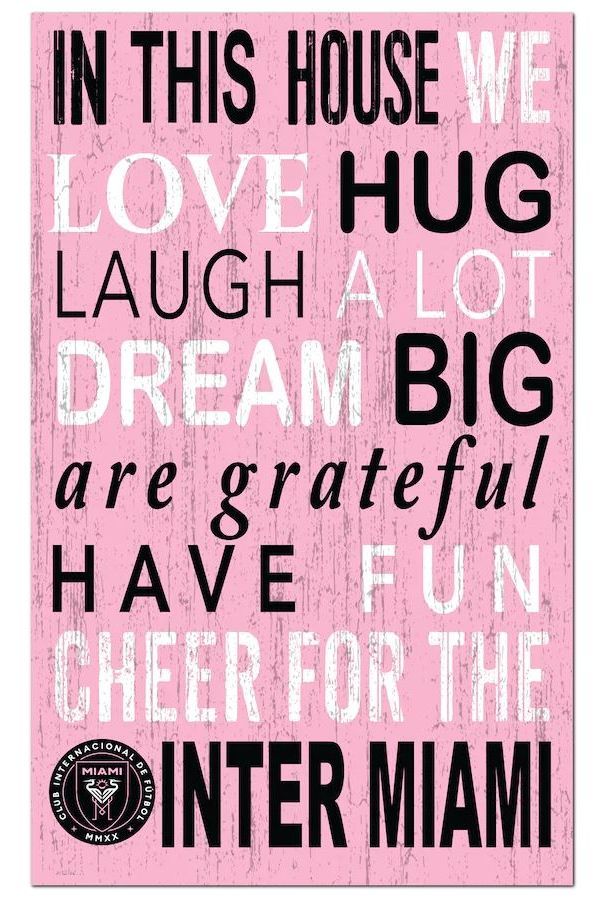 No kitchen, lounge or dining room would be complete without a constant, wall-hung reminder to love, hug, laugh (a lot), dream big, be grateful, have fun and most importantly continue to support Inter Miami. 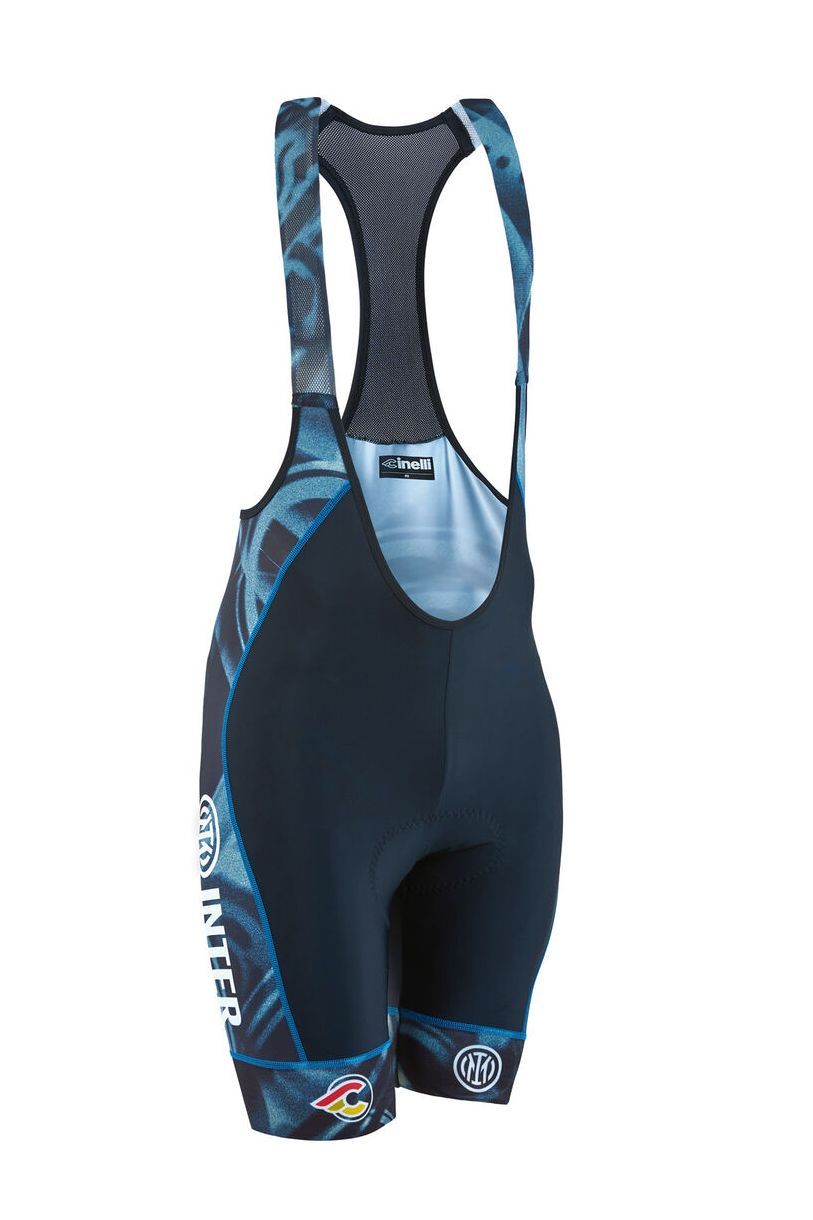 Inter missed a trick by producing this alarmingly tight onesie and not even covering it in their iconic blue-and-black stripes. 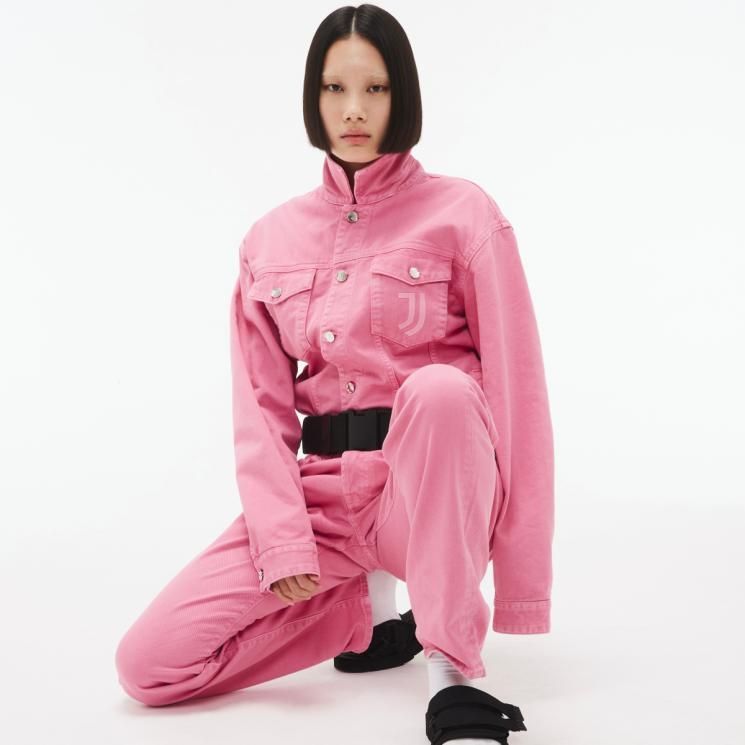 Milan might be known as the fashion capital of Italy, but Turin is laying a serious claim to the throne thanks to Juve's latest haute couture offering from their club shop -- a stunning matching denim twin set available in moody black or candy pink. 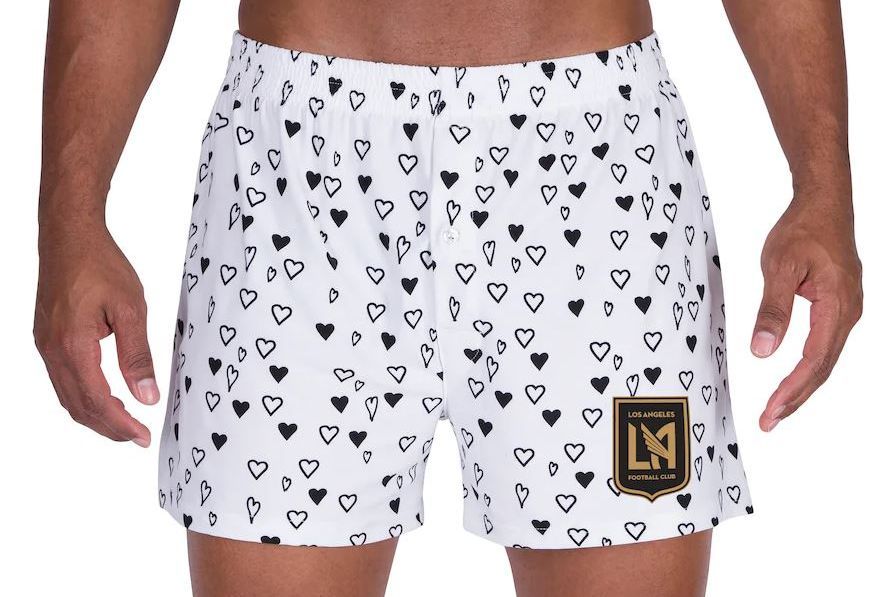 A classic, timeless style of underwear favoured by legions of finely-dressed cartoon characters is now available for fans of the new MLS Cup holders to wear. 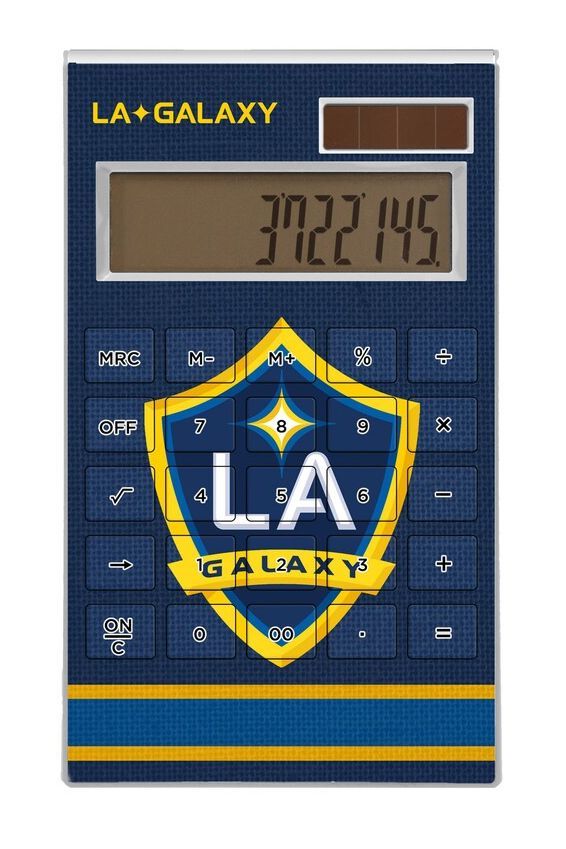 Galaxy fans can use this digital aide to work out how many miles their team travels over the course of a season in MLS. 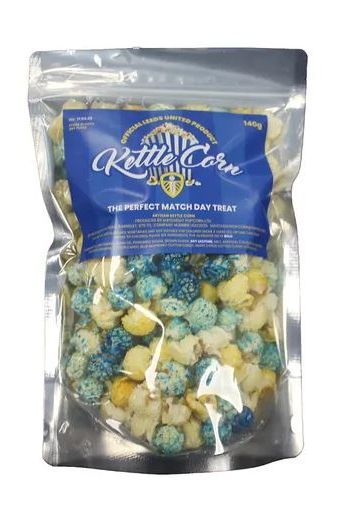 The end-to-end goalfests that Jesse Marsch's team have been engaged in this season are blockbuster entertainment, so why not grab a snack to match. 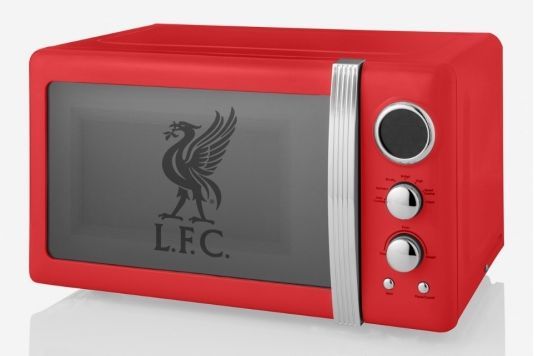 Because who better to buy your common household appliances from than a Premier League football club? 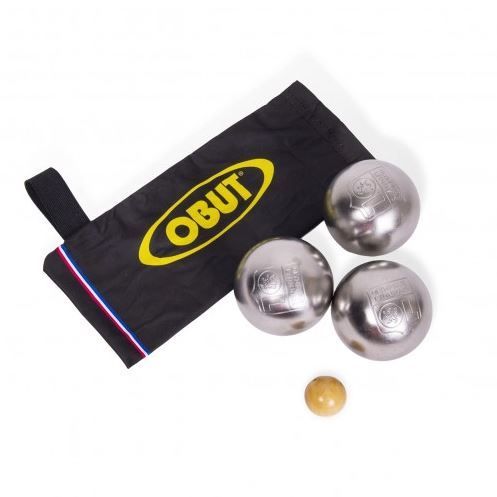 For the uninitiated, petanque is a beloved traditional French bowling game played in town squares, parks and back yards the country over, and pretty much like every club in Ligue 1, Lyon happen to have their own themed set on sale. 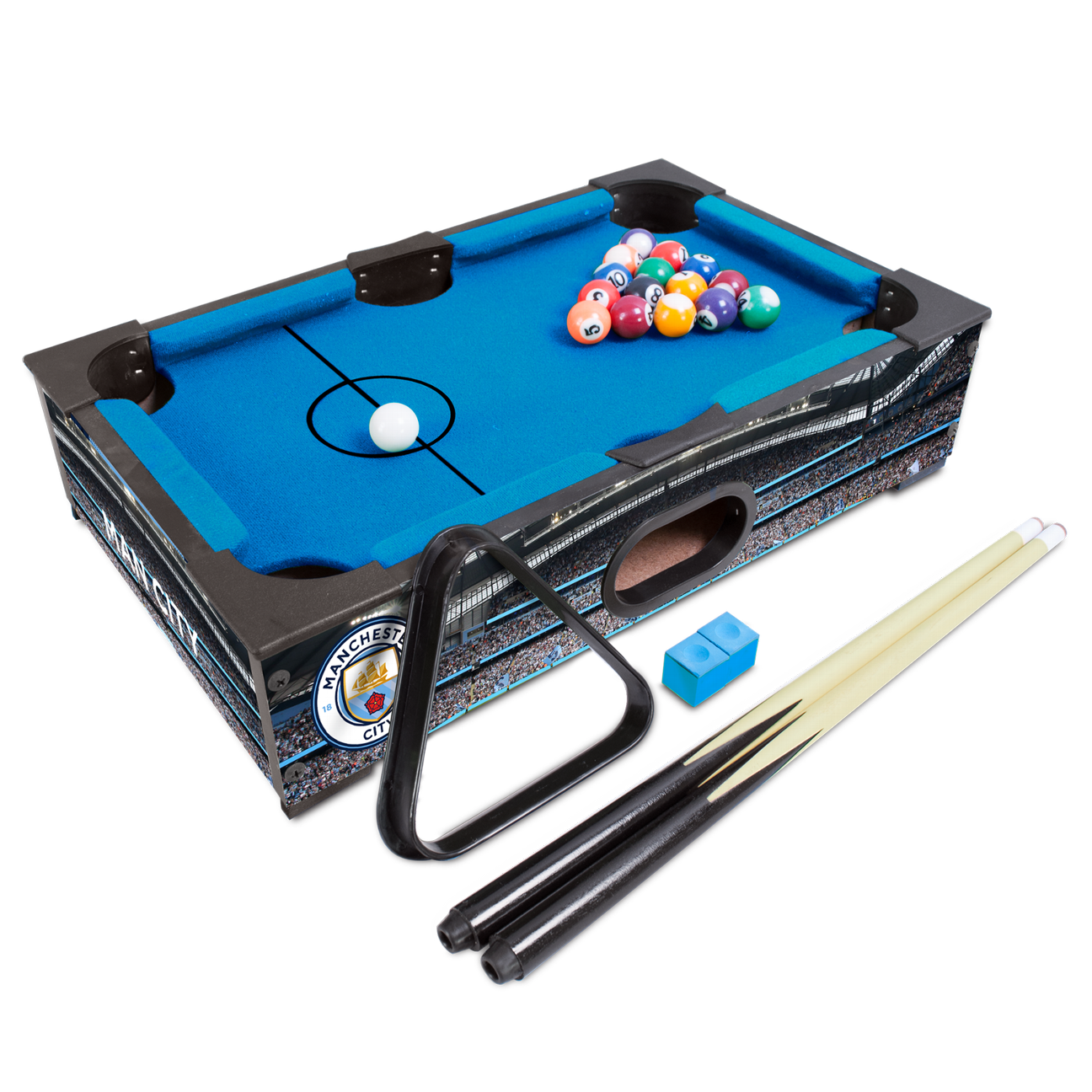 If, much like City striker Erling Haaland, you happen to have a few weeks of free time ahead of you, then there are few better way to pass the time than by honing your cue action. 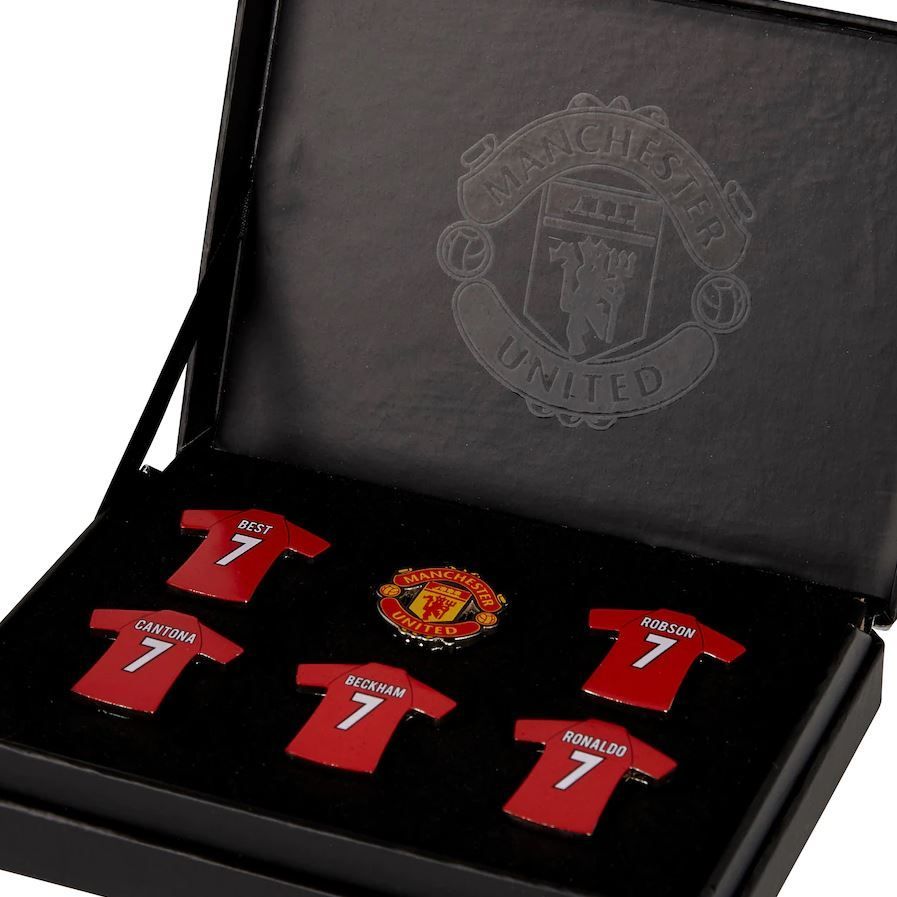 A charming set of miniature badges pay homage to some of the very finest players ever to wear the No. 7 at Old Trafford. While Angel Di Maria and Alexis Sanchez are both cruelly overlooked, the set is also notable for being the only remaining vestige of a certain Cristiano Ronaldo left on sale in the United store. Truly the end of an era. 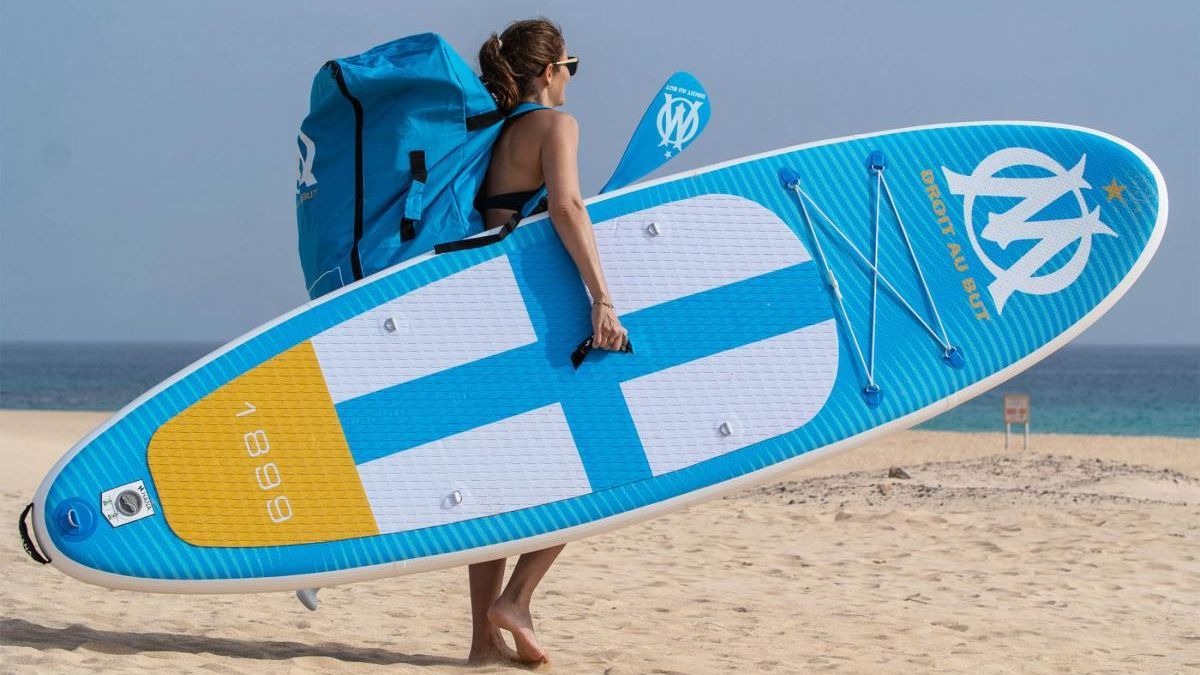 You could cause a real stir on game day at the Stade Velodrome by arriving ahead of kick-off via the nearby Huveaune River on one of these. 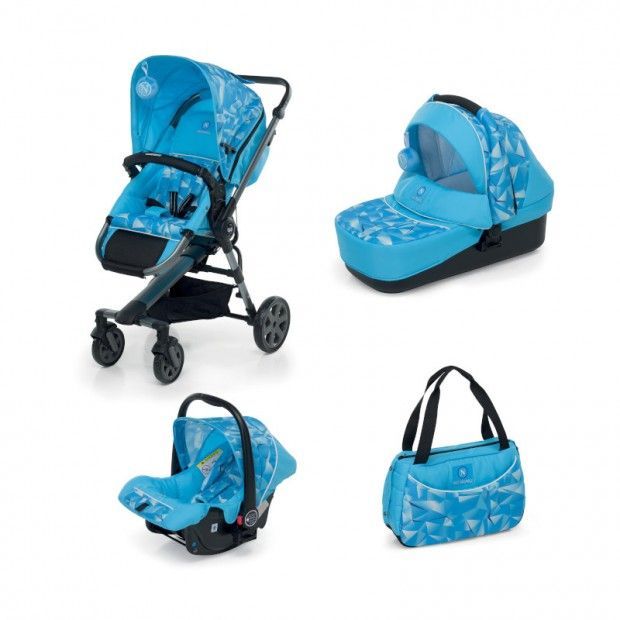 Your little bundle of joy might be too young to join the Napoli youth academy at the moment, but it's never too early to start introducing them to Partonopei club culture. 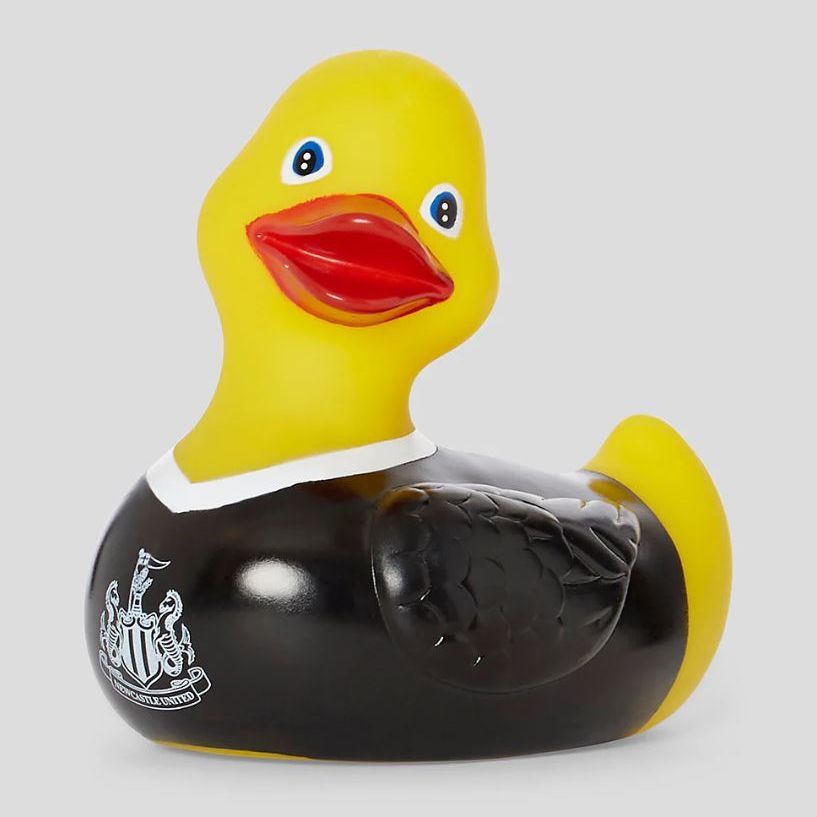 They may be rich beyond measure these days, but it's refreshing to know that remnants of a more humble era still remain on the shelves in the Newcastle club shop. 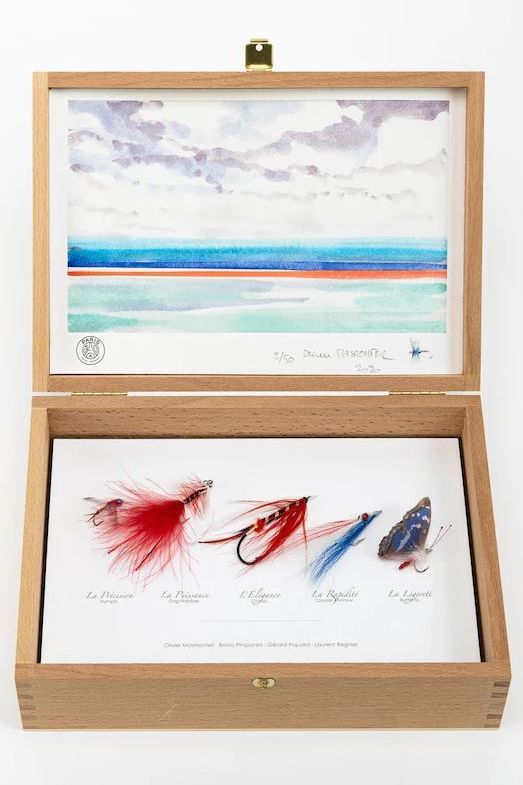 For all the high-profile player merch and the achingly cool streetwear brand collaborations, pound for pound the item we covet most in the PSG club store is this handsome little wooden box filled with exquisite hand-tied fishing lures -- one of which is called the "Dog Nobbler." So weird, and yet, so wonderful. 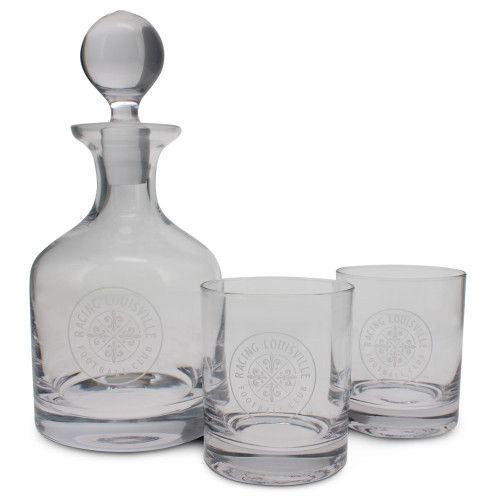 Hailing from Kentucky, it's only natural that NWSL side Racing offer their fans a set of extremely debonair crystal apparatus for quaffing their bourbon of choice in fine Louisville style. 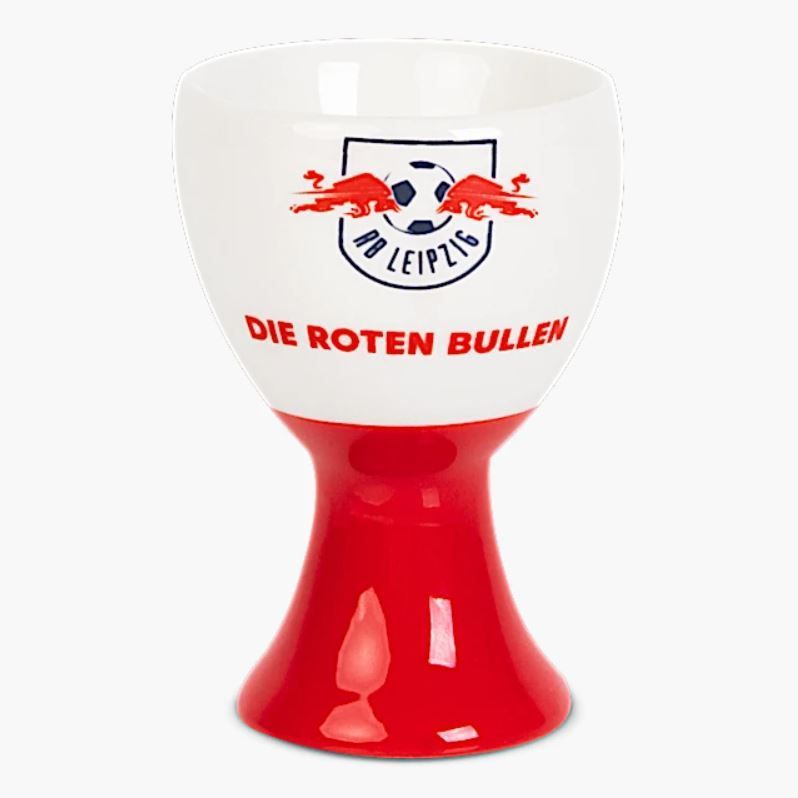 Leipzig fans can celebrate a cup every morning with this bit of breakfast crockery. 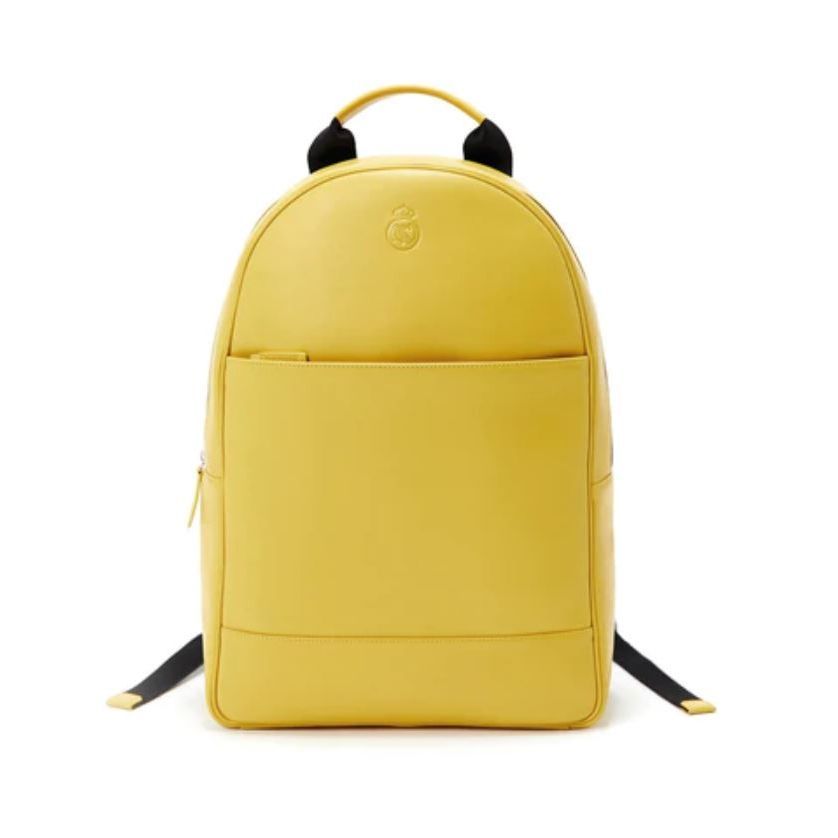 As their premium luggage selection proves, Real Madrid are no strangers to overpriced extravagances. Lest we forget this is the same club that parted with more than €100 million in order to sign Eden Hazard not so long ago. 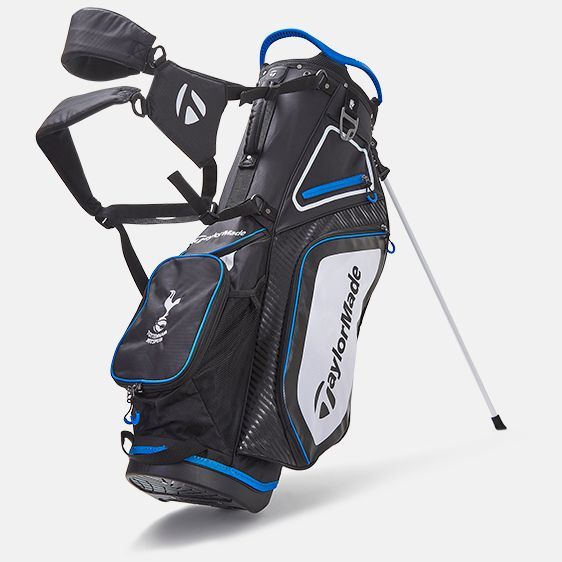 With top-tier golf gear like this readily available on site, it's little wonder that Gareth Bale was so keen to return to Spurs on loan a couple of seasons back.