Tunisia were drawn into arguably the most favourable of the five African qualifying groups, with the Democratic Republic of Congo representing their sternest rivals. They took 10 points from their four matches against Libya and Guinea, memorably thumping the latter 4-1 in Conakry, but the group was ultimately settled during their double-header against the Leopards.

Tunisia were outplayed for large spells in the first match in Rades, but snatched a 2-1 backs-against-the-walls triumph, and then hit the Congolese with two goals in two second-half minutes in Kinshasa to steal a 2-2 draw. The two matches were evidence of their resolve and ability to bounce back -- two qualities that should serve them well in Russia.

Tunisia are ostensibly a team without stars, but they boast several excellent midfielders who should be well placed to hold their own against Belgium and England in their opening two fixtures. The trio of Ferjani Sassi, Mohamed Amine Ben Amor and Ghaylen Chaaleli offer balance, discipline and energy in the heart of the park, and will ensure that Tunisia remain competitive.

They are a workmanlike bunch, but as they demonstrated in their recent qualifying victories, they will be disciplined and tenacious in protecting the backline. Wahbi Khazri and Naim Sliti offer a touch of class, a goal threat in the final third and decent set-piece delivery.

Tunisia netted 11 goals in qualifying, but they were twice frustrated by a limited Libya side, only scoring once -- a Khazri penalty -- over 180 minutes. The loss of Youssef Msakni, the top scorer in the current set-up, is both a bitter personal blow for the player and denies Tunisia arguably their chief goal threat.

The erratic forward netted a memorable hat trick in a scintillating evisceration of Guinea during the qualifiers, and it's hard to imagine Fakhreddine Ben Youssef or Taha Yassine Khenissi enjoying similar inspiration. Injury problems for Chaalali, Ben Amor and the influential Ali Maaloul are also concerns for Tunisia's coaching staff as the World Cup approaches.

Wahbi Khazri may have flopped in England with Sunderland, but back on loan in France with Rennes, he has continued where he left off in Ligue 1. The talented playmaker has nine goals so far, demonstrating the kind of form that saw him linked to the Premier League originally, and relishes representing his country.

He was shortlisted for this year's Marc-Vivien Foe Award and the threat he offers cutting in from the left, or from set pieces, will be a key weapon for Tunisia if they're to cause an upset in Russia. 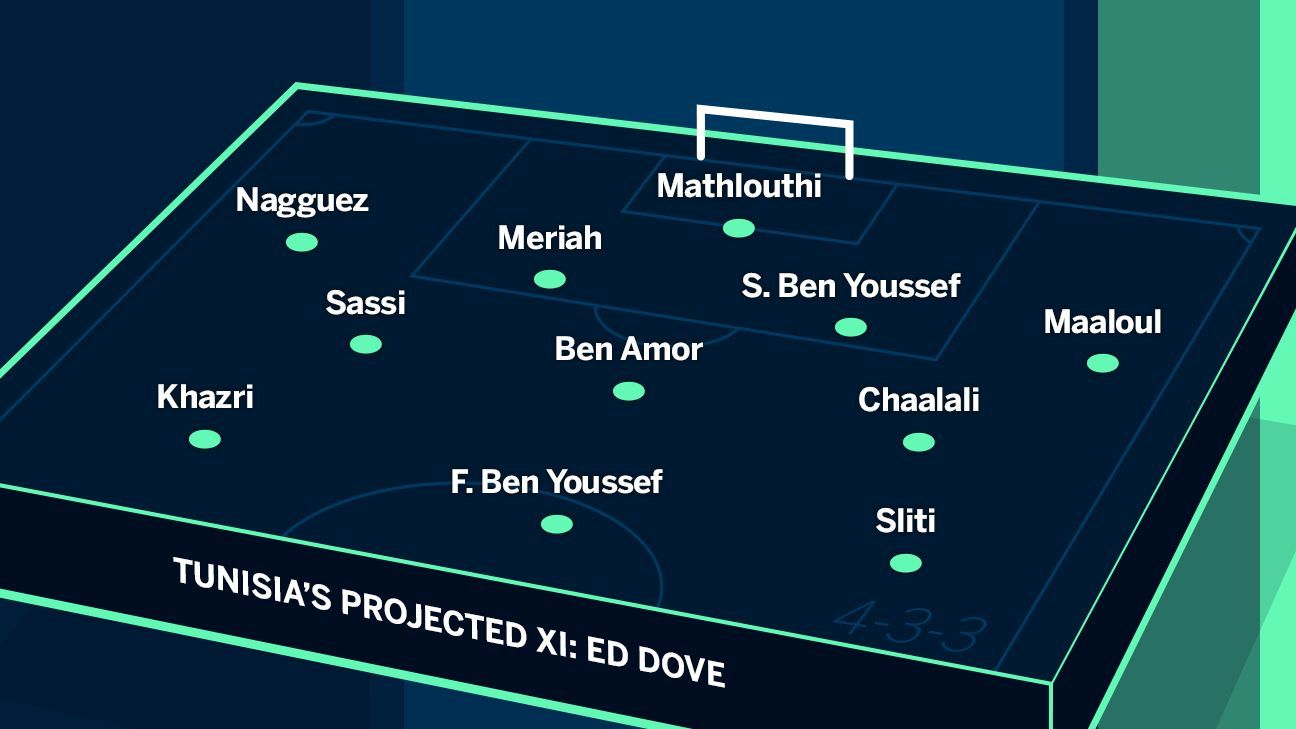 "Fitness and form are serious problems. Beyond the absence of Youssef Msakni, which is denying the Tunisia team a key attacking asset, a major uncertainty weighs on other players, physically and psychologically, in an unenviable situation." -- Hassen Mzoughi, Kapitalis

Tunisia aren't a bad side, boasting a strong midfield and several exciting attacking talents. However, as soon as the draw was made, their chances of reaching the knockout rounds appeared slim. There aren't too many tougher opening fixtures for any side at the World Cup than England and Belgium, and Tunisia could already be out by the time they meet Panama in Saransk in their final fixture.

The prognosis already looked bleak before a litany of injuries hit the squad and Msakni was ruled out, and it remains to be seen whether the likes of Maaloul, Chaalali, Rami Bedoui and Ben Amor could be replaced if they fail to make it back it time.