Costa Rica won their group with 16 points to advance to CONCACAF's Hexagonal phase. In their first game of the round they defeated Trinidad & Tobago, and days later scored a resounding 4-0 win over the United States. La Sele's first loss came in their next game against Mexico, and they earned just two points in ensuing draws against Honduras and Panama. But in their final five games of the Hexagonal, Costa Rica again defeated Trinidad & Tobago and the U.S., virtually punching their ticket to Russia. The Ticos finished in second place with 16 points despite not winning any of their last three games in the final round.

Defense, first and foremost. Costa Rica had the second-best unit of the Hexagonal, allowing just eight goals. Centre-backs Kendall Waston, Giancarlo Gonzalez and Johnny Acosta showed a good level of play throughout the qualifying round. And the case could be made that the true strength of Oscar Ramirez's back half lies in his "wall," as Keylor Navas is considered one of the world's best goalkeepers.

There is a consensus that, despite the 14 qualifying goals, Costa Rica need a natural centre-forward. Betis' Joel Campbell just returned to action in Spain after rehabbing an injury, and Marco Urena of Major League Soccer's LAFC underwent surgery to repair broken bones in his face sustained in an April collision. Both strikers risk arriving in Russia with some rust to knock off.

Keylor Navas, without question. Real Madrid's keeper is also the leader of the Costa Rican side, and any shot at advancing out of the group stage will be tied to his performances. A good showing in the Champions League final with Real could result in some momentum. 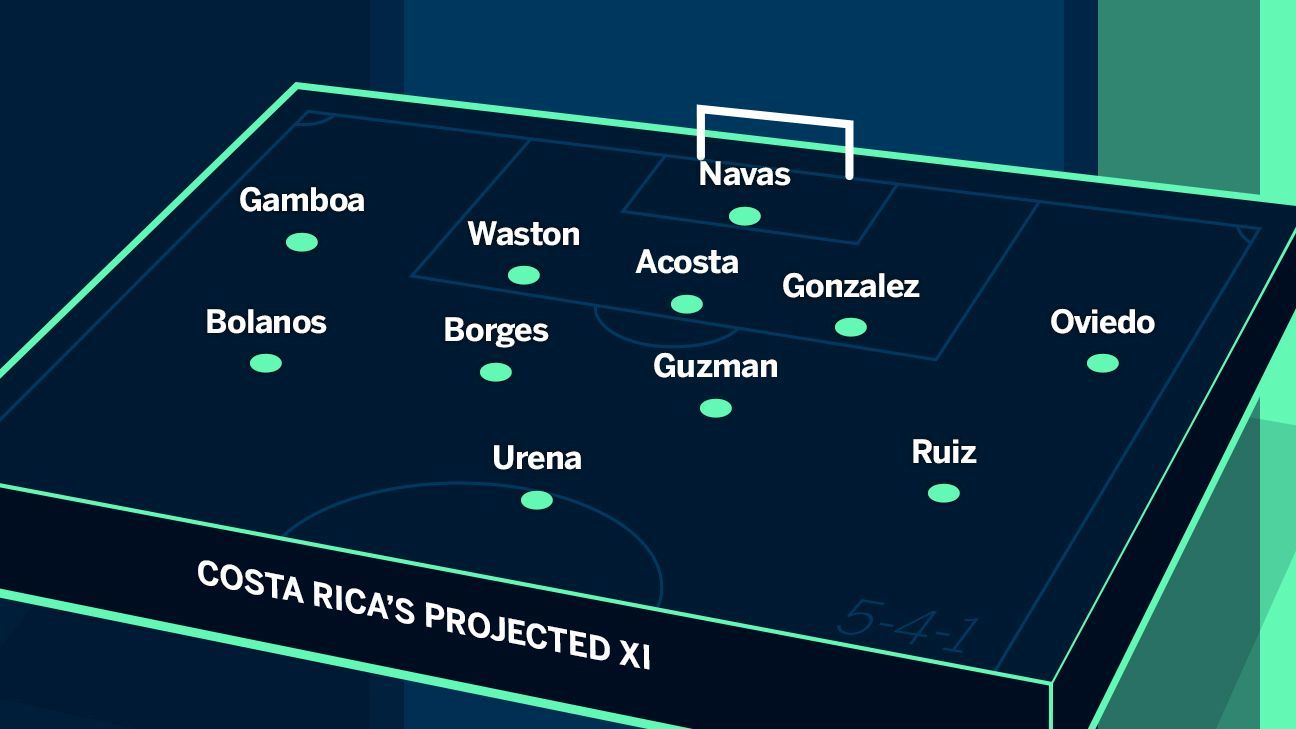 "The Ticos' biggest accomplishment is being among the 32 teams that will participate in the tournament, since almost nobody in Costa Rica can imagine repeating the feat from four years ago: Losing on penalty kicks to Holland in the quarterfinals." -- Luis Miranda, journalist for Depor 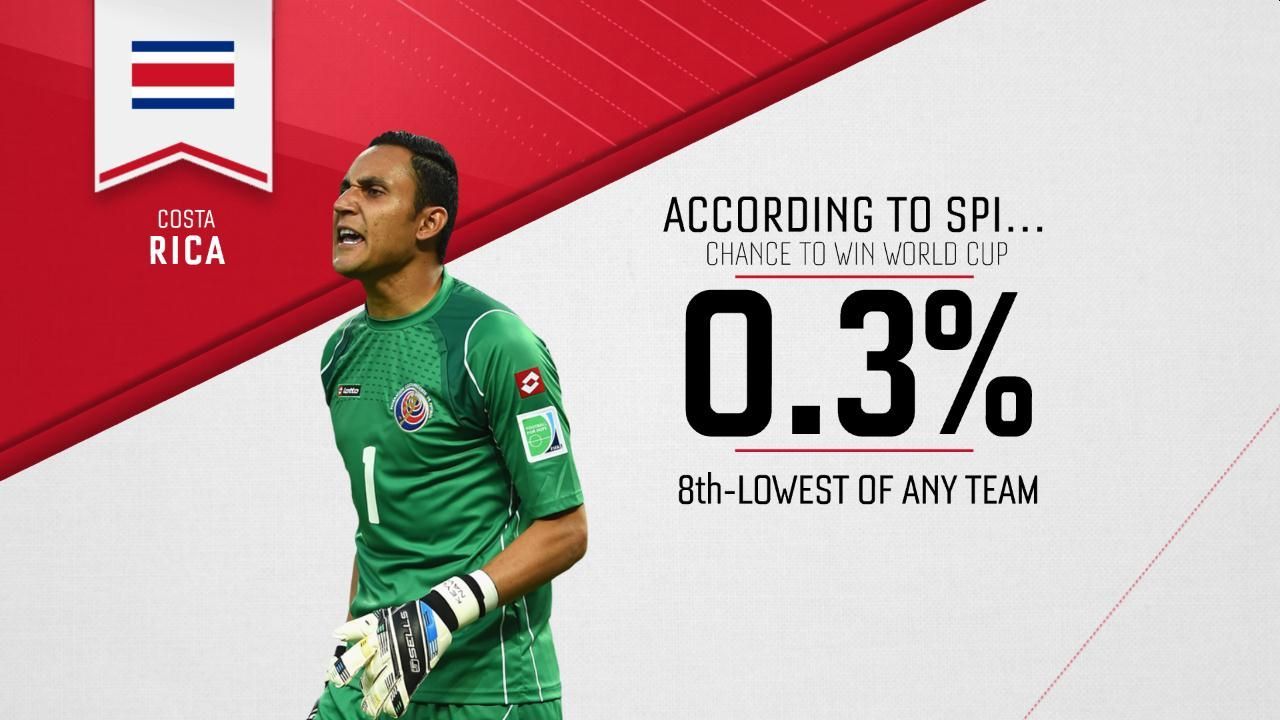 Costa Rica sit in Group E with Brazil, Serbia and Switzerland. On paper, Brazil are virtually assured a berth in the round of 16. The Ticos will be contenders for the second spot, but if they wish to advance it's imperative they win their matchups against Switzerland and Serbia. In case Costa Rica reach the knockout stage, they could face defending champion Germany or CONCACAF rival Mexico.