Qualification began when Dunga was coach, and Brazil were not playing good soccer. When the coach was sacked, the team was in sixth place and at risk of not making it to Russia.

The arrival of Tite completely changed the scenario. Players recovered their form, rivals started to fear them again and the good results poured in. Brazil became the first national team (after the hosts) to secure its place in the World Cup, finishing top of the South American qualifiers.

Brazil's greatest quality is the fact the team doesn't rely on Neymar as heavily as in the 2014 World Cup, when its game depended on the player's individual moves.

Surely Neymar is important -- he is the key player -- but today, the group surpasses the individual.

This change became clear from the moment Tite took over the national team. With a new coach and a new game, Neymar was given more freedom to play and the team became an actual team.

The mixture has resulted in something interesting. There are familiar faces (Dani Alves and Marcelo), new assets (Casemiro and Gabriel Alves) and athletes who have emerged across the European soccer scene (Philippe Coutinho and Willian). This is a team that knows how to pass the ball, how to attack and also how to defend.

And Neymar is the cherry on top.

It is hard to talk about weaknesses when you have a balanced team. They do exist, though.

There are three points to focus on here, and the first one is tactical. Dani Alves and Marcelo are wingers with attacking abilities who like to play forward and are essential in making things happen. Therefore, extra caution is required for these spaces not to be explored by the opposition.

Second is experience, not in terms of each player but the team itself up against elite rivals. Brazilian players under Tite's command had few tests against the top teams on the planet. Will this matter at the World Cup? Maybe.

Third is Neymar. His foot injury has left him out of the game since Feb. 26. How will he be after all this time off the pitch? Again, Brazil don't rely only on him, but the thought of playing without their star is, to say the least, worrying.

All the spotlights will be fixed on Neymar. In 2010, the then-wannabe star was out of the call-up. The early elimination against the Netherlands left a question: would it have been different with him on the field?

A star in 2014, he saw his World Cup end in an injury against Colombia and witnessed from afar the 7-1 Brazilian defeat against Germany. The question remains: would it have been different with Neymar in the pitch? We will never know.

Two years later, Neymar was the star of the gold-medal team in the Olympic Games of Rio de Janeiro, an achievement yet to be conquered then in the trophy-riddled room of the Brazilian national team.

Now it is going to be the showdown. There are still doubts; after all, Neymar hasn't played since February and there is no knowing how he will come back. Regardless, he is the top player of the top national team in the planet. Everyone wants to see Neymar play. Even Neymar himself. 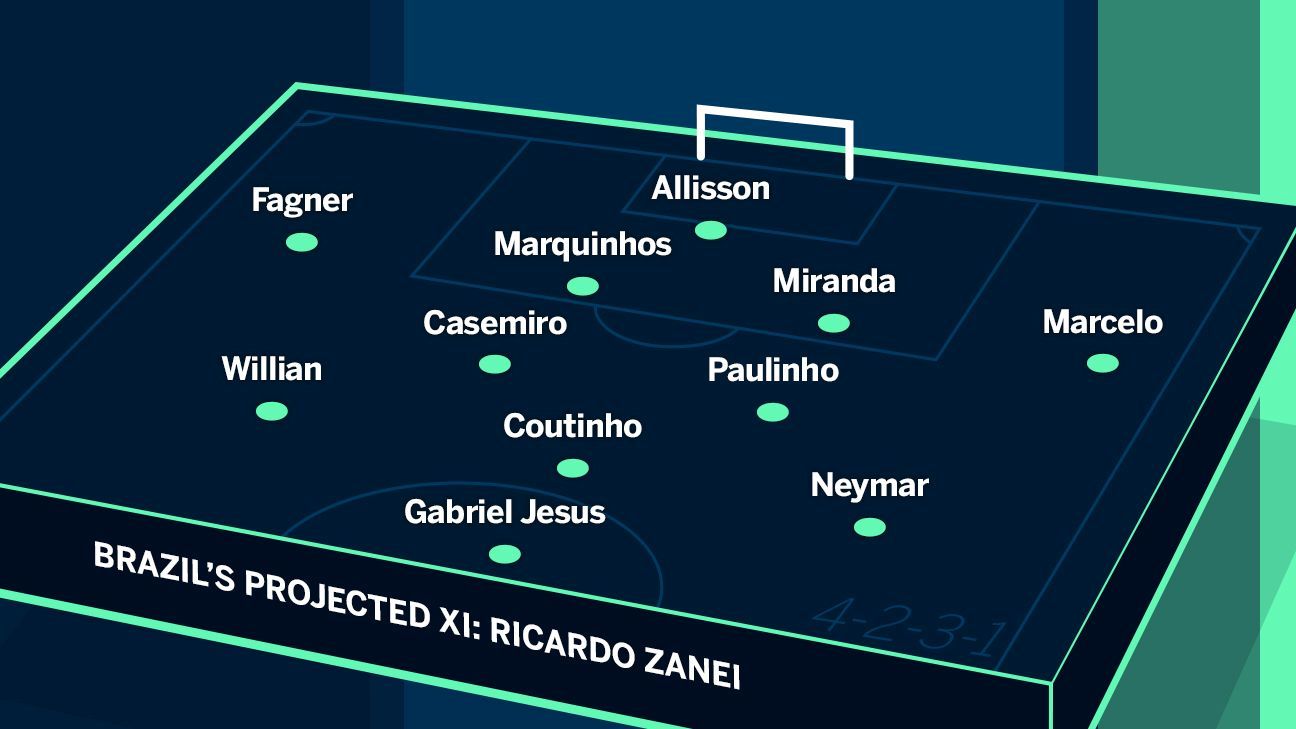 "Brazil is among the favorites to the World Cup title. With Tite, the national team became strong collectively and has potentialized individual talents." -- Gustavo Hofman, commentator for ESPN Brasil

"Tite's taking over the national team has brought new stamina to the players, to the federation, and mostly, to the fans, who had lost their faith in the soccer played by the national team. Neymar's injury, however, raises a major interrogation mark. If the PSG star comes back to the pitch with limitations, Brazilian hopes to get the sixth title decrease. However, if the No. 10-shirt ace comes back 'in one piece,' the cup gets closer." -- Antonio Strini, reporter for ESPN Brasil 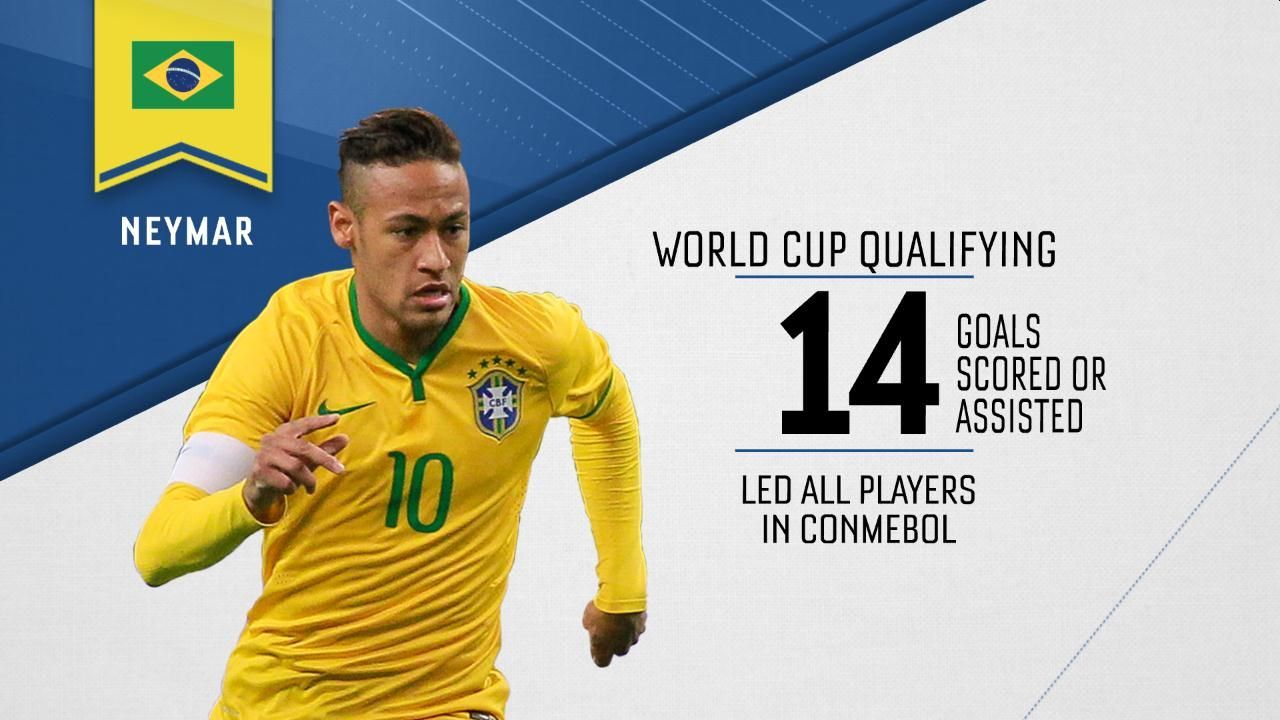 The 7-1 result still echoes in our heads. And to erase what happened in 2014, there is only one remedy: the title. A beautiful game might be put aside in favor of results, and that is what the fans want.

Can Brazil be the champion? Yes. Do they have the team for that? Yes.

It doesn't even occur to many Brazilian fans that the World Cup can end before the final. And while losing the title would not be a disaster as long as the team shows the will to win, winning the competition would mean redemption.