The 2020 MLS season gets underway on Saturday (beginning with D.C. United vs. Colorado Rapids at 1 p.m. ET; stream live on ESPN+), and with any new season comes a whole set of questions for every team around the league.

So before you sit down on Saturday to watch your team (stream every out-of-market game live on ESPN+), Arch Bell asks the biggest question facing each club -- and promptly provides an answer. 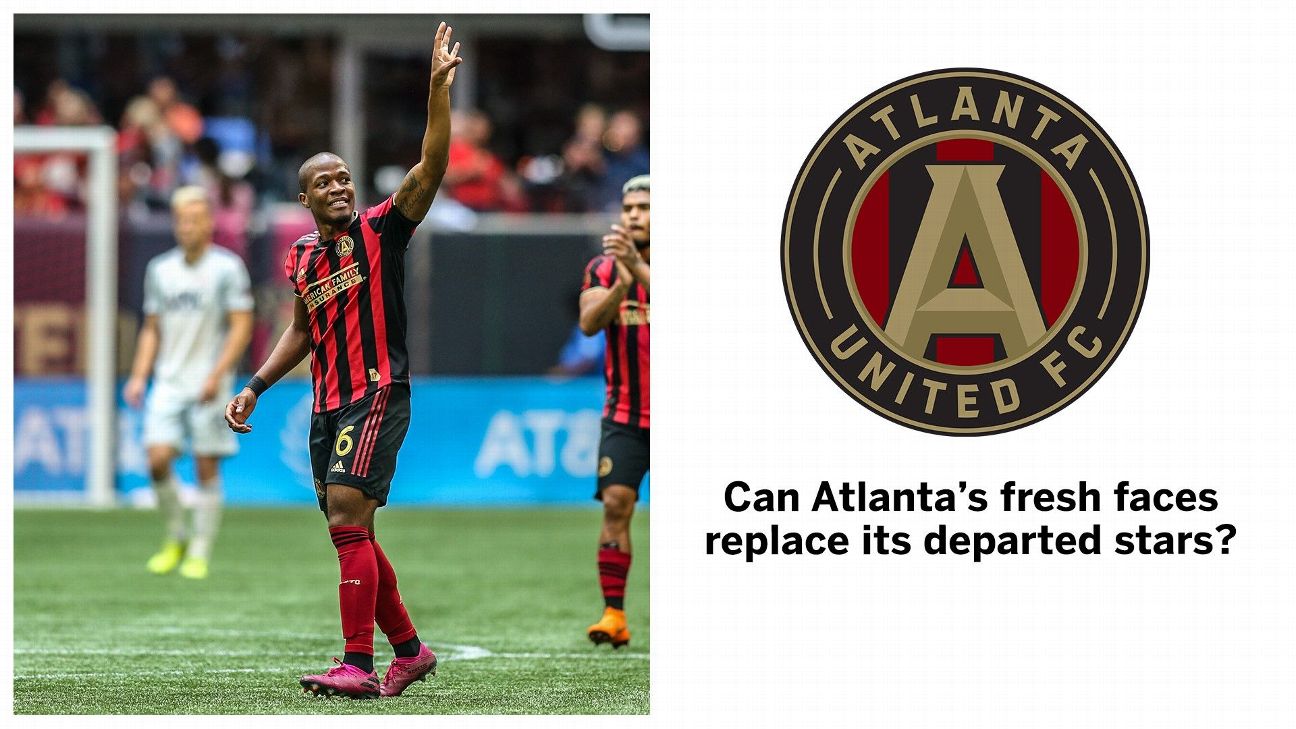 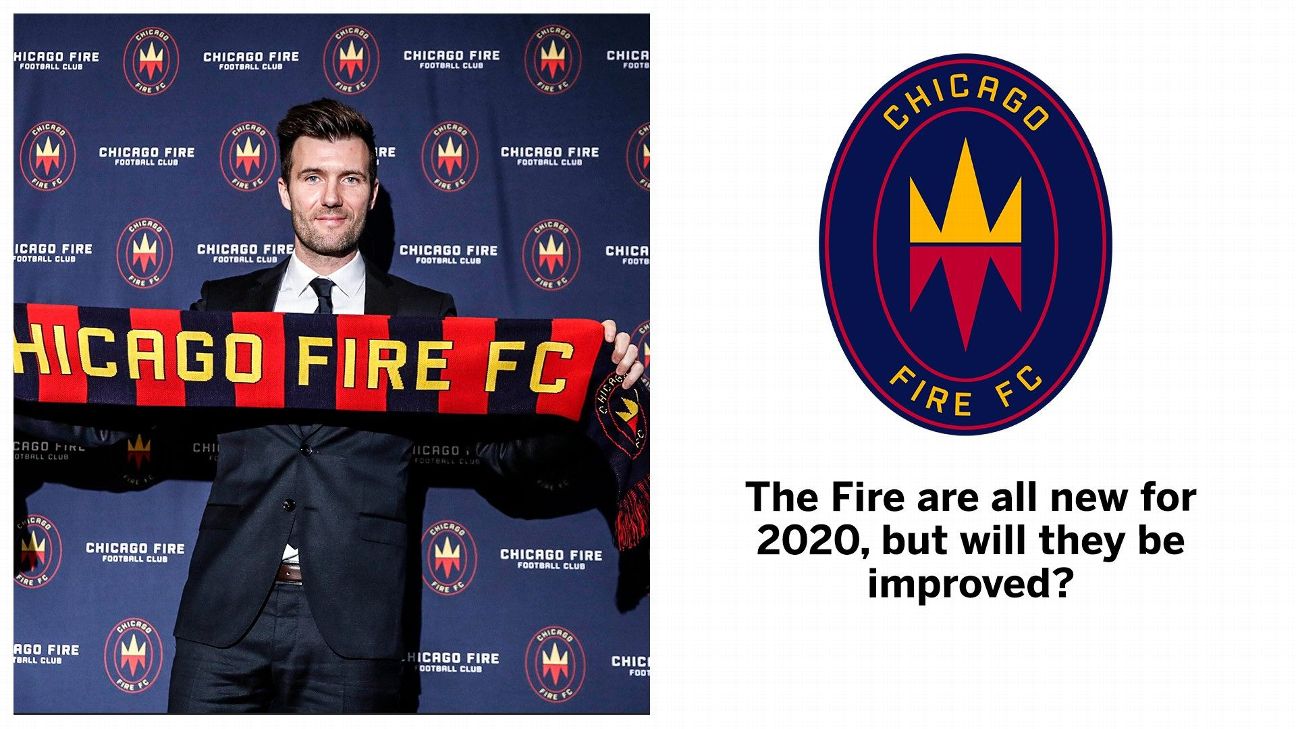 The Fire have a new home, new logo, new sporting director (Georg Heitz) and a new coach in Raphael Wicky. New striker Robert Beric should flourish in MLS, and Spaniard Alvaro Medran helps make for a solid midfield, but it might take a few months before Wicky has a team to his liking.

- 2020 MLS predictions: Is this LAFC's year?
- Pulido's path to MLS: A fresh start for Mexico's complicated star
- Power Rankings: Seattle on top; Miami has a way to go 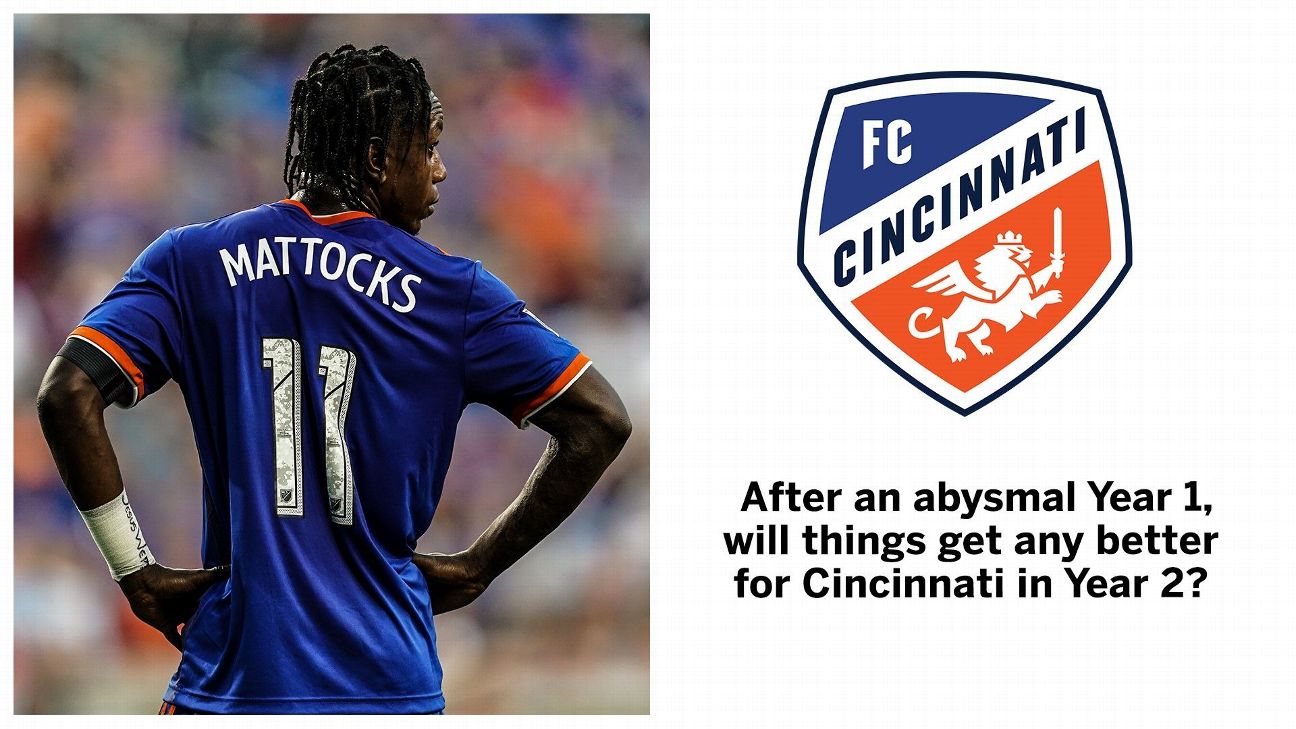 After setting a record for fewest goals scored in a season, FC Cincinnati figures to have a better Year 2. The signing of Jurgen Locadia gives the team its first legitimate goal-scoring stud, while Yuya Kubo and Adrien Regattin also provide some punch. 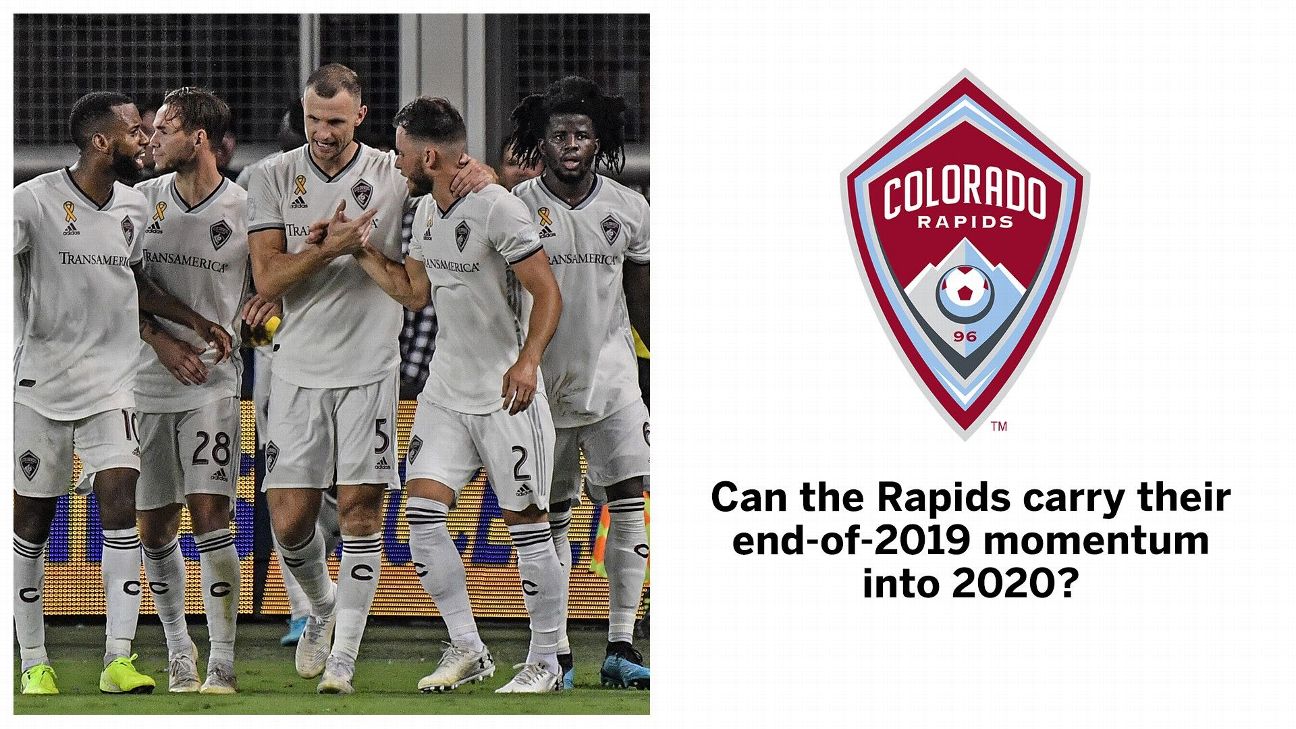 Robin Fraser's hiring, plus a couple of trades, turned things around for the Rapids in 2019 and almost got them to the postseason. They have built a deep squad and now have a sharp-looking No. 10 with Younes Namli, which should help continue their end-of-2019 form. 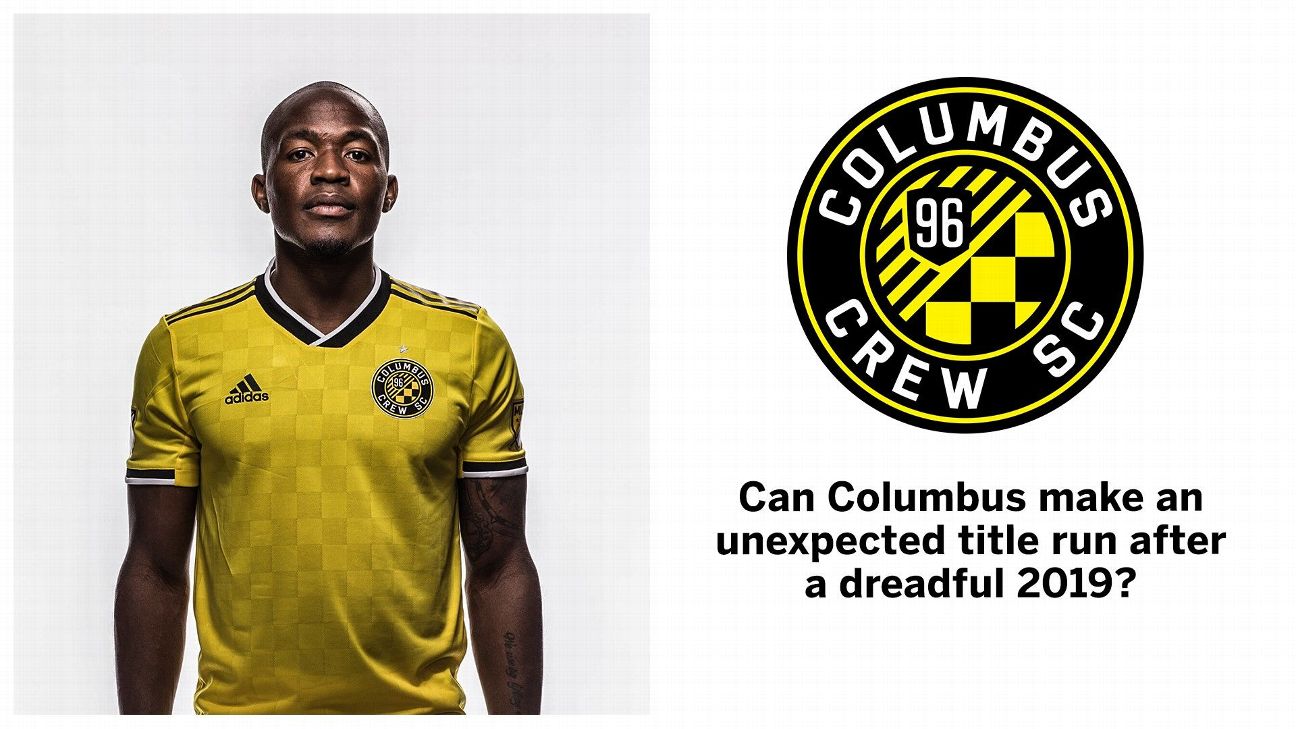 The Crew splashed the cash to land attacking midfielder Lucas Zelarayan, plus have added MLS mainstays in midfielder Darlington Nagbe and striker Fanendo Adi. With flying wing-back Milton Valenzuela back from injury, a deep run in the East could be in the cards for Caleb Porter's side. 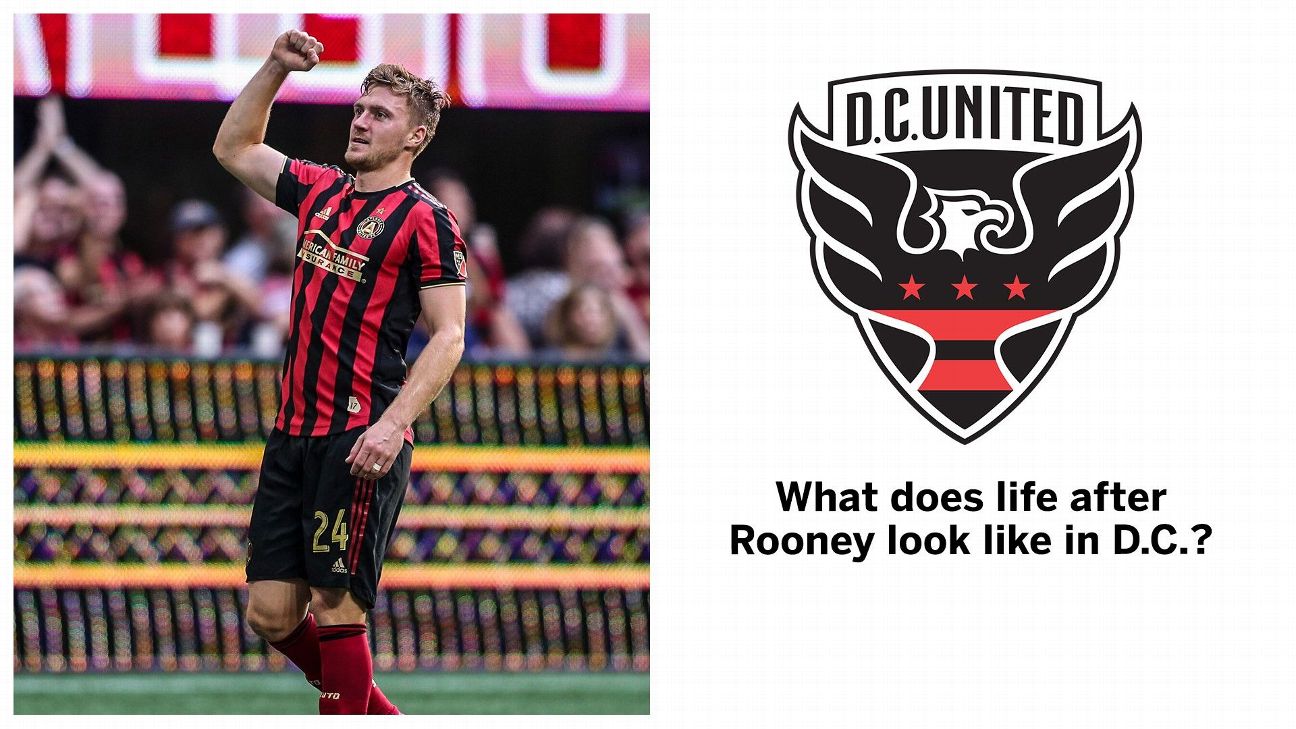 Following the Wayne Rooney era, D.C. United is opting for MLS-proven players, such as Ola Kamara to serve as goal scorer and Yamil Asad and Julian Gressel as playmaking options, plus imported talent with Peruvian winger Edison Flores. Those moves should put D.C. in a good place. 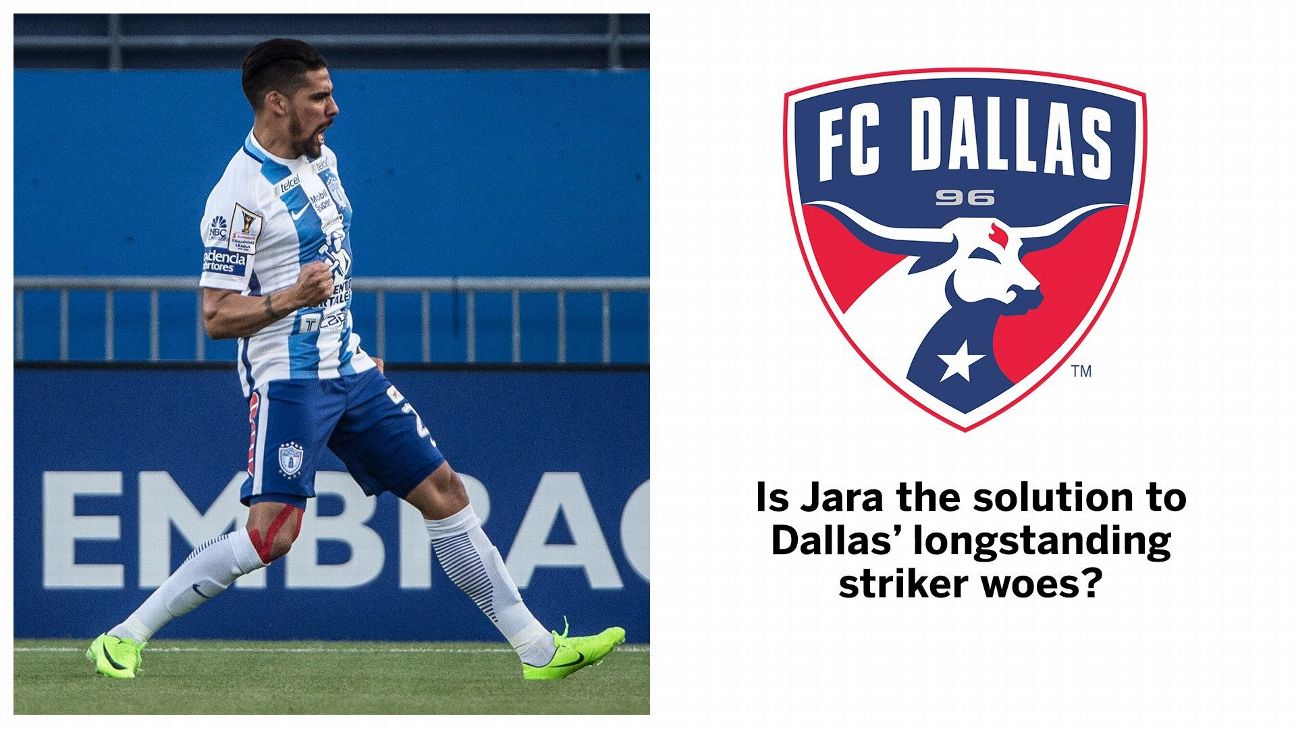 Franco Jara will arrive July 1 and is set to be the central striker FC Dallas has needed for years. The Argentine knows how to finish, plus he'll be a good mentor to rising stars Jesus Ferreira and Ricardo Pepi. FC Dallas finally has a No. 9 to complement a talented midfield. 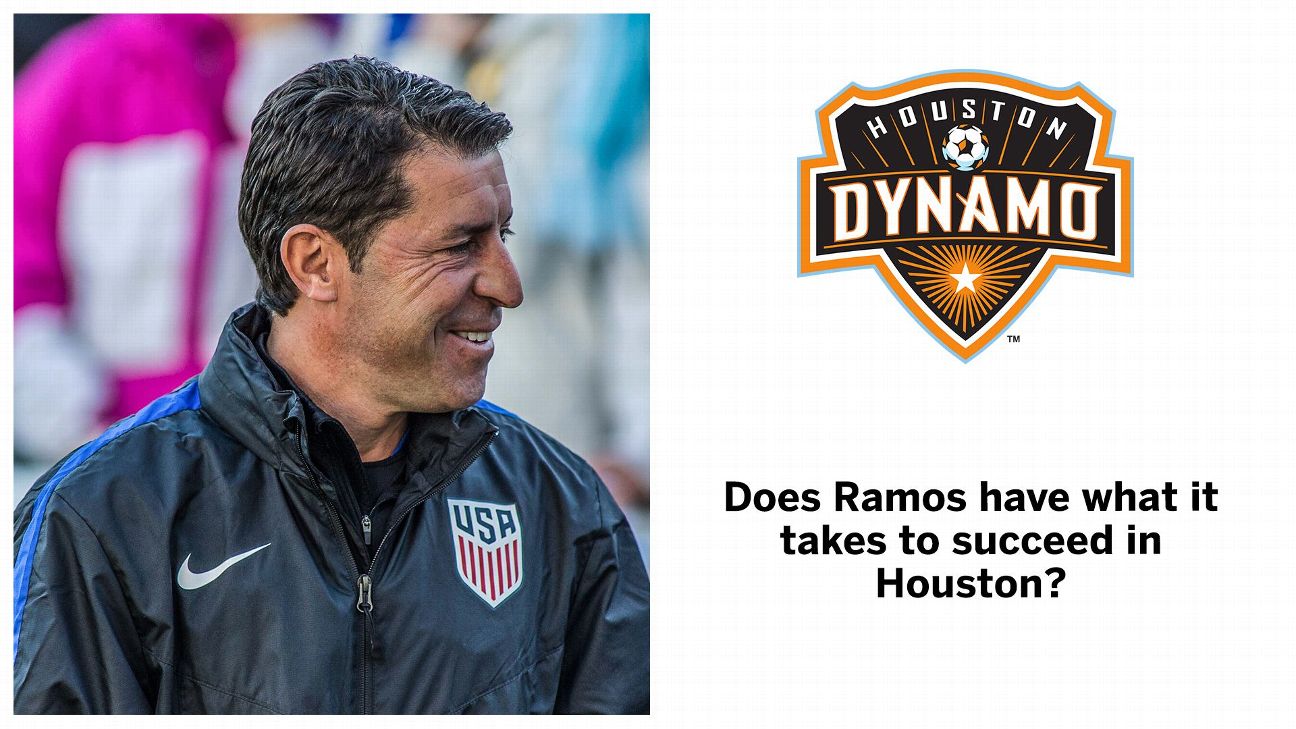 The headline in Houston this winter was the hiring of Tab Ramos. It marks Ramos' first head-coaching job in the league, and he inherits a team that failed to reach the postseason in 2019. Outside of Darwin Quintero, there wasn't much in the way of new arrivals in Houston. Ramos has his work cut out for him. 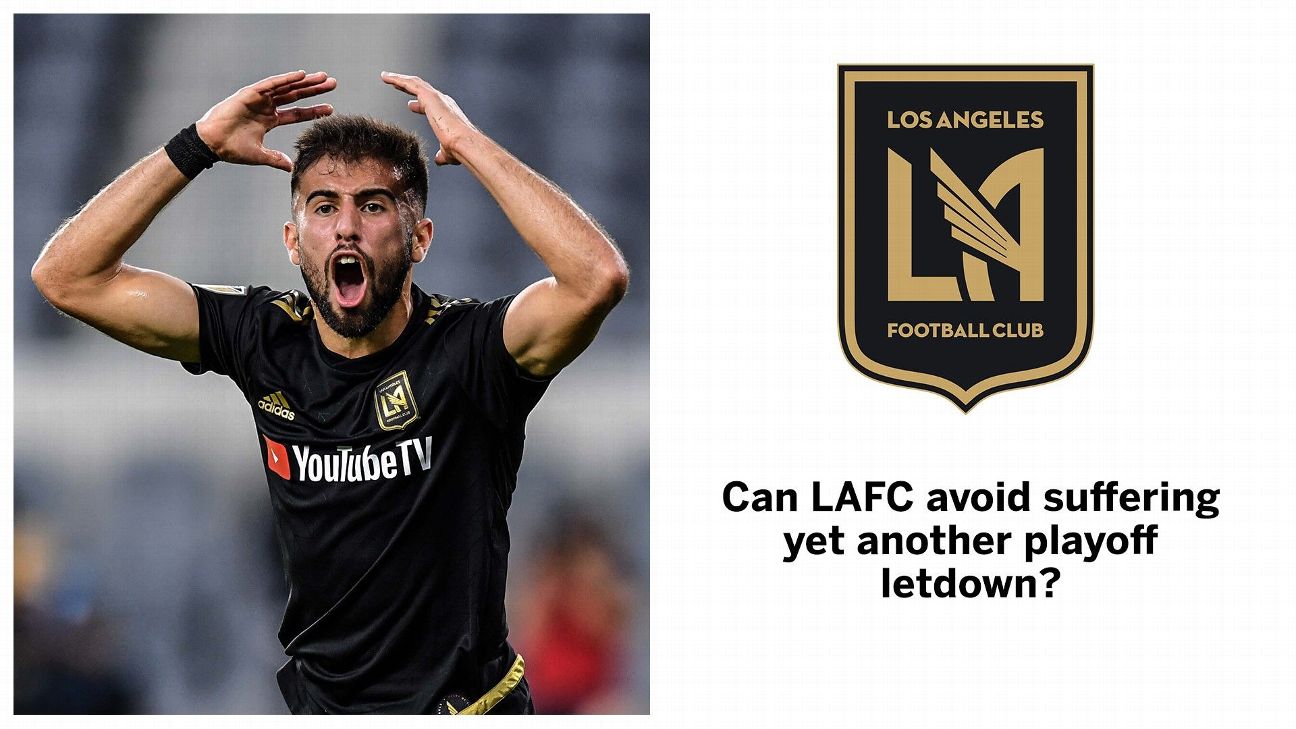 LAFC was punched in the mouth in the playoffs by Seattle, but it will once again be a top team in the Western Conference. A new goalkeeper and midfield depth with Jose Cifuentes and Francisco Ginella give Bob Bradley everything he needs to avoid a postseason letdown. 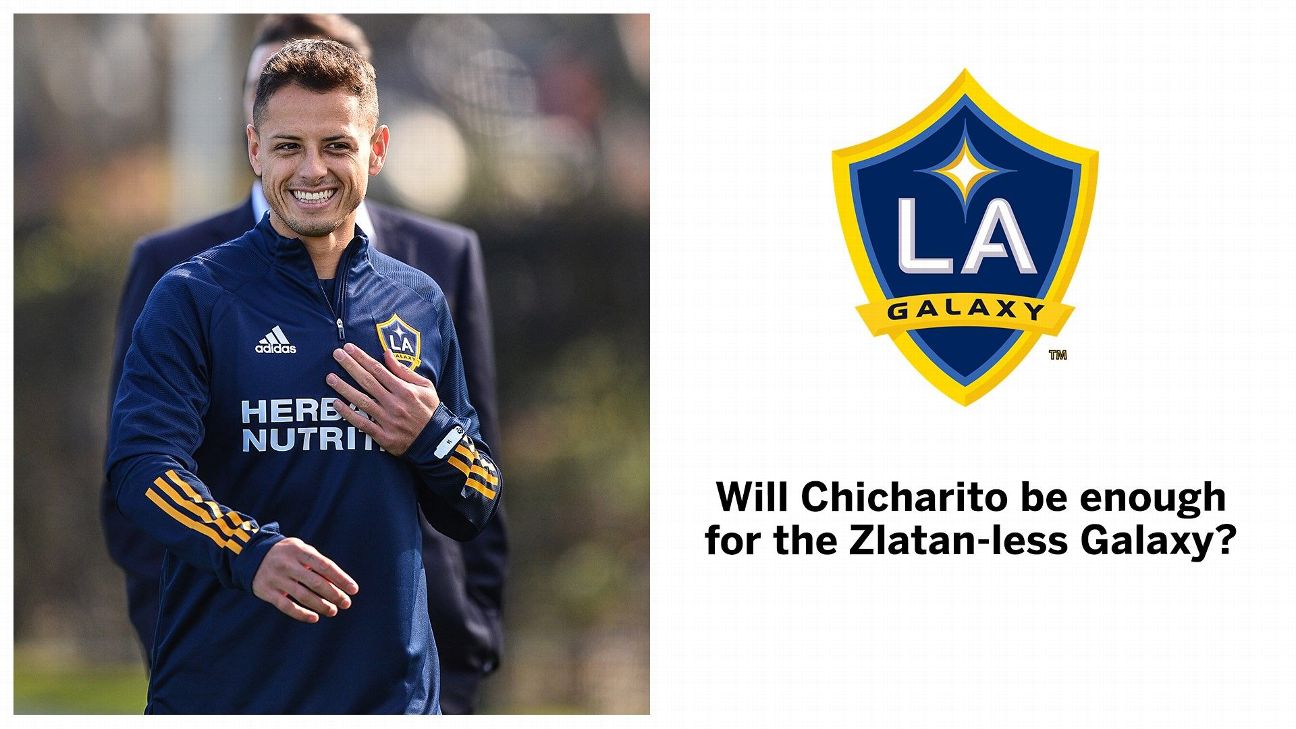 Javier "Chicharito" Hernandez is the new big man on campus for the Galaxy, and while the Mexico international likely won't reach Zlatan Ibrahimovic's scoring totals, he'll lead one of the league's best forward lines with Cristian Pavon and Aleksandar Katai. The defense still has holes, though, even with Emiliano Insua's signing. 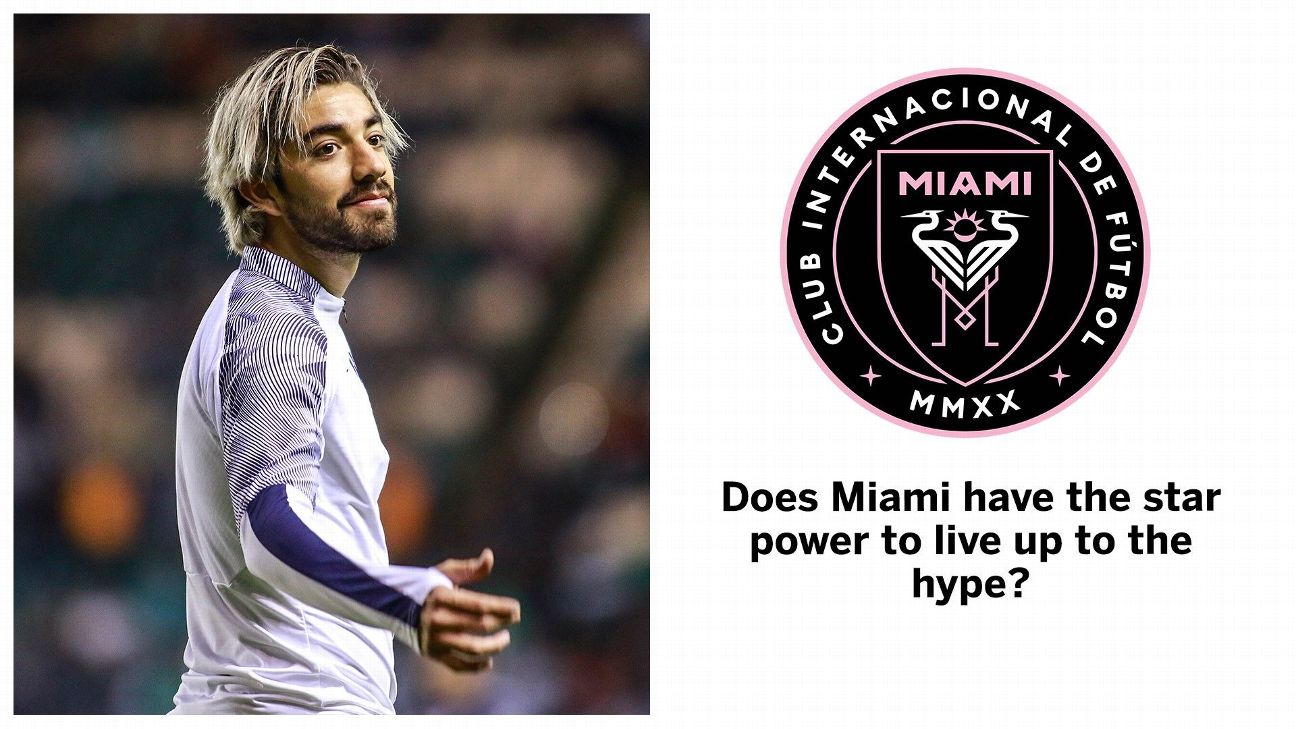 Every top player in the world has been linked with David Beckham's new team in the past two years, but it took until the final weeks of preseason to land a big-time name in Rodolfo Pizarro. The injury to Julian Carranza and the lack of a playmaker in midfield could make for a rough start. 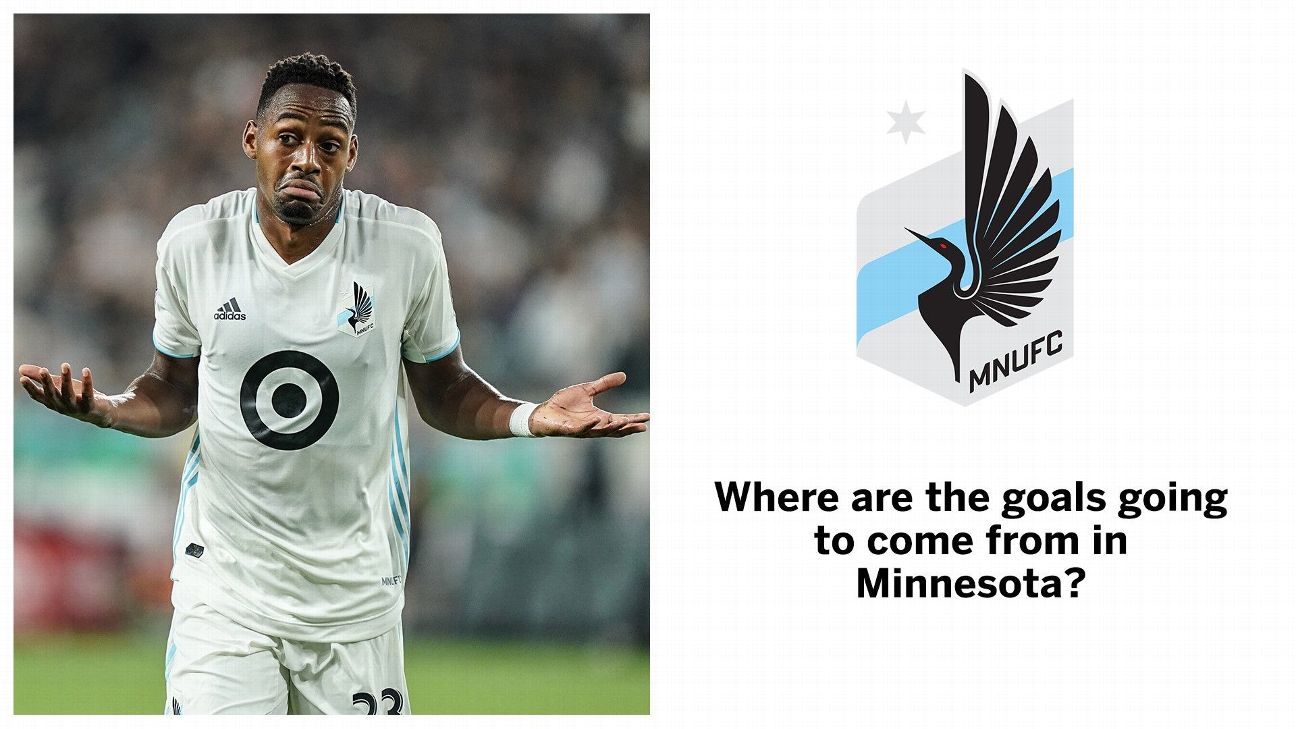 After firming up the defense in 2019, Minnesota United coach Adrian Heath needs production at the other end -- Darwin Quintero led the team with just nine goals last season. It all comes down to whether new striker Luis Amarilla can replicate the form he showed in Ecuador last year, scoring 19 goals in 24 games. 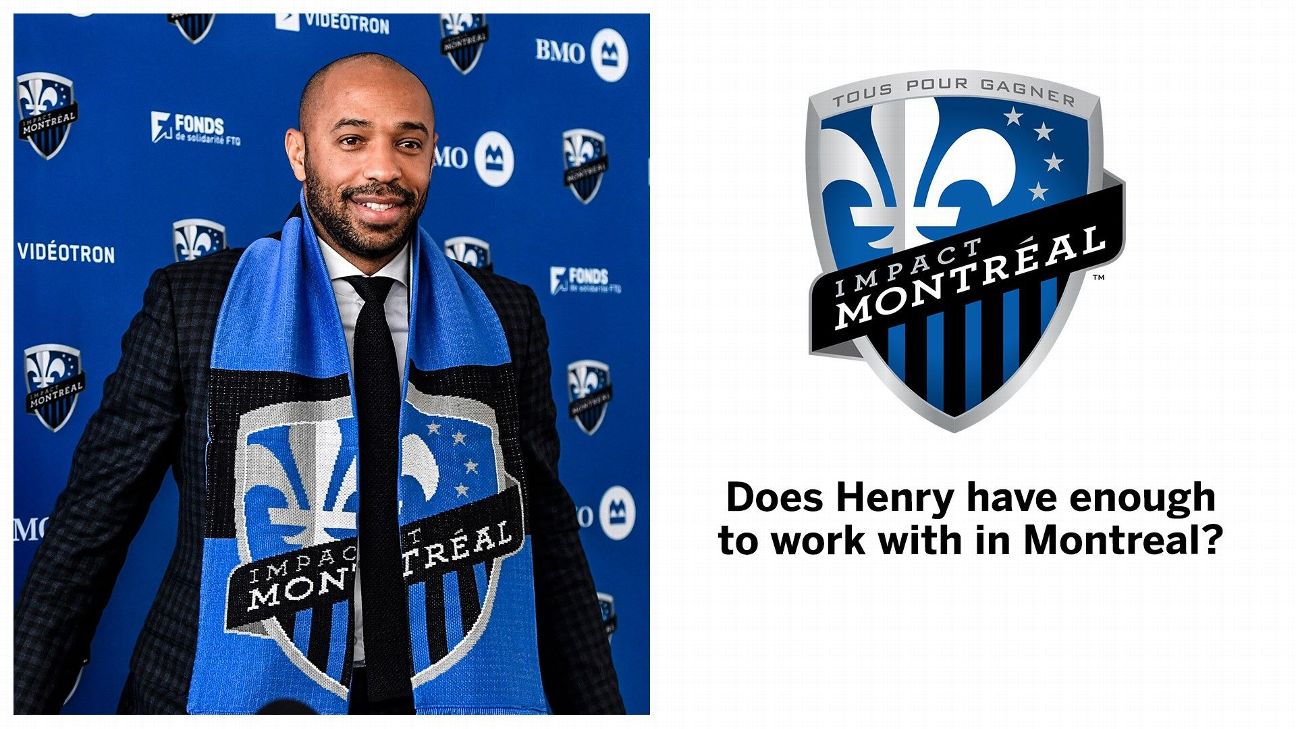 Ignacio Piatti's decision to return to Argentina makes the Impact a far less dangerous side, and goals will be hard to come by. Romell Quioto never really flourished in Houston and now will be counted on to provide fireworks along with Bojan Krkic. It's going to be tough sledding for Thierry Henry. 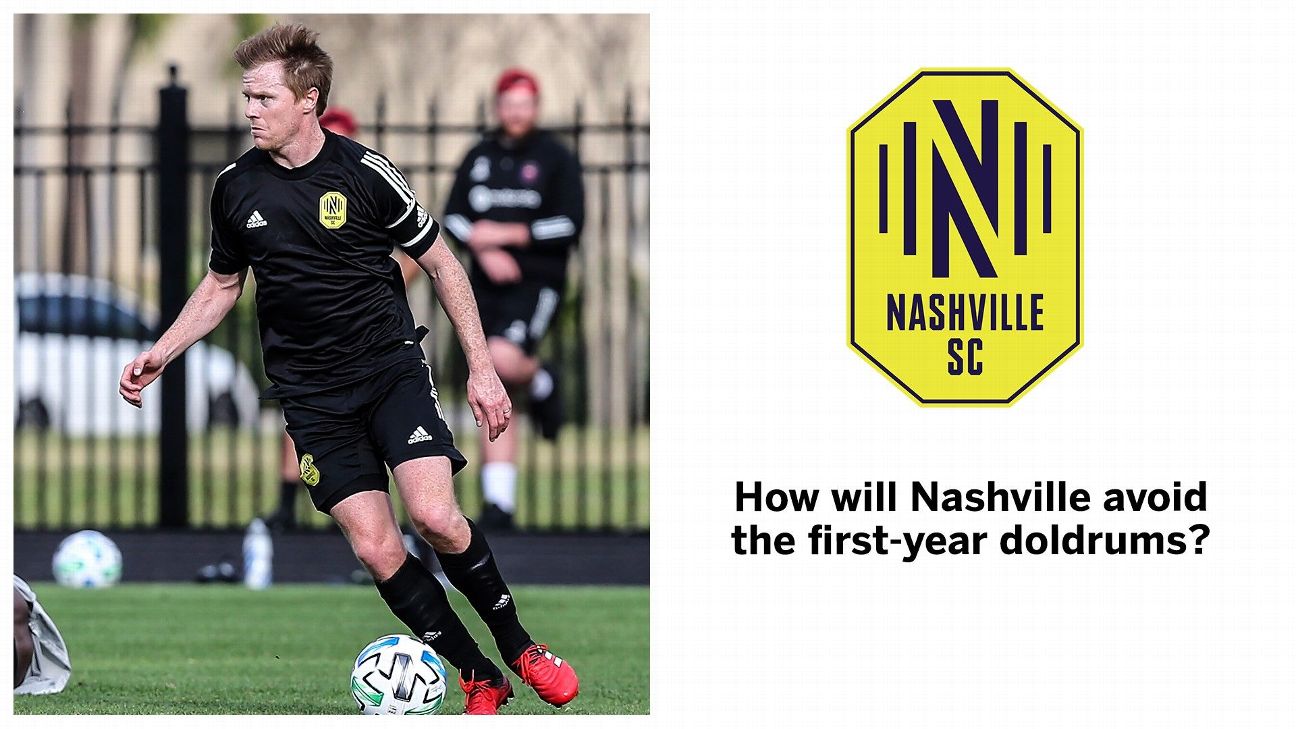 Nashville at first glimpse appears to fall into the "this is going to be rough" category of expansion sides, but it will create chances through designated player Hany Mukhtar in midfield. The spine is healthy, which should put Nashville in better shape than expansion predecessors FC Cincinnati and Minnesota United. 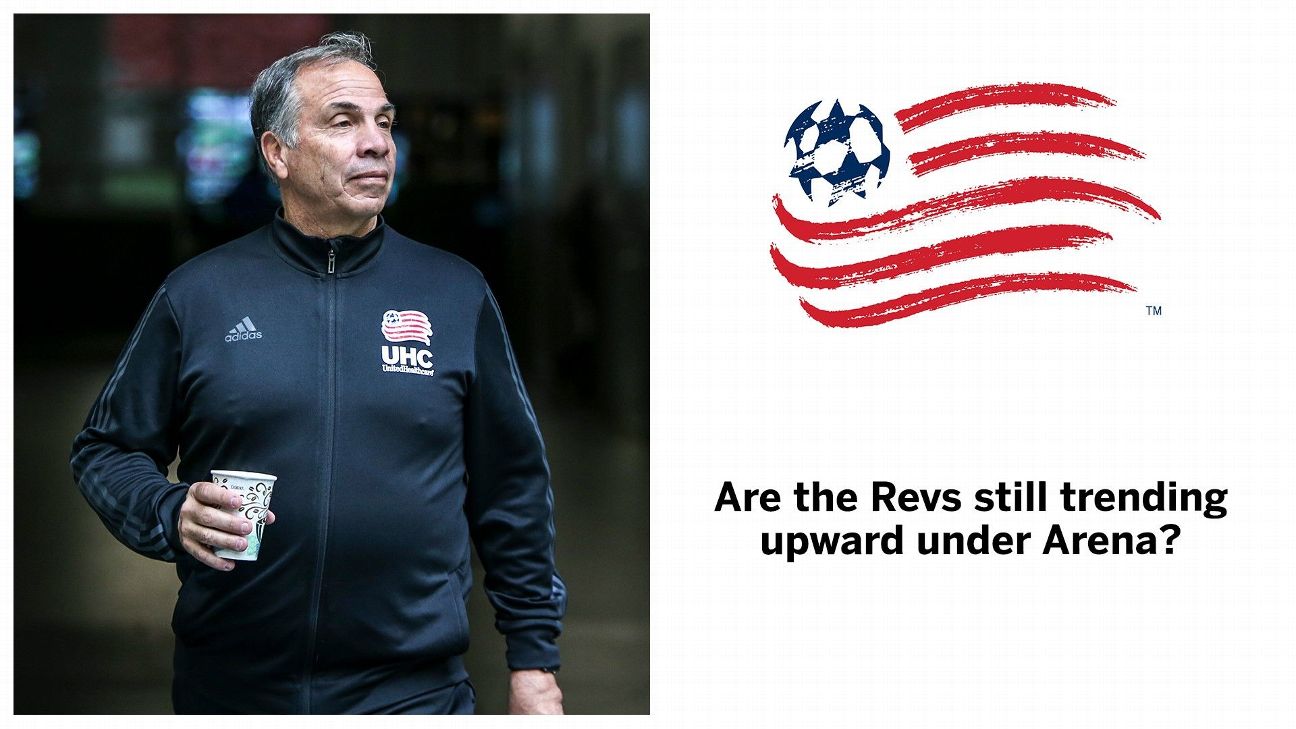 Bruce Arena turned New England into a playoff team by the end of 2019, and now with a full preseason, the manager has a chance to truly put his stamp on the Revs. There is good chemistry between Carles Gil and Gustavo Bou up front, while Alexander Buttner is a smart add in defense. 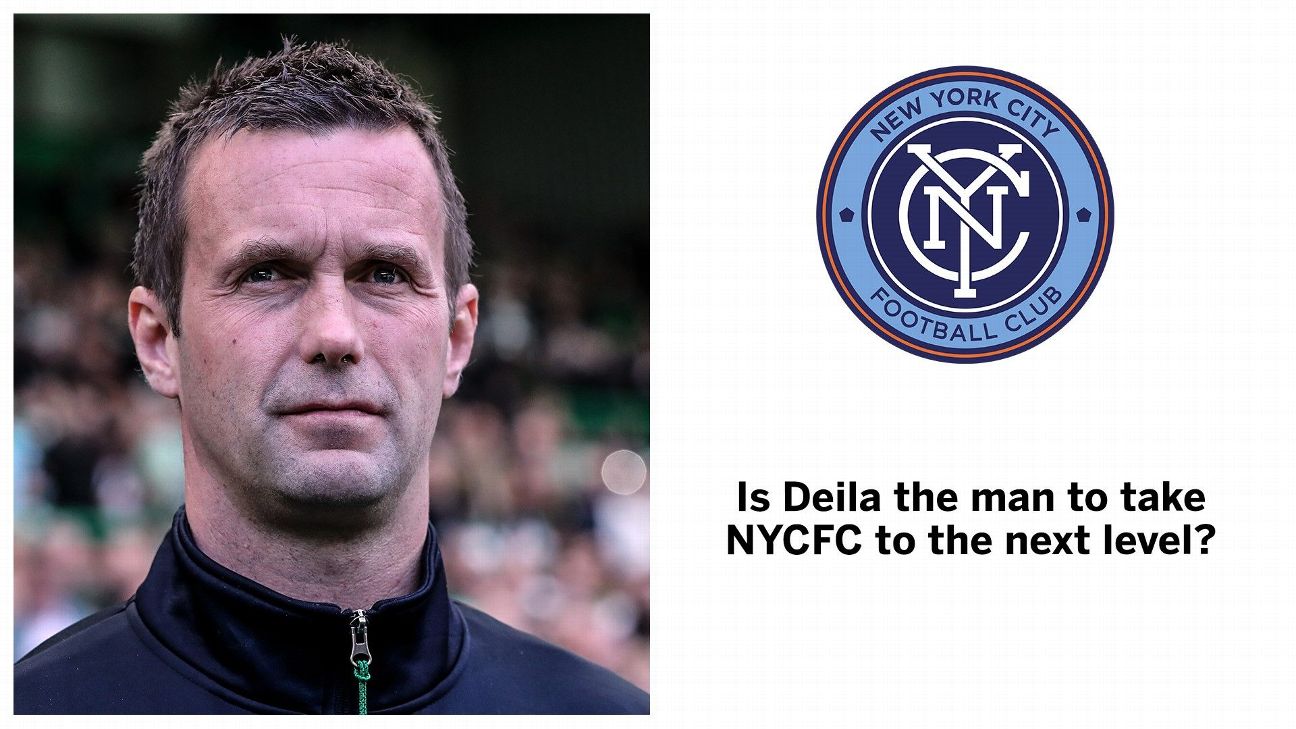 The team that finished first in the East is still intact, it's just up to new boss Ronny Deila to keep it in the conference's rarefied air. The midfield is still excellent, but the squad remained plagued by playoff failure. Deila can be fiery on the touchline, and perhaps that is the edge NYCFC needs. 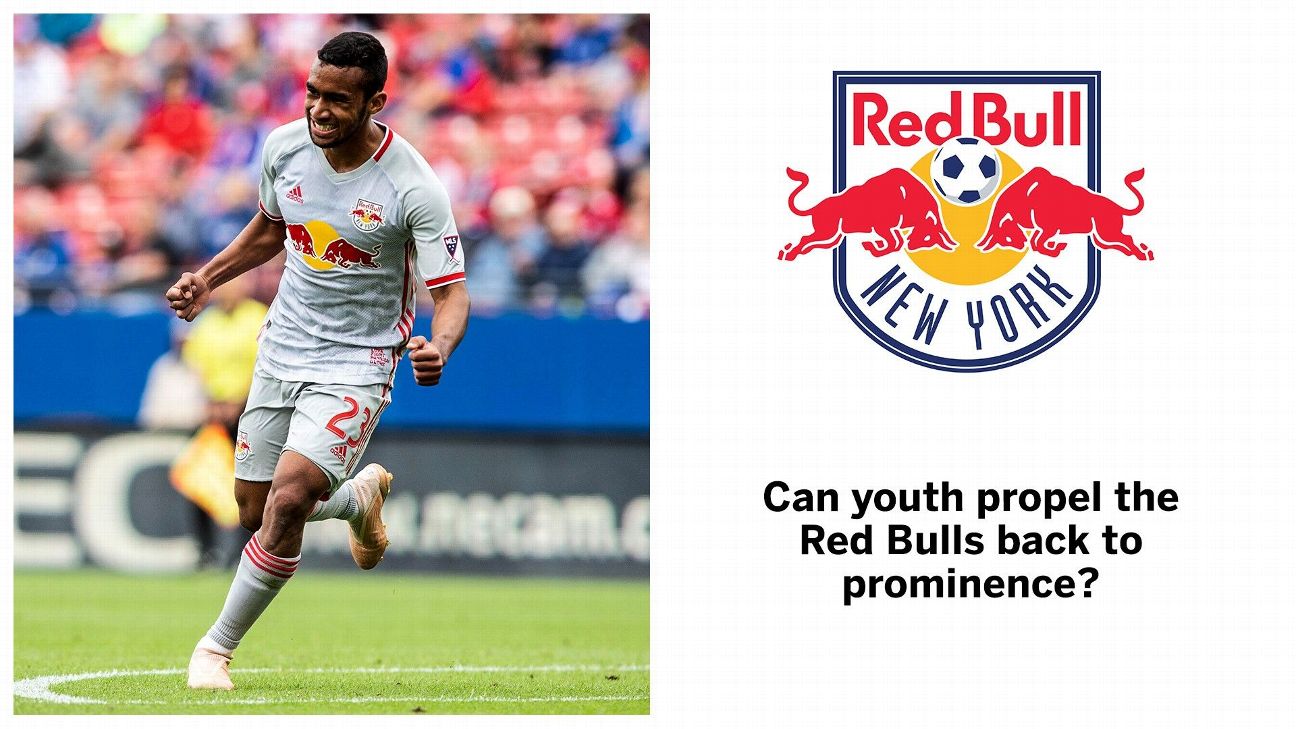 The Red Bulls always have a playoff team, and 2020 should be no different. If they can make up for the departures of full-backs Kemar Lawrence and Michael Murillo, young pups such as Omir Fernandez and Cristian Casseres and veterans Kaku and Aaron Long can lift the Red Bulls back into the East's top two. 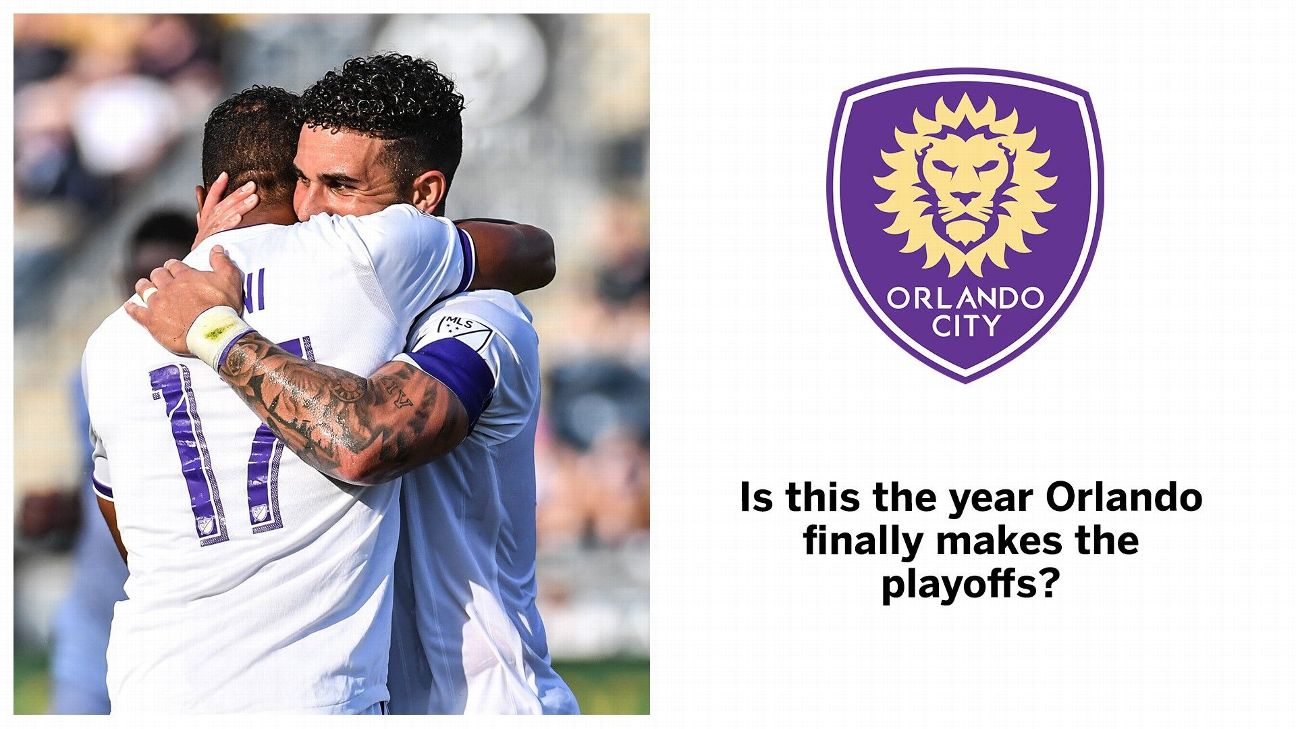 Things are looking up in Orlando with the arrival of new coach Oscar Pareja. Dom Dwyer is banging in goals in preseason, while Pedro Gallese is an excellent addition in goal. If Dwyer carries his preseason form into the real thing, this could be the year Orlando breaks its playoff drought.

- Their players tell all: What to expect from MLS' new managers
- Pizarro's move to Miami means more to MLS than Chicharito
- MLS 2020: Your team-by-team preview 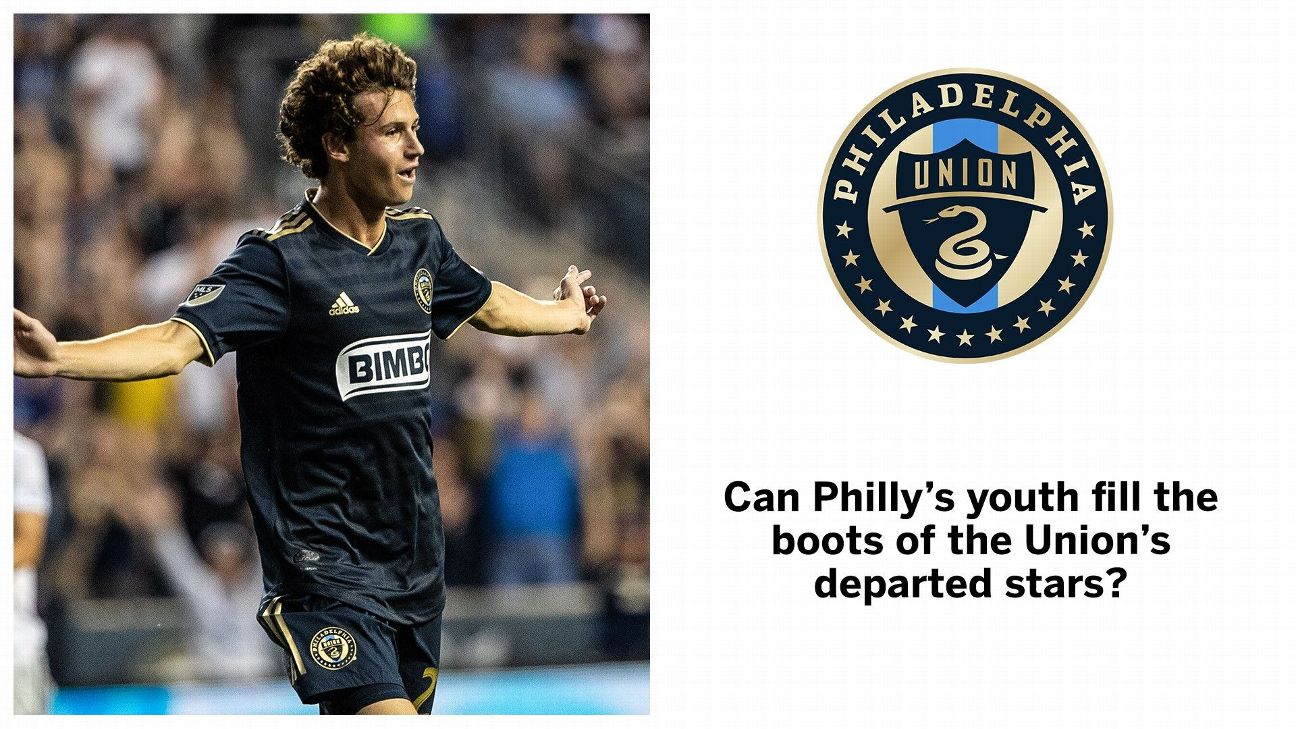 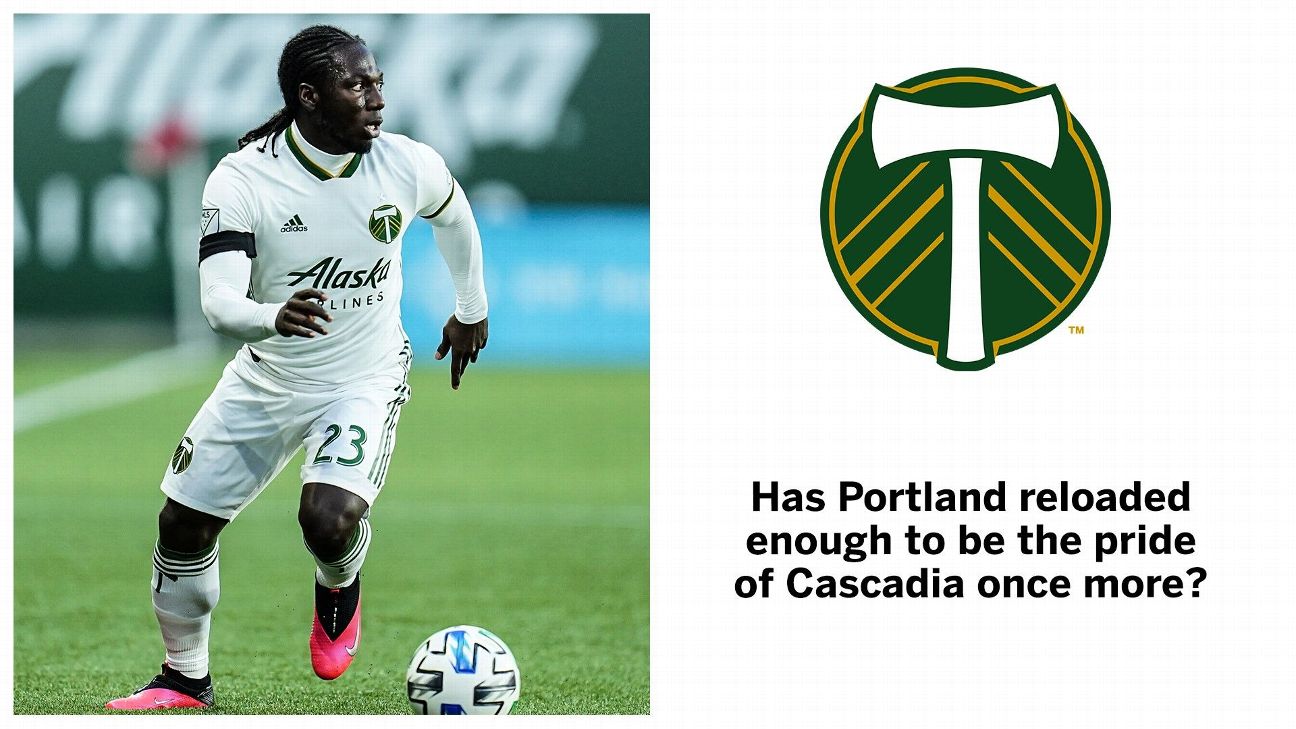 With the addition of strikers Felipe Mora and Jaroslaw Niezgoda, plus winger Yimmi Chara, to go along with Diego Valeri and Sebastian Blanco, Portland has the firepower to rival the best of the West and possibly equal the title haul of Cascadia rival Seattle. 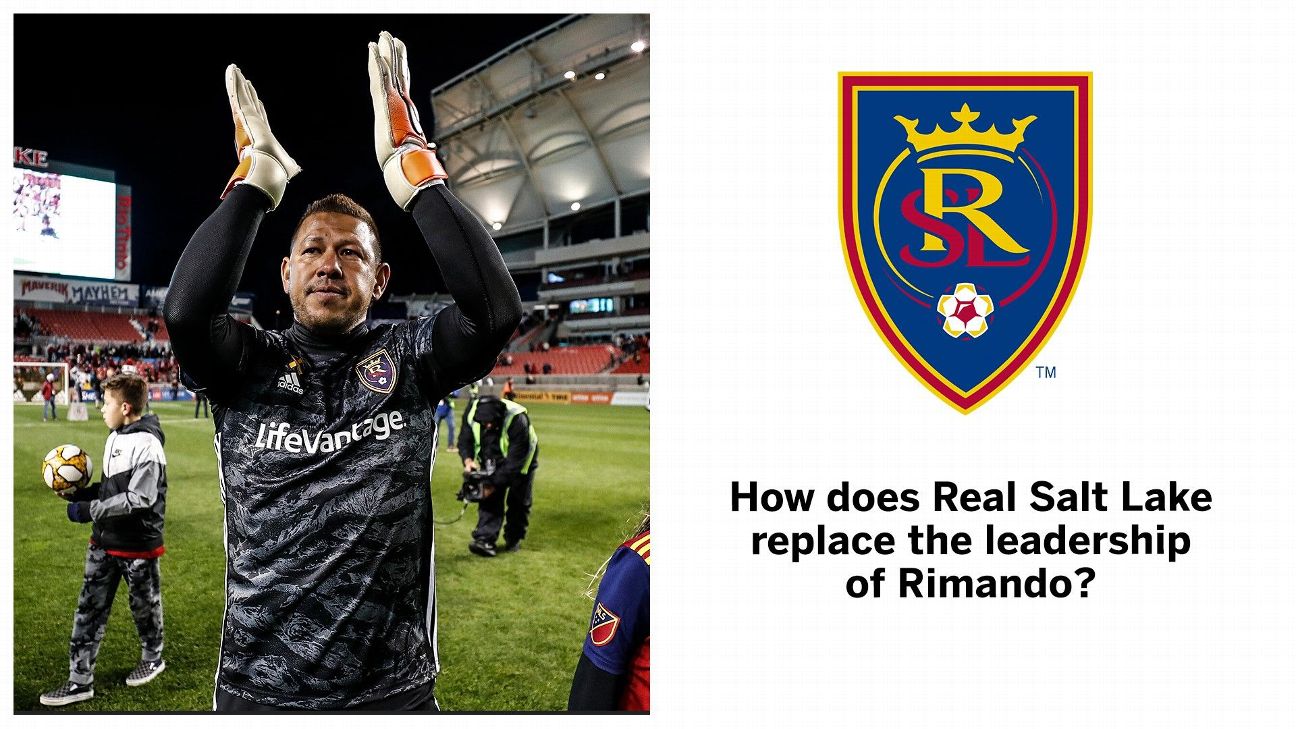 Nick Rimando said goodbye after more than 500 appearances in MLS, most with RSL, but the boys in Utah shouldn't miss a beat on the veteran leadership front with midfielder Kyle Beckerman. He doesn't have the wheels he used to, but Beckerman remains a key piece in the RSL midfield and will have some help in the form of new winger Justin Meram. 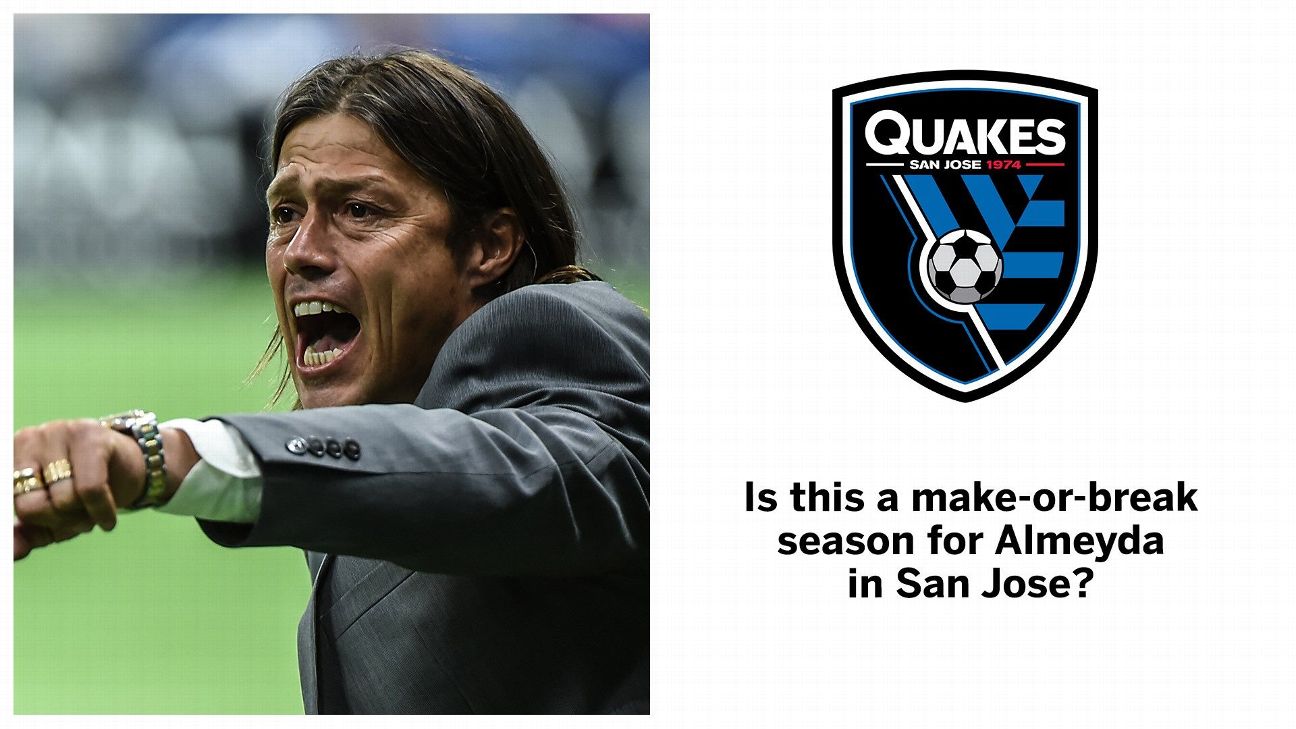 The San Jose defense will be better with former Chivas man Oswaldo Alanis in the fold, and attacker Cristian Espinoza was acquired on a permanent basis, but one can't help but think that Matias Almeyda has grown frustrated seeing his Western Conference rivals bulk up their attacks while San Jose has mostly stood still. 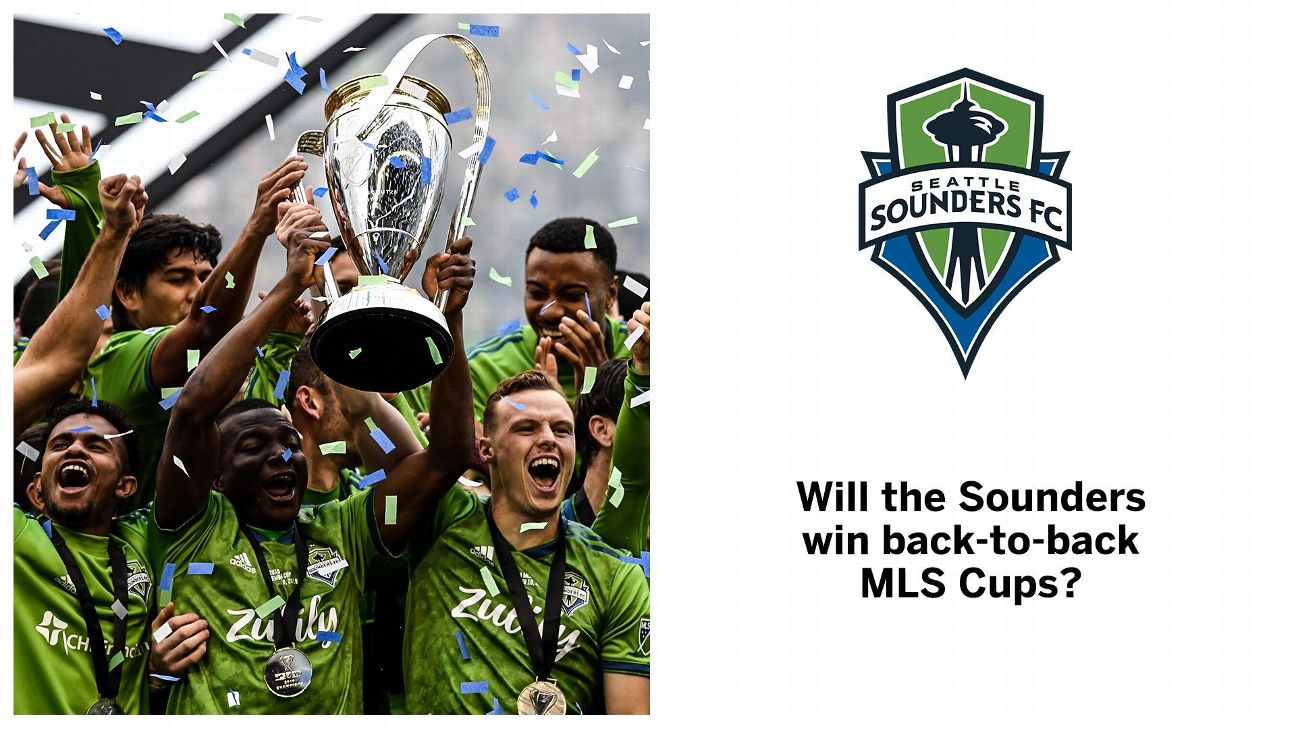 The champions have all their primary attacking pieces back from last year's squad and have added midfielder Joao Paulo to the mix. They won't miss a beat at center-back, either, with Xavier Arreaga and Yeimar Gomez. You'd be foolish to bet against Seattle making another run. 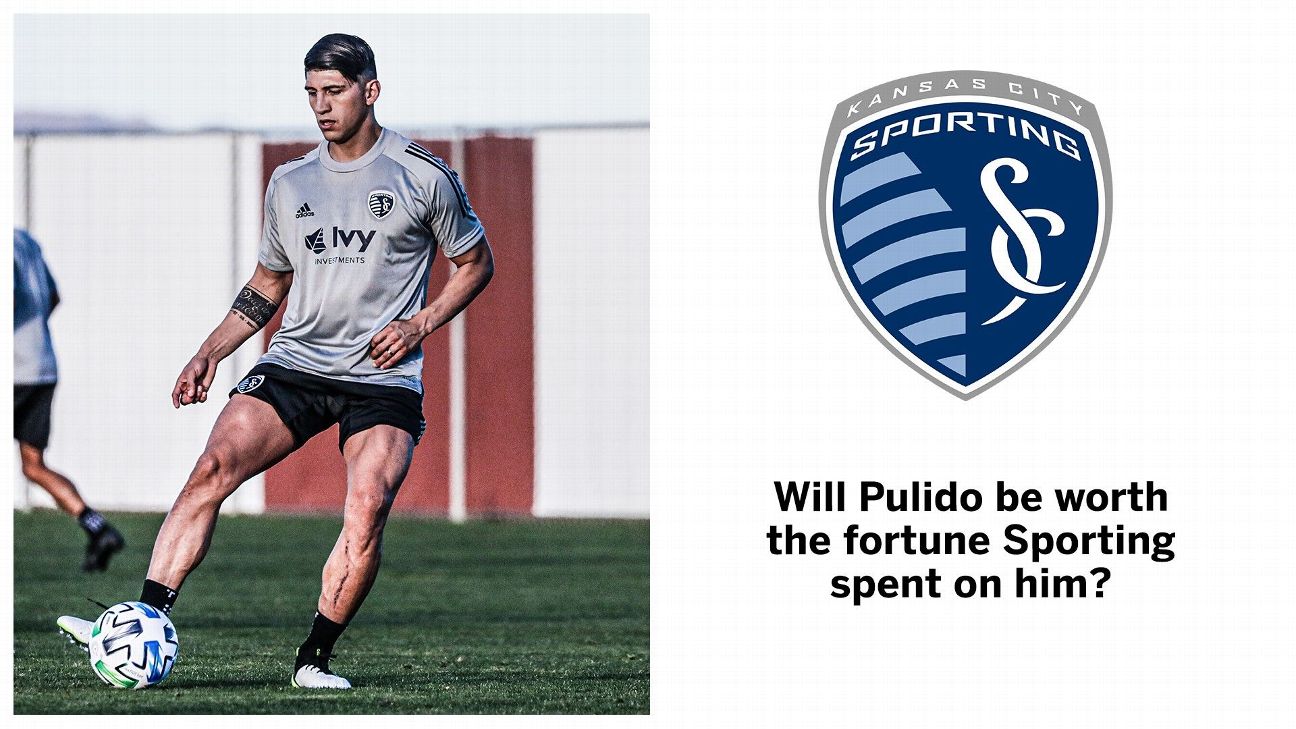 It's a new day in MLS when the likes of Sporting Kansas City is dropping nearly eight figures to acquire a player. Mexico striker Alan Pulido had 12 goals in the 2019 Apertura and stands to thrive this season with the likes of Felipe Gutierrez, Johnny Russell and Daniel Salloi playing provider. 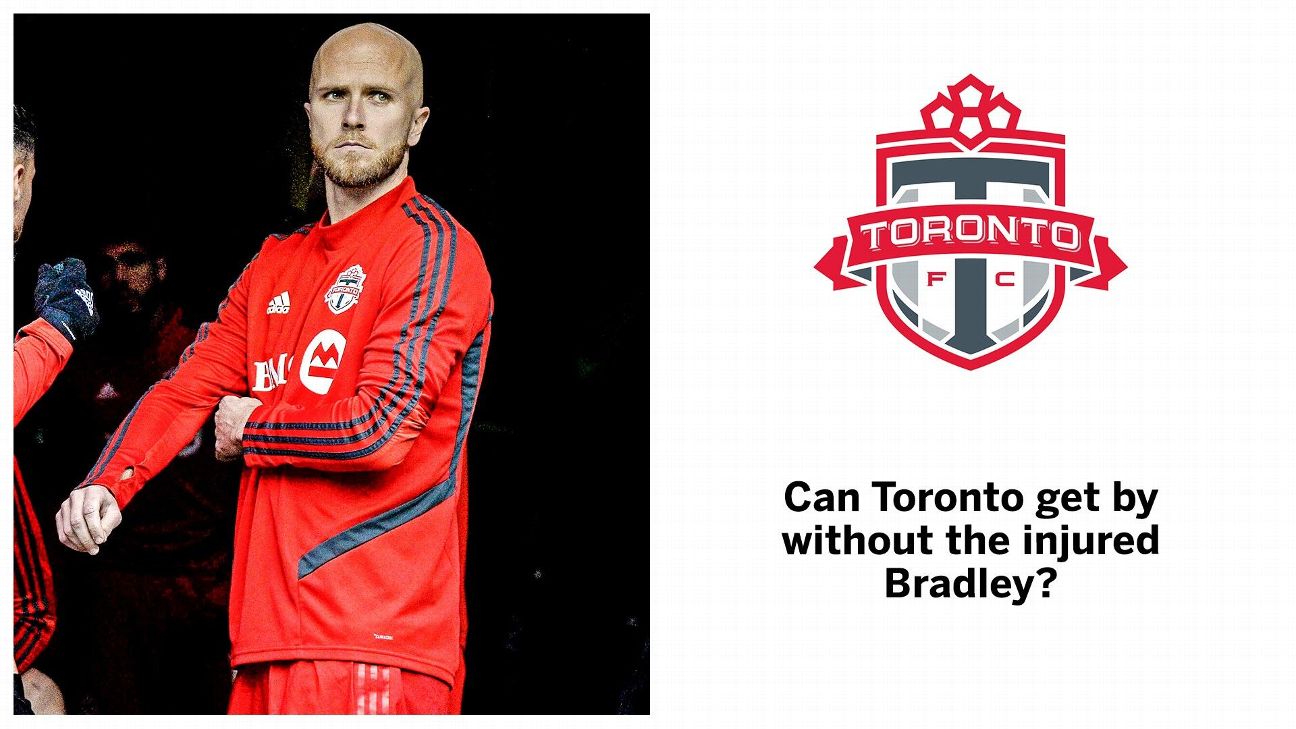 Toronto FC will be without Michael Bradley for the first three to four months, but the Reds will counter that with a forward line that has La Liga lineage in Jozy Altidore, Alejandro Pozuelo and Pablo Piatti. With most of the members of last year's team back, TFC should be able to withstand Bradley's absence. 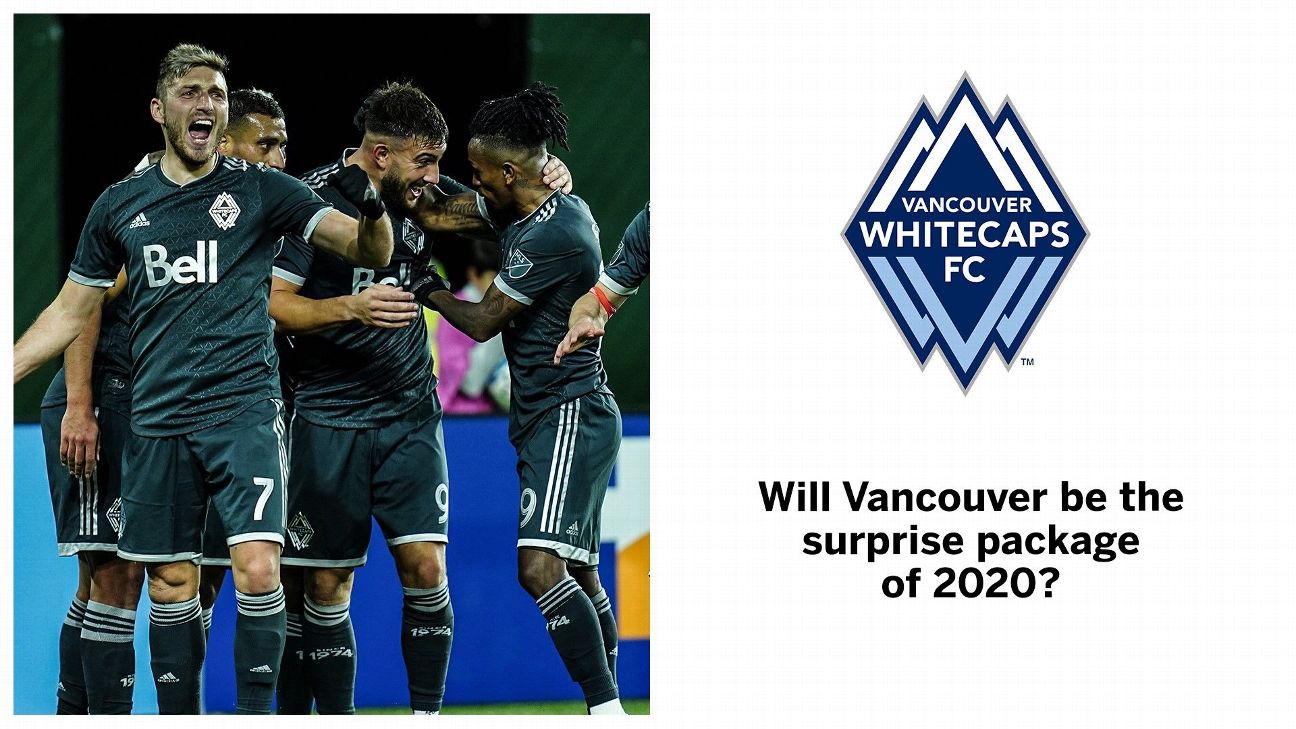 Lucas Cavallini is the splash signing Vancouver needed, and the former Puebla man should do well in MLS. The back line has been firmed up over the winter, and last year's experience should help coach Marc Dos Santos. Midfield is a question mark, however, and it might prevent the Caps from reaching the playoffs.