In this edition, Manchester United are linked with a slippery customer in midfield. Plus: The Champions League final could be on the move.

'The Octopus' on Man United radar

His agent, Bruno Carvalho Santos, met with United officials in January, and he has been fielding enquiries for the past few months. 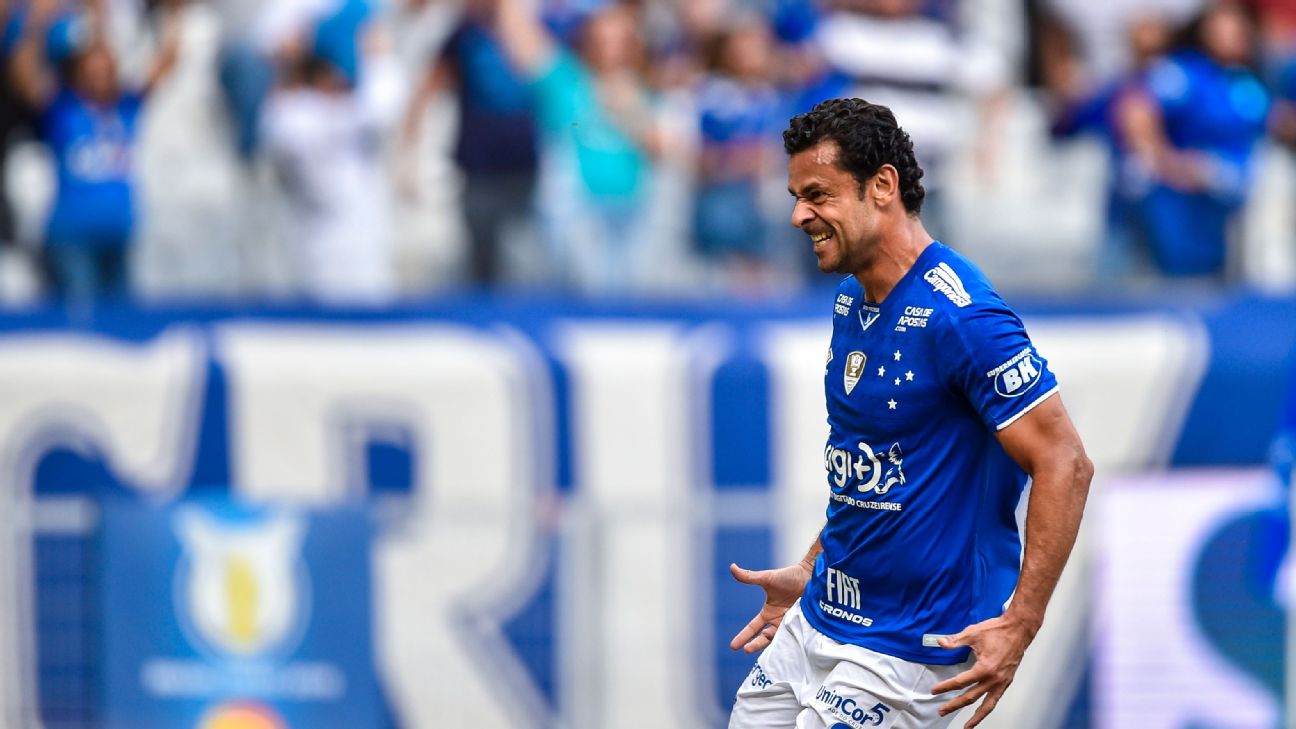 Florentino, who turns 21 in August, established himself as a starter at Benfica in the latter half of 2018-19, when he enjoyed a breakout season. This season, injuries in the first part of the campaign, a change in formation and the arrival of Julian Weigl form Borussia Dortmund in January limited his playing time, though that could change with the Portuguese league returning this week.

Bayer Leverkusen, Real Betis and Leeds United have also been credited with an interest, and his agent told ESPN, "Florentino is one of the highest rated young defensive midfielders in Europe, so there is a lot of interest in him at the moment.

"There has been a lot of talk about Milan, but I can tell you that there is a lot of competition for his services, with clubs in England, Germany and Spain also following him closely."

Florentino has a contract to 2024, but Benfica could be willing to let him go on loan, with an option to make the move permanent. -- Gab Marcotti

Houssem Aouar is attracting plenty of interest from clubs across Europe, with Manchester City and Chelsea keen on him, sources have told ESPN.

Having joined Lyon at the age of 11, Aouar was expected to leave Lyon last summer but decided to spend one final season at his hometown club, though he couldn't have imagined how it turned out.

The coronavirus pandemic led to the cancellation of Ligue 1 in France, and with Euro 2020 postponed until next year, Aouar has missed the chance to build on what was a promising campaign.

It has also been a setback for Lyon, who need to sell their top stars this summer to bring in more funds to improve the squad. They want around £45 million for the midfielder, who scored nine and set up a further seven goals in all competitions before football was suspended amid the pandemic. A starring role for Les Bleus this summer at Euro 2020 would have undoubtedly added to the 21-year-old's price.

-- The best players under 21: Where does Aouar feature?

Lyon are looking to cash in on Aouar, with Manchester City very keen on him. They see him as a replacement for David Silva, who will leave City when his contract expires this summer. Chelsea are also interested, and Juventus could target him. The clubs are especially impressed by his versatility, as Aouar can play in various positions across midfield.

As well as Aouar, Lyon are also looking to cash in on Moussa Dembele, who was one of Chelsea's top targets until they made a breakthrough in their pursuit of Timo Werner. -- Julien Laurens

Matondo: Players need to be as strong as McKennie

Rabbi Matondo praised Schalke teammate Weston McKennie and other players for their tributes to George Floyd.

On Thursday, Arsenal made a bit of history by organising the biggest online gathering of fans in football.

Hosted by British comedian and huge Arsenal fan Matt Lucas and broadcast on the club's channels, the evening raised money for their foundation, which funds a variety of projects.

The theme of the evening was "Do you remember the first time?" Players, legends and supporters reminisced about their first memories of Arsenal, their first games and players who left lasting impressions.

It was funny and poignant, all with the aim of getting the Arsenal family together in a challenging time. -- Julien Laurens

Sources have told ESPN that Germany is likely to step in as an alternate Champions League final host country amid doubts over Turkey's ability to take on European football's showpiece event.

The Ataturk Olympic Stadium in Istanbul could be stood down as this season's host during the next UEFA Executive Committee conference call on June 17. It had been due to host the final for the first time since 2005, but sources have told ESPN that the coronavirus has led to a number of issues being raised by the Turkish city. The game is expected to be moved elsewhere, with other locations under consideration.

International travel to Turkey is extremely limited because of the coronavirus pandemic, and sources have said the Istanbul authorities are focusing on more pressing concerns than staging a high-profile match between two foreign teams behind closed doors at the Ataturk. The loss of a multimillion-pound windfall from an influx of football supporters has also been raised as a factor in Istanbul's waning enthusiasm for hosting the final.

With the Bundesliga up and running again following the shutdown, Germany has emerged as a viable alternative. Bayern Munich's ongoing involvement in the competition might rule out the Allianz Arena as a potential venue, as those still in the Champions League would likely oppose hand-picking a ground from one of the quarterfinalists at the last eight stage.

The Europa League final is still expected to go ahead as planned in August in Gdansk, Poland. -- Mark Ogden

Julien Laurens explains why Mauro Icardi's permanent transfer to PSG could be an important deal.

The financial implications of the coronavirus pandemic are causing problems for Chris Smalling's proposed move to Roma, sources have told ESPN.

Manchester United are willing to extend Smalling's loan with the Serie A side until the end of the season, but the defender is keen to make the move permanent after impressing in Italy.

Smalling still has two years left on his contract at Old Trafford and would have to take a pay cut to help Roma finance a deal.

The COVID-19 outbreak has hit clubs across Europe, and Roma, fifth in Serie A, are in danger of missing out on Champions League football, which is likely to further reduce their options in the transfer market. -- Rob Dawson

A £1 billion fund put together by private financiers to help rescue English football is breaking up as the EFL waits for a government handout.

Sources told ESPN in April that a wealthy group, including at least one major United States bank, had formed an alliance to offer a facility to aid short- and medium-term cashflow issues for the clubs hit hardest by the pandemic.

Huddersfield Town owner Phil Hodgkinson has perhaps gone the furthest in outlining the gravity of the situation many face below the Premier League, claiming that "50 or 60" clubs could go bust if no fans are allowed in stadiums for the 2020-21 season.

Eighteen members of Parliament and two former Football Association chairmen last week wrote to the government, the FA and the Premier League to "save professional football in this country as we know it."

The EFL has recognised the severe difficulties ahead for many but has so far resisted any help from the private sector, in the belief that the government's £330 billion business support scheme will eventually extend to football.

Those state-backed loans are interest-free for 12 months, and the £1b package was offering funds with an annual interest rate in the region of 8%, lower than the market average of 12-14%.

There are understandable concerns that clubs might struggle to pay that money back in the longer term, but that is irrelevant if they cannot resist the more immediate cash flow pressures in the coming months.

At the moment, a game of brinkmanship is taking place. Some clubs are taking things into their own hands by exploring individual deals with lenders, but either the government needs to act or the EFL has to accept help from wherever it is available. Otherwise, English football will change forever. -- James Olley