In this edition, Barcelona blow their rivals out of the water for a 16-year-old. Plus: Manchester United's stance on Ansu Fati.

Barcelona are set to complete the signing of young Rayo Vallecano forward Fabian Luzzi after flexing their financial muscles to beat Real Madrid and Atletico Madrid, various sources have confirmed to ESPN.

Madrid and Atletico had both been in the race for Luzzi, but Madrid pulled out once they saw how much Barca were prepared to offer the Spain youth international. A source with knowledge of the figures involved would not confirm the full details to ESPN but said Real Madrid would never pay that much for an academy player.

Luzzi, 16, has been tracked by several of Europe's top clubs, and while he hasn't made his full debut for Rayo, he has been training regularly with the first team. 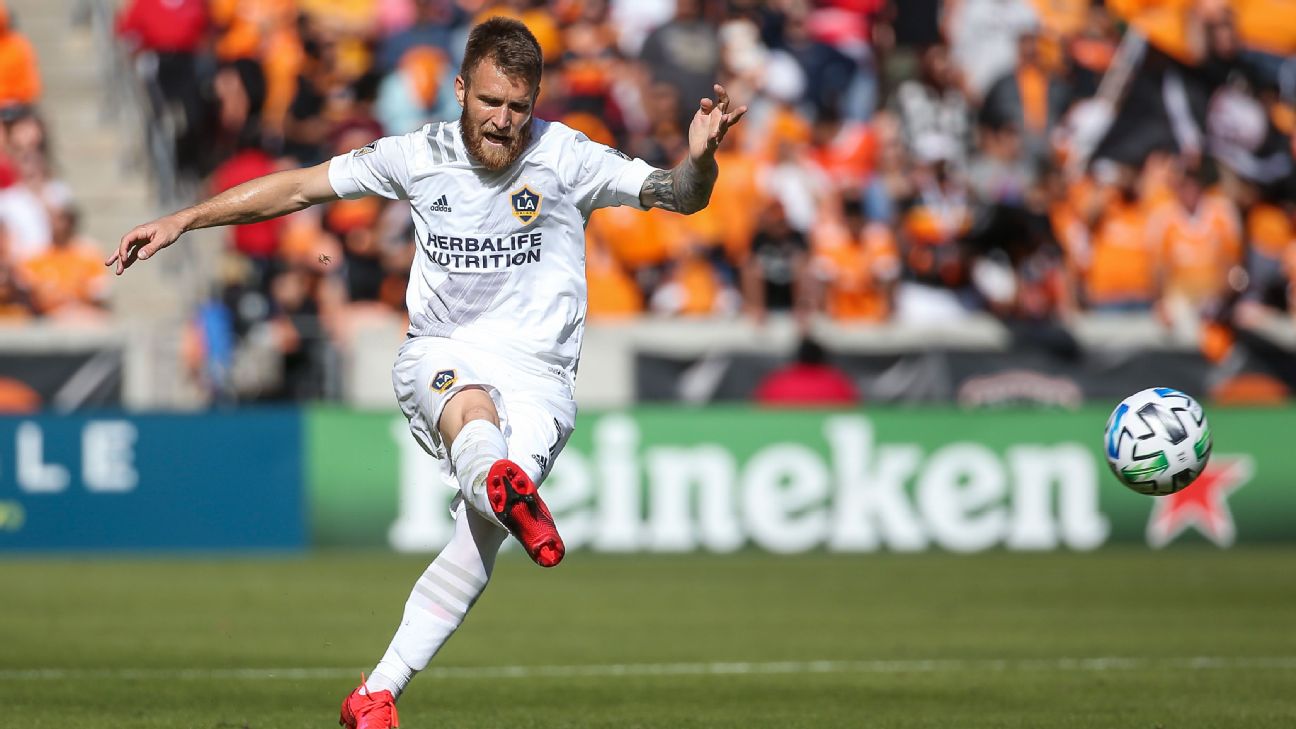 • Galaxy sack Katai for wife's social posts
• McKennie's George Floyd support in match
• Liverpool vs. Everton set for June 21
• MLS is Back Tournament to kick off July 8
• Ronaldo is first $1b footballer - Forbes

The teenager has still not signed a deal with Barca, who will have to pay Rayo only a small amount in development rights, but sources say he has committed to joining the Catalan club this summer.

Barca are prepared to pay big to secure young talent. Last year, they accidentally emailed Ilaix Moriba's contract offer to Espanyol, who were left "gobsmacked" at the figures being offered.

Once Luzzi signs, he will join up with Barca's under-19 team with an eye on progressing to the B-team, who could be promoted to the second division when they take part in next month's playoffs. -- Sam Marsden and Moises Llorens

Manchester United have watched Ansu Fati's progression into the Barcelona first team, but there is an acceptance he will remain with the Spanish giants despite rumours of a £100m bid, sources have told ESPN.

United and other Premier League clubs that have monitored the forward expect him to agree to a contract extension at Camp Nou after breaking into the senior squad this season. Sources have told ESPN that United are also wary about how agents often use their name in the transfer rumour mill when discussing new contracts with their clients and existing clubs, as a way of drumming up interest in them.

- The best players under 21: Where does Fati feature?

Barcelona are hoping to fund any transfer business by selling players surplus to requirements, such as Philippe Coutinho, but Ansu, who has made 24 appearances in all competitions this season, is unlikely to fall into that category.

Ansu, 17, signed a new contract in December that runs until 2022 and includes a €170m release clause. However, once he's officially promoted to the first team -- he's still technically registered with the B-team -- the terms will be extended until 2024, and the clause will increase to €400m.

Sources at the Catalan club say the plan is for him to become a full part of the first team next season, but he will remain registered to the B-team for now and could feature in the third-division playoffs, which will take place in July. -- Rob Dawson and Sam Marsden

Werner's release clause not set yet

Release clauses are supposed to simplify transfers, but Chelsea have still had to negotiate with RB Leipzig over their imminent purchase of Timo Werner.

The two-month delay in Bundesliga matches caused by the coronavirus pandemic has created a curious situation where player contract clauses influenced by league finishing positions are now expiring before the season has actually finished.

Werner's fixed price expires on June 15. However, the exact figure a buying club would have to pay Leipzig depended on whether they won the title, qualified for the Champions League or missed out altogether.

The fee could have been as high as €60m or as small as €50m. With all parties keen to reach an agreement, Chelsea and Leipzig entered into negotiations, which essentially constituted a guessing game over his exact value given the outstanding fixtures.

Leipzig are 11 points behind leaders Bayern Munich with four games to play. But they sit in third place, three points ahead of Borussia Monchengladbach in fourth and Bayer Leverkusen in fifth with this season's Champions League quarterfinal to come.

Sources have told ESPN that while Werner quickly agreed to personal terms on a five-year deal worth up to £200,000 a week, the two clubs took considerably longer to finalise the precise fee Chelsea would pay.

They are thought to have settled on €53m, €2 million less than if Leipzig qualified for the Champions League but €3 million more than if they missed out altogether.

Now, all that is holding up the deal is the location of Werner's medical. He cannot fly to London due to the Bundesliga's regulations regarding COVID-19 and Chelsea's doctors are reluctant to travel to Germany because they would have to quarantine themselves for 14 days upon returning to the United Kingdom.

The issue is yet to be resolved, but all parties expect the deal to be completed. -- James Olley

David Silva is considering a move to Major League Soccer when he leaves Manchester City at the end of this season, sources have told ESPN.

The 34-year-old midfielder has confirmed he will leave the Etihad this summer, 10 years after being signed from Valencia, and is considering offers from the United States, Japan, Qatar and Spain before making a final decision on his future.

But while the World Cup winner has previously made no secret of his desire to play for Las Palmas, the Segunda Division club from Silva's native Canary Islands, sources have told ESPN he is also keen to experience a new culture.

Silva had initially favoured a move to the J-League, where he was the subject of interest from Vissel Kobe, the club that employs former Barcelona midfielder Andres Iniesta.

But with Inter Miami and New York City -- City's sister club within the City Football Group -- also interested in taking Silva to MLS, sources have told ESPN the player is now favouring a move to the U.S. before potentially seeing out his career with a move to Las Palmas. -- Mark Ogden

As Marseille look to cut costs amid the coronavirus, Dimitri Payet has been reluctant to accept a reduction in his £130,000-a-week wage ... because he says he has bills to pay.

Marseille's president, Jacques-Henri Eyraud, has been trying to get his players to take a pay cut to ease the financial difficulties at the club, which were in a precarious situation before the coronavirus pandemic hit and Ligue 1 was cancelled.

However, the players, represented by Steve Mandanda, Florian Thauvin and Payet, have so far rejected all propositions made by Eyraud and his team.

Payet has been the most vocal about it. And the former West Ham star, 33, has justified his decision by saying he could not take a pay cut because "I have a family and I have important bills to pay."

He also said he has to defend his own interests and his family's interests. However, his explanation has been met with anger among fans in Marseille and the rest of France. -- Julien Laurens

Pep's No.2 in curious exit story

Manchester City's appointment of Juanma Lillo as Pep Guardiola's assistant has raised some eyebrows among the club's rivals.

Lillo replaced Mikel Arteta at the Etihad Stadium after his contract with Chinese side Qingdao Huanghai was terminated "by mutual consent." One of the reasons given by Qingdao Huanghai was the ill health of Lillo's mother, only for the 54-year-old to sign a one-year deal at City shortly afterward.

Sources have told ESPN that Lillo's future at City is linked to Guardiola, who has one year left on his deal and hasn't yet confirmed his future plans. -- Rob Dawson