If it weren't for the injuries he sustained in a 2001 car accident, boxing legend Roberto Duran says he still would be taking on all comers even today, at 55. Arguably one of the best pound-for-pound fighters of all-time, the Panamanian won world titles at four different weights and fought in five different decades. One of sports' international Latino superstars, Duran finally retired in January 2002, ending his career with a 103-16-0 record, including 69 knockouts.

Now a boxing promoter, Duran recently visited ESPN. The man regarded to have Manos de Piedra (Hands of Stone) reflected on the state of boxing today, his stable of fighters, what he would do as boxing's "commissioner," how he would beat Floyd Mayweather and his feelings about New Orleans and the Superdome -- where he lost a November 1980 rematch with Sugar Ray Leonard, whom he had defeated in Montreal just five months earlier. Duran, who maintains he never said "No mas" in retiring after eight rounds of his second fight with Leonard, reveals that of his three fights with Leonard, the infamous New Orleans battle is not the fight he would restage, if he could.

ESPN.com: Is there anyone who reminds you of yourself?

ESPN.com: No one with the same courage, same style?

ESPN.com: Who impresses you?

Duran: Nobody stands out right now. Everybody has similar styles. None of these fighters have reinvented the wheel and created a new style.

ESPN.com: What are your feelings about New Orleans in the wake of Hurricane Katrina, 26 years after you fought Sugar Ray Leonard [in a rematch] in the Superdome?

Duran: Louisiana always has been a state where people go to have fun. When I saw the all of the images on the news and I saw all the communities devastated, and heard the people say that the rebuilding process was going to take many, many years, I was very saddened by that.

And now you see the images of New Orleans and Mississippi and the Gulf Coast and you see that they have rebounded and they're getting themselves together. Even in Biloxi, Miss., where they were saying a lot of the casinos were going to shut down permanently, I've heard right now that they're going to be rebuilding.

ESPN.com: What does New Orleans mean to you?

Duran: When I fought Leonard [there], I was just passing by. But then I went to Mardi Gras. It was like being in Vegas. People were having fun.

ESPN.com: If you could have one chance to do one of your fights over again, which fight would it be and why?

Duran: There would be four. Vinnie Pazienza, [Hector] Camacho, Leonard and [Thomas] Hearns.

If I could, I would fight that first Leonard fight again.

ESPN.com: The first Leonard fight? Why?

Duran: Because I would beat him more convincingly [Duran won by unanimous decision in June 1980]. [As for] The second one, I didn't have enough time to train. [Leonard won by an eighth-round TKO] 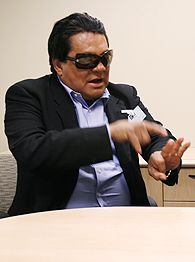 ESPN.com: Your car accident five years ago: How has that changed your perspective on life?

Duran: I really feel that if it wasn't for the accident, I'd still be fighting. I would have handled some of these fighters. I would have made sure that the doctors would have declared me physically sound; and after that, I would have trained.

Duran: I would have been stronger and faster.

ESPN.com: What injuries did you suffer that forced your retirement?

Duran: Eight broken ribs. A punctured lung. A broken nose. And I still have pain in my ribs. My doctors have told me that my lungs will never be the same. And since I can't breathe properly, I'll never be able to fight again.

ESPN.com: Has retirement been easier to handle than you thought, or more difficult?

Duran: Retirement hasn't been hard or easy. But with retirement, I'm enjoying my new career with DRL. Currently, I'm working with a company called DRL Promotions with my partners Dan Wise and Luis De Cubas. We're currently representing over 30 fighters. Some of the memorable names are Joel Casamayor, who's fighting for the [Ring/WBC lightweight title] on Oct. 7 at the Mandalay Bay [in Las Vegas]; [welterweight] Julio "Baby Face" Garcia, who's one of the rising Mexican prospects; [lightweight] Mike Anchondo and [welterweight] Richard Gutierrez.

ESPN.com: Are you still singing salsa, and what do you think of Oscar De La Hoya's singing?

Duran: De La Hoya doesn't know about salsa. He should keep on singing mariachis and leave the salsa to me. I'm good at salsa.

ESPN.com: Have you watched [ESPN's] "The Contender" and are you impressed by any of the fighters there?

Duran: Very little. Too much drama, not enough fighting.

ESPN.com: If ["The Contender" host] Sugar Ray Leonard asked you to make an appearance on the show, would you consider it.

Duran: I would do a guest appearance. Yes, we're good friends. We get along very well now. I consider him my friend now, after all these years.

ESPN.com: If there were such a thing as one commissioner of boxing, and that person was empowered to rule the sport and you were that person, what would you change to improve boxing?

Duran: I would take out the old referees, the ones that have been refereeing all of these championship fights, and recycle them with some new blood. Some of the old refs have favoritism toward some of the fighters that are currently fighting. There should be a changing of the guard with the refs, the same way there are with fighters.

ESPN.com: Besides boxing promotion and singing, what else are you doing these days?

ESPN.com: When you think of Muhammad Ali, what thoughts come to mind?

Duran: I've practically known him all of my life. [laughs] 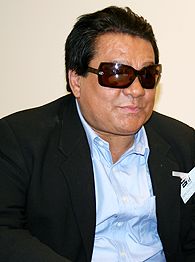 ESPN.com: When you see him now, what thoughts come to mind?

Duran: I get saddened when I see him. After living such a lively life and always being charismatic in front of people and in front of the camera and now seeing the way he is, I am saddened by that. I ran into him a couple of years ago in an autograph session. I was watching him sign his autograph and he was making some gestures and I knew what they meant. They were gestures that him and I had for each other and so I knew what they meant. But I was saddened by his appearance.

ESPN.com: In "Rocky Balboa," Sylvester Stallone portrays Rocky as a 50-something boxer returning to the ring for one more fight. If your doctors gave you clearance to the return to the ring, would you do it and who would you fight?

Duran [laughing]: Mayweather. If I had the medical clearance to fight, I would want to fight the best. The best would be Mayweather.

ESPN.com: How would you fight Mayweather?

Duran: His same style. The smart fighter fights the same fight as his opponent. And as the later rounds come by, he makes adjustments and that's when his strengths come in. He wouldn't touch with me with his jab.