The fighters, who were introduced to media in Miami this week, snuck away from a hotel in Venezuela, where they were training for the Pan American Games, and made their way into neighboring Colombia. Eventually, they made their way to the United States with the help of Miami-based attorney and manager Tony Gonzalez.

They're expected to turn pro in mid-April, according to Gonzalez, who also has represented former welterweight champ Ricardo Mayorga. 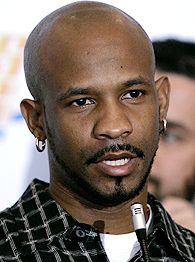 "I am delighted it all worked out. The fighters arrived in the United States safely and see the beginning of their professional careers on the horizon," Gonzalez said.

Their pro debuts will take place in heavily Cuban Miami in a joint promotion with Tutico Zabala's Miami-based All-Star Boxing.

Solis, a decorated amateur from Havana, said he had nothing left to accomplish as an amateur and that he yearned for the challenge of professional boxing.

"After winning every major amateur title, I knew that I only had one last challenge, and that was becoming heavyweight champion of the world," said Solis, a three-time world amateur champion and two-time Pan American Games champion. "I feel a loss leaving my country but I am ready to turn professional and work toward obtaining that goal."

All three were favorites to repeat their gold medal victories at the 2008 Olympics in Beijing.

Solis, like Gamboa, left behind children. Gamboa, of Guantanamo, told the media that financial hardships in Cuba forced him to sell his Olympic gold medal last year to help him pay for his 2-year-old daughter's first birthday party.

"We are extremely excited about finally beginning our professional careers. It has always been a dream of mine to become a world champion and now I have a strong chance to make that happen," said Barthelemy, of Havana.

Cuban defectors have been hit or miss as pros. The most successful fighters from a group of Cubans who defected in the 1990s are Joel Casamayor, a 1992 Olympic gold medalist who won junior lightweight and lightweight titles, and Juan Carlos Gomez, who had a 1998 to 2001 reign as a cruiserweight world champion before moving up to heavyweight.