ELMONT, N.Y. -- When Billy Turner smiles, his clear blue eyes sparkle and crinkle at the edges. His laugh is hearty now -- a guffaw, almost.

Nearly 30 years ago, on June 11, 1977, William H. Turner, Jr., then 37, was not smiling or laughing. Hours after Seattle Slew, the horse he trained, had won the Belmont Stakes to become the 10th horse in history to win Thoroughbred racing's Triple Crown, Turner went into an empty barn stall and cried.

"It was such a relief that I had pulled it off," recalls Turner, sitting in an easy chair in the apartment he shares with his wife, Pat, in Garden City South, fewer than eight miles from Belmont Park. "I was under that terrible, terrible pressure. You've got the best horse, but the best horse doesn't always win."

Turner showed such patience with "The Horse," as he called Slew, that he often drew criticism from the media and even from Slew's owners about some of his training methods. Yet he accomplished what few trainers have done and what every trainer with a horse in this year's Kentucky Derby, on May 5, aspires to do. Three decades later, after battling alcoholism and training his share of mediocre horses, Turner still is trying to consistently find the winner's circle at the level he once dominated.

"The first thing people ask me when they see one of my horses is, 'Is he as good as Seattle Slew?'" Turner says. "That's not fair to the horse."

Years after the Triple Crown victory, Turner went to Three Chimneys Farm in Kentucky to visit the retired Slew. Turner was talking to the farm manager, when he heard a low nicker as Slew made his way over to the door.

"He brought a tear to my eye," Turner says.

Turner was able to visit Seattle Slew again before the horse died at age 28, five years ago. The photographs, commemorative cartoons and scrapbooks in the Turners' apartment honor the horse's memory year round, but Turner acknowledges he thinks about Slew and his accomplishments more in late spring, before the Triple Crown races.

"He was majestic," Turner says. "He knew he was the best. He didn't have to flaunt it. He made other horses step back with never a word said."

Leading up to the 1977 Kentucky Derby, horseracing columnists speculated that Turner had been too easy on Seattle Slew, undefeated at the time but still considered untested by many. Turner and Mike Kennedy, the exercise rider who helped train Slew, knew the horse had a lot of energy and didn't waste that energy as much on breezing, or pushing Slew to go as fast as he could, during workouts.

"If it hadn't been for Kennedy and Turner, he would have been a nut case," jockey Jean Cruguet said of Slew, whom he rode through the Triple Crown. "He would have been a speed ball," Cruguet added, referring to the term for a horse who relies only on speed.

Turner, a self-described "country boy," began breaking ponies -- or getting them used to the idea of being ridden -- when he was 11 years old on a farm not far from his home in Towanda, Pa. He was a steeplechase rider through his college days at Emory University, but when he grew six inches between his 18th and 19th years, he knew his days as a rider were limited. To compete, he lost weight before races and grew too weak to be an effective rider.

He started drinking alcohol instead of eating to keep his weight down. The steeplechasers were a wild bunch, Turner recalls.

"You worked hard, you rode hard and you drank hard." 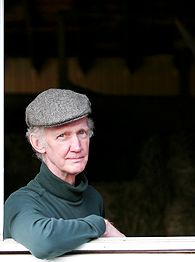 As the pressure of the 1977 racing season began to build, Turner continued to drink. A self-described "maintenance drinker," he says he drank every two hours on the hour, his first concern everyday being where he could get alcohol.

"Back then, trainers drank a lot," he recalls. "Reporters drank a lot. One of the reasons I got so much press was that they knew I'd be in the bar. The reporters just loved me."

Over the six or seven days he was at Churchill Downs for the Kentucky Derby that year, Turner says, his bar bill was $12,000.

Turner was fired after a disagreement over Slew's schedule the fall after the Triple Crown.

Ten years later, things worsened. Turner says he was negative, paranoid and bitter about everything.

"The horses I could deal well with, but I couldn't deal well with people at all," he says. "Maturity stops where alcoholism begins."

By 1990, he was in the hospital, having lived on nothing but alcohol for days. His wife at the time sold the horses in his stable. A couple of Turner's friends he had helped into rehab a few years earlier in turn helped him enter rehab in Virginia.

"I'd lost my business," Turner says. "People lose their confidence in you. I lost my family, lost everything."

He worked on a farm in Virginia for six months while he regained his health and began building his business, first in Maryland then in New York in 1996 when he raced Punch Line, the "second-best horse" he ever had. Punch Line won every Grade 2 sprint stakes race in the state over the next two years.

"Once I got sober," Turner remembers, "just about all the people who were shying away from me -- boom. They were right back with me. Nobody wants to deal with a drunk."

Mike Kennedy, the exercise rider who helped Turner with Slew, retired in 1996, but he says he isn't surprised Turner still trains.

"Billy is what they call a true horseman," says Kennedy, 67. While most trainers keep written records of horses' workout schedules, Turner doesn't rely on a set schedule. "He'd go down to the barn and he'd pat [the horses] on the neck and talk to them," Kennedy says. "He'd know whether they were bright-eyed and bushy-tailed or a little dull."

Turner says he has been sober for 16 years and says he is lucky to have been able to beat the disease that almost killed him.

"The most challenging thing for me has been being able to overcome disappointment and trying to see the positive side out of a bad situation," Turner says looking out the window of the apartment, his voice catching for a moment. "You really hurt a lot of people without knowing it."

In 1998, Turner married his third wife, Pat, who has been galloping horses since she was 18. Pat Turner, 58, is now an assistant trainer in Turner's stable.

"Pat's the toughest owner I have," Turner says as they sit in the car near the Belmont training track. He shoots a playful glance toward the passenger's seat. Of the horse, he adds, "She's very hyper and incredibly opinionated. She's what we call the typical female of the species."

Says Pat, understanding Turner's dry sense of humor, but not willing to let him get away with a jab at her gender: "You might have gotten away with that in the 50s. Get with the program."

The two have not enjoyed the best of racing records over the past year-and-a-half and in early February had recorded only one win during Aqueduct's winter meet. In 2006, the Turners won half of the $1 million in purses they had the year before.

"I always know there's a good horse on the horizon," Turner says. "There always has been, and there always will be."

Later, he added, "In my drinking days, this down time would have done me in."

Turner's long, thin face fits his 6-foot-2-inch frame, which he always tops with what has become his signature, a newsboy peak hat. An olive coat rolled slightly at the cuffs keeps out the cold as he walks from stall to stall in his duck boots, checking on the 20 horses he keeps in Barn 44 on the backstretch at Belmont. The Turners share the barn with another trainer but have their own, heated office on their side of the barn that Rita, the barn cat, calls home when it's cold. A photo of Slew hangs on the office wall. Arnold the Armadillo, the barn's beloved clay animal, guards the door.

"There he is," says Turner, stopping to visit Introspect, a New York-bred sprinter who would run at Aqueduct Racetrack later that day. The brown horse with a black mane playfully nods his head from inside his stall. "He's a good fellow. What do you say?"

Introspect, now 7, joined Turner as a 2-year-old but had lost his past five races. Turner calls him "a very likeable horse," but the trainer's tone lacks the same admiration he still has for Slew.

Later that afternoon, the Turners arrived at Aqueduct a few races before Introspect was to run the six-furlong Hollie Hughes Handicap, a $72,425 stakes race for New York-bred horses in which he was the 5-2 favorite to win.

Introspect is no longer the antsy, almost hyper horse with whom Turner had talked earlier in the day. "Now he's intent," he explains, looking on as a groom leads Introspect for a few last strolls around the paddock before the race. "He's getting in his game mode."

"He takes his time and talks more to the horses than he does to the owners," Zorn says.

Turner trained his first winner, Salerno, 40 years ago, but he still gets nervous before a race.

"Especially when you've had a year like we've had so far," he says.

The horses shoot from the starting gate, and Introspect takes a brief lead before falling into fourth place. The sound of the track announcer's voice is the only noise in the film room where the Turners sit with a few others to watch the eighth race of the day. They focus intently on two TVs -- one showing a front view of the horses and one a side view of Introspect slowly moving into third place as the horses make the final turn.

Jockey Eddie Martin Jr., who had ridden Introspect to a fourth-place finish earlier in the year, streaks between Touchdown Kid and Ferocious Won to take the lead and holds off Ferocious Won to win by a head.

"Finally," breathes Turner, a smile on his face. The Turners walk out of the film room, down the hallway and outside to the paddock where some of Introspect's part-owners meet Turner with hugs and handshakes.
"William," a spectator shouts down from the railing overlooking the paddock. "Congratulations, buddy."

Turner waves and smiles -- his eyes have that familiar sparkle and crinkle at the edges -- and he joins Martin, the owners, his wife and the horse, though not "The Horse," for a picture in the winner's circle.

Elizabeth McGarr is a student at the Columbia University Graduate School of Journalism. She can be reached at enm2107@columbia.edu
.