Since 2004, the quintet of Roger Federer (16), Rafael Nadal (14), Novak Djokovic (nine), Andy Murray (two) and Stan Wawrinka (two) has won 43 of the possible 47 Grand Slam titles. It's the most credentialed fivesome in modern men's tennis history. FiveThirtyEight's Carl Bialik looks at some of the numbers behind the players' successes (numbers reflect matches through Wimbledon and are courtesy of tennisabstract.com and the ATP World Tour).

Battle of the aces

The Fab Five has beaten all other opponents 82.4 percent of the time over their careers. Against one another? Nadal has enjoyed the most success. 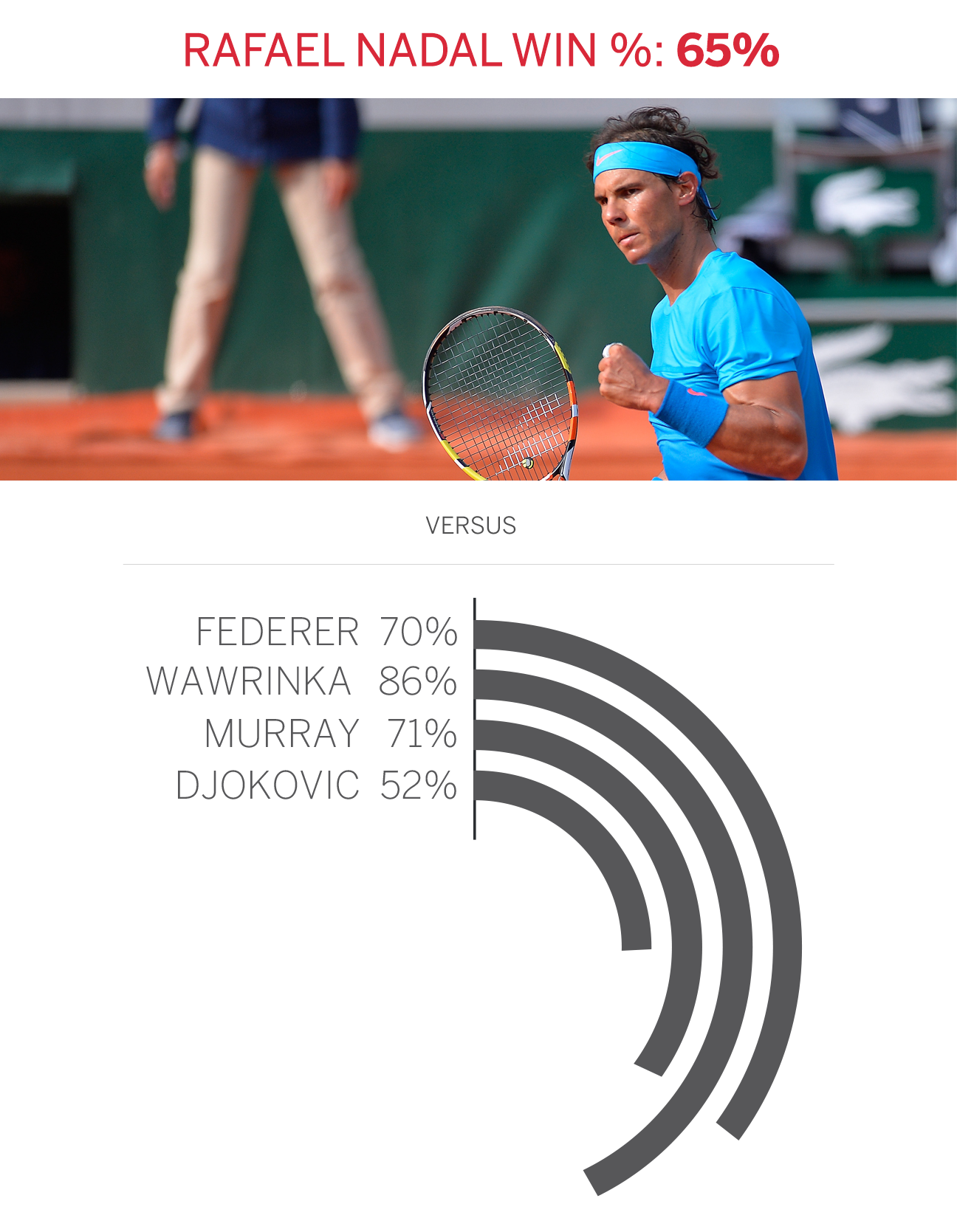 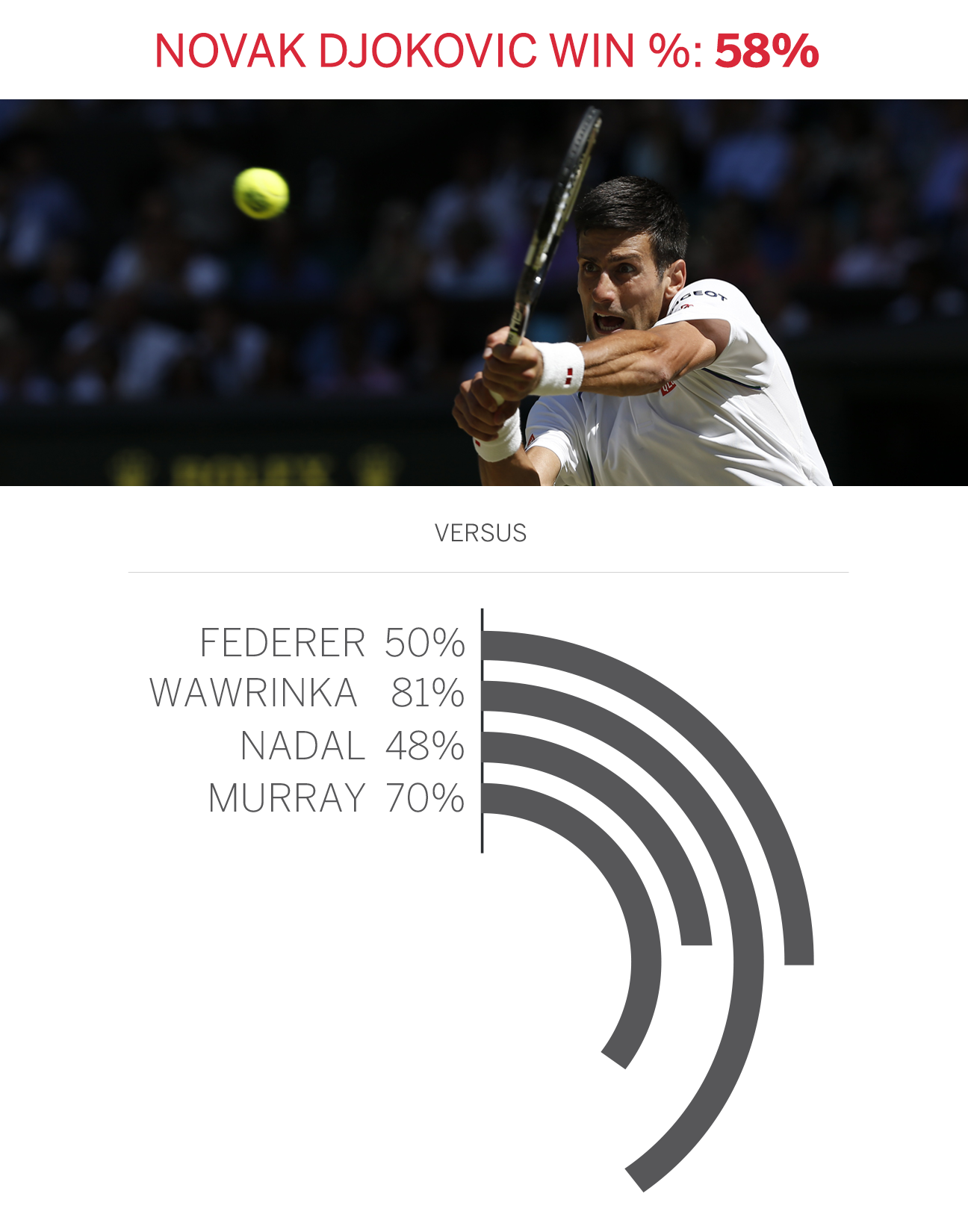 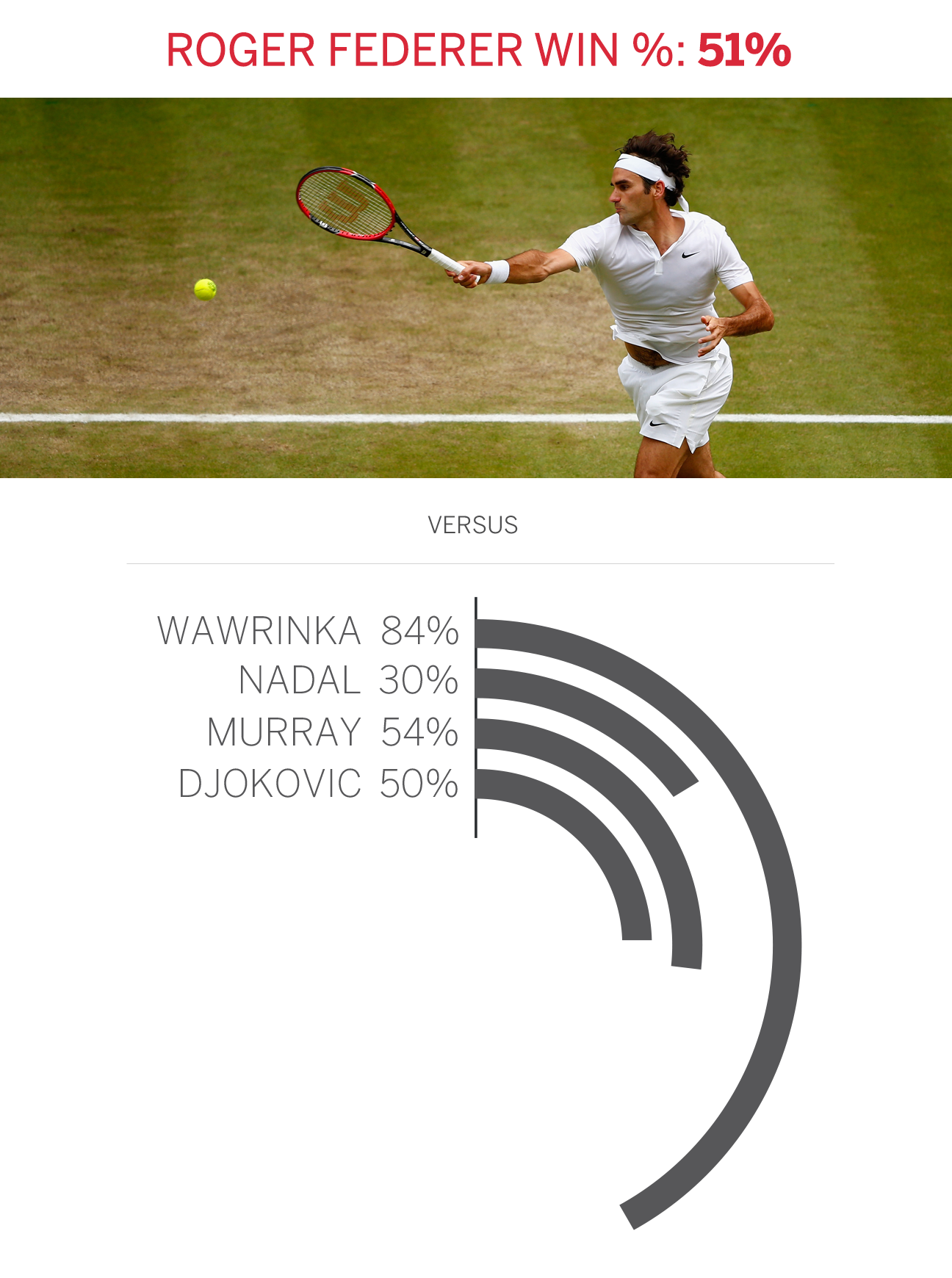 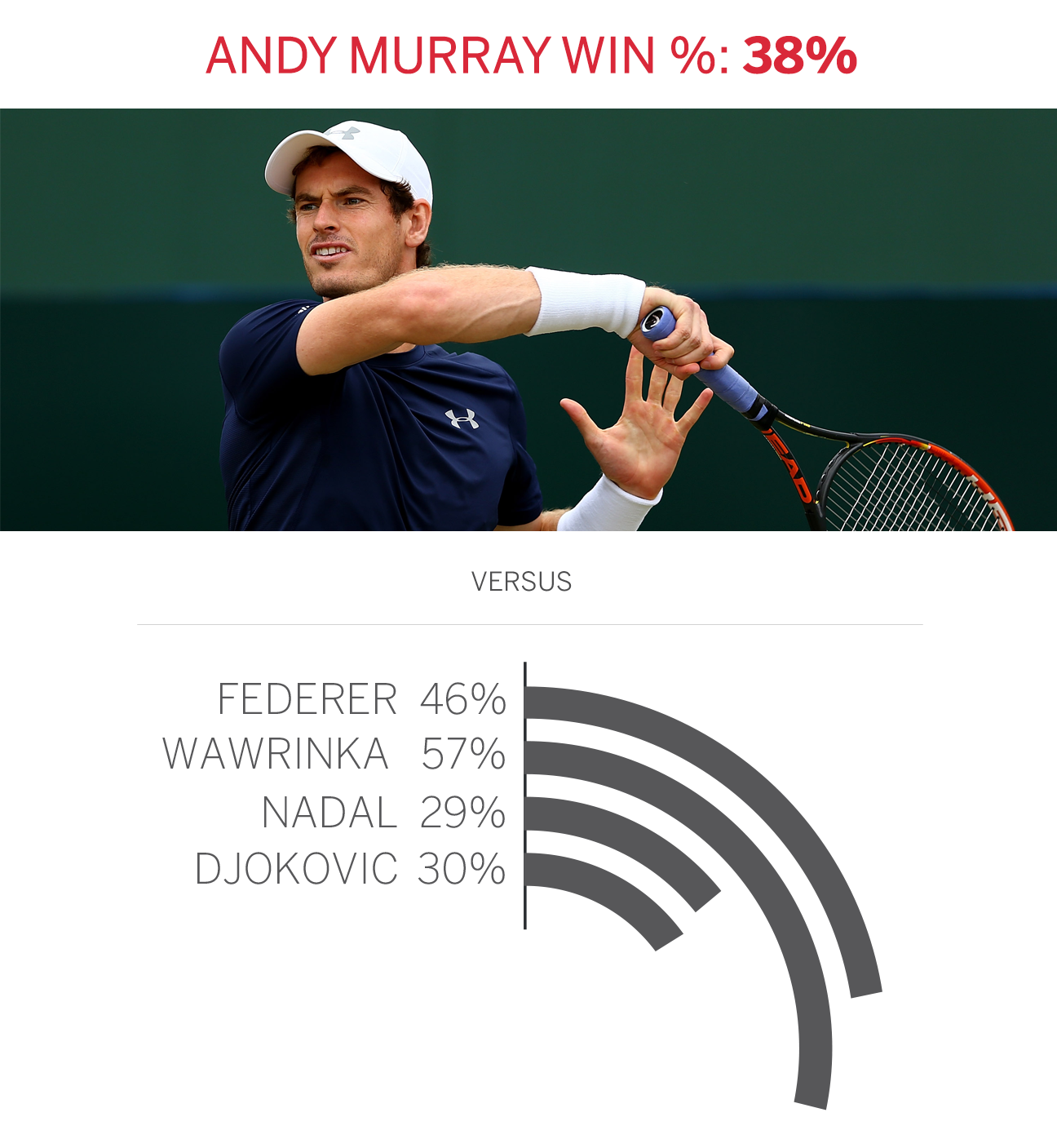 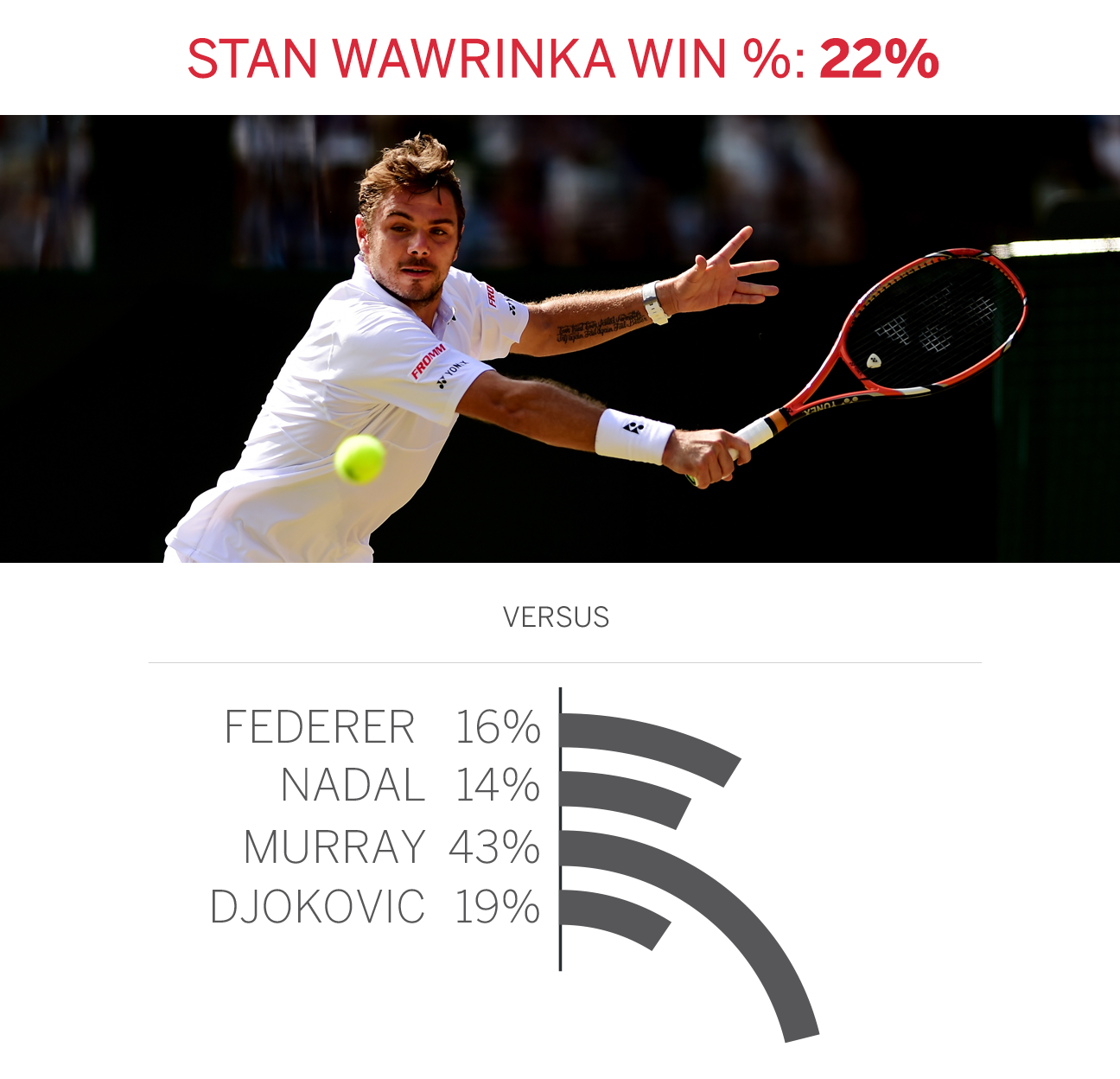 The rises, the falls ... and the rises

It took Federer, Nadal, Djokovic and Murray no more than six years to enter the world top 10. Wawrinka needed that long just to get to No. 30. But thanks to his breakthrough over the past two years, Wawrinka is now firmly a member of the group.

Each player's rise in the rankings 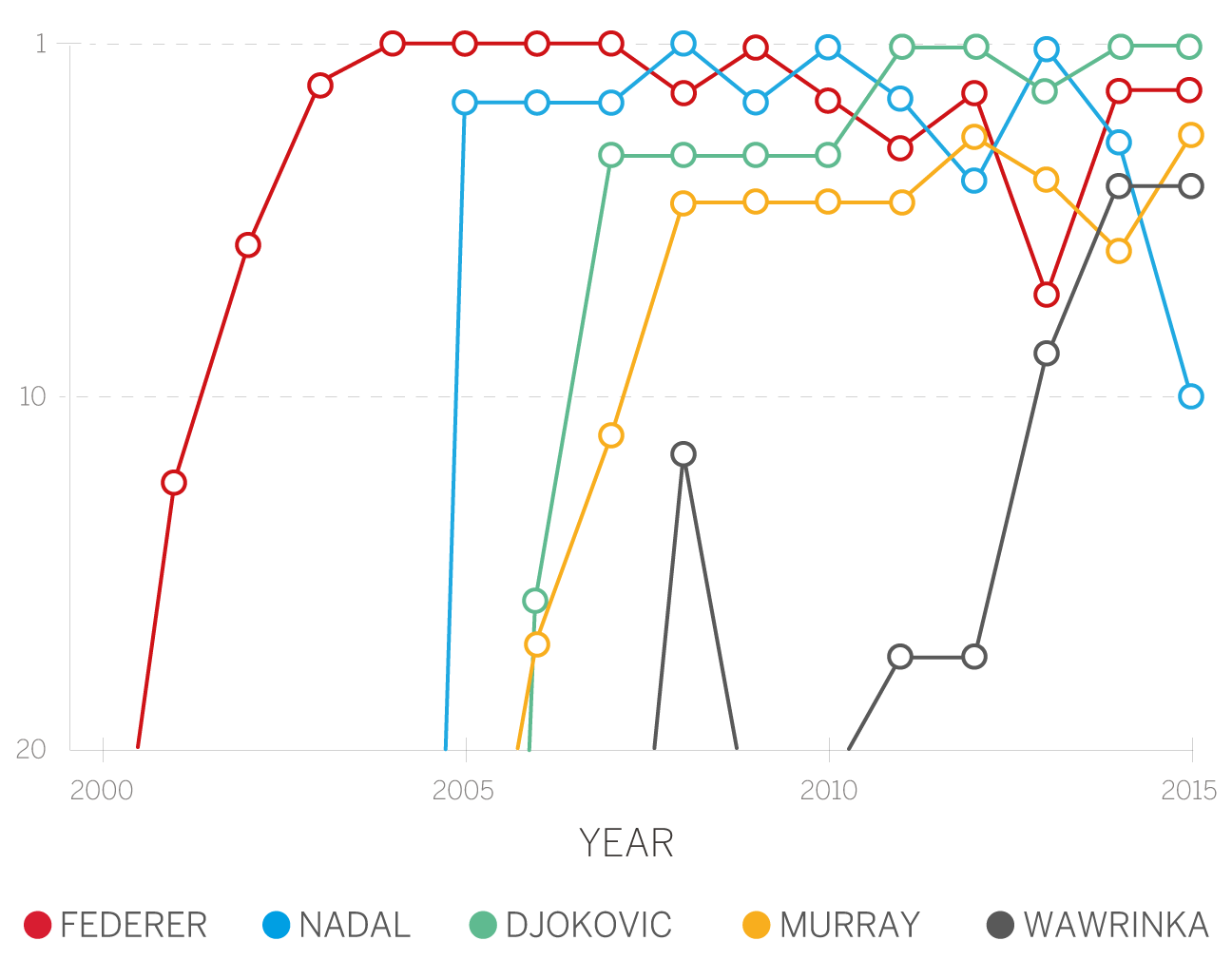 Not the first Big Five to come along

These top quintets include some of the sport's biggest legends. So how does the current generation stack up? 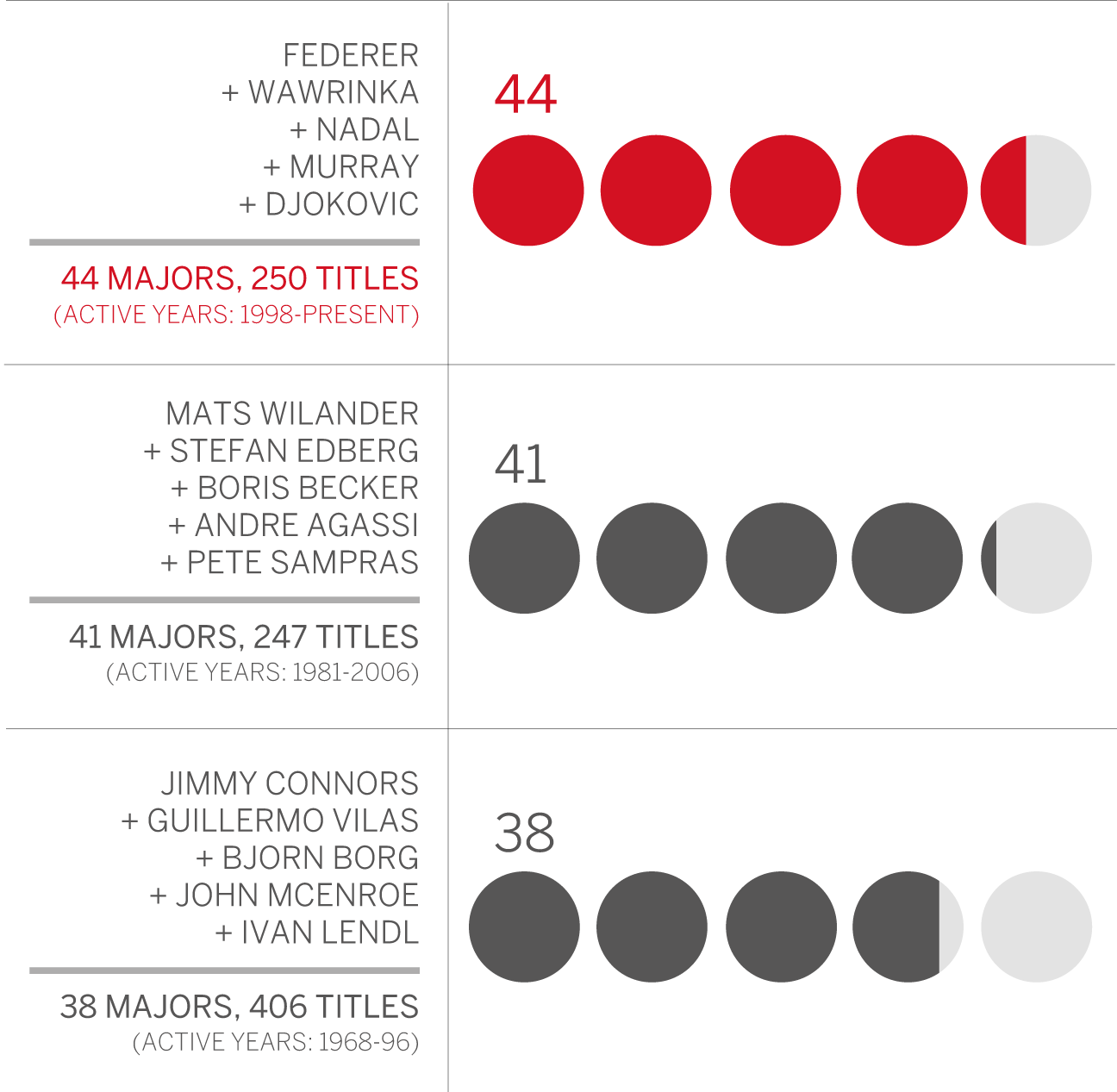 From power to accuracy, dominance has many different looks. But whether it's ace percentage or first-serve percentage, Federer and Nadal have been leading the Fab Five. 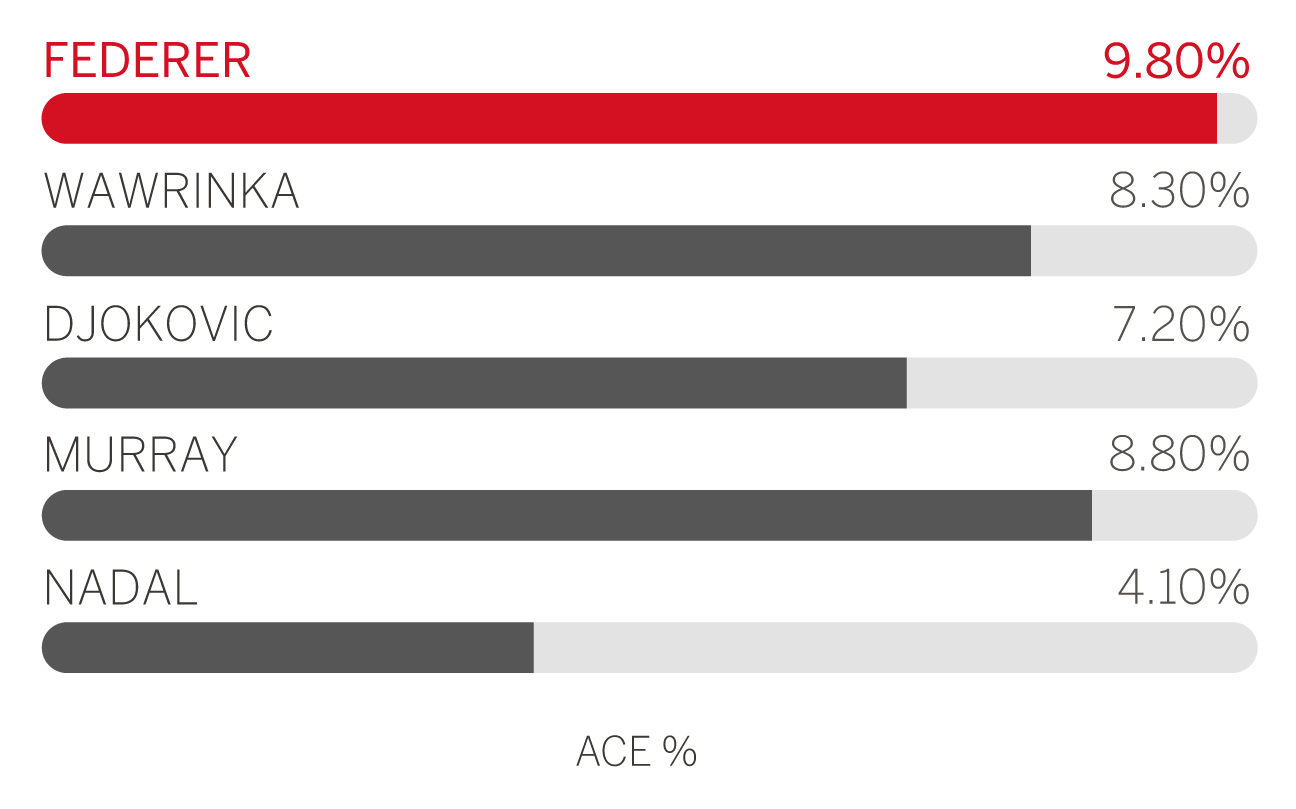 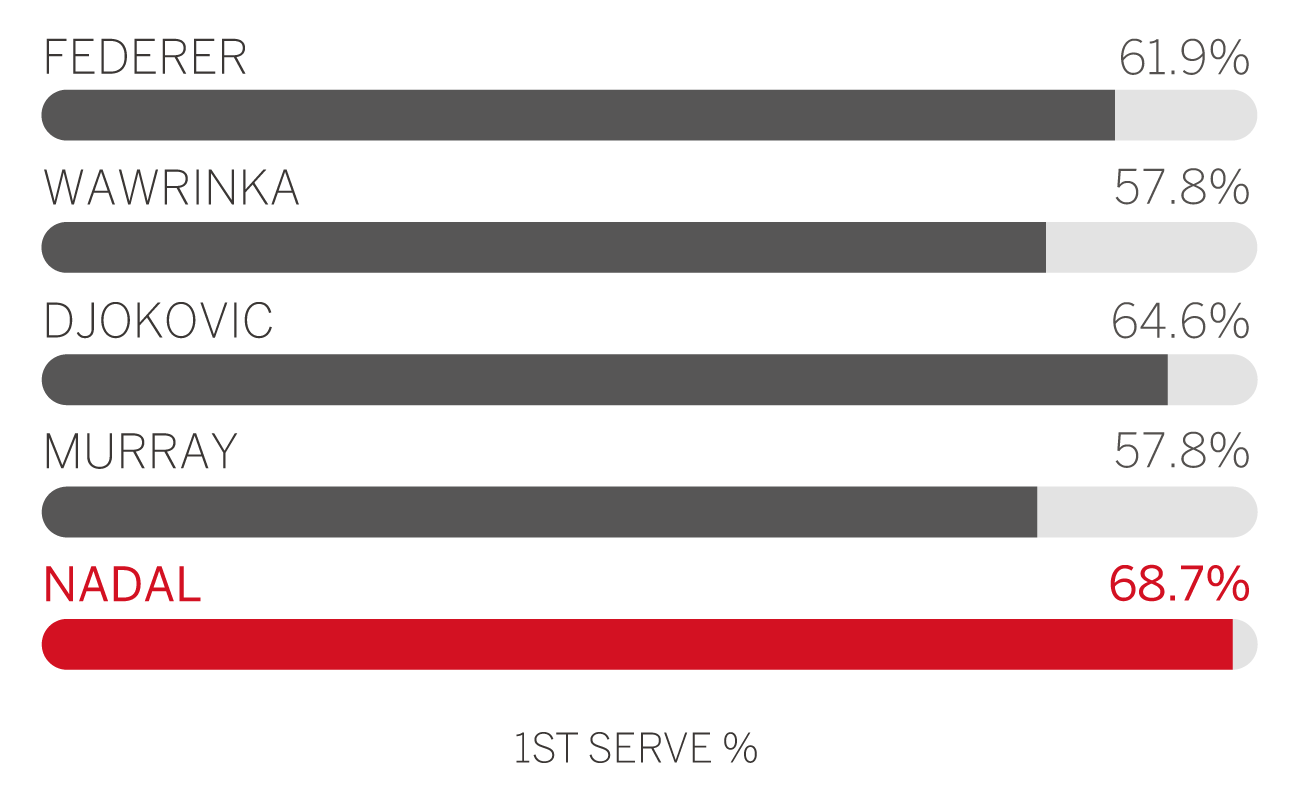 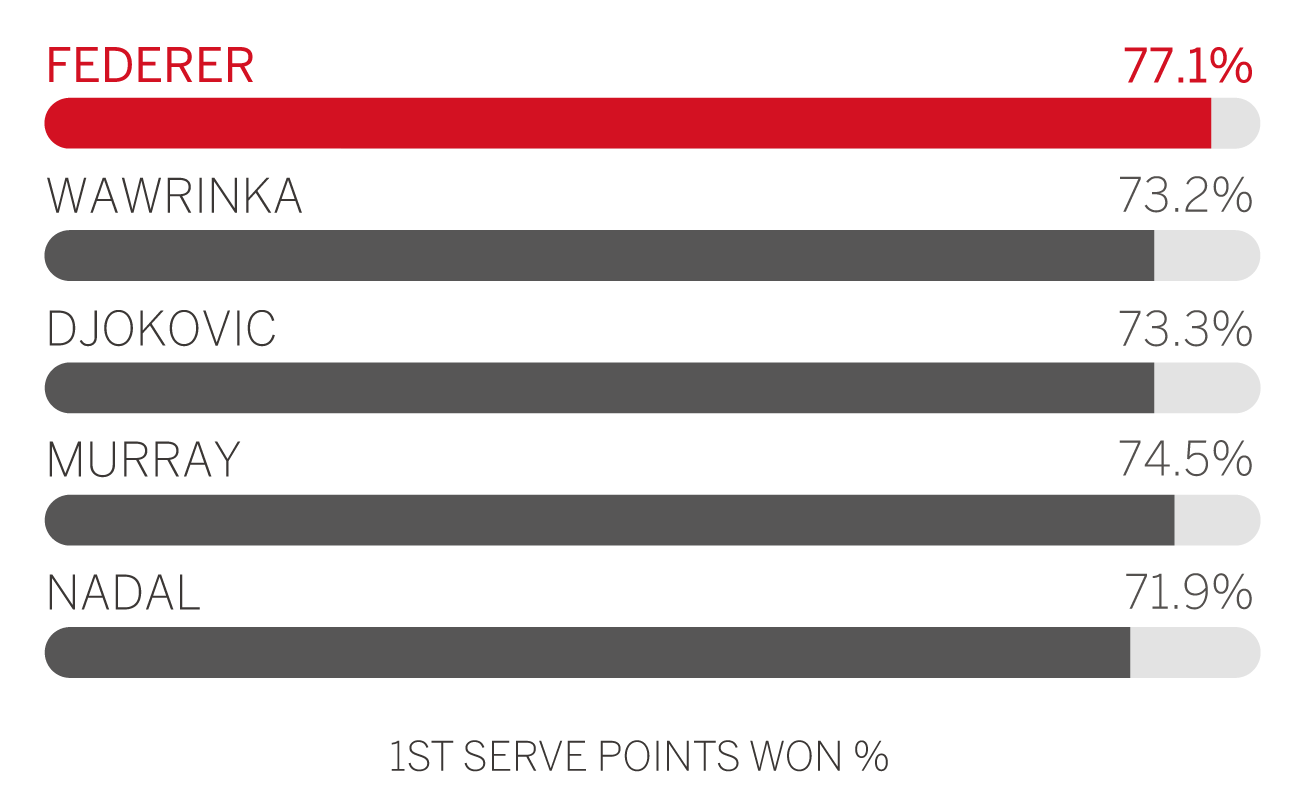 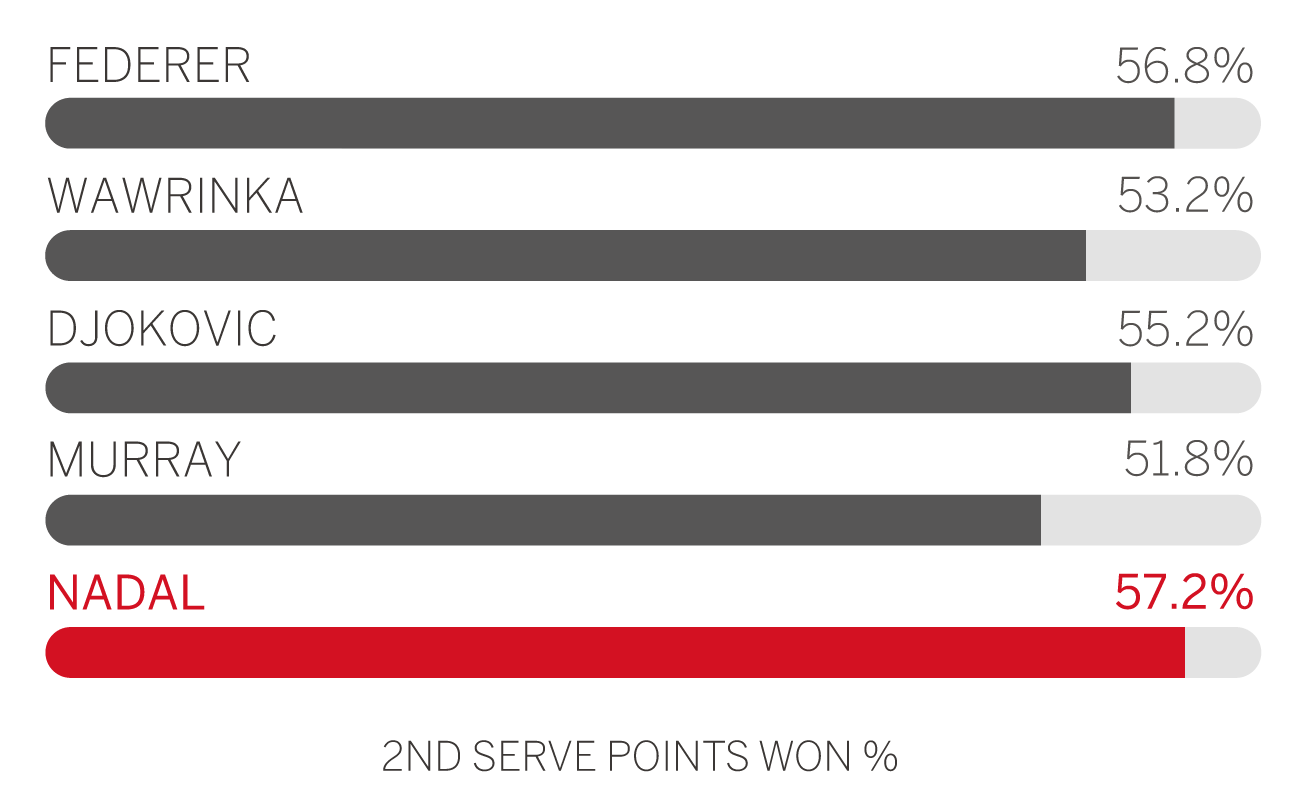 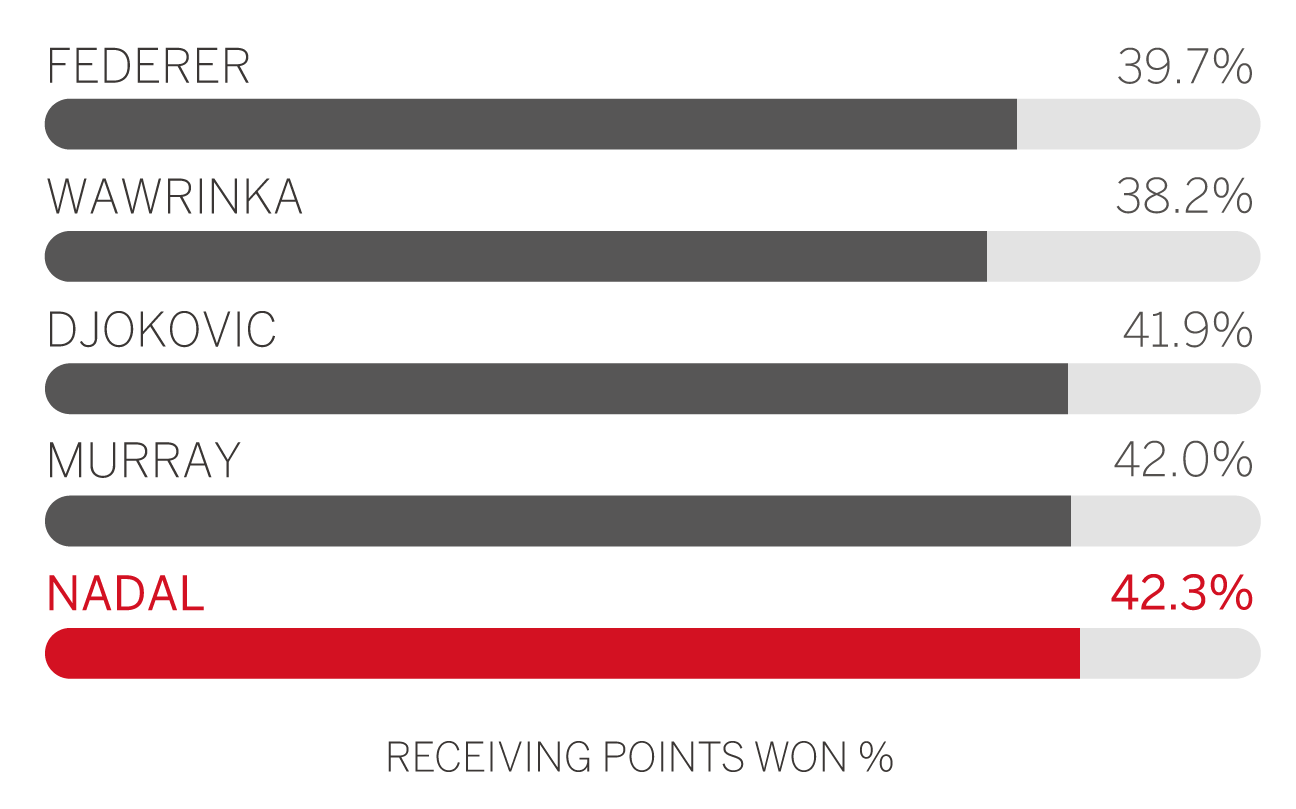