Not that I could get into too much trouble in Brownfield, Texas. It's a small, flat little place where everybody knows everybody. I wasn't going to get into anything without my mother finding out before I got back home anyway, so for the most part I just played with my three brothers. I'm the second-youngest of four kids, and whether it was basketball, football, riding bikes, cowboys and Indians, whatever my brothers were doing, I wanted to do. My mom would say, "No, you're a girl. You should be playing with your dishes, your dolls or things like that."

But that wasn't what I was interested in. It wasn't me.

My father wasn't around -- I've never met him -- but my brothers always looked after me. I'm especially close to my oldest brother, James. He was the first of the kids to graduate and go on to college. I won't forget how proud my mom looked when he crossed the stage. When I saw that, I knew that I wanted to follow in his footsteps.

Especially coming from a small town, and not having a lot growing up, and hearing people tell my mom, "Your kids will never grow up to be anything or anybody." James was always supportive of me playing basketball, from the time I was 7 on through high school, the championship at Texas Tech, the Olympics, the WNBA championships with the Comets. He was always there. Five years ago, when I told him I was gay, he only had one question: "Are you happy?"

My reason for coming out now isn't to be some sort of hero. It's not something that I want to throw in people's faces. I'm just at a point in my life where I'm tired of having to pretend to be somebody I'm not.

I'm tired of having to hide my feelings about the person I care about. About the person I love. Some people might say my coming out after just winning the MVP Award is heroic, and I understand that. And I know there are going to be some negative things said, too. But it doesn't change who I am. I can't help who I fall in love with. No one can. 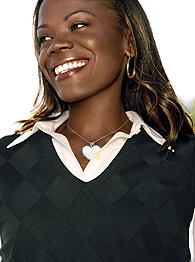 I didn't always know I was gay. I honestly didn't. Do I think I was born this way? No. And that's probably confusing to some, because I know a lot of people believe that you are.

I've been married, and I have an 8-year-old son. Being with a man was what I wanted. When I got divorced in 1999, it wasn't because I'm gay. I'm three years older than my ex-husband, and I matured a lot faster than he did.

My travel schedule was also hard on us. But I don't regret a thing. My marriage gave me my son, the love of my life. And his father and I are still friends and have joint custody.

Discovering I'm gay just sort of happened much later in life. My partner, Alisa Scott, was probably the best friend I had when I was going through the tough times in my marriage. She was a basketball coach, so we had a lot in common. She would ask, "Have you guys tried marriage counseling? Have you done everything you can possibly do to save your marriage?" And I just said, "You know what, I don't want to save my marriage. I don't. I'm done with it."

And so Alisa and I continued talking as friends. The thought of being intimate with her or any other woman never entered my mind. I've had plenty of gay friends I've hung out with, but that thought never entered my mind. At the same time, I'm also a firm believer that when you fall in love with somebody, you can't control that. Whether it's another woman. Whether it's another man. Whatever.

I think that's what happened to me, to us. Maybe it was just the fact that I needed that comfort. Or maybe she was there for me to talk to and I just got very comfortable being around her. Talking to her, seeing her spirit ... things evolved from there. That was eight years ago when all this stuff was happening, and we're still together.

I'm content with who I am and who I'm with. Whether people think that's right, whether they think it's wrong, I don't care. We shouldn't and can't judge each other. I am a Christian, and my biggest dilemma is when people start throwing in the whole religion thing: you're going to hell for this or that. I think that's the hardest thing for my mom to deal with, too. She's into the Bible and church, and I'm concerned about how she's going to deal with her church friends. What are they going to say? What are they going to do?

Five years ago, when I told my mom I'm gay, her reaction wasn't any different than I
expected. She just said, "I figured." I don't know exactly what that meant, but I could see the hurt and disappointment.

"Why?" she asked. "What did I do wrong?" I told her she didn't do anything wrong. This is who I am, and it's okay. I love my mom to death. I do. And I would never, ever, ever want to do anything to hurt her. I think she knows that.

But I'm tired of being miserable. Not being free to be who I am, not being OK with other people knowing who I am -- it has been miserable. And it hurts. I'm a very affectionate person. Going out to the movies or dinner, seeing so-called normal couples show affection in public and knowing that I can't, that hurts. It's frustrating to keep everything inside and not be who I want to be. I'm sure life is not going to be easier for me just because I'm coming out. But at least I'll be free.

I didn't sit down and say, "OK, this is the last day I'm going to be in the closet." It just sort of happened. Alisa and I booked a cruise with Olivia cruise lines, a company that caters to lesbians. We wanted some time away, around other people like us, somewhere we could be comfortable and not have to hide.

Then a friend of mine put me in contact with the CEO of Olivia, Amy Errett. She came out to L.A. when the Comets were playing the Sparks, and we talked. She asked if I would be the face of Olivia. I was like, "Wow, that's big."

Martina Navratilova endorses Olivia. Rosie Jones endorses Olivia. But I had to think about it. A few days later, I called Amy back and said yes. It's funny, when I booked the cruise I didn't even think about people seeing my name on this list full of lesbians. I guess I didn't care. I just felt like, if I'm going to do the cruise and I'm going to be the face of Olivia, why not just come all out?

I mean, you have Ellen DeGeneres and Rosie O'Donnell, but you don't have your well-known gay African-American who's come out. Not to my knowledge. I know it's not accepted in the black community. I know I'll probably take a lot of flak. But in all honesty, that's not my biggest concern.

My biggest concern is that people are going to look at my homosexuality and say to little girls -- whether they're white, black, Hispanic -- that I can't be their role model anymore.

I don't want that to happen. Being gay has nothing to do with the three gold medals or the three MVPs or the four championships I've won. I'm still the same person. I'm still Sheryl.

I think they should market to the gay community more. I understand why they don't. They don't know if everybody is going to accept it. But my thing is, money is money. As long as people are coming to the games and paying for tickets and filling seats, then I don't really care what color they are or what community they're from. 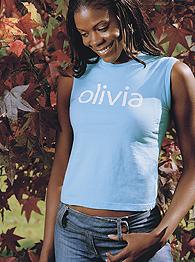 Most of the players around the league already know I'm gay, and I do feel like there's a sisterhood among lesbian players. We know we're not going to get the support from a lot of other people. But the talk about the WNBA being full of lesbians is not true. I mean, there are as many straight women in the league as there are gay.

What really irritates me is when people talk about football, baseball and the NBA, you don't hear all of this talk about the gay guys playing. But when you talk about the WNBA, then it becomes an issue. Sexuality and gender don't change anyone's performance on the court.

Women play just as hard as guys do. We're just as competitive. We're just as intense. There are so many other issues to discuss besides rumors about the WNBA being full of lesbians. And I think that's why we don't get the type of fan support we deserve.

I don't know if a guy will have the courage to come out while he is still playing because of the whole male-ego thing. Male athletes of my caliber probably feel like they have a lot more to lose than gain. I don't agree with that.

To me, the most important thing is happiness. I could have all the endorsements and all the money in the world, but if I'm not happy with who I am, that other stuff is not going to make me happy either. I know I've got to deal with the consequences of coming out, but I feel like I'll be able to be free.