You have to wonder what the trophy case at Sue Bird and Megan Rapinoe's place looks like, other than really, really big. The superstar athletes, who made their relationship public in July 2017, have been dominating their respective sports (Bird in basketball, Rapinoe in soccer) for over a decade. Together, they've got five Olympic gold medals -- along with plenty of muscle and scars -- to show for it. On the set of their recent Body Issue photo shoot, the couple sat down with ESPN's Jemele Hill to talk about battling injuries, having to kick their nutrition up a notch and who would win in a foot race. 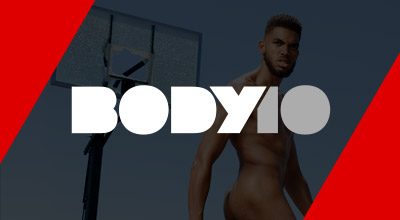 JEMELE HILL: Who came up with the idea that you guys should do the Body Issue as a couple?

HILL: So what was it that made you agree to do it?

RAPINOE: I mean, the Body Issue is just cool. I've done it once before. But even just looking through the magazine every year, it's a celebration of athletes in the way that we look, the muscles, the scars ...

BIRD: I totally agree. I look at it as more of an honor than anything else.

HILL: You guys are the first openly gay couple to be on the cover of the Body Issue. What does that mean to you?

RAPINOE: I think neither of us really wants to just do things and be like, "We're the gay couple." But to have this really unique vehicle to actually do that, to celebrate who we are in our sport, but also the fact that we'll be the first gay couple, is pretty special. It's pretty amazing to think about, especially in the times we're in. Just think of how far we've come, but also the current climate and defiance in the face of that. Not only are we female athletes, but we're dating as well. It's kind of badass.

BIRD: Yeah, I think it'll probably be even more badass later. A year, five years, 10 years, 20 years, to look back and be like, "Oh, they were the first openly gay couple to be on the cover, to be in the issue."