Now that we know the field of 64, what do espnW's Charlie Creme, Graham Hays and Mechelle Voepel think about the bracket? Some quick analysis:

Oklahoma City: Baylor won't have to travel far. Mississippi State was at one point this season considered a No. 1 seed. Washington has the nation's best player in Kelsey Plum. Louisville has beaten Baylor in a regional before. And Tennessee has beaten two of the four No. 1 seeds this year. -- Creme

Oklahoma City: From Mississippi State's defense to Kelsey Plum's singular talent to DePaul's pace to the Siren-like one-game potential of Louisville and Tennessee, Baylor's quadrant of the bracket is a maze of unique challenges. -- Hays

Lexington: The top of this region looks much like it did last year, when it was also in Lexington, and No. 1 Notre Dame didn't make it out then. Standing in the way this year for the Irish might be regional host Kentucky, and then possibly Texas or Stanford; the Cardinal ousted the Irish a year ago. -- Voepel

Stockton: South Carolina might be thankful after all. Miami might be a bit of a reach as a No. 4 seed, and the other top-16 seeds -- No. 3 Florida State and No. 2 Oregon State -- aren't playing their best basketball right now. -- Creme

Stockton: Easiest is a lot different than easy, but there aren't many programs in this part of the bracket that have recent postseason history on their side. -- Hays

Bridgeport: The Huskies actually have lost at their home-away-from-home in Bridgeport before: In 2006, they fell to Duke 63-61 in overtime in the regional final. Nothing like that is likely to happen again. -- Voepel

No. 7 Kansas State vs. No. 10 Drake: The Bulldogs have scored 90 or more points on nine occasions this season. The Wildcats don't mind getting up and down the floor, either, and the atmosphere inside Bramlage Coliseum should be fun. -- Creme

No. 6 Oklahoma vs. No. 11 Gonzaga: The major vs. mid-major narrative is always compelling. And Gonzaga has some NCAA tournament history in Seattle. -- Hays

No. 7 Kansas State vs. No. 10 Drake: Could be fun if both teams are hitting shots. The Bulldogs, who've won 22 in a row, average 8.4 3-pointers per game and are seventh in Division I in scoring average (83.1 PPG). This will be K-State's first NCAA tournament home game since 2003. -- Voepel

No. 4 Louisville vs. No. 5 Tennessee: Anyone would be hard-pressed to find a second-round matchup with more marquee value in this or any other tournament. -- Creme

No. 7 DePaul at No. 2 Mississippi State: It has the potential to be a glorious contrast or, you know, a jarring mess. But the nation's No. 10 scoring offense, with a healthy Jessica January, on the road against the No. 11 scoring defense is fascinating. -- Hays

No. 4 Louisville vs. No. 5 Tennessee: Sounds like a broken record, but no one knows which Tennessee team will show up. The one that beat Notre Dame, South Carolina and Mississippi State would be fearsome. The one that lost twice to Alabama? Not so much. -- Voepel

Team better than its seed

No. 8 Syracuse: The Orange were as competitive with Notre Dame as anyone in the ACC (except NC State), and beat two teams seeded significantly higher. -- Creme

No. 3 Maryland: The committee didn't smile on the Big Ten, but Maryland's rout of Arizona State, win at Louisville and memorable loss against Connecticut made its case. -- Hays

No. 8 Syracuse: The Orange might not get much chance to prove it, with a potential second-round game at UConn. But it's hard to see, among other things, how Syracuse -- a Final Four team last year -- was four seeds worse than ACC mate Miami. -- Voepel

Team worse than its seed

No. 5 Tennessee: The Lady Vols' big wins are nearly unmatched, but the same could be said for a stable of losses that include four outside of the RPI top 100. -- Creme

No. 9 California: No huge issue with the Bears making the field, but it's hard to figure out the math that turns a 6-12 record in the Pac-12 into a single-digit seed. -- Hays

No. 9 California: The Bears have to be happy to even be in the tournament, having gone 6-12 in the Pac-12 and losing six of their last eight games. -- Voepel

Virginia missing the field: The Cavaliers didn't have a great season, but a strong argument can be made that they are better than California or Northern Iowa. -- Creme

Drake's fate: The committee continued its near-annual tradition of ignoring collected wisdom about a mid-major, saying instead that a team ranked No. 20 in the AP Poll is no better than the 37th-best team in the bracket. Then they doubled down by forcing Drake to play on Kansas State's home court in the first round. -- Hays

Michigan: The committee actually seemed to send the entire Big Ten a message with this bracket: You're not very good. The Wolverines finished third at 11-5 in the league, 22-9 overall, but didn't make the field. -- Voepel

Drake and Northern Iowa earning the same seed: It's hard to believe Drake's dominance of the MVC and of UNI didn't earn a better seed than the same No. 10 seed awarded to the Panthers. -- Creme

Northern Iowa: It's a pleasant surprise -- and a puzzler given Drake's fate. Northern Iowa had the misfortune of playing in the same conference as Drake. Three losses to the season's best mid-major, two in overtime, shouldn't and apparently didn't sink the fortunes of a team that also beat Creighton and Kansas State. -- Hays

Both Michigan and Virginia being left out: Clearly, they were bubble teams, but it seemed unlikely both of them would be bypassed while California, Auburn and Northern Iowa all got in. -- Voepel 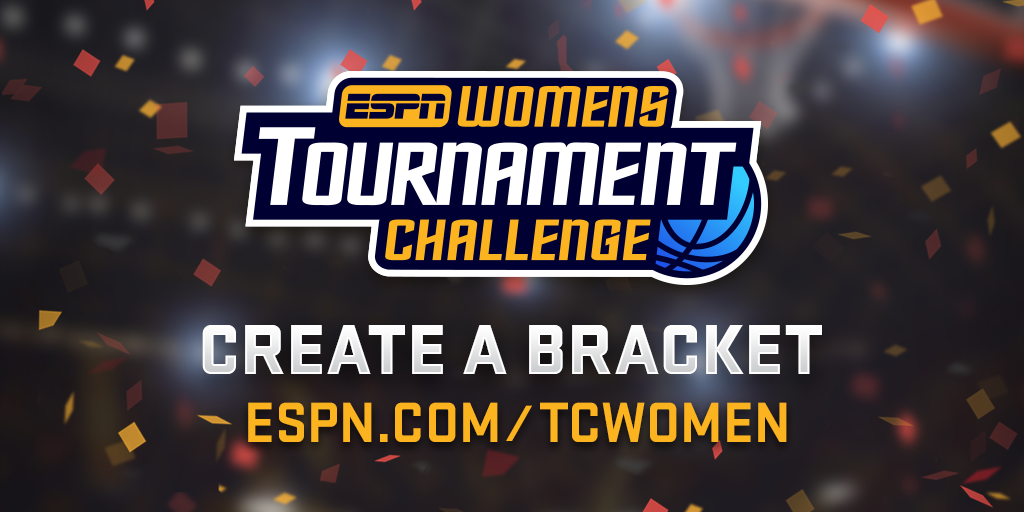 Create up to 25 brackets and compete against ESPN talent, pro athletes, and celebs for all the bracket glory! Play Now for Free!

No. 7 DePaul: The Blue Demons could have some success against some of the higher seeds in their path. -- Creme

No. 10 Oregon: To be clear, the clock would strike midnight before any potential game against No. 1 UConn. But coach Kelly Graves is no stranger to the Sweet 16 and has a team with the athletes to stay on the court. -- Hays

No. 13 Florida Gulf Coast: Might the Eagles challenge No. 4 Miami? It's possible. And if they pulled that big upset, they would be facing either No. 5 Marquette or No. 12 Quinnipiac. -- Voepel

First No. 1 seed to lose

Baylor: The Lady Bears will likely have to get through a Tennessee team -- inconsistent as it is -- that has proven capable of beating the nation's best, or a Louisville team with proven recent tournament pedigree. -- Creme

Notre Dame: This just doesn't feel like a season in which the No. 1 seeds run roughshod. And if one of them isn't going to Dallas, the one that would potentially have to go through Kentucky or Ohio State (in Lexington, Kentucky) and then Stanford or Texas is most at risk. -- Hays

Notre Dame: It's not really that the Irish are looking vulnerable after their fourth consecutive ACC tournament title, but more about their possible regional opponents. The Lexington Regional could very tricky. -- Voepel

Most talent in one region

Bridgeport: UConn has three All-Americans and Maryland brings two of its own. Duke (Lexie Brown) and UCLA (Jordin Canada) have two of the nation's best point guards, and Oregon's Sabrina Ionescu is the espnW national freshman of the year. -- Creme

Bridgeport: The cheeky answer is it's the region with UConn. But this part of the bracket also offers the likes of Monique Billings, Lexie Brown, Jordin Canada, Rebecca Greenwell, Brionna Jones, Sabrina Ionescu and Shatori Walker-Kimbrough. Add them to the three Huskies stars and you have a nice all-star team. -- Hays

Bridgeport: Overall No. 1 seed UConn helps tip the scales, but add in stars from the likes of Maryland, Duke, UCLA, Syracuse, West Virginia and Oregon. -- Voepel

Sabrina Ionescu, Oregon: Perhaps much more of the country can finally see the freshman that led the country in triple-doubles. -- Creme

Sophie Cunningham, Missouri: Picking someone in the same part of the bracket as the defenses at Florida State and Oregon State might be unwise, but Cunningham is an improving, dynamic scorer who didn't shy from this stage a year ago. -- Hays

Evelyn Akhator, Kentucky: The 6-foot-3 senior forward averaged a double-double (15.8 PPG, 10.5 RPG) this season, and has a chance to play as many as four games in Lexington, Kentucky, in the NCAA tournament. -- Voepel