The women's college basketball world received seismic news Thursday evening when UConn announced that reigning national player of the year Paige Bueckers has been cleared to return to game play, and will suit up for the seventh-ranked Huskies on Friday when they take on St. John's. Bueckers has missed the previous 19 games after suffering an anterior tibial plateau fracture and lateral meniscus tear on Dec. 5, which she underwent surgery to repair the following week.

Life without Bueckers was a bit rocky at the start for the Huskies, whose five regular-season losses are the program's most since the 2004-05 season. It took a few months, and six other rotation players missed time due to injury or illness in between, but the Huskies slowly but surely learned how to play without their star point guard. And even before her return was announced, they had started to put together some of their best basketball at the right time.

Heading into Friday's game in Hartford, Connecticut, we look at what Bueckers' return means for UConn and its championship goals.

How much can Bueckers play right away, and how might UConn's lineup change?

The school did not disclose whether Bueckers is on a minutes restriction, but it seems likely that she is and that she'll come off the bench as she eases her way back, particularly with her conditioning. Nearly 12 weeks have passed since Bueckers last played in a game, and coach Geno Auriemma told reporters that while she had been doing individual workouts, Bueckers hadn't participated in team drills until Feb. 16. The Huskies shouldn't be in a position where they'll need to lean on Bueckers to contribute extensively right away anyway, as UConn's final two regular-season games -- the Huskies host Providence on Sunday in Storrs, Connecticut -- are against teams in the bottom half of the Big East standings.

Between all of UConn's injuries and Auriemma's tinkering, the Huskies have used nine different starting lineups this season, most recently going with sophomore Aaliyah Edwards, sophomore Nika Mühl, senior Christyn Williams, senior Olivia Nelson-Ododa and freshman Azzi Fudd. Auriemma will have some decisions to make once Bueckers returns, but at the end of the day, the starters will matter less than which combinations Auriemma turns to most frequently, and which players are on the floor to close out tight games. Assuming she has no setbacks, there's little doubt Bueckers will be on the court in those situations, whether or not she's in prime player-of-the-year form.

How will minutes be distributed among UConn's backcourt players?

There were times this season where UConn had to play with only three guards. Now Auriemma has an embarrassment of riches in the backcourt that includes an All-American and two other No. 1 recruits in their respective classes. That's not to mention Mühl, who helps set UConn's defensive tone, redshirt senior Evina Westbrook, who can do a little bit of everything, and freshman Caroline Ducharme, one of the players most capable of getting a basket when UConn desperately needs one.

In recent games where UConn has had an entirely healthy team aside from Bueckers, Auriemma has fairly evenly distributed minutes among the guards, though often leaning on his seniors for extended minutes.

Mühl, Westbrook and even Williams at times have had to assume Bueckers' duties running the point, but each has seemingly established her own role: defensive intensity from Mühl, a spurt of bench energy and versatility from Westbrook and steady scoring from Williams. Their minutes could fluctuate, but those responsibilities will likely not change much and will still be relied upon even with Bueckers back.

How much time will UConn need to jell and establish a new chemistry, given the team is so different from when Bueckers last played in December?

The pre-Bueckers injury Huskies are a far cry from the team that'll embrace Bueckers back into the fold Friday. The former were entirely too reliant on their star guard, who was averaging 21.2 points per game at the time, more than she'd averaged in her All-American freshman campaign. When they lost to South Carolina 73-57 in the Bahamas on Nov. 22, Ducharme did not play (coach's decision) and Fudd was limited to 10 minutes, hindered by the nagging foot injury that would sideline her for 11 games immediately after. 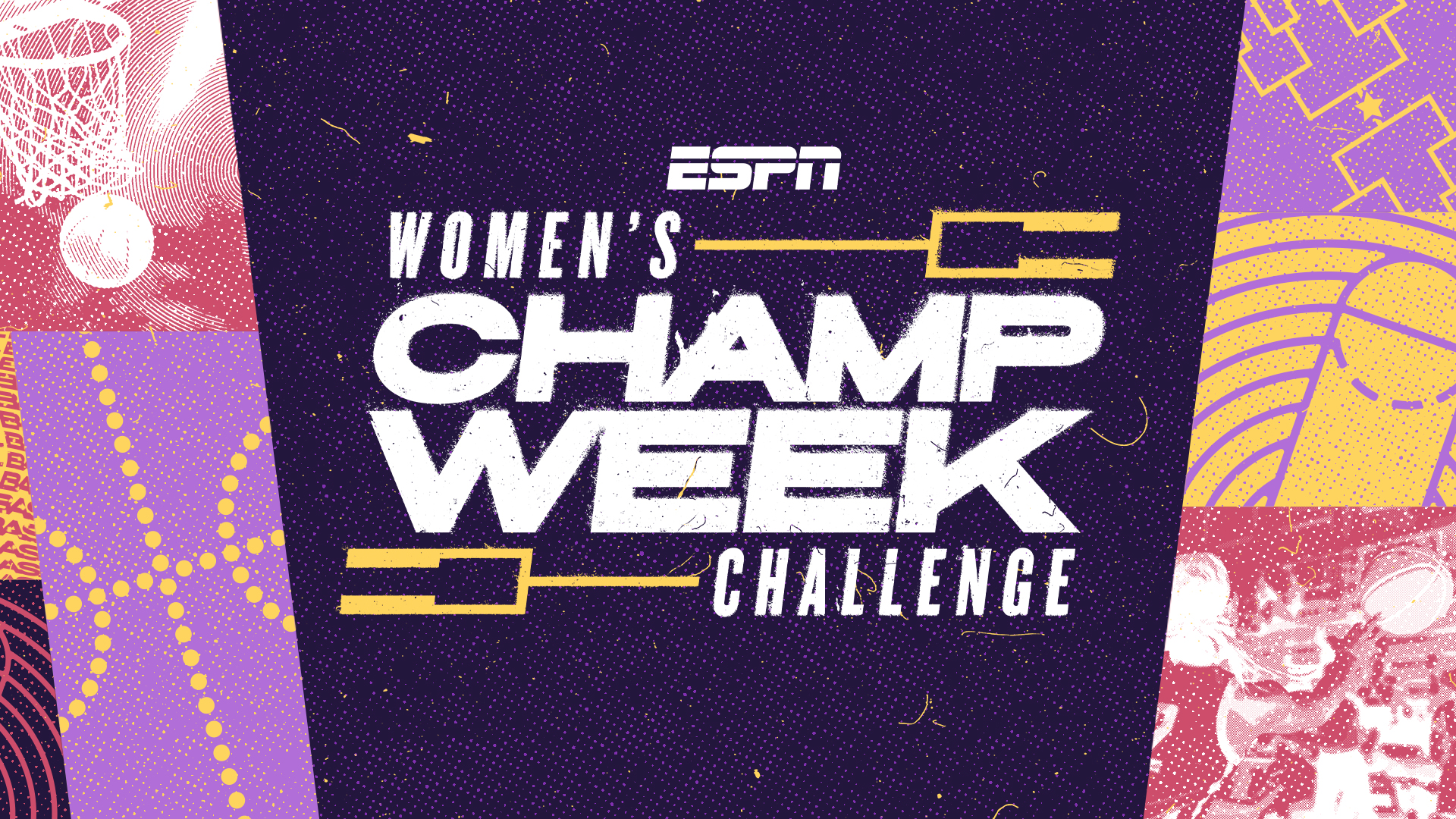 Play for FREE and compete for $10,000 by picking the winners of 12 women's conference tournaments. Make Your Picks

Since the Bahamas, the fully healthy Huskies (sans Bueckers) have barely gotten enough reps together as it is, with only four games under their belts altogether, including the last three in conference play. There have been obvious kinks to work out, and now the team will add another player -- its most important one -- to the mix, altering the chemistry yet again.

Auriemma has said he expects there to be an adjustment period, for both the team and Bueckers individually, once she returns. They have some time to figure all that out, but five games (two to close out the regular season plus presumptively three Big East tournament contests) isn't really a lot when you think about how much time most other teams have had to mesh together.

Who will be UConn's go-to scorer(s) down the stretch?

Ducharme has already shown an ability to get clutch buckets when the Huskies need them (case in point: the game-winning layup on the road at DePaul in January). Fudd has proved she thrives in late-game situations with fourth-quarter outbursts against Tennessee, Villanova and Marquette. And then there are the vets in Williams and Westbrook, who when at their best come through with the poise Auriemma demands of his seniors. Ideally, Auriemma wants to be able to feed whichever player is hot that given night, and for there to be multiple options in who that ends up being.

Even when her team needed her to take over games last season (see: her 31-point onslaught versus South Carolina), Bueckers has always preferred to be a pass-first point guard. We won't know the answers to these questions until we see Bueckers back on the court, or even after a few games, but is she more likely to defer to her teammates upon her return, especially if she's not in her usual form? Does that change in crunch time in tournament play? Or when push comes to shove can we expect the ball to remain primarily in the hands of arguably the Huskies' most proven, and trusted, player up to this point?

What is the Huskies' ceiling? Do they need Bueckers to be her old self to win a title?

The injuries and general inconsistency UConn has experienced this season have made it difficult to properly assess how far the Huskies might go this season. The moments of promise include wins over then-No. 7 Tennessee (without Ducharme and Bueckers) and at DePaul; the lows came in their losses, although in the most recent four it wasn't a fully healthy UConn squad that got beat. Mühl, Bueckers and Fudd were sidelined against Georgia Tech and Louisville (the latter a five-point game); Bueckers, Fudd and Williams were out at Oregon; and Nelson-Ododa, Ducharme and Bueckers were on the bench versus Villanova.

Complete your bracket by selecting the winner for each game of the women's NCAA tournament. Play Tournament Challenge

What do we know about these Huskies? If they can stay healthy, they have depth, not just in being able to provide fresh legs and different combinations but in scoring options. They have a defense that's stout. They are much less one-dimensional than they were in November, much more battle-tested and much more resilient in the face of adversity. Still, they can be turnover-prone and have a ways to go in improving their consistency and toughness.

UConn has grown tremendously since first losing Bueckers, but there's no question that having her on the floor, even if she's not playing at the level she was last season, will still be a net positive. The margin of error against the likes of No. 1 South Carolina and second-ranked Stanford, however, might just get slimmer the further Bueckers is from her typical self.

If you ask the team, though, the sky's the limit for the Huskies come March.

"We're going to be a nasty team with everyone healthy," Fudd said after UConn took down Tennessee earlier this month.