Inside The Orpheum, an Ybor City nightspot just outside Tampa, Florida, LuFisto found herself in the main event of Shine 40, competing for the all-women promotion's title in a triple threat match. It's mid-January, and she's a long way from where she started some 20 years ago in Montreal.

After utilizing some "veteran cunning," she won the Shine championship, a career highlight among the 20-plus titles LuFisto has held in her two decades in the world of wrestling. That an all-women's promotion could exist, let alone several high-level companies in North America, when LuFisto started her career was a pipe dream and yet, at the age of 37, she and many others are enjoying the fruits of all of the efforts that have been sunk into making that a reality.

Long before the "women's revolution" led the WWE to put the spotlight on the in-ring wrestling product in multiple women's divisions, the evolution of women's wrestling was a far longer and slower grind and meticulous effort from several truly determined wrestlers. For LuFisto, her fights ran the gamut from those questioning her abilities, inter-gender matches, hardcore matches that helped make her name and, ultimately, against women to help her forge a path for all who followed.

"I always say to the younger girls, 'You have no idea how easy it is today,'" said LuFisto, during a recent interview with ESPN.com. "But it is such a good thing, because it's been a long road for all the women that were trying to make a name for themselves." 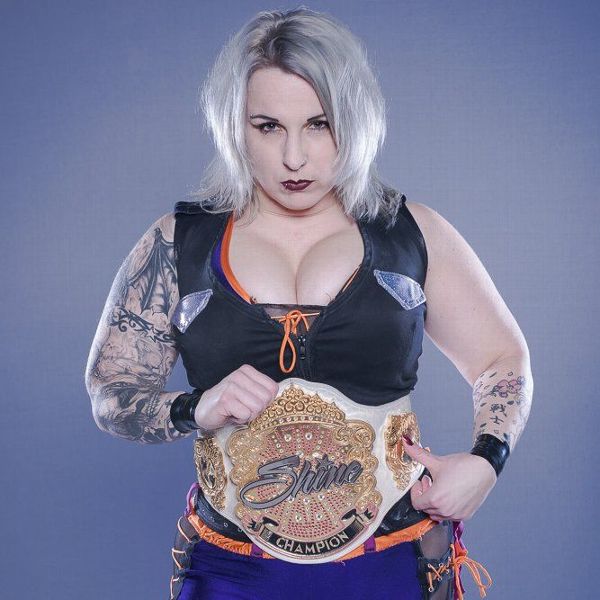 As a child of the late 1980s and early '90s, Gen Goulet came to wrestling the same way a lot of others did in that era -- by the glow of a television.

"My first memories of wrestling are of watching it with my grandma. She liked Hulk Hogan and I liked the Ultimate Warrior," said Goulet. "And then I kinda stopped watching it around probably when I was eight years old."

After leaving wrestling behind for the better part of four years, a childhood bandmate who was really to wrestling at the time managed to convince Goulet to tune in. The major rivalry at that time on WWF TV was between The Undertaker and Yokozuna, and the over-the-top characters pulled her back in. But it was women's wrestling, which was just starting to make a resurgence thanks to a previously unseen physical style, that immediately struck a chord and ultimately changed her life.

"At the same time, Alundra Blayze was there and she was wrestling Bull Nakano," recalled Goulet. "One of my other friends showed me Japanese women's wrestling, back in the days when we had to order tapes. I think that's exactly where my love of wrestling really started being more than just, 'I'm a fan,' to the point where I'd love to do this. The Japanese women wrestlers were so incredible; they were strong and they were intense."