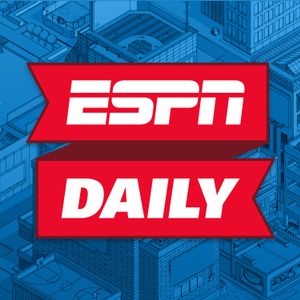 The NFC West is perhaps the most competitive division in the NFL. The 49ers are the only undefeated team in the NFL (8-0). The Seahawks (7-2) are led by Russell Wilson, having a MVP-candidate season. Then, there are the LA Rams. Just 9 months removed from a Super Bowl appearance, the Rams suffered another disappointing loss yesterday, this time in Pittsburgh, leaving them third in the NFC West. Bill Barnwell joins Mina Kimes to break down the Rams struggling offense. Then, ahead of Monday Night's monster NFC West showdown, former Seahawks DE Cliff Avril goes inside Seattle's rivalry with the 49ers.

Beyond Soccer: Why Diego Maradona Meant Everything
Dec 2, 2020

Rachel Nichols On NBAs Return To Action Outside The Bubble
Dec 1, 2020