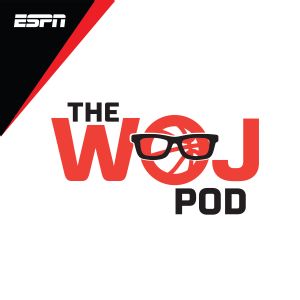 Father and son NBA and NFL visit with Detroit Pistons Senior Advisor Ed Stefanski and Cleveland Browns coach Kevin Stefanski on The Woj Pod. The Stefanski's discuss the influence that Ed's front office career has had on Kevin's development as an NFL coach, including witnessing the Nets remarkable 2002 NBA Finals run, learning how a GM and coach need to build working relationships, virtual drafts, Ed's dubious future candidacy as Kevin's quality-control coach on the sidelines.