LAKE OSWEGO, Ore. -- When JJ Birden retired from the NFL in 1996, he always knew he'd go into business for himself after his playing days were over.

Birden just didn't imagine he would be selling chocolate. 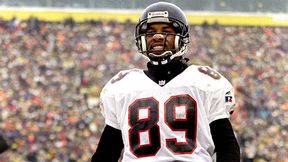 Today, Birden, 45, is an executive with Team X 88 in Lake Oswego, Ore., a company that sells delicious healthy dark chocolate products that the company says work as an anti-inflammatory.

It all started two years ago when Birden went online to find a remedy for his post-gridiron aches and pains. That research evolved into a direct-selling endeavor with Team X 88, working with accounts in Los Angeles, Atlanta, New York, Sweden, Denmark, South Africa and Norway to name a few.

"People will try the chocolate and then they'll be overwhelmed. I tell them to try it and see how their body responds. It's been one of the best decisions I've made since retiring."