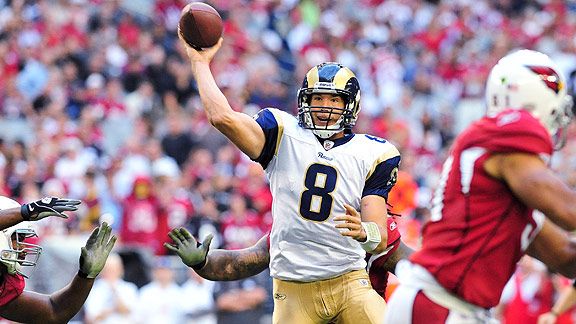 • Green Bay quarterback Aaron Rodgers has thrown a mind-boggling 52 touchdowns and just two interceptions in the red zone in his NFL career.

• Chiefs running back Jamaal Charles in on pace to become just the fourth RB in NFL history to average more than 6 yards per carry in a single season (with a minimum of 150 attempts). The other three are Hall of Famers Jim Brown, Barry Sanders and Joe Perry.

• Over the past two years, Colts quarterback Peyton Manning has thrown 71 percent of his interceptions during the second half of the season.