The text of the Stanford Tree's emergency address to the nation, following the attacks on Toomer's Corner: 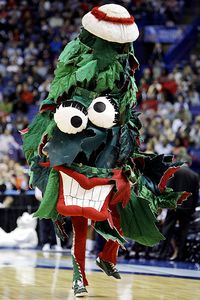 AP Photo/Mark HumphreyNo trees were harmed in the stating of this statement.

Last month, our fellow trees, our way of photosynthetic life, and our very freedom to provide both shade and a justification for leaf blowers came under a deliberate and premeditated attack.

As you know, an Alabama man allegedly poured herbicide around the oak trees in Toomer's Corner at Auburn University. The victims were 130 years old, beloved by all, a thread in the fabric of campus life. They are our brothers and sisters -- our monoecious and dioecious siblings, if you will -- and their apparent poisoning has filled us with disbelief, sadness and a quiet, unyielding anger.

This wanton act of unprovoked anti-arboreal aggression will not stand.

The attacks were in service of a hateful, rivalry-driven ideology. The threat of Roll Tideism is real. But make no mistake: It is not the way of trees. We are a peaceful lot. We are -- both literally and poetically -- giving. We provide shelter, kindling, an object to climb, a place for children's forts, raw material for building frames, props for professional wrestling, parquet floors for basketball, and fine paneling for both private jet interiors and ultra-posh locker rooms, both of which impress football recruits. And in return? We are deluged with man-made acid rain, hacked down with impunity in the Amazon and elsewhere, used and discarded at Christmas -- left to shrivel and rot, dusted with tinsel and broken dreams, on the world's curbs -- never consulted during global warming discussions -- hello? -- and appropriated for online lending endorsements without a single dime of compensation.

For years, the brave oaks of Auburn suffered the indignity of being covered with toilet paper -- made from slain trees! -- following Auburn football victories. We did nothing. Said nothing. We are trees. We were pretty happy with the decline of newspapers and the rise of e-readers. But no longer. No more. Now, we rise. From this moment forward, we fight back with all of our might, with every resource at our disposal. Let the world hear us, loud and clear: The next time an acorn falls on your head, it won't be the result of gravity and bad timing. It will not be an accident.

Tonight, we are all Toomer's Corner.