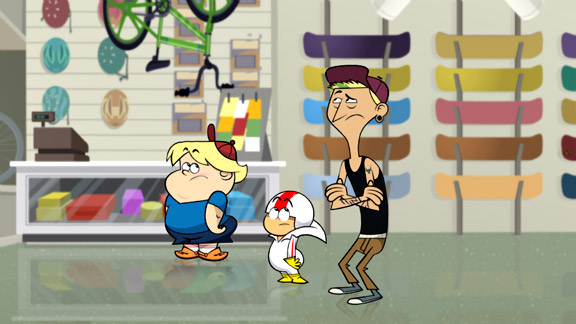 Tony Hawk will dominate yet another arena on Saturday morning, when Disney XD has a marathon honoring the pro skateboarder. Hawk will appear on "Take Two with Phineas and Ferb" and Hawk's recurring character Hush, a skate and bike shop manager, will debut on "Kick Buttowski -- Suburban Daredevil." The marathon will also include episodes of "Zeke and Luther" and "The Suite Life of Zack & Cody" featuring or referencing the legendary skater. In addition, throughout the morning, Disney XD will air "Real Deals with Tony Hawk," a series featuring interviews with Hawk by "Zeke and Luther" stars Hutch Dano and Adam Hicks. The shows will air from 8:30 a.m. to 11:00 a.m., Eastern and Pacific times.