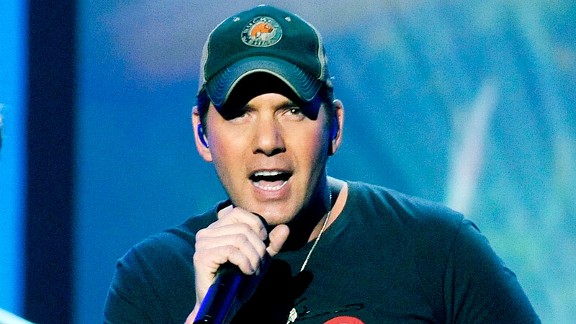 AP Photo/Chris PizzelloRodney Atkins isn't picking a side between the Giants and the Cowboys.

Atkins and his friends are stuffing special care packages to be sent to Dallas servicemen and women serving overseas this holiday season. For every bag stuffed, Crown Royal will donate $10 to the Texas Wildfire Relief Fund, a nonprofit organization committed to generating awareness and garnering support for Texas volunteer firefighters.

Then, Atkins is scheduled to perform a free concert.

"We need to put the spotlight where it belongs -- on the heroes of this country," said Atkins, who released his fourth CD -- "Take a Back Road" -- in October, spawning the No. 1 title song hit. "Me performing is a way to show thanks for people coming out to support this great cause."

Atkins, who was born and raised in Tennessee, isn't picking sides on the game, though. He wants all fans to support him.

"You know I can't pick a winner! I'm a football fan, and I love sports," Atkins said. "I just love being involved with this event today. Sports is a great distraction in this world."