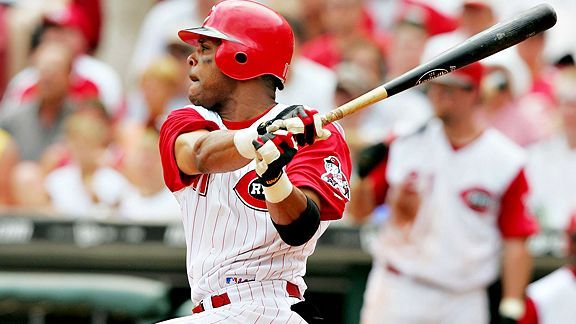 Larkin, on the ballot for the third time, was the only player voted in on the ballot, and will join the late Ron Santo, elected last month by the Golden Era Committee getting inducted.

Larkin was a 12-time All-Star, nine-time Silver Slugger award winner, and star for the 1990 Cincinnati Reds team that won the World Series.

Larkin is one of five players who played at least half their games at shortstop, who finished with at least 2,000 hits and 150 home runs, along with Hall of Famers Cal Ripken Jr., Robin Yount, Alan Trammell and Joe Cronin (Ernie Banks isn’t listed because he played more games at first base than shortstop).

From 1986 to 2004 (the span of his playing career), Larkin ranked in the top three among shortstops in batting average, on-base percentage, runs scored, hits, stolen bases, and runs batted in. He made nine Silver Slugger teams. The only infielder to make more is Alex Rodriguez.

Larkin was successful on 83 percent of his stolen base attempts, the fifth-best career rate for anyone with at least 200 stolen bases.

Larkin fares very well in advanced metrics, rating as the 10th best shortstop all-time, using both the Fangraphs and Baseball-Reference.com versions of Wins Above Replacement. If we include Banks in the discussion, his WAR rates sixth-best among those who debuted since World War II ended (1945).

Larkin’s trademark was that he was one of the toughest players in baseball to strike out. He ranked in the top 10 in his league in that category six times, leading the NL in being toughest to whiff in 1988. He finished his career with 817 strikeouts and 939 walks in 9,057 plate appearances.

Larkin joins the likes of fellow Reds such as Joe Morgan and Johnny Bench as Hall of Fame inductees. He rates among the top three Reds all-time in games, runs, hits, extra-base hits, walks, and stolen bases.